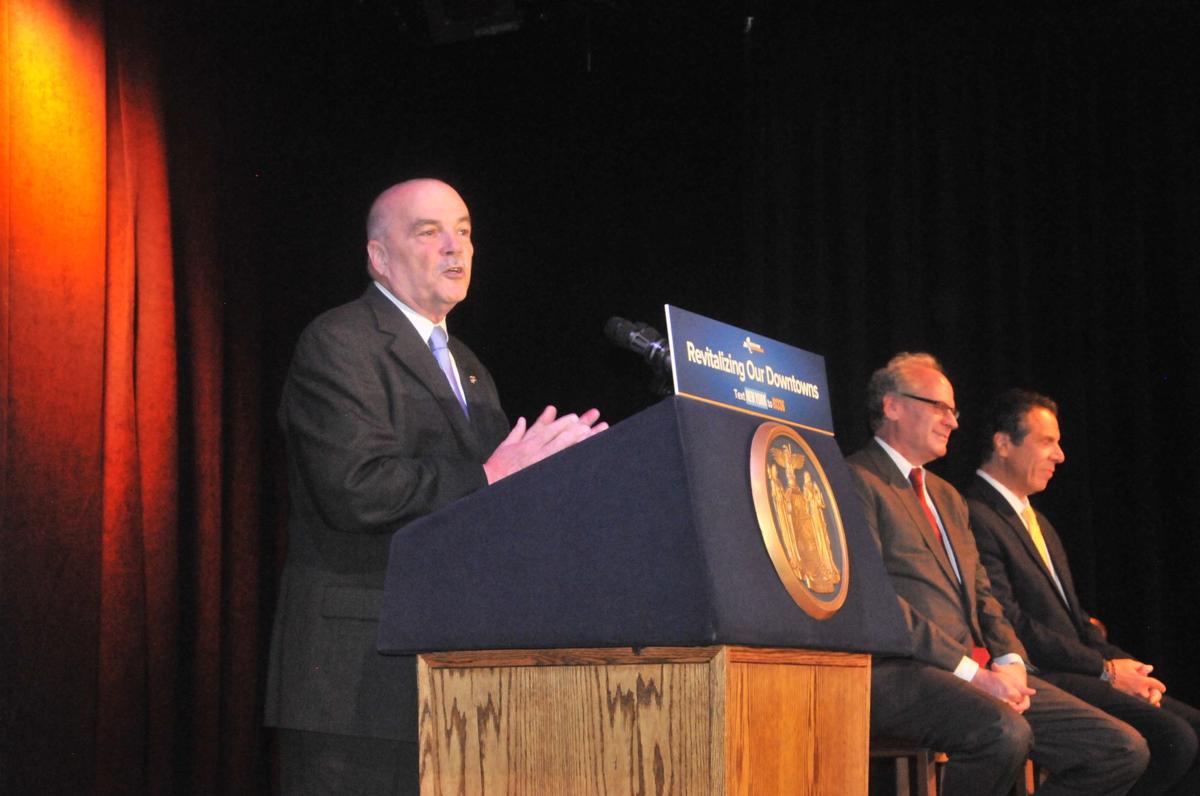 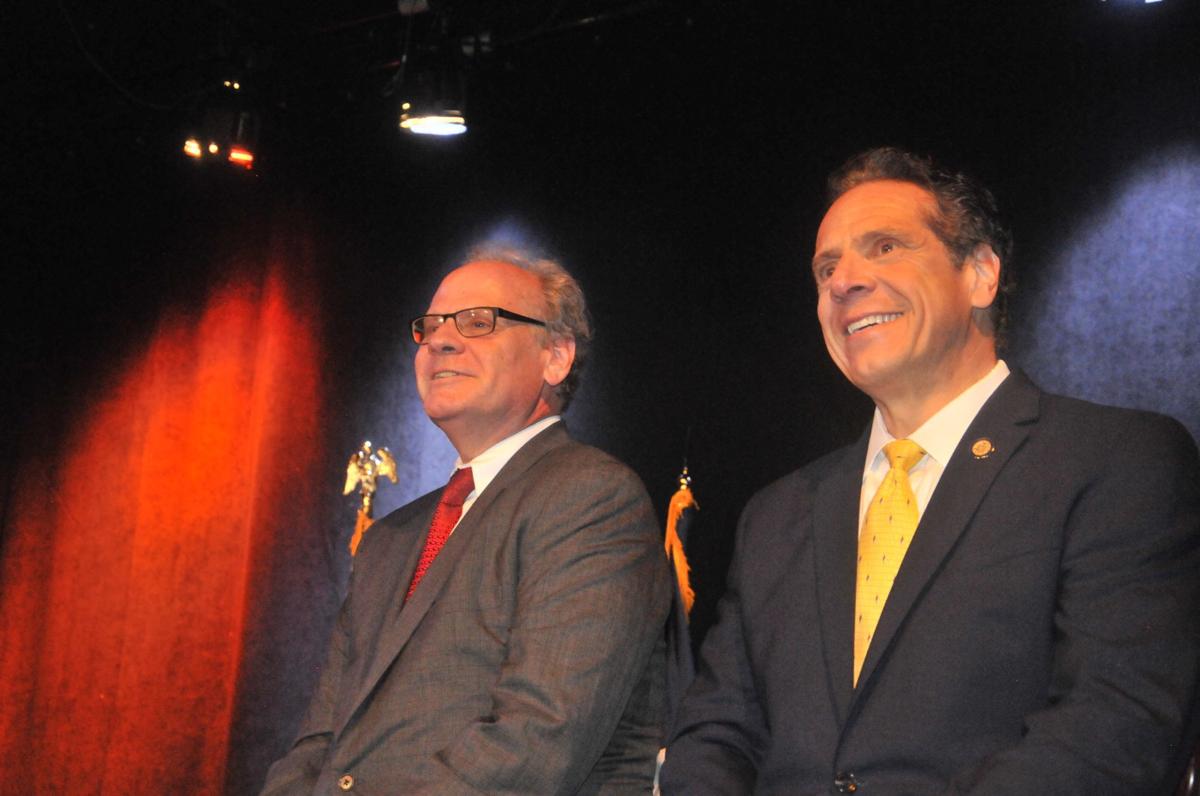 AUBURN — The third time is the charm.

Gov. Andrew Cuomo visited Auburn Friday to announce that the city has won a $10 million grant in the third round of the state's Downtown Revitalization Initiative. The program, which launched in 2016, awards $100 million to 10 municipalities — one in each of the state's regional economic development councils.

Auburn applied for the grant in 2016 and 2017, but lost to Cortland and Oswego in the past competitions. This year, the city was the Central New York Regional Economic Development Council's choice for the award.

"I know that you have competed before, but I believe those attempts and those exercises actually made your plan," Cuomo told a capacity crowd at Auburn Public Theater. "You sat and you learned and you grow and you see the evolution of your downtown plan."

Gov. Andrew Cuomo's announcement at Auburn Public Theater on Friday, July 27, 2018, that the city of Auburn was the central New York winner in…

The city's proposal for the 2018 competition seeks to invest $44.3 million — the $10 million grant and private funds — into the downtown area. City officials conducted an outreach effort to develop the plan, which was titled "This Place Matters."

Some of the projects outlined in the report include $1.5 million for improving the East Hill Family Medical Center, $1.2 million for a public safety facility, $1.1 million for an arts campus on the city's west end and $300,000 to expand Auburn Public Theater.

The next phase for the city will be to develop a strategic investment plan. Up to $300,000 from the $10 million award will be used for the planning process, according to the governor's office. A local planning committee will spearhead the drafting of the strategic plan to determine how to best invest the state funding.

Auburn's plan will be completed sometime next year. But for now, city officials are celebrating their victory.

"This is a great day for Auburn and for the entire region," said Auburn Mayor Michael Quill.

The event also gave Cuomo an opportunity to highlight his economic development record over the past eight years. He is seeking a third term as governor and is facing a primary challenge from fellow Democrat Cynthia Nixon. The Republican nominee is Dutchess County Executive Marc Molinaro.

Cuomo touted his focus on upstate New York. He said his administration has invested more than $36 billion in upstate projects since he took office in 2011. One of the initiatives that has provided money to upstate municipalities is the Downtown Revitalization Initiative.

One reason why Cuomo created the competitive grant program is that young people are returning to New York. Younger residents, he explained, prefer living in or near downtown areas because of the close proximity to the arts scene, their employers and local restaurants.

"That's what they like," Cuomo said. "They want a downtown that offers it all."

Cuomo also offered praise of Auburn. It's a city that is quite different from when he last appeared at the Auburn Public Theater in 2010. When he campaigned for governor eight years ago, the State Street corridor was littered with vacant structures and the economic downturn was still being felt.

In 2018, the city's downtown area is experiencing a renaissance. It's home to a thriving arts scene, two craft breweries and several bars and restaurants.

Not far away from Auburn Public Theater, the $10 million Equal Rights Heritage Center is being constructed across from city hall. The new facility is scheduled to open this fall.

"I love Auburn, Cuomo said. "I hope you don't take it for granted. It is a jewel. It really is a jewel."

The Citizen's political blog, Eye on NY, covered many stories in 2018. Here is a list of the top 10 most-read stories published on the blog th…