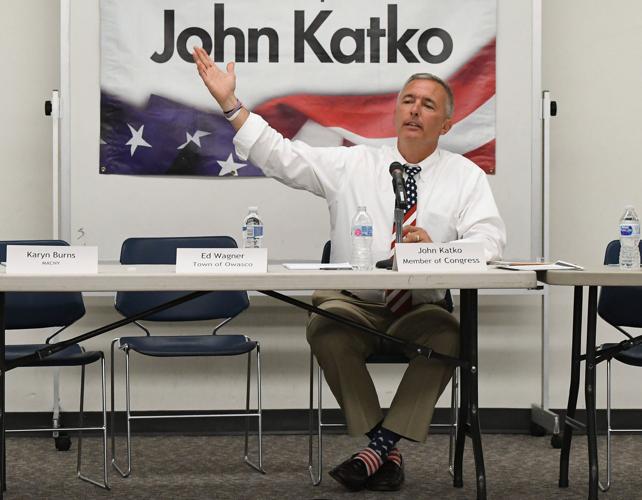 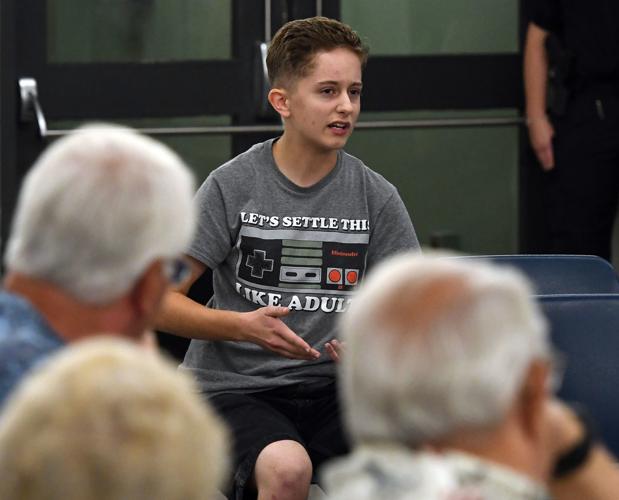 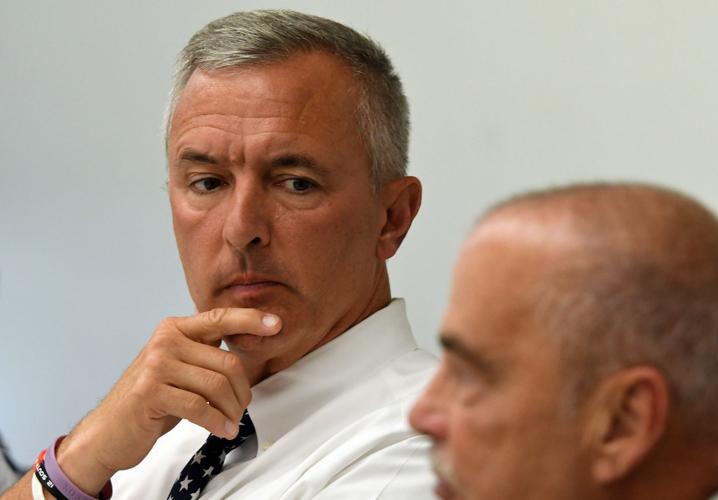 AUBURN — The Interstate 81 project in Syracuse and a possible gas tax hike were among the subjects discussed at U.S. Rep. John Katko's latest public forum Thursday.

A panel of central New York business leaders and elected officials joined Katko, R-Camillus, to discuss infrastructure at Cayuga Community College's student lounge. A bulk of the conversation focused on the fate of the I-81 viaduct in Syracuse and how the project should proceed.

A state-funded study released in December found that a tunnel option would be "technically feasible." New York was already considering two other options: A community grid or constructing a new viaduct.

Katko, a member of the House Transportation and Infrastructure Committee, hasn't taken a position on which alternative he believes is best for I-81. He has said that he will leave that decision up to local stakeholders, and he will advocate for the federal funding to advance the project.

But at Thursday's forum, Katko expressed concern about the impact a community grid would have on truck traffic in western Onondaga County towns and Cayuga County. He recalled a recent visit to Skaneateles cafe where he counted 17 trucks pass by in one minute.

"There's nothing in the plans that I've seen so far that accounts for the increased stress on local infrastructure," he said.

Some members of the panel shared Katko's view. Auburn Mayor Michael Quill said his concern with the project is truck traffic using streets in Auburn and local roads instead of I-81.

As a former fire chief, Quill also worries that trucks transporting hazardous materials will bypass I-81 and use local roads.

"That's what I'm concerned about is the refuse coming up from downstate, out of state, coming up (on trucks) along our lakes, spilling into our lakes and contaminating them," he said.

Katko outlined the three proposals under consideration for replacing the I-81 viaduct. Earlier this year, the state Department of Transportation said it plans to have the preliminary draft environmental impact statement with a "preferred alternative" ready to submit to the Federal Highway Administration in early 2019.

While Katko doesn't have a preference, he believes central New York should be able to secure significant financial support for the I-81 project. He cited examples of downstate projects that have received funding, including multi-billion improvements to two New York City-area airports and the new Mario M. Cuomo Bridge.

"This project could be transformative for central New York," he said.

Funding other infrastructure projects — specifically road improvements — was another issue raised during the forum. The federal gas tax is 18.4 cents per gallon and hasn't increased in 25 years.

A bipartisan working group led by Katko released an infrastructure plan this year that included a proposal for bolstering the Highway Trust Fund, which provides financial support for road improvements. The primary funding source for the trust fund is the gas tax.

One idea floated by Katko and other members of Congress is indexing the gas tax to the rate of inflation or the consumer price index.

He received support for a possible gas tax hike from Rick Lee, CEO of Centro and one of the panelists at the forum. Lee said his agency is part of a state association that supports a gas tax increase.

Lee explained how Centro would benefit if the Highway Trust Fund is stable. It could provide additional money to buy buses or invest in other infrastructure repairs within the Centro system.

"The notion of increasing the gas tax a little bit in order to supply a stream of funding, I think and our organizations think, is a very wise move," he said.

Following the hour-long infrastructure discussion, Katko took questions on other subjects for an additional hour. It was similar to what he did at a Wayne County forum last week when he took questions on veterans-related issues in the first hour and then answered questions on health care, taxes and other topics in the second hour.

One of the questions in the second half of the forum was whether he would support slashing Medicare and Social Security help erase the $1.5 trillion deficit created with the passage of the tax overhaul last year.

Katko, who voted for the tax reform measure, has said that if the tax cuts help the economy to grow, it would erase the deficit on its own. But he pledged to oppose efforts that would chip away the social insurance programs.

"I am not going to vote to cut Medicare or Medicaid or Social Security. I'm just not," he said.

The forum was Katko's first in Cayuga County since 2016, when he held a discussion about the opioid epidemic at Cayuga Community College. He's held 11 public forums since taking office in 2015.