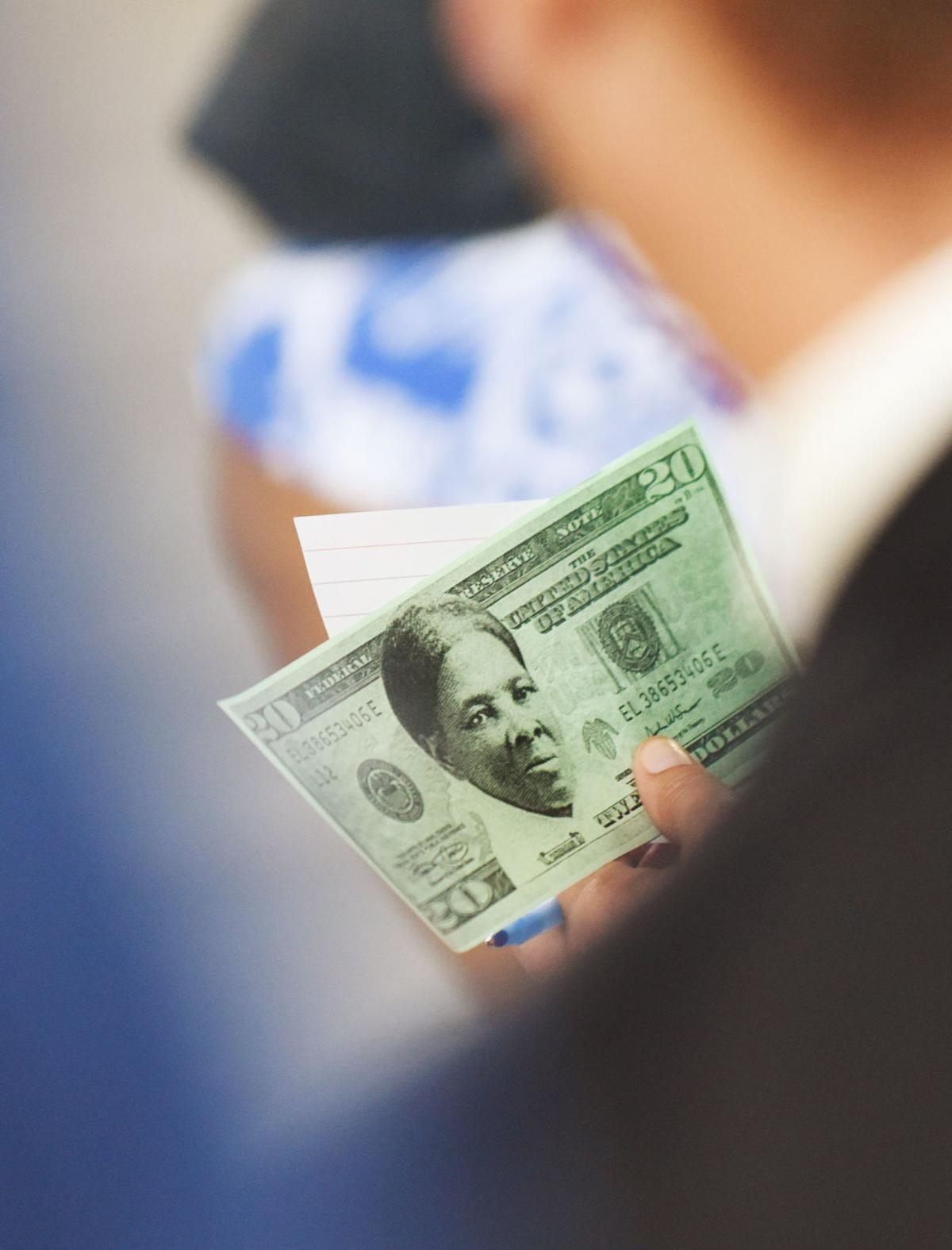 Fake $20 bills with Harriet Tubman's face are passed around during a town hall meeting held Aug. 31, 2015, by the U.S. Treasury Department at the Wesleyan Chapel at the Women's Rights National Historical Park in Seneca Falls. 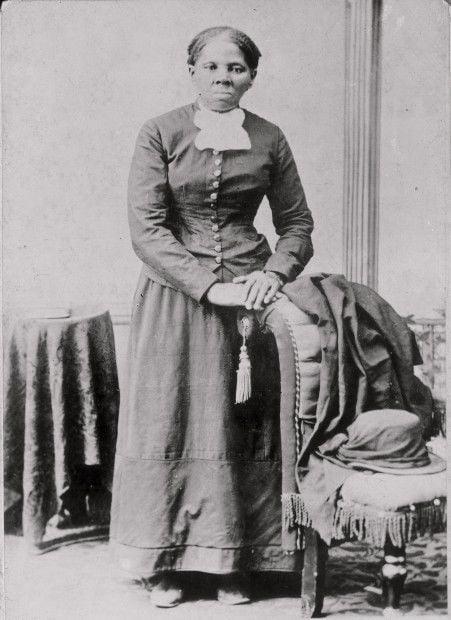 Harriet Tubman will become the new face of the $20 bill after all.

The U.S. Treasury announced Wednesday several changes to paper currency, including Tubman replacing Andrew Jackson on the front of the $20 bill.

Treasury Secretary Jack Lew said Jackson and an image of the White House will appear on the back of the note.

Lew also revealed that Alexander Hamilton will remain the face of the $10 bill. The back of the money will be redesigned with images of five women's rights leaders — Susan B. Anthony, Lucretia Mott, Alice Paul, Elizabeth Cady Stanton and Sojourner Truth.

And the $5 bill will be revamped to recognize events that occurred at the Lincoln Memorial. The rear side of the currency will feature Marian Anderson, Martin Luther King Jr. and Eleanor Roosevelt.

Abraham Lincoln will remain in the front of the $5 bill.

Lew unveiled plans last year to place a "notable woman" on the $10 bill. He requested feedback from the public to determine which woman should be recognized on the money.

In a letter published online Wednesday, Lew said the response was "powerful." Some of the feedback suggested that the Treasury skip the $10 bill redesign and focus on the $20 bill. Others recommended exploring changes to other bills.

From the input the agency received, Lew said he's directing the Bureau of Engraving and Printing to accelerate plans to redesign the $5, $10 and $20 bills.

"We already have begun work on initial concepts for each note, which will continue this year," he said. The target date to release the new bills is 2020 — the 100th anniversary of the 19th amendment, which gave women the right to vote.

Lew also explained why the Treasury decided to make Tubman the new face of the $20 bill. He said the agency received thousands of responses from Americans who pushed for Tubman to appear on paper currency.

"I have been particularly struck by the many comments and reactions from children for whom Harriet Tubman is not just a historical figure, but a role model for leadership and participation in our democracy," he said. "You shared your thoughts about her life and her works and how they changed our nation and represented our most cherished values."

When Lew first announced plans to alter the $10 bill, there were critics who said it wasn't good enough — that a woman or women should appear on the $20 bill. Others were concerned with the possibility of Hamilton being removed from the note.

The effort to keep Hamilton on the $10 bill gained more attention with the success of "Hamilton," a hit Broadway musical.

Before Treasury announced its initial plan to change the $10 bill, Women on 20s, a group which formed with the goal of putting a woman on paper currency, held an online vote to determine who should replace Andrew Jackson on the $20 bill.

While it was a symbolic vote, Tubman won the competition.

Tubman, an abolitionist and civil rights icon, was born on Maryland's Eastern Shore and spent the latter half of her life living in Auburn.

Cayuga County sites associated with Tubman's life, including her residence and the Home for the Aged on South Street, will become part of the Harriet Tubman National Historical Park.

The park is in the process of being formally established by the National Park Service.

Harriet Tubman Home Executive Director Karen Hill said the Treasury's announcement is a cause for celebration.

"This helps us with our park in Auburn," she said. "It's all coming together very nicely."

Laurel Ullyette, president of the Harriet Tubman Boosters Club, said Tubman having a prominent place on paper currency will help bring more attention to her story.

"It's going to be a constant reminder to people of the importance of her work and the work that still needs to be done," she said.

U.S. Sen. Chuck Schumer called it a "double win for New York — Hamilton on the $10, Tubman on the $20 — linking upstate and downstate." U.S. Sen. Kirsten Gillibrand said in a phone interview that it's an exciting development for Auburn.

"To be on the $20 bill is a testament to not only New York's history, but the civil rights movement and how much she did for America and our history," Gillibrand, D-N.Y., said.

U.S. Rep. John Katko, who represents Auburn, was a proponent of putting Tubman on U.S. paper currency. He introduced legislation last year to place the abolitionist's likeness on a denomination of money.

In a statement, Katko, R-Camillus, said the Treasury's decision is "tremendous news" for Auburn and central New York.

"This designation is a fitting tribute to a woman who escaped slavery and devoted her life to advancing the freedom and equality of African Americans and the rights of women," he said.

"Just as her home in Auburn, Cayuga County, stands as a landmark to her incredible history, this distinction will ensure that Harriet Tubman's legacy endures for generations yet to come," he said.

Tubman's $20 selection to be celebrated in Fayetteville

Friday, Aug. 26 — Women's Equality Day — will be the day of "Celebrate the Tubman $20," an event commemorating Harriet Tubman's selection by t…

This year's Harriet Tubman Pilgrimage will proceed as it always has. But perhaps never before has the historical event felt so of the moment.

Fake $20 bills with Harriet Tubman's face are passed around during a town hall meeting held Aug. 31, 2015, by the U.S. Treasury Department at the Wesleyan Chapel at the Women's Rights National Historical Park in Seneca Falls.