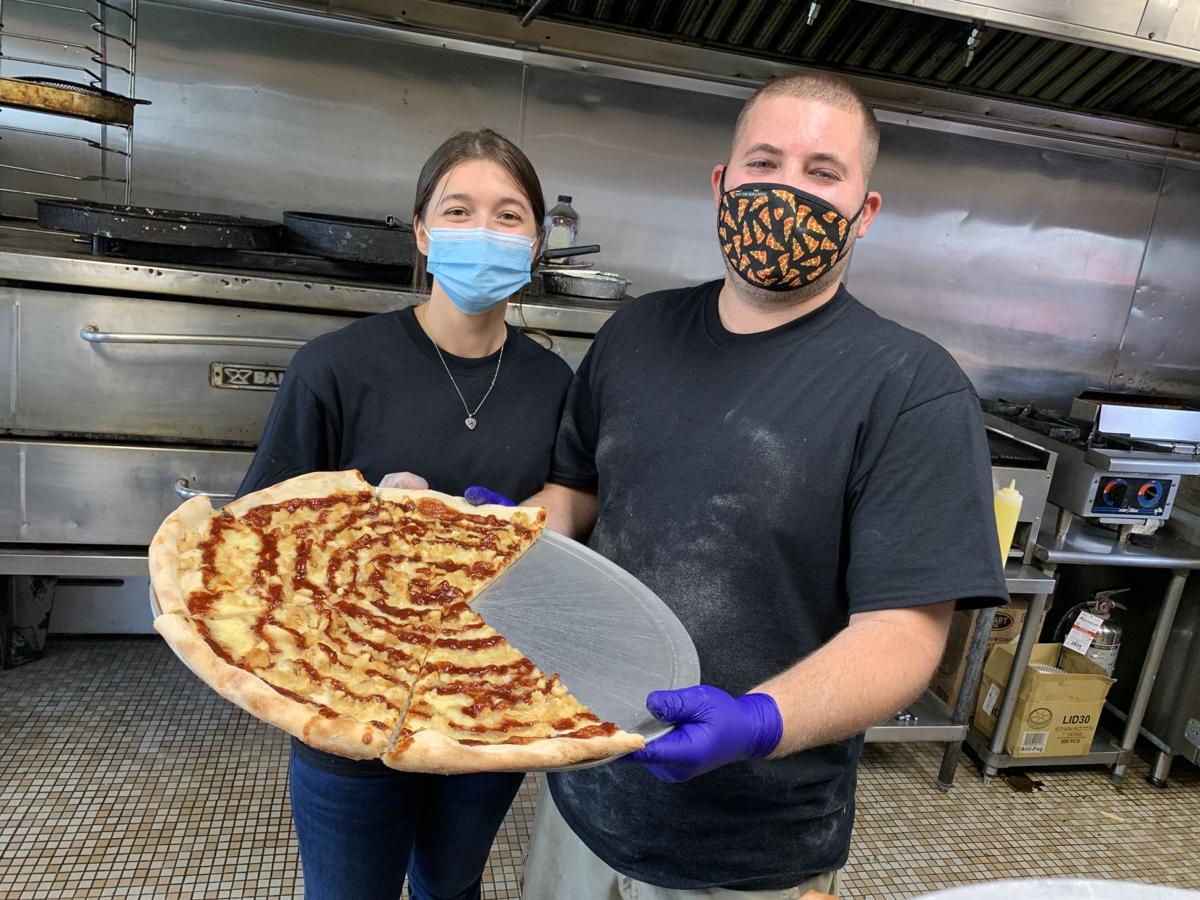 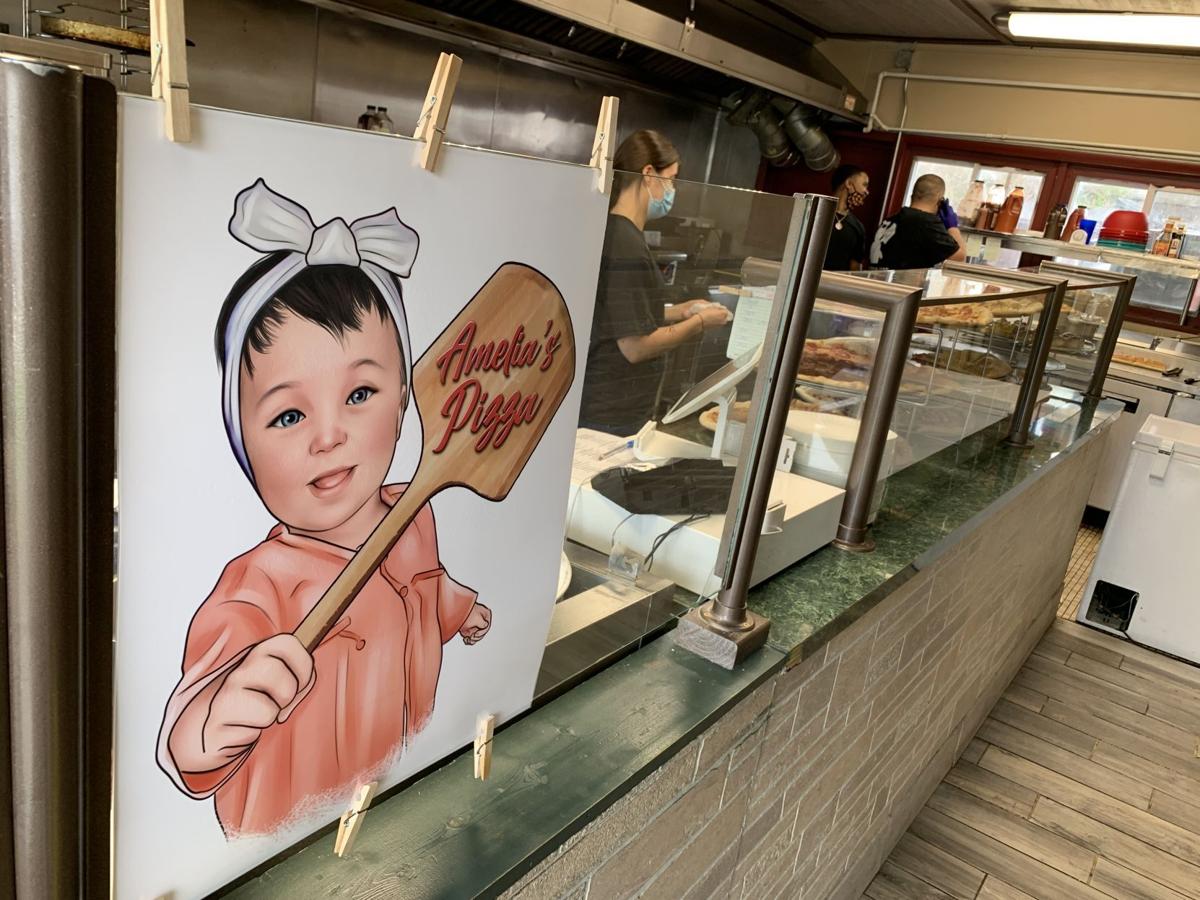 The logo of Amelia's Pizza, which succeeds BB's Pizza at 250 Genesee St. in Auburn. 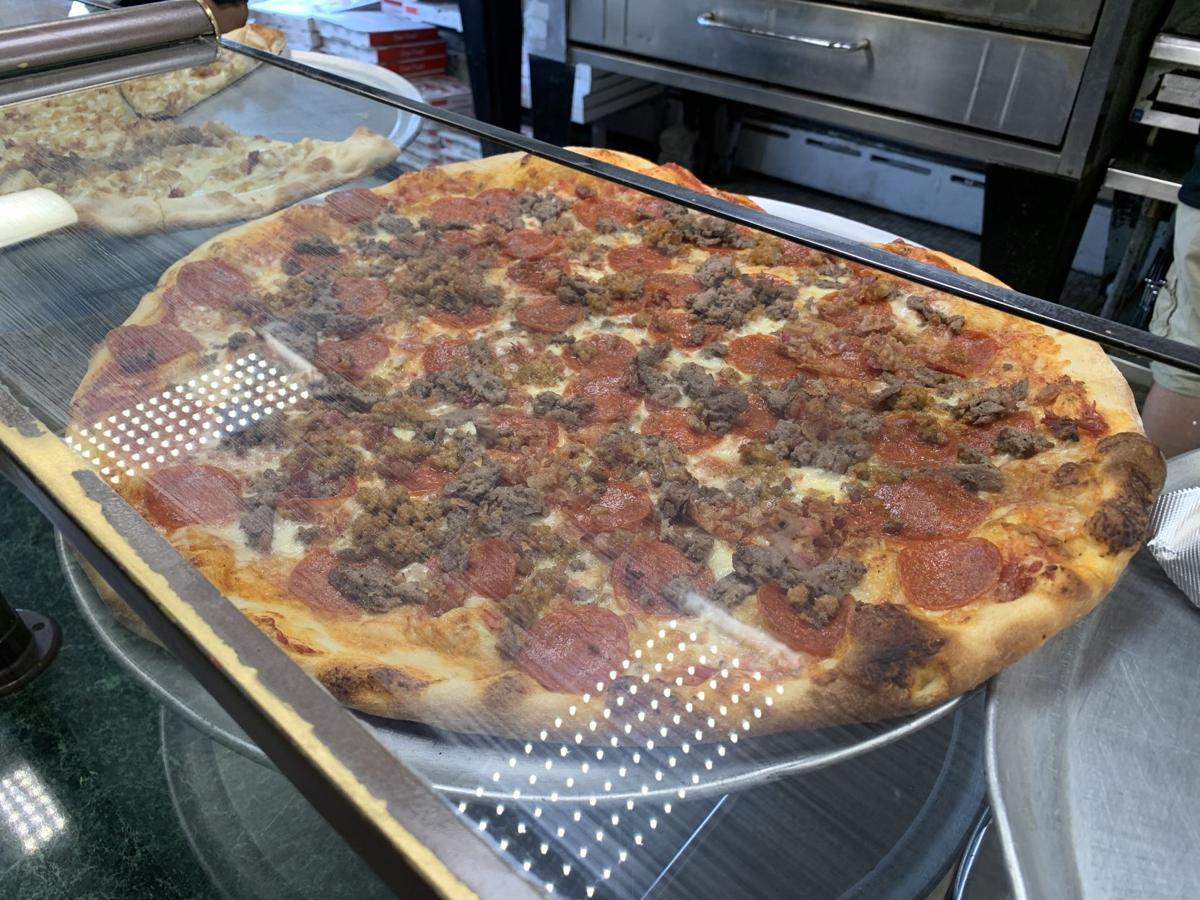 A meat lover's pizza on the counter of Amelia's Pizza at 250 Genesee St. in Auburn. 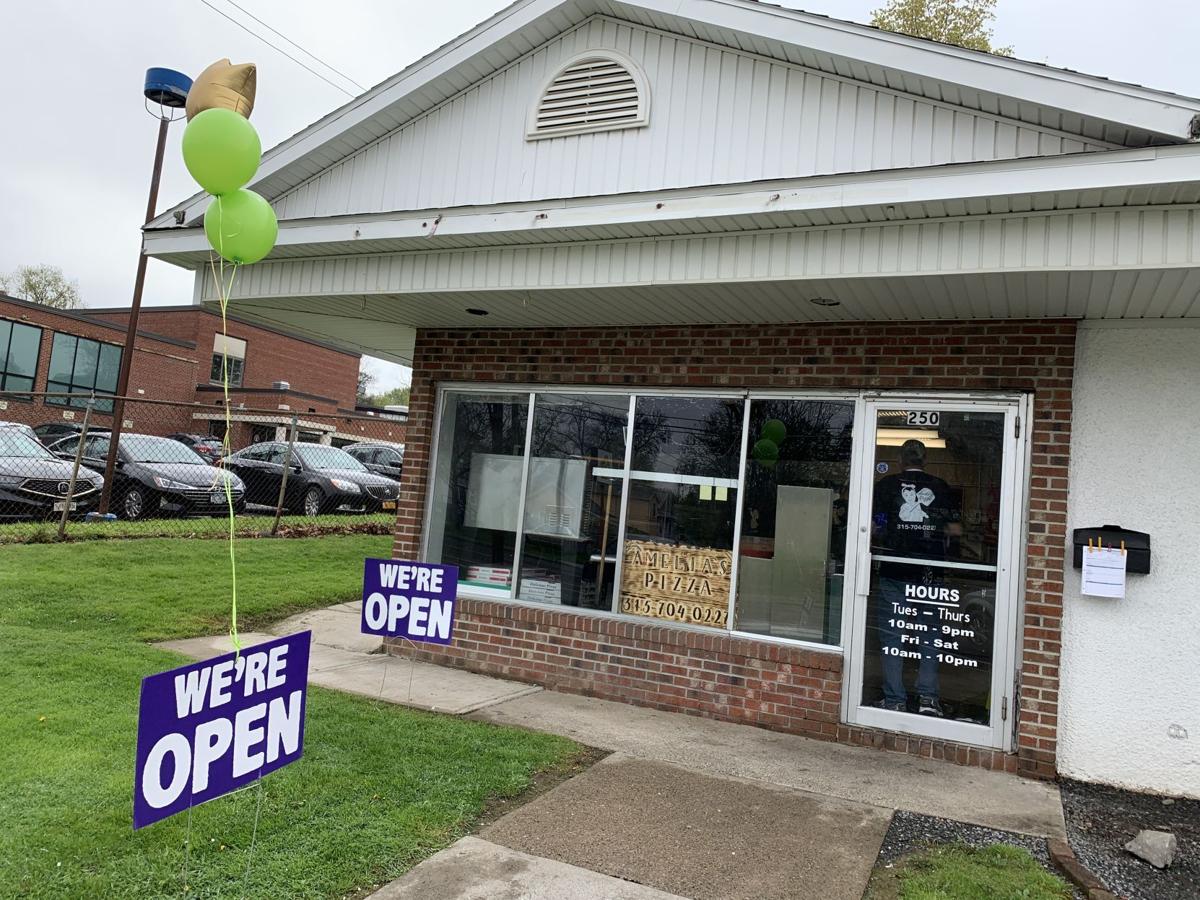 The pizza shop at 250 Genesee St. reopened as Amelia's Pizza on Tuesday after a few months of preparation. The business is now owned by Greg van der Werff, who bought it from his father, Bert. Its name and logo come from Greg's 13-month-old daughter with his girlfriend, Mariah Rooker. The two were already busy behind the counter Tuesday afternoon, serving slices and taking orders by phone.

Greg told The Citizen his father had been looking to hang up his pizza cutter after more than three decades in the business. Bert operated local shops in the Gino & Joe's chain for years, then opened BB's with his family in 2010. Greg has been working there on and off since it opened when he was a teenager. He spent the last five years managing it, learning how to operate more than just the oven.

BB's closed after a busy Super Bowl Sunday. For the next three months, Greg worked with his father to learn the rest of the business side of the shop. It was renovated, with a bigger dining room and a new counter, in 2019. So Greg didn't change much, aside from hiring a few new employees — despite the well-documented challenges of doing so during the COVID-19 pandemic.

The shop also has a new promotion, offering a free slice and drink to first responders on duty, and 10% when they come in off duty. But the menu is mostly the same one that built BB's a loyal fan base. Along with pizza, wings, subs, calzones and classic appetizers, it boasts specialty pizzas like chicken bacon ranch and breakfast, as well as specialty fries like garbage plate and steak and cheese.

Greg said he believes the shop's use of fresh ingredients every day sets its food apart, as does his father's use of the same sauce recipe for more than 30 years. The new business owner was inspired to continue using fresh ingredients at Amelia's by his grandfather, who was a baker. So just as the name of his shop honors the next generation, the food it serves honors the ones that came before.

WHEN: Open 9 a.m. to 9 p.m. Tuesdays through Saturdays

PennyWise Episode 21: What child tax credits mean for your family

Why you should know your parents' retirement plans

Why you should know your parents' retirement plans

The logo of Amelia's Pizza, which succeeds BB's Pizza at 250 Genesee St. in Auburn.

A meat lover's pizza on the counter of Amelia's Pizza at 250 Genesee St. in Auburn.