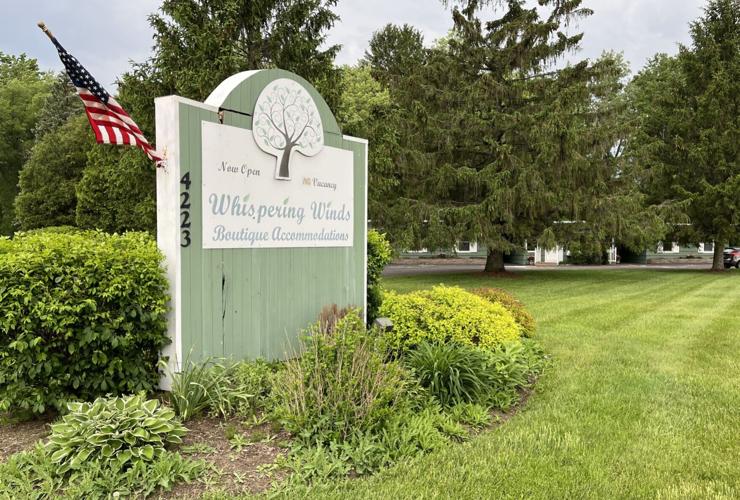 A motel in the town of Sennett is the latest property to join a Syracuse developer's growing portfolio of lodging options in the Skaneateles area.

Woodbine Chief Operating Officer Tom Fernandez told The Citizen the developer was asked about buying the motel by its previous owner, Puzo Properties of Homer, and closed on the property in February.

The Whispering Winds has 12 non-smoking units, each with its own carport, as well as modern amenities like flat-screen TVs and iPhone docks. Fernandez said Woodbine will renovate the seasonal motel during its off months over the next few years, with new paint and other interior upgrades. It will remain the Whispering Winds for now, but a new name is possible after the renovation is complete.

"It seems like a good match for our other properties," Fernandez said. "Now we offer a little bit of everything for everyone traveling to the area."

The motel is less than half a mile east from another Woodbine property, Skaneateles Suites. The developer purchased its 12 bungalows on East Genesee Street Road, as well as its boutique hotel on Fennell Street in the village of Skaneateles, in April 2021. Fernandez said the proximity of that property to the Whispering Winds will make the new acquisition easier to renovate and manage.

Developer buying Skaneateles restaurant and bowling alley, will keep both

After more than 30 years in business, the Hilltop Restaurant and Cedar House Lanes in Skaneateles will close this month due to its sale to a S…

In the opposite direction is another recent Woodbine acquisition, the Hilltop Restaurant and Cedar House Lanes. The developer bought the beloved local destination last fall.

The town of Skaneateles Planning Board recently approved that property's renovation into a new restaurant and bowling alley, as well as a family game area and 26 efficiency hotel rooms on a new second floor. Layouts are being finalized now, Fernandez said, and partial demolition of the restaurant area should begin around the end of June. Construction will follow in late July and early August.

That construction project might coincide with yet another of Woodbine's in the Skaneateles area: an 88-room hotel across from Hill-Rom (formerly Welch Allyn) on State Street Road. Announced in January 2020, the project has been delayed by the COVID-19 pandemic, but Fernandez said the developer hopes to start construction of the unnamed, two-story hotel in the next month or two.

With four hospitality properties in varying states of progress, Woodbine is in no hurry to add to its Skaneateles portfolio, Fernandez said.

"We got a lot on our plate right now," he said. "Unless something comes to us, we're not looking at the moment. But at the same time, we're always open to an opportunity."

Monkeypox: What we know about the virus as the WHO considers if the outbreak is an 'emergency'

Monkeypox: What we know about the virus as the WHO considers if the outbreak is an 'emergency'

When you should use credit over cash

When you should use credit over cash

Housing Markets Are Bubbling All Over the World

Housing Markets Are Bubbling All Over the World