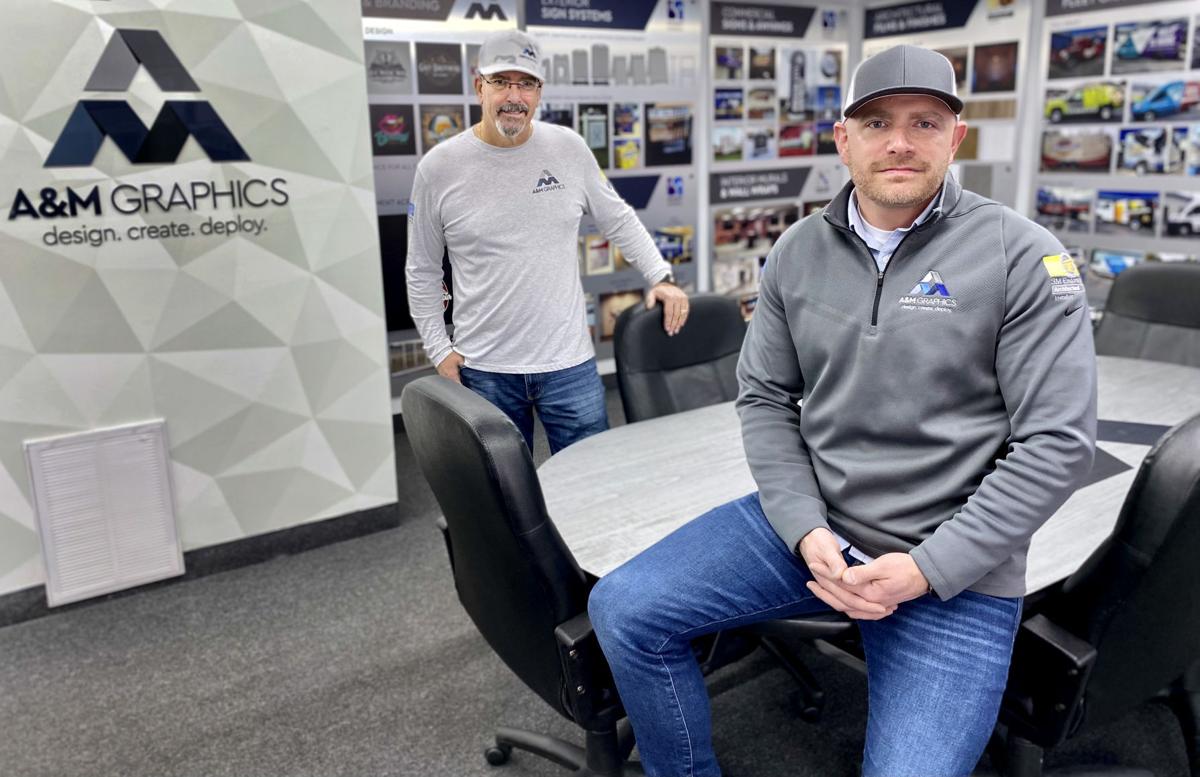 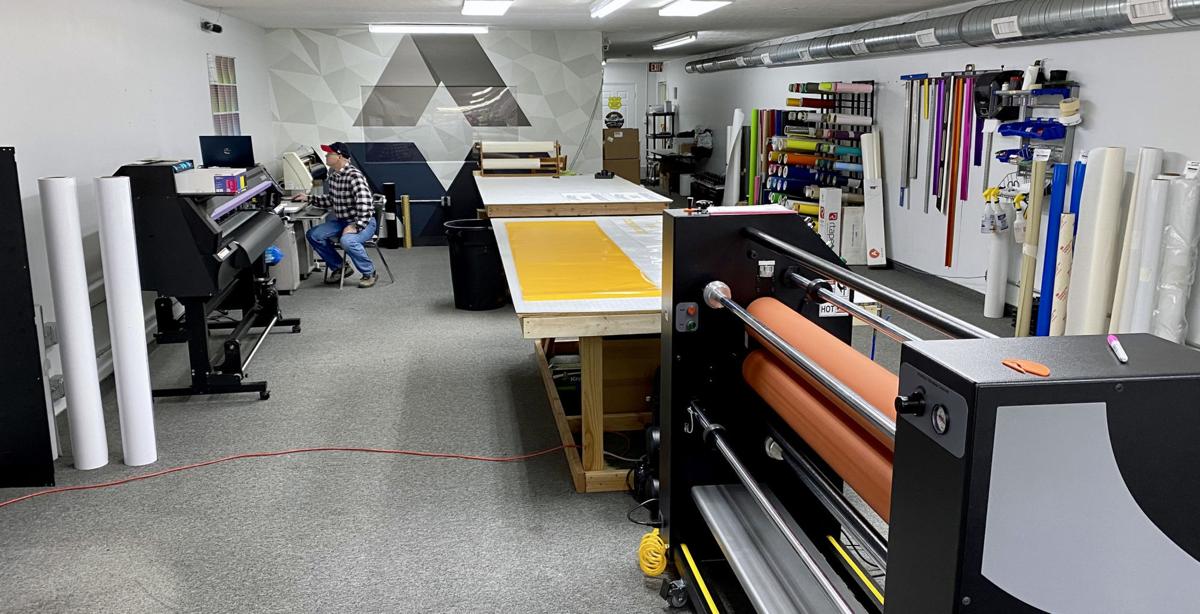 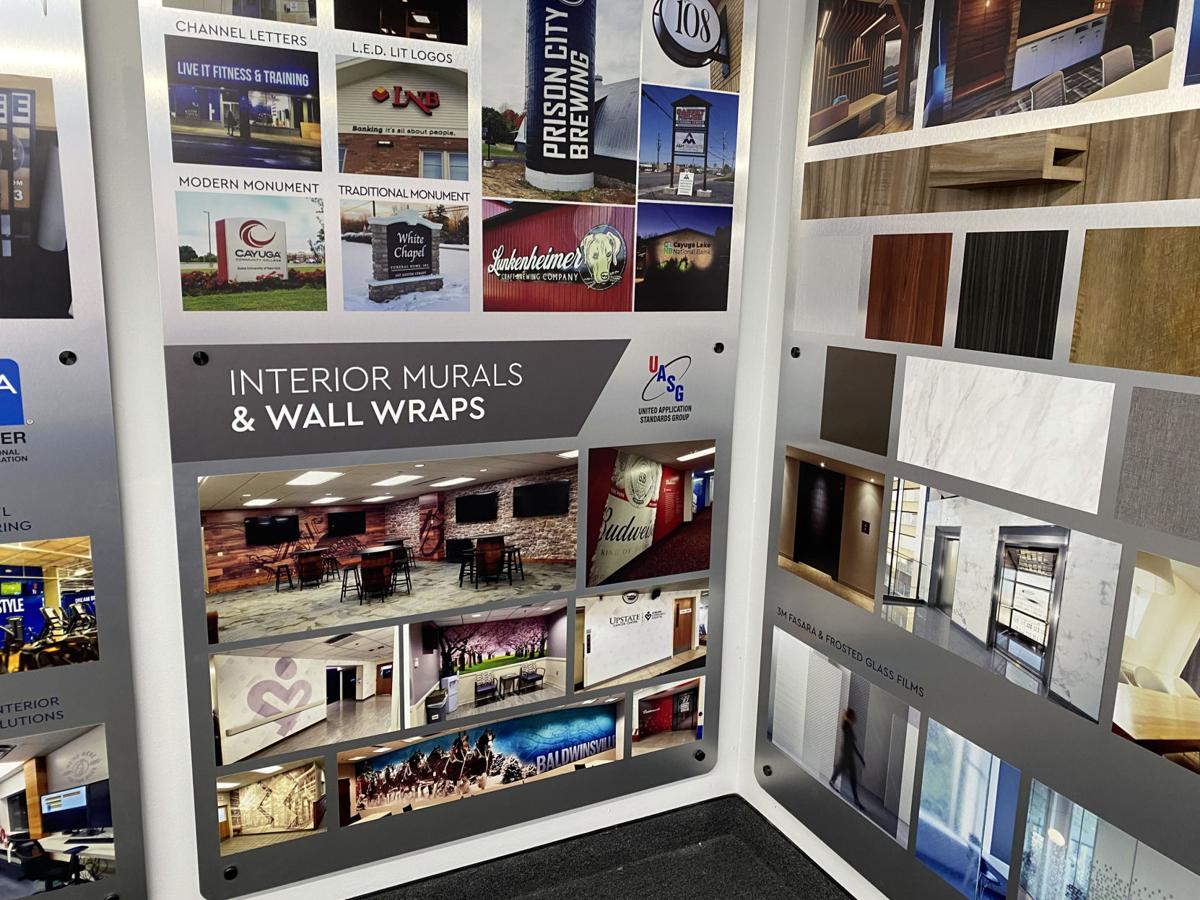 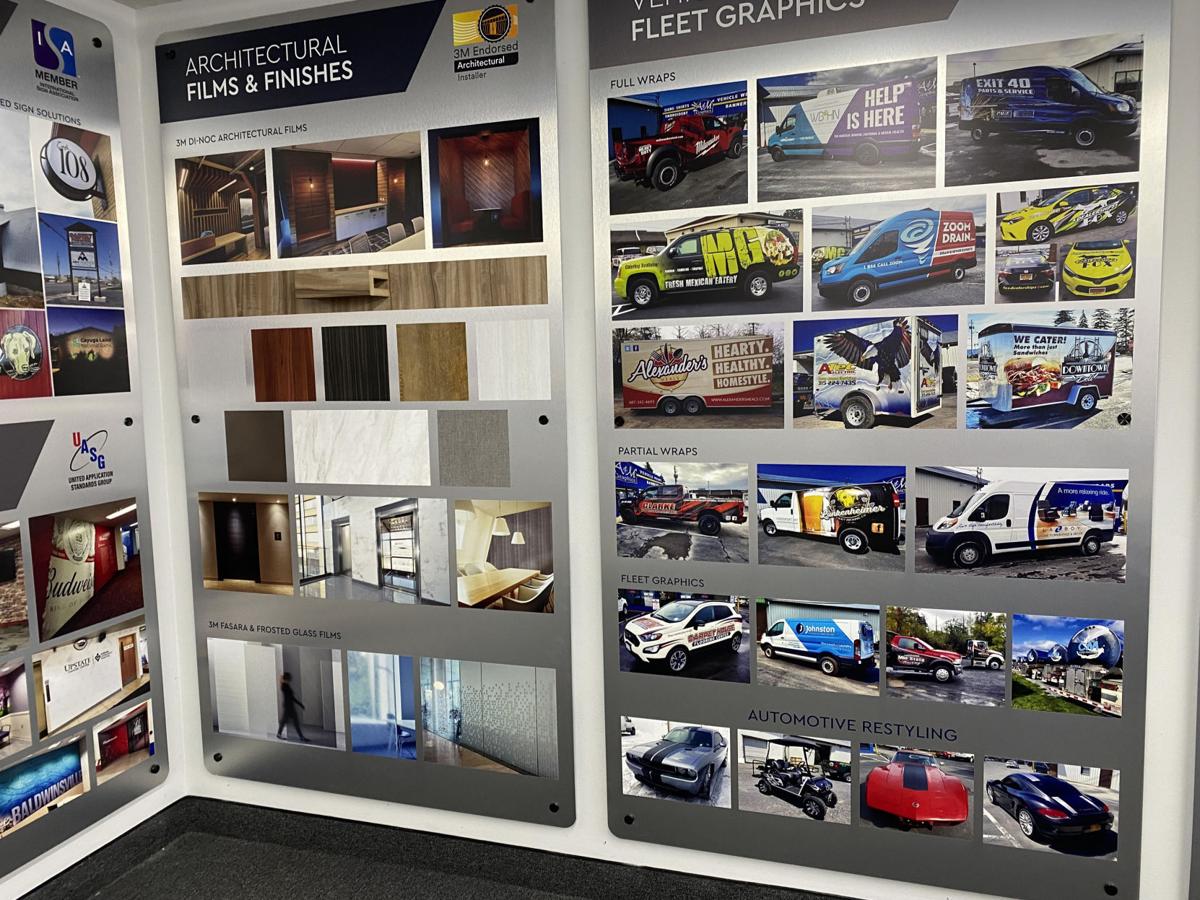 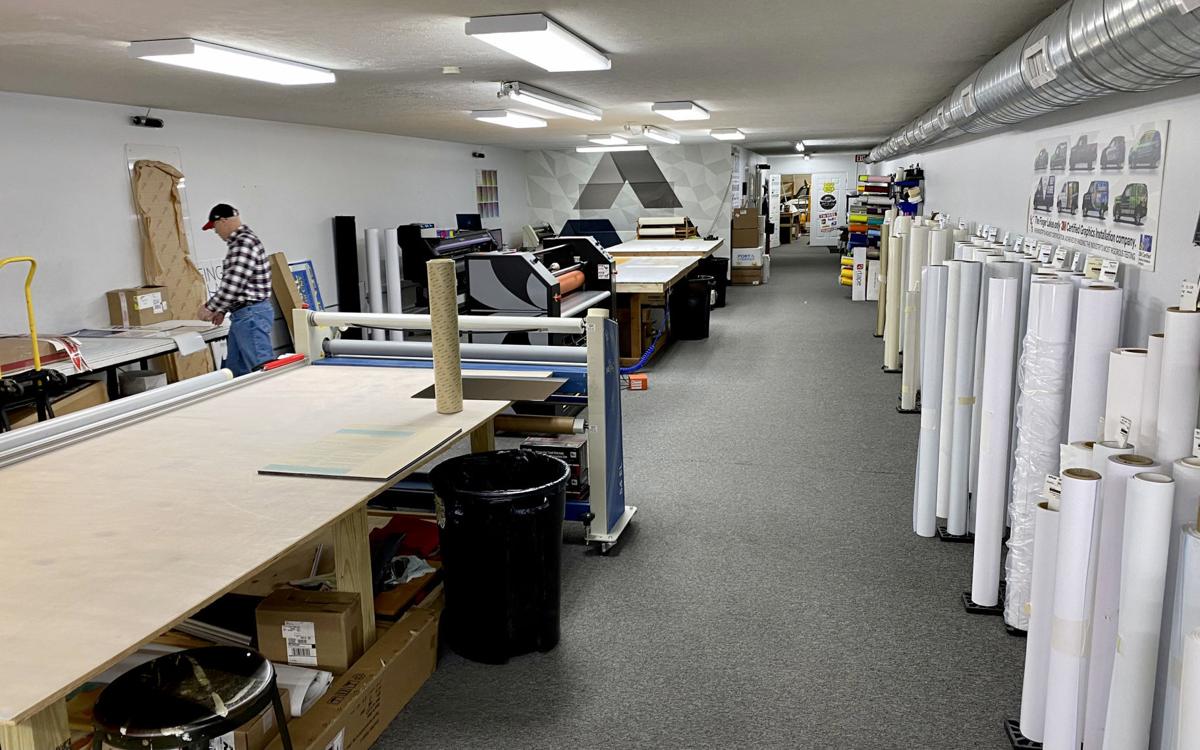 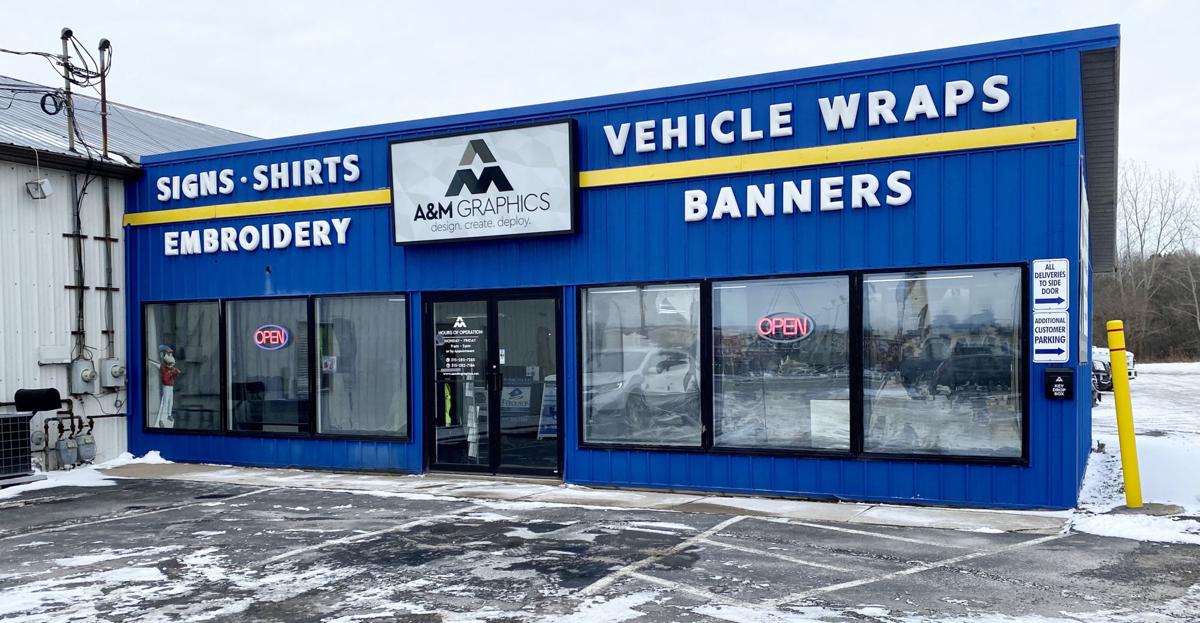 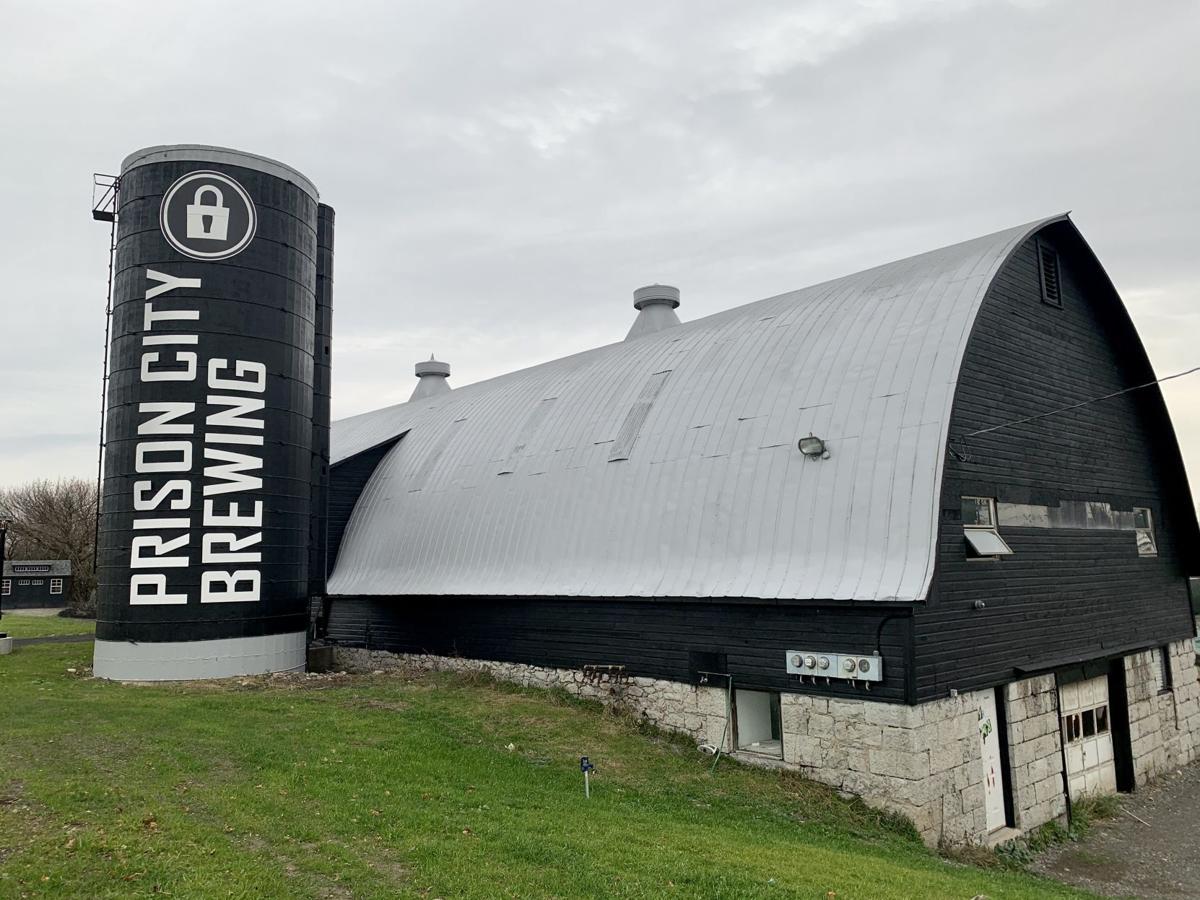 It's what separates the Auburn graphics company he now fully owns, A&M Graphics, from others. Ferguson, who founded the company with Al Brunner in 2009, bought out his partner in December.

The transition comes as A&M continues growing, even during COVID-19. Once a 12-by-12-foot office on York Street, the company now occupies 5,000 square feet on Grant Avenue. Along the way, A&M has put together a vast portfolio of recognizable branding in Auburn and beyond, from the sign outside Cayuga Community College to the wall wraps at Anheuser-Busch in Baldwinsville.

Those brands have come back to A&M, and the company's reach has extended farther and farther throughout the region, because it can do just about everything, Ferguson said. He and Brunner have prided themselves on being a one-stop shop, offering every possible service across the spectrum from design to production. That, Ferguson told The Citizen on Wednesday, is the "A&M difference."

"It takes a lot off our clients' plates," he said. "They know they can just call and A&M is going to take care of them no matter what they need."

The company started by taking every client it could. Before its prominent signs and ubiquitous truck wraps, A&M created designs as modest as the decals on cornhole boards, said Ferguson, 37. Following a successful first couple years, he and Brunner, 63, started planning to transition from a partnership to full ownership by Ferguson. Brunner retains an advisory seat on the company's board.

A key step in A&M's growth from a "small sign shop" into the company it is now, Ferguson said, was obtaining 3M certification in graphics installation and architectural film installation.

"We wanted to set ourselves apart from everyone else who said they could do those things," he said, "by going through the toughest, most hands-on testing and certification there is in the country."

When it comes to their workforce, however, Ferguson and Brunner have been careful not to grow too fast. They started with a third employee at the front desk, but even after 12 years and four location changes, the company only employs five people. That's because A&M never wants to have to cut talent should work slow down. On the contrary, the company wants to be known for attracting and keeping talent, a reputation it affirmed by hiring a project manager from a large Syracuse company recently. A&M is currently looking to add an employee or two, Ferguson said.

The company's hiring philosophy extends to its creative work: quality over quantity. A&M's clients range from national companies that need premade graphics produced and installed to local ones that need someone to lead them through the whole process. Or sometimes national companies want to refresh their brand, or sometimes local ones need help researching theirs, Ferguson said.

Whatever the work, he and Brunner have found it rewarding. Perhaps the most rewarding, and the most prominent design in their portfolio, is the "Prison City Brewing" sign on the silo outside the brewery's new facility. After working through ideas with owners Dawn and Marc Schulz, A&M landed on the bold white lettering visible from North Street today. Before Ferguson and Brunner could install it, however, they had to apply for permits and then present it to the city's zoning board of appeals. It was a "real lofty project," Ferguson said, but he credits the board for approving it.

"It could be a 'Genesee Beer' sign for a new generation," he said. "When it was done, I had people I didn't know coming up to me and saying they saw the silo and loved it."

Other local breweries that boast A&M imagery, along with Prison City and Anheuser-Busch, include Next Chapter in Auburn and Lunkenheimer in Weedsport. But it was another category of clients that kept the company going nonstop during COVID-19. The design and production work A&M does for hospitals like Auburn Community and Upstate Medical University, as well as health care-adjacent manufacturers like Tessy Plastics and Currier Plastics, earned the company an "essential" designation from New York state in the early days of the pandemic, Ferguson said.

At first, it was just him and Brunner scrambling around their Grant Avenue facility. Later, the full A&M team was working to make sure they could help their essential clients however they could.

"We're the kind of guys that we're not going to roll over and go home and see what happens," Ferguson said. "We learned to zig or zag in whatever direction we had to."

Gallery: Inside A&M Graphics in Auburn

Watch Now: NY agriculture commissioner on state of the industry

U.S. consumer prices rise by most in nearly 40 years

U.S. consumer prices rise by most in nearly 40 years

Side hustles that are perfect for both introverts and extroverts

Side hustles that are perfect for both introverts and extroverts

Why you should expect higher prices on milk, eggs, cheese and meat

Why you should expect higher prices on milk, eggs, cheese and meat