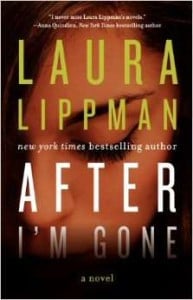 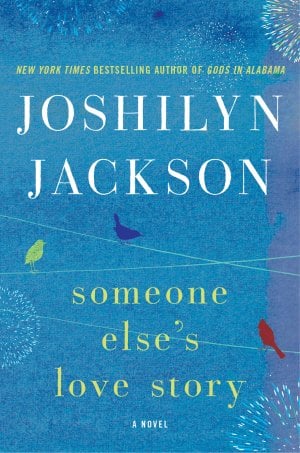 March is Women’s History Month, and in honor of that, this month’s Book Report will feature books written by female authors — some you have heard of, and some who will be new to you.

Laura Lippman has written a popular series of books featuring private investigator Tess Monaghan, set in the city of Baltimore. Her latest crime novel is a standalone book titled “After I’m Gone.” It’s the story of a mobster who, when faced with jail time, disappears without a trace, leaving behind a wife and three young daughters.

Ten years later to the very day, his mistress disappears. When her body is found dead a few years later, an investigator picks up this cold case, determined to solve it. Lippman excels in creating realistic characters (this is based on a true story) and puts them in gripping situations.

Isabel Allende is known for her magical realism literary fiction, usually set in her native South America. She tries her hand at the suspense/thriller genre with “Ripper,” set in San Francisco, and follows the attempt of a nerdy teenage girl and her cyber friends who try to solve some seemingly unrelated murders.

Allende’s characters are the strong suit here, with the teenage heroine, her new-age masseuse mother, police detective father and, best of all, her grandfather, who joins the teens in their quest. The relationship between grandfather and granddaughter is a heartwarming highlight.

Joshilyn Jackson’s newest novel, “Someone Else’s Love Story,” is a book that people have been raving about. A young woman, Shandi, and her extraordinary young son are held hostage in a convenience store. One of the hostages, William, saves them, and as their lives intersect, we learn more about their stories.

William is a brilliant researcher, but his lack of social skills leaves him lonely. Shandi is attracted to William and thinks he can help her solve a mystery about her son. But William has lost his wife and young daughter in an accident, and his overprotective female best friend wants Shandi to leave William alone.

Helene Wecker’s novel, “The Golem and the Jinni,” is a stunning debut. She weaves a magical story about a genie who ends up in the turn-of-the-20th-century New York City. There he meets a golem, a woman made out of clay, who loses her master and ends up living with a rabbi who ties to protect her.

As one who doesn’t read much fantasy, I was shocked to discover how much I loved this book. Wicker creates these inventive characters and sets them in a realistic New York. As the golem and jinni wander New York late at night, the reader sees a new side to the old city. There is suspense, too, as bad guys are trying to track down both the golem and the jinni for nefarious purposes.

Fans of historical fiction will enjoy Jennifer Chiaverini’s “Mrs. Lincoln’s Dressmaker,” which takes the real character of Mary Todd Lincoln’s dressmaker, a free black woman who purchased herself and young son out of slavery, and shows how she ends up in the White House.

It’s a fascinating look at the Lincoln family during the Civil War, as well as what life was like for a free black woman. You get an entirely new look at Mary Lincoln, a controversial historical figure who here is humanized instead of demonized, as she was by many at that time.

On the nonfiction side, popular author and independent bookstore owner Ann Patchett’s book of essays, “This Is The Story Of A Happy Marriage,” collects many of her most personal stories, some seen before in magazines, and others brand new.

Some of the highlights include a story about the time she took the Los Angeles Police Academy test and how she learned more about her estranged father, an LAPD cop, a moving essay about caring for her ailing grandmother, and, of course, thoughts on being a writer.

Julia Pandl is the youngest of nine children and she tells her story in “Memoir of the Sunday Brunch.” It’s a beautiful story about her relationship with her father, a larger-than-life restaurant owner, and the last section of the book where she deals with her aging, ill parents is emotional. It’s about food, faith and family.

Bette Midler wrote a book, “A View From A Broad,” in 1980 about her year traveling the world with her Divine Madness Tour. Simon and Schuster is reissuing the colorful book, filled with photos and Bette’s trademark bawdy humor, and it is must have for her fans.

Diane LaRue is a member of the National Book Critics Circle and blogs about books at http://bookchickdi.blogspot.com. You can follow her on Twitter @bookchickdi, and she can be emailed at laruediane2000@yahoo.com.