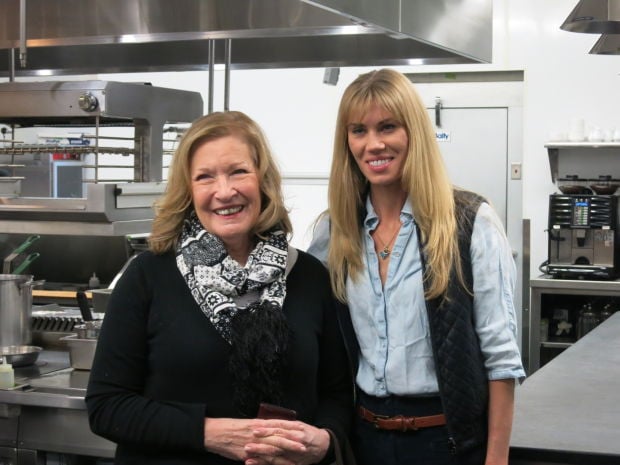 Dr. Mary McLaughlin, left, of the Emergency Service Fund for the Homeless in Central New York, poses with Krebs co-owner Kim Weitsman after receiving a donation. 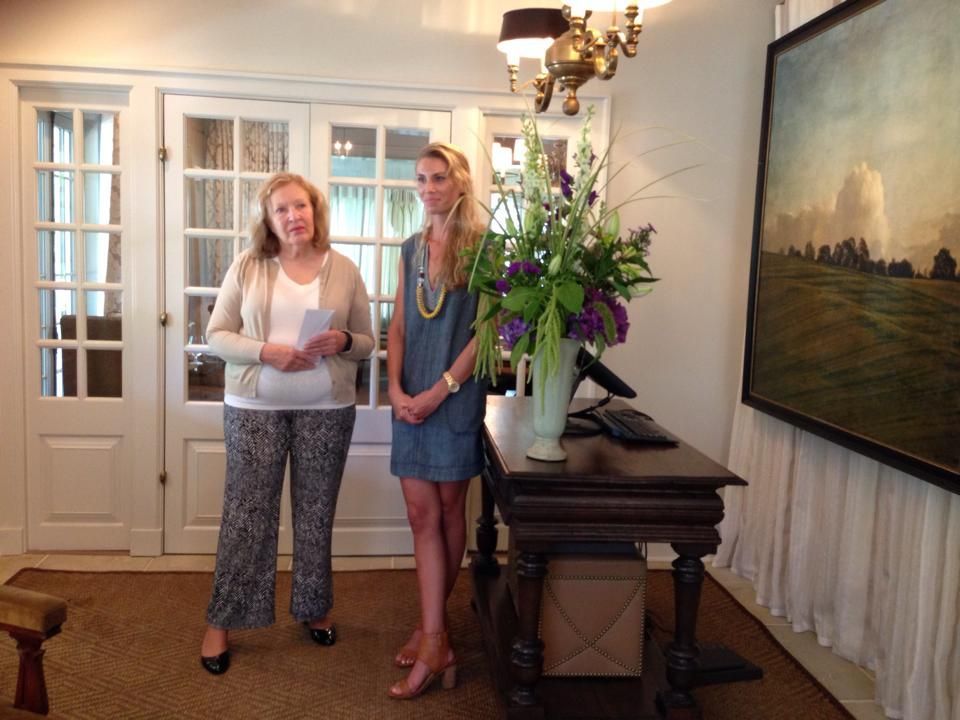 Kim Weitsman, right, presents a check of $5,000 to Dr. Mary McLaughlin for her contributions to the homeless population in central New York.

SKANEATELES | Dr. Mary McLaughlin knows that the system needs to change, but she also knows that one person alone cannot change the system.

The Auburn-based rehabilitation psychologist made it her mission shortly after moving to the city about 12 years ago to help homeless people — particularly the chronic homeless — find the relief and services, and even compassion and understanding, they need to obtain a better situation.

But even McLaughlin acknowledged that she faces a constant uphill battle in her mission, as she seeks volunteers and resources to support her mission and battles a system that appears to go against the people she is trying to help.

After she moved to Auburn, McLaughlin said she would stop at the Hess gas station to buy coffee and would see homeless people outside of the store every day — it was often 7:30 a.m. on a bitterly cold, harshly windy January day, she said.

After talking to people in the store, she learned that the homeless people lived under a bridge across from the police station and often went to a shelter but got sent away the first thing in the morning.

From there, McLaughlin started a blog at drmarymclaughlin.com to document her research into homeless issues and her work within the homeless community in a public format in order to raise awareness.

"I see my role as advocate, and advocacy is a professional responsibility for people in my field," she said.

Of the overall homeless population, she said 15 percent of the people are chronically homeless and almost all of them have some sort of brain injury or psychiatric disorder.

"They're out there for years, and they're living in horrific conditions," McLaughlin said.

Around central New York, she said, she began conducting interviews and collecting data in order to gain more insight into the homeless issue. But, stories of people freezing to death or even being beaten to death made her "stop and rethink everything" and look for more direct ways to help.

"The people out there are disabled," she said. "The ones that are out there all these years, they almost always have traumatic brain injuries and may have psychiatric disorders. ... You can't just leave the tough customers out there."

She said the reported homeless death rates are "wildly inaccurate," citing a California study that initially found 80 homeless deaths per year. Further research showed that amount to be closer to 115, and talks with relatives brought the number to around 200.

"It was shocking," she said. "It was absolutely shocking."

Homeless people can get the services they need to get back on their feet, McLaughlin said — if they show up to fill out complex forms. But, people with brain injuries have trouble comprehending the forms, and their injuries cause them react with anger in stressful situations, she said.

So, she decided she was "just not letting this happen anymore" and started demanding services, such as housing, for chronically homeless people. She enlisted the help of lawyers and doctors in hopes of finding a better situation for homeless people than jail or life on the street.

Despite the perception, McLaughlin said, no homeless person wants to live on the street, though they may say that because they do want to live at shelter where conditions may be even worse.

"I've been to too many funerals and memorial services," she said. "I've been to the emergency room, intensive care unites, emergency psychiatric units. I've spent a lot of time at hospitals talking to physicians. I go to court a lot because they get arrested a lot. I go to the jail."

She said the homeless people will never get off the street "without strong advocacy," so that is what she started doing — and she also started posting on Facebook stories of her activities on behalf of homeless people.

Noting that as a psychologist she knows that if one wants to change a behavior in someone, one must model that behavior first, she said her posts were her way of modeling a behavior in hopes of creating change.

"You wouldn't believe how many people read this stuff," she said. "I got a few likes and comments from people I know."

One of those people was Adam Weitsman, co-owner with his wife, Kim, of the Krebs restaurant in Skaneateles. One day, McLaughlin said, Weitsman sent her a message to call him at his office.

When she responded, she learned Weitsman wanted to donate $5,000 from the restaurant's proceeds to her cause. Never expecting such news, she said she initially could not accept the money because she did not have a nonprofit organization to receive it.

Weitsman wanted to give her the money anyway, McLaughlin said, so she accepted it and then got help setting up a nonprofit organization. This was in January, she said, and she immediately took a group of homeless people out to buy new boots and coats with the money she received.

She also bought lunches for them, provided cash assistance and also gave the money for laundry, which is an expensive item for the homeless. And though they receive cell phones through the government, she bought cards so they have a healthy supply of minutes.

Other things she bought include eye glasses for those who lost or broke theirs, trash bags to cover their belongings,shampoo, socks, Subway gift cards and bottled water, and she also put together about 40 gift bags for the Rescue Mission.

Within five months, McLaughlin said, that initial donation was spent. Wanting to keep herself accountable, she sent a detailed report to the Weitsmans listing to the penny how she spent the money they donated.

Within 20 minutes — and without even looking at her report first — Weitsman contacted her wanting to make another $5,000 donation, she said.

"He was very interested in what help was being delivered to these people and very delighted about what was happening, that they had shoes and coats and this and that, scarves and gloves," McLaughlin said. "They are really interested in helping, not just donating."

McLaughlin said she received calls from publications asking questions of her about the Weitsmans, and she noted that brought more attention to her work from people who "wouldn't have known about me if not for them."

The attention from the Weitsmans, she said, has in turn caused other people to provide support, including a group of children who each Christmas send her gifts for the homeless in the form of gift cards and other items.

And it's that kind of support that McLaughlin said helps her find encouragement as she continues her struggle.

"What I do every day is focus on the good people who are helping," she said. "That's how I keep myself going. I try to focus on all the good things and all the people helping me. Little by little, I'm very optimistic about the very high-level people that have been supportive."

For the second consecutive year, Gov. Andrew Cuomo is seeking authority from the state Legislature to close correctional facilities.

A driver who suffered serious injuries in a crash in Locke Friday was transported to a Syracuse hospital by helicopter, the Cayuga County Sher…

Beginning this year, the New York State Fair will be an 18-day event.

Colloca Estate Winery has started construction on a 7,000-square-foot ballroom that will be completed in time for the 2020 wedding season, the…

An Owasco woman died from injuries sustained in a three-car accident in Seneca County Thursday.

Dr. Mary McLaughlin, left, of the Emergency Service Fund for the Homeless in Central New York, poses with Krebs co-owner Kim Weitsman after receiving a donation.

Kim Weitsman, right, presents a check of $5,000 to Dr. Mary McLaughlin for her contributions to the homeless population in central New York.