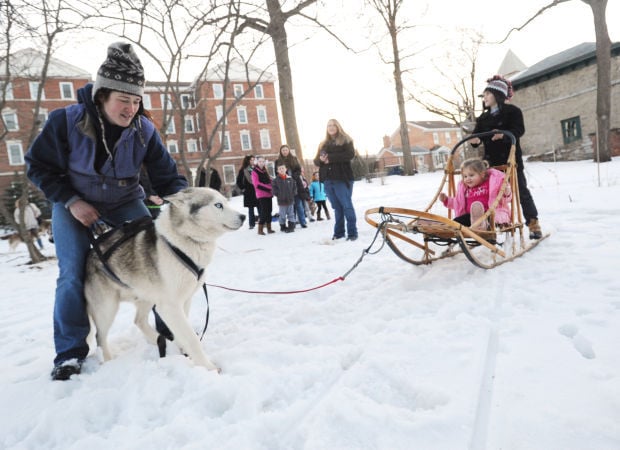 From left, April Cerretnai gets one of her huskies ready to pull a sled carrying Lilly Warters, 3, and Kenyon Warters, 9, during First Friday in March 2014 at the Seward House Museum. 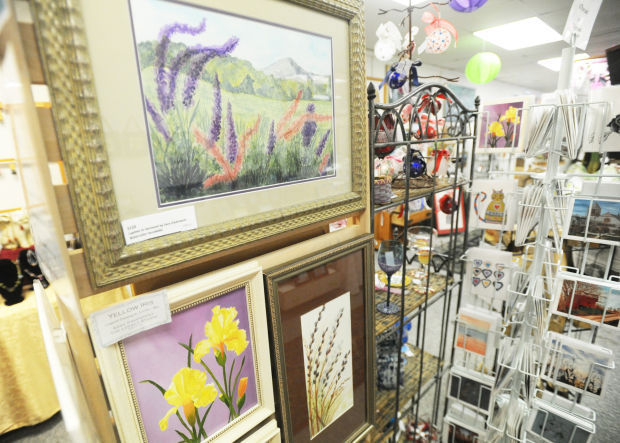 Artwork is on display at Finger Lakes Art during August 2014 First Friday in Auburn.

People in the Auburn area know where to be on the First Friday of the month.

That's the conclusion downtown leaders and business owners have come to since launching the city's First Friday series in July 2011. Coordinated by the Auburn Downtown Business Improvement District, the series promotes free entertainment, sales and other events at downtown shops, museums, restaurants and more the evening of the first Friday of every month.

"It's exceeded expectations," BID Assistant Director Jesse Kline said Wednesday. "It's a feel-good event, and I think that's why it's continued to grow and last."

Kline believes several factors have made the series a success. The most important one, she continued, has been free admission to all First Friday events.

"The whole theme is that there must be something free for people to enjoy," she said. "It's kind of like a gift bag to the community, an ambassador program encouraging people to get out."

The ease of participating in First Friday has also helped the series thrive, Kline said. Whether it's museums like the Seward House or restaurants like Osteria Salina, downtown sites can organize events or attractions as they wish. If they participate there's no cost, and if they don't there's no punishment. All they have to do is reply to Kline's monthly message with their events so the BID can promote them. However, she added, First Friday takes place regardless of who participates, and it hasn't missed a month. That consistency is another part of the series' success, Kline said.

Lately, between 15 and 20 downtown Auburn sites have been holding First Friday events, Kline said, with churches and even Brew Funeral Home on South Street joining the fray. She believes that variety of sites, as well as their close proximity, has also made the series so successful. And she thanked The Citizen for its First Friday map, which she sends to participating sites to post and share. Though "it's physically impossible to do everything" in one evening, Kline said, she suggested a west-to-east itinerary starting at the Schweinfurth Art Center and ending at Underground Bottle Shop.

As First Friday continues, a few participants agree on its success and see ways to grow the series. Cayuga Museum Executive Director Eileen McHugh said a slow First Friday with 40 to 50 people is still "by far" more than the site's average daily attendance. In the summer, when the series is most popular, as many as 100 to 125 people will crowd the museum to see its exhibits, McHugh said.

"We've noticed that some people come every month," she said. "A lot of people come who want to talk about the exhibits with us."

Those numbers would climb higher if First Friday could somehow bridge the gap between the museum and the center of downtown by adding sites in between, McHugh said. Similarly, Sue Waby of the Finger Lakes Arts Council believes foot traffic could increase with a passport-type program that awards a prize to those who visit every site, or enters them into a drawing. The local art retailer holds exhibit receptions and, sometimes, live music at its First Friday events — and it's also been benefiting from the reliable surge of visitors, Waby said.

"It's definitely worthwhile to do it," she said. "People have come to expect First Friday in Auburn is a night to be out on the town and doing things." 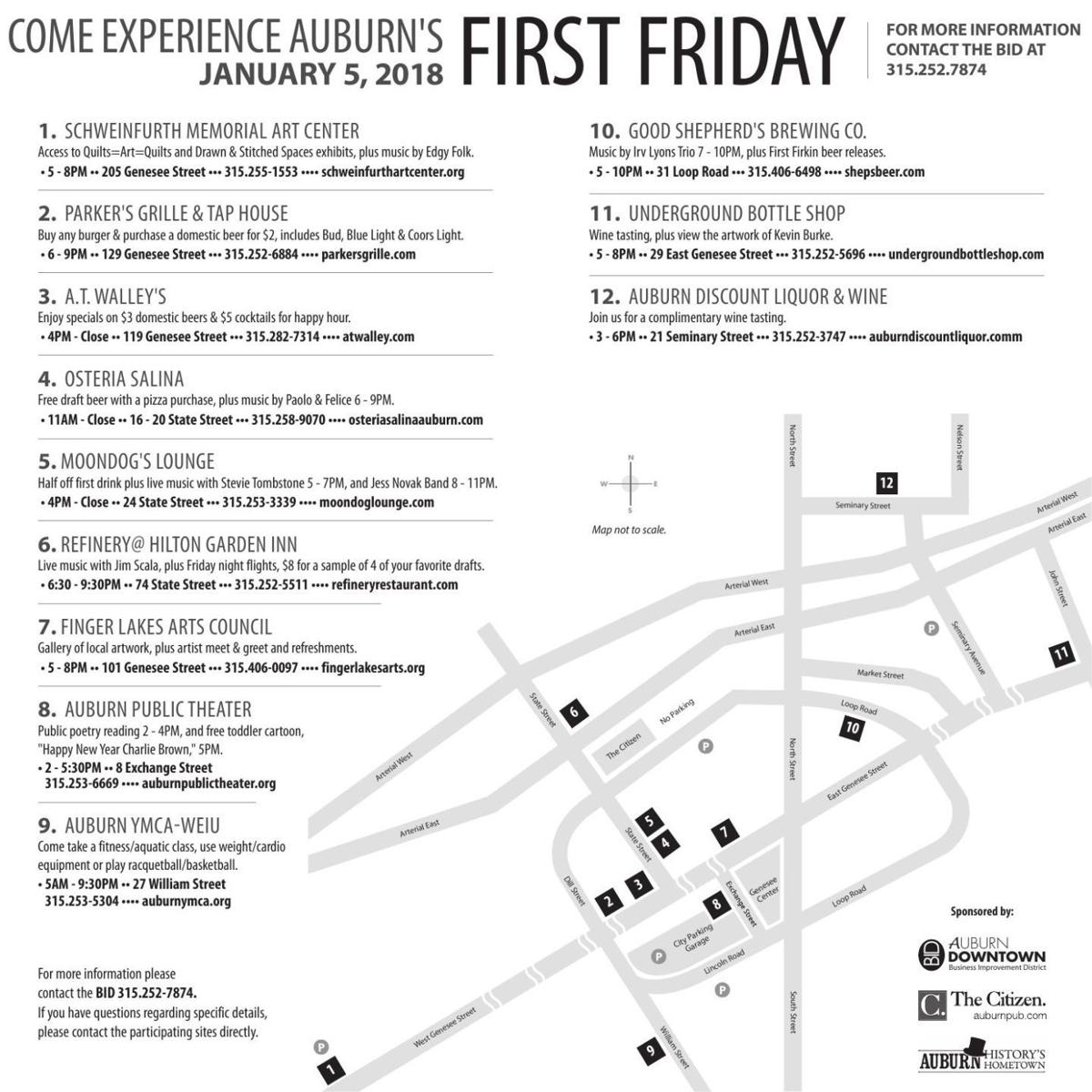 Auburn's Holiday Parade will march through the city for the 35th year beginning at 6 p.m. Saturday, Nov. 26.

To remain popular and keep guests returning for more, Disney parks have said goodbye to many old rides over the years.

The magic of the holiday season returns with the 29th edition of Dickens Christmas.

The Citizen's live music listings for Nov. 25-30: Showtime and more

The Calamari Sisters will spend part of their holiday season in the area, performing their "Christmas Carol" show five times at Auburn Public …

The lakeside villages of Skaneateles and Aurora will welcome the Christmas season with annual celebrations featuring music, Santa and more thi…

Academy Award winner Irene Cara, best known for singing the theme songs for "Fame" and "Flashdance," has died in her Florida home.

What to watch: 'Knives Out' sequel matches its predecessor, 'Disenchanted' proves another great sequel, and more

"Glass Onion: A Knives Out Mystery" rises to the challenge of matching its successful predecessor. Get more on what to watch this weekend here.

100 best American movies of all time

Here are the top 100 American movies of all time, according to IMDb and Metacritic ratings.

Cameron Diaz reveals the first meal she made for Benji Madden

From left, April Cerretnai gets one of her huskies ready to pull a sled carrying Lilly Warters, 3, and Kenyon Warters, 9, during First Friday in March 2014 at the Seward House Museum.

Artwork is on display at Finger Lakes Art during August 2014 First Friday in Auburn.