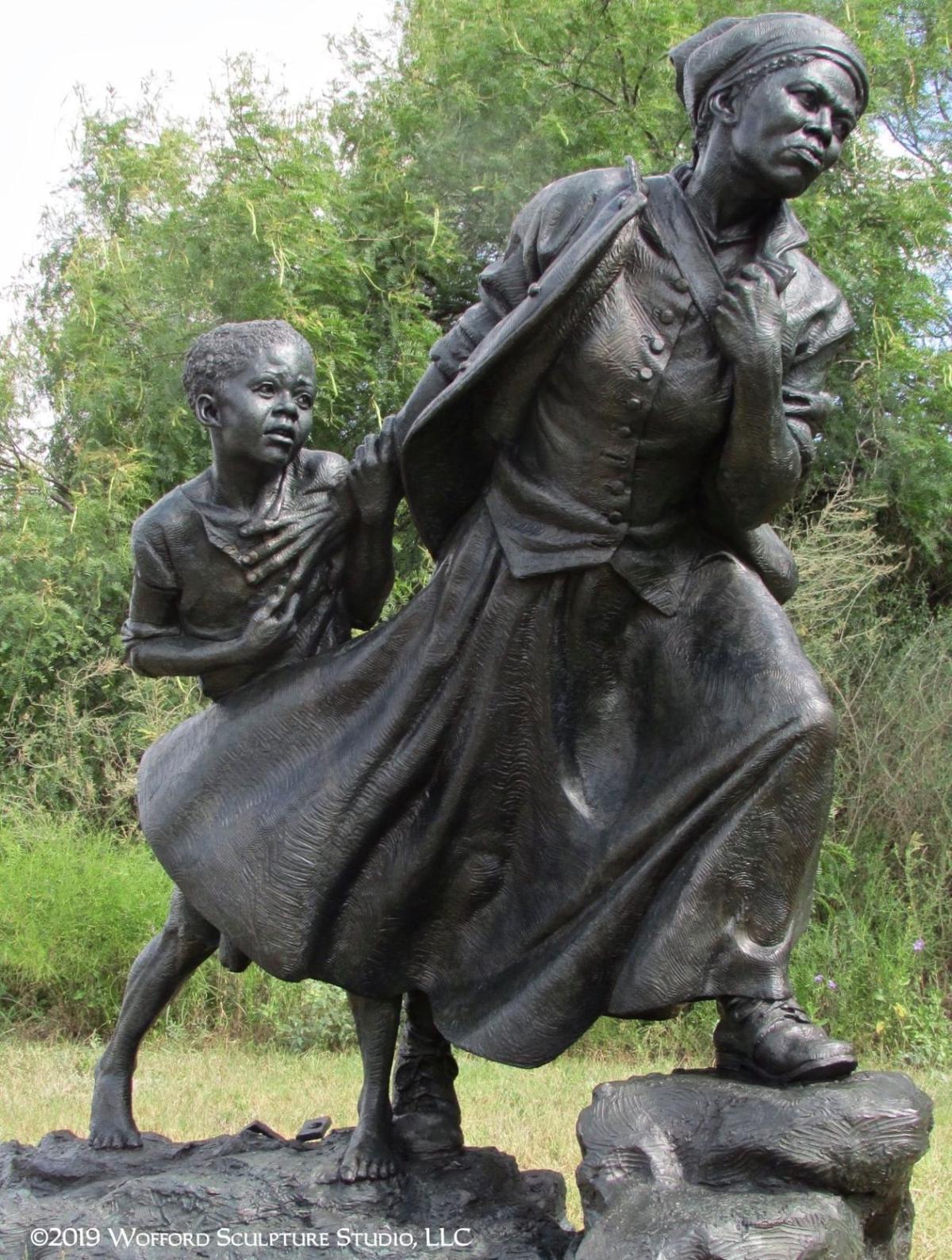 Sculptor Wesley Wofford's "Harriet Tubman: The Journey to Freedom" will be on display at the Harriet Tubman Home in Auburn from July 1 through Aug. 31. 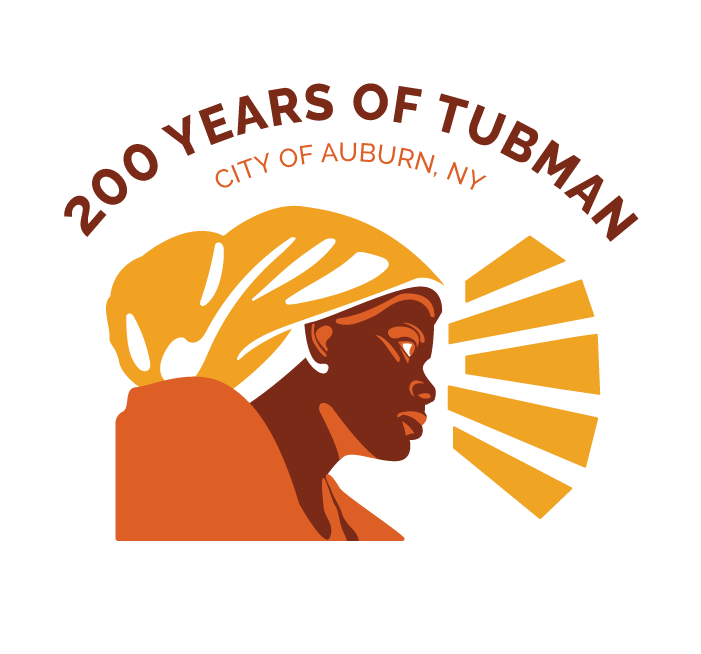 The logo for the Harriet Tubman bicentennial celebration in Auburn.

The 200th anniversary of Harriet Tubman's birth will be the theme of a seven-month celebration beginning in March in Auburn.

The New York State Equal Rights Heritage Center and the city of Auburn's Historic and Cultural Sites Commission announced the celebration last week. It will begin on March 10, Harriet Tubman Day, and continue through International Underground Railroad Month in September. Tubman passed away in Auburn on March 10, 1913, and her birth month is believed to be March as well.

“Auburn has had a remarkable role in American history, and we are excited to invite everyone here to learn more about the life of Harriet Tubman, why she settled here, and the 50 years she lived here. The city of Auburn is proud to support the Tubman bicentennial and encourage all to make plans to visit us in 2022 as we celebrate and share her story," Auburn Mayor Michael D. Quill said in a news release.

Bicentennial events will include a Harriet Tubman Day Memorial Service Thursday, March 10, at the Harriet Tubman Memorial African Methodist Episcopal Zion Church at 90 Franklin St., Auburn. Led by the Rev. Paris Price, the service will feature spoken word, liturgical dancing, a gospel choir and more performances. It will be free and open to the public, and livestreamed.

A Tubman 200th birthday ceremony will also be hosted by the city and the Harriet Tubman National Historical Park at the Equal Rights Heritage Center at 25 South St, Auburn. It will include cards, cake, special speakers, walking tours and more. The ceremony will be free and open to the public, and livestreamed as well.

Along with those events, a traveling exhibition featuring the iconic abolitionist will be on display at the Harriet Tubman Home at 180 South St. Sculptor Wesley Wofford's "Harriet Tubman: The Journey to Freedom" will be there from July 1 through Aug. 31. It is supported by a grant from the Cayuga Community Fund, administered by the Central New York Community Foundation.

The bicentennial celebration also includes a special logo created by TGW Studio, of Rochester, as well as a celebration website, harriettubman200.com.

Additional support for the bicentennial celebration is provided by a Market New York grant and the city of Auburn's American Rescue Plan Act funds. The city allocated the funds for the celebration with a goal of boosting the recovery of the local tourism, travel and hospitality industries from the COVID-19 pandemic.

The Citizen's gallery listings for Jan. 20-26: Cayuga Naturally and more

Rizzo shared memories about who her husband was — with a common theme being how incredibly loving he was to everyone he met, making sure to tell everyone he loved them.

The French actor portrayed the young Hannibal Lecter in 2007's "Hannibal Rising" and is in the upcoming Marvel series "Moon Knight."

"The Agitators" by Dorothy Wickenden, a new book about Harriet Tubman, Martha Coffin Wright and Frances Seward, will be the subject of an upco…

Dec. 14, 2022, will mark 100 years since Theodore Case recorded the word "hello" on a film strip with no background noise or scratching.

Ralphie, hero of the 1983 movie “A Christmas Story,”  is set to return to the screen as an adult in a sequel, with Peter Billingsley back as Ralphie.

Sculptor Wesley Wofford's "Harriet Tubman: The Journey to Freedom" will be on display at the Harriet Tubman Home in Auburn from July 1 through Aug. 31.

The logo for the Harriet Tubman bicentennial celebration in Auburn.