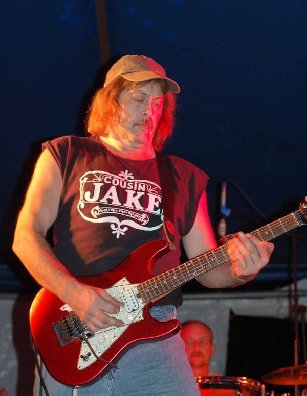 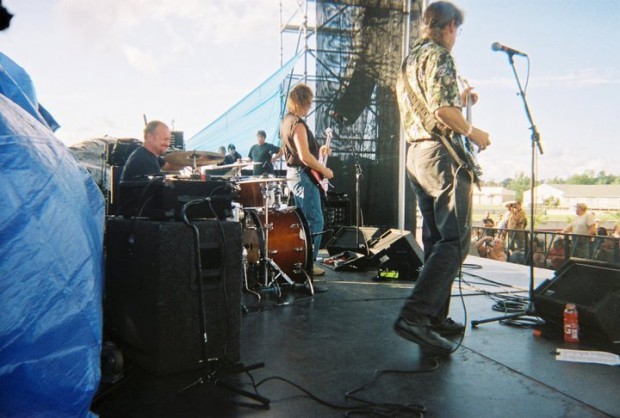 Cousin Jake has played with its current lineup for six years and performed shows across the country, including Syracuse's Inner Harbor.

Nobody knows what made Cousin Jake so irate — maybe it's because none of the members are actually named Jake — but whatever the reason, it's clear that the effects of the madness have reached a boiling point.

The three-piece Syracuse-based band has been raging on the stage for at least 18 years, but its current iteration has been locked in for the last six.

"We're a high-energy band that like to play for the audience," founding member and lead guitarist Dave Cook said. "We try to play as many shows as we can and just make sure everybody's having a good time."

Along with Cook's guitar skills, Cousin Jake whips local and nationwide audiences into frenzies with bassist Bob Volk's growling vocals and the beats of Don "the Angry Drummer" Gillette.

Cook said attendees to the band's Saturday night show at Keg's Canal Side Event Center in Jordan can expect a fine mixture of classic rock mainstays and the band's original songs.

That fundamental inspiration is clear in Cousin Jake's playing, which features a blues-leaning mixture of smoothly sliding guitar licks and smoky voices that at times reach classic Allman Brothers levels.

With its cruising, down-and-dirty style, it's no surprise that the band is a hit with the biker scene, and over the years has played some of the bigger motorcycle festivals.

In 2001, Cousin Jake released its first CD, "Rock and Roll That Relates," followed by "Upstate Boogie" and "Flying Machine." A live recording is also available for purchase on the band's website.

Musicians from Auburn and beyond are mourning one of their own after Leonard "Leon" Miller passed away Oct. 4 at the age of 45.

The Cayuga County historian will discuss how cookbooks can serve as historical documents at an upcoming talk in Sherwood.

A documentary that was partially filmed in Auburn last Election Day will premiere next week.

Just in time for Halloween, a new film inspired by the "Friday the 13th" series will make its New York state premiere in the Auburn area.

The city of Auburn's Parks and Recreation Department and the Auburn Doubledays will team up to host a new family event, Home Run Halloween, fr…

Harlequin Productions, the student theater troupe at Cayuga Community College, will return to the stage there for the first time since spring …

Many artworks in this year’s "Quilts=Art=Quilts" exhibition at the Schweinfurth Art Center in Auburn tell a story. The story that Lena Meszaro…

Betty Lynn, the actress famous for portraying Thelma Lou on "The Andy Griffith Show,” has died. She was 95.

Who was Halyna Hutchins, the director of photography killed by prop gun?

The film industry has been left shocked and in mourning after cinematographer Halyna Hutchins was killed on set when Alec Baldwin discharged a prop firearm.

Gwyneth Paltrow cut back on alcohol after battling Covid-19

Cousin Jake has played with its current lineup for six years and performed shows across the country, including Syracuse's Inner Harbor.