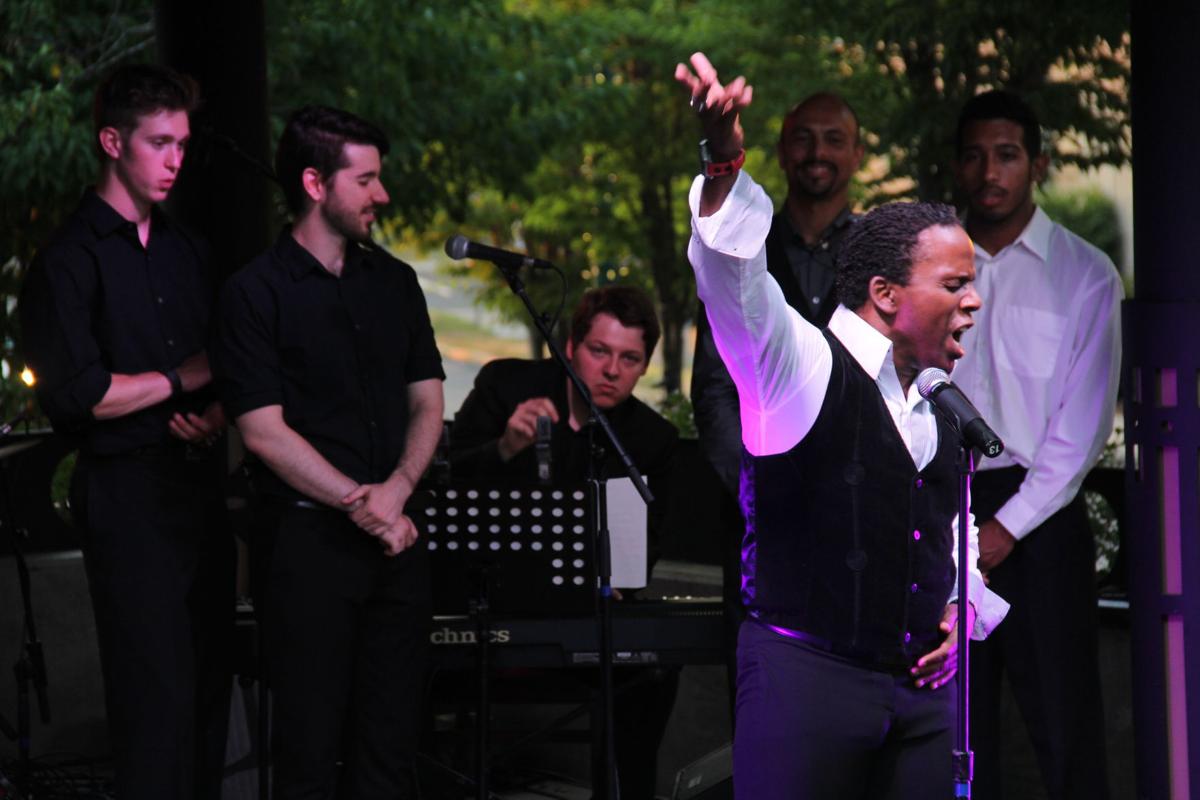 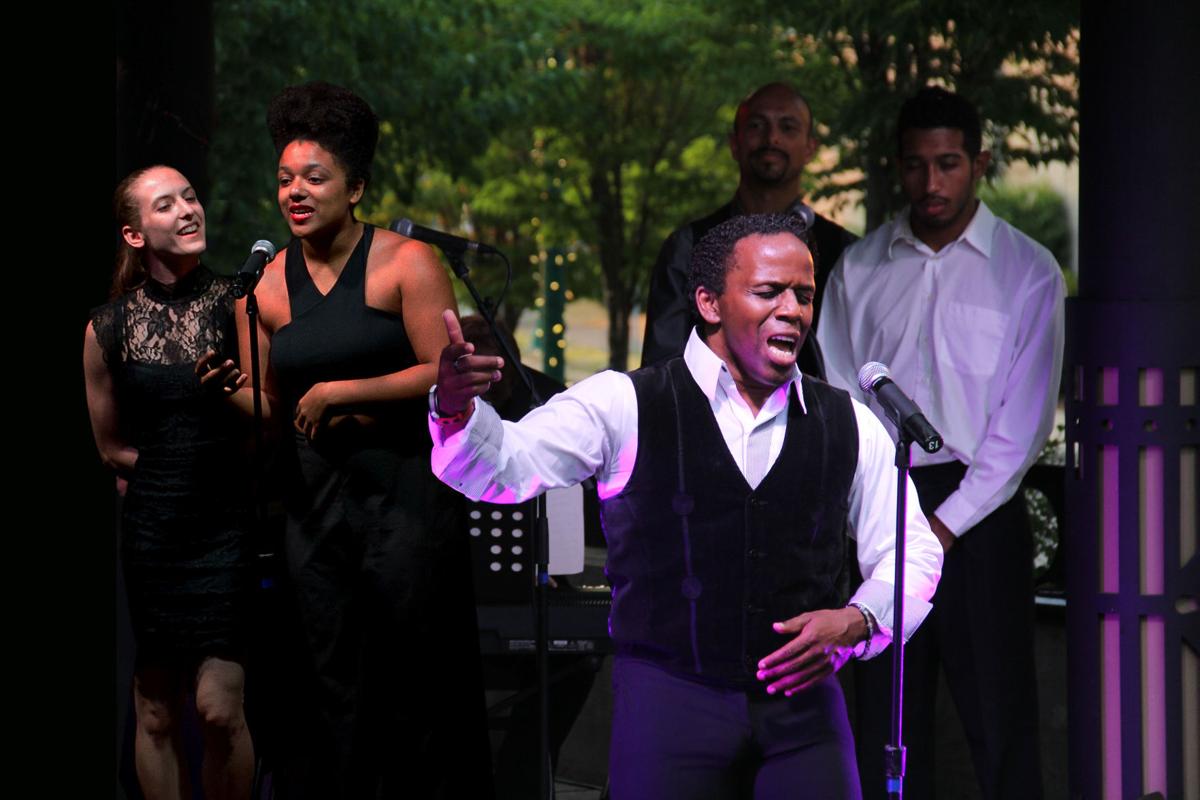 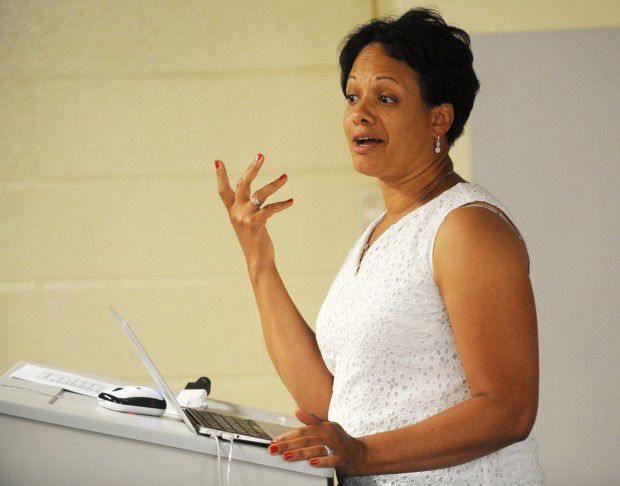 Cayuga County Sheriff David Gould bids farewell to his deputies and jail employees on his last day in office.

The visage of Harriet Tubman herself will be watching over the fourth edition of the Auburn music festival in her name.

This year's Harriet Tubman Freedom Music Festival, taking place Saturday, will move to the New York State Equal Rights Heritage Center on South Street. As always, though, the event will consist of an evening of live music and the presentation of the annual Harriet Tubman Freedom Awards. The festival is presented by the center, the city of Auburn, the New York Institute of Dance & Education, Kaleidoscope Dance Theatre and choreographer Sean McLeod, of Auburn, president of the latter two organizations and executive producer of the event.

After taking place at the State Street band shell its first two years, and the Harriet Tubman National Historical Park the year after that, the festival moved back downtown this year because its mission complements that of the new center, McLeod said. And not only can the festival help the center highlight the diversity and contributions of people of color in Auburn, he continued, but the center can provide the festival scenery that's relevant and resonant. Both a bronze statue of Tubman and a tile mural of the abolitionist will be within sight of the festival stage Saturday. And on nearby Exchange Street, McLeod said, his great-great uncle, John H. Waire, worked with Tubman's brother to open the first black business in the city, a barber shop.

"We're helping the city (leadership) learn what it means to be inclusive," he said. "We're not an inclusive community yet, but we're trying to get there."

This year's festival will once again feature McLeod performing his "Soundtrack for Harriet Tubman," a selection of songs from a musical he wrote about her in the 1990s. However, Saturday's performance will be the first under musical director Noah Kellman, a central New York native who went on to learn at New York University and the Clive Davis Institute of Recorded Music.

Kellman is helping McLeod create a new iteration of the soundtrack, he said.

COST: Admission free and open to the public

"He's one of the hottest things in the world of music," McLeod said. "A virtuoso of monumental proportions."

Also performing will be singer-songwriter Jaylin Brown, whose set at last year's festival was rained out, and Grammy-winning gospel artist Estee Bullock. Area performers Edgar Pagan, Richie Melito and Jaquiel the Voice will take the stage as well. And one of the Freedom Award winners, pastor Bernard Alex of Victory Temple Fellowship Church in Syracuse, will sing with the church's choir.

The choreographer also praised Gould and Evelyn for their work in Auburn. He said the former sheriff was a comforting presence in the local community, and made law enforcement feel like an ally and friend. Evelyn, meanwhile, is "a great example of what people of color can achieve without having to sacrifice their soul," McLeod said.

"When you look at this level of people, it's not about how well-known they are, it's about how good they are at what they do and how they reflect the characteristics of Harriet Tubman," he said.

VIDEO: An overview of the Harriet Tubman Freedom Music Festival

Professor, Tubman descendant to talk her legacy at Auburn college

"Harriet Tubman: Her Life and Legacy" will be the subject of a presentation from 4 to 5 p.m. Monday, Feb. 17, in the Student Lounge of Cayuga …

A month away from St. Paddy's, Auburn bar to celebrate St. Practice Day

St. Patrick's Day is a month away on Monday, and one Auburn bar is giving people an opportunity to practice celebrating.

Here's a look at a few beloved musicians, athletes, actors and other stars we've said goodbye to so far in 2020.

Joan Jett and The Blackhearts will be the final Chevy Court performers of the 18-day 2020 New York State Fair.

Spotlight Studio, of Auburn, was nominated for a Syracuse Area Music Award for Best Other Style for its Christmas album, "A Holiday Spotlight."

Those who want some laughs with their love can check out a Valentine's Comedy Night at 8 p.m. Saturday, Feb. 15, at Treleaven Wines, 658 Lake …

Cayuga County Sheriff David Gould bids farewell to his deputies and jail employees on his last day in office.