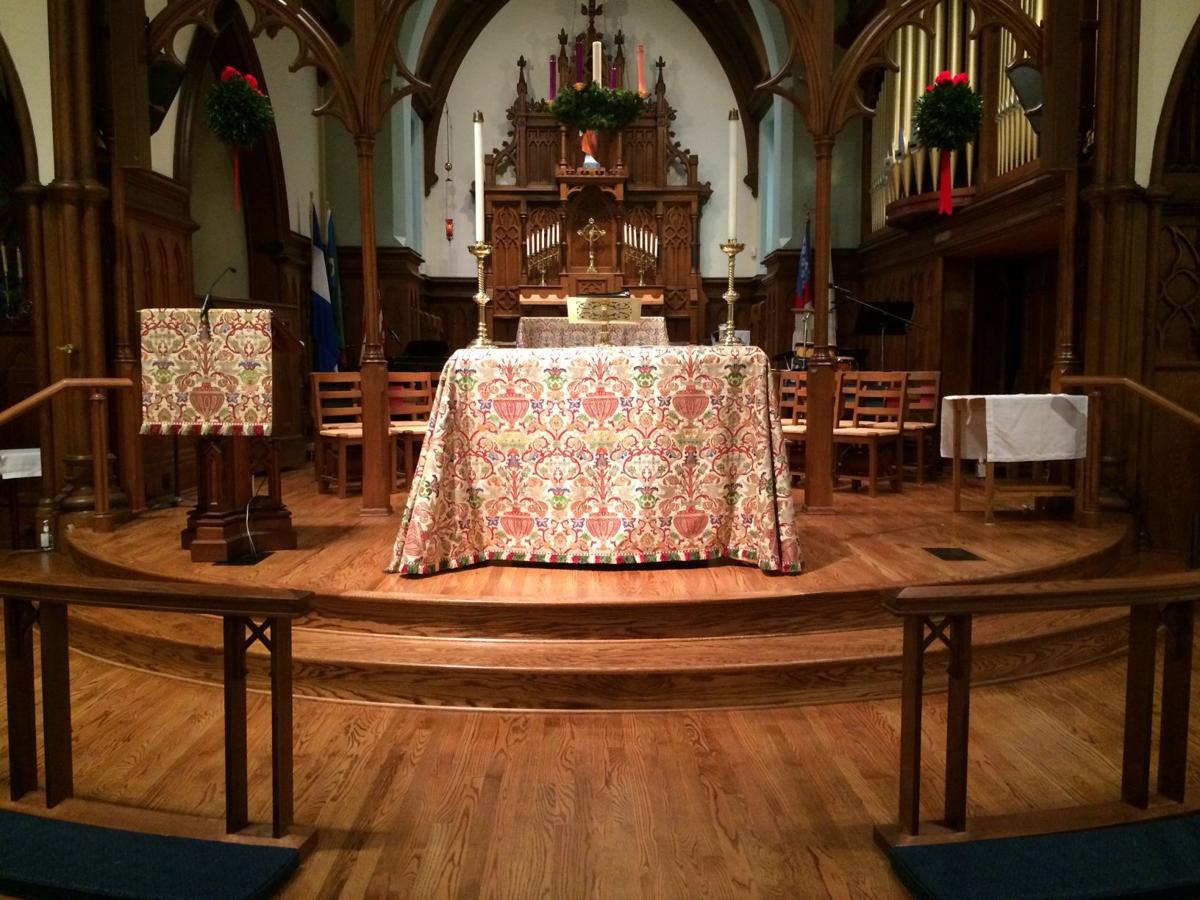 The altar at St. James' Episcopal Church in Skaneateles.

A rare performance by a former opera star will mark the start of a new music series in Skaneateles.

The Lakeside Performing Arts Series, set at St. James' Episcopal Church, will launch Sunday, Nov. 5, with a vocal performance by Marcus Haddock and Katie North Peck. Haddock, now a voice professor at Colgate University, and Peck, one of his students, will be accompanied by his wife, Kathleen, a piano professor at Syracuse University.

Marcus, 60, was once an internationally sought-after tenor who sang as Don José in "Carmen," Romeo in "Romeo & Juliet" and more iconic roles in opera houses in New York, Paris, Tokyo and more. His performing career of 25 years was all but cut short in 2013, however, when he had two strokes. He still performs, but gets tired quickly, Lakeside Arts Series Director Kip Coerper said Wednesday.

After his strokes, Haddock was hired to be choir director at St. James', Coerper said, but realized shortly thereafter that his health wouldn't allow him to maintain the position. That relationship to the church, as well as Haddock's residence in Skaneateles and worldwide renown, made him an appropriate choice to open the new music series, Coerper added.

"We continued to have a relationship with him and we value his contributions to the community," he said. "It's a great opportunity for him and us to showcase what he does."

Coerper said the concert's mix of the secular and the sacred will be a recurring theme of the Lakeside Performing Arts Series. But the series won't be limited to music: Coerper and St. James' members plan to program dance and other performing arts in the future. Its schedule includes a Dickens Festival trunk show Nov. 26, folk singer Dick Ward Jan. 21, saxophone quintet Cayuga Sax April 8 and The Jefferson (string) Quartet May 13. All except the free Dickens show ask for a $10 donation, Coerper said. The May 13 show will support Interfaith Works of Central New York.

Other shows in the series will support the musicians it features and other operating expenses, Coerper said. To that end, the series also received a $750 grant from the Skaneateles Area Arts Council.

Coerper and St. James' hope to eventually make the series monthly, and use the church's parish hall, sanctuary, chapel and possibly even the lakeside lawn for its future shows, Coerper said.

"We want to use all the spaces creatively, if we can," he said.

NOTE: Concert will be one hour in length, with no intermission

Friday and Saturday, Rebecca Carr will perform in "The Vagina Monologues" for the first time at Auburn Public Theater. And that's not even the…

The altar at St. James' Episcopal Church in Skaneateles.