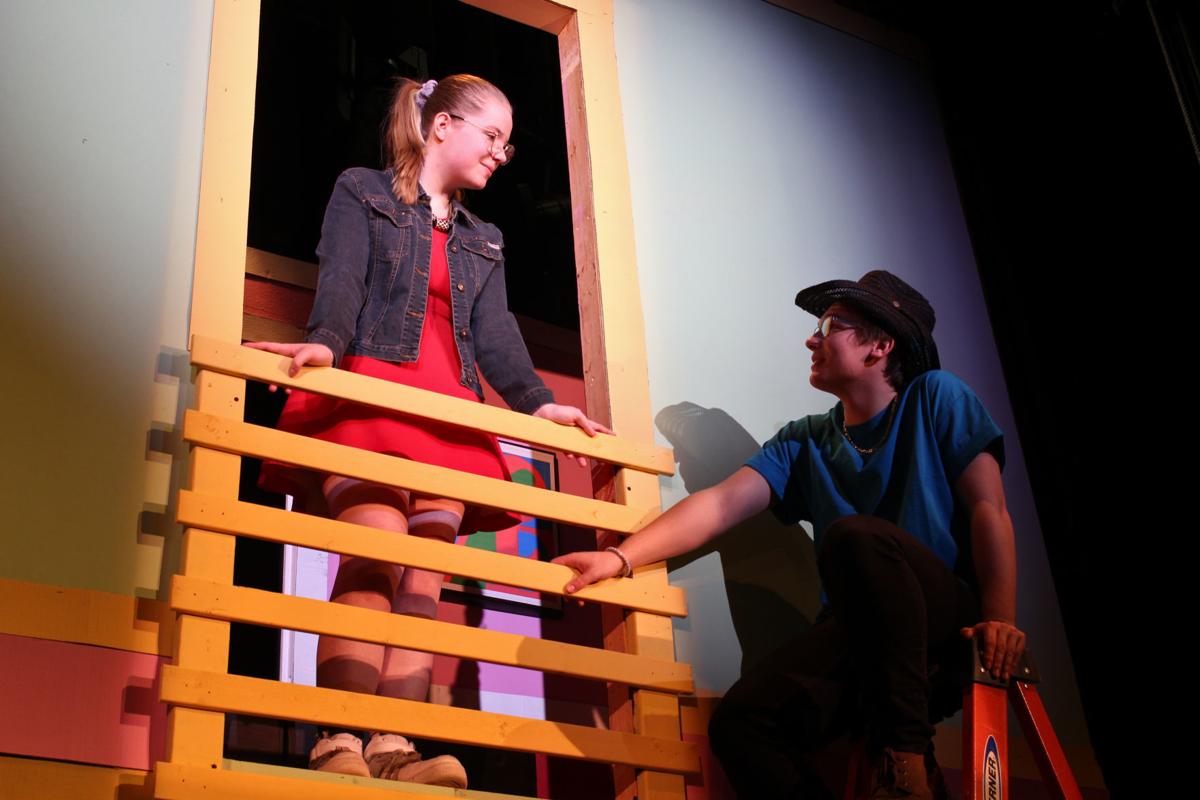 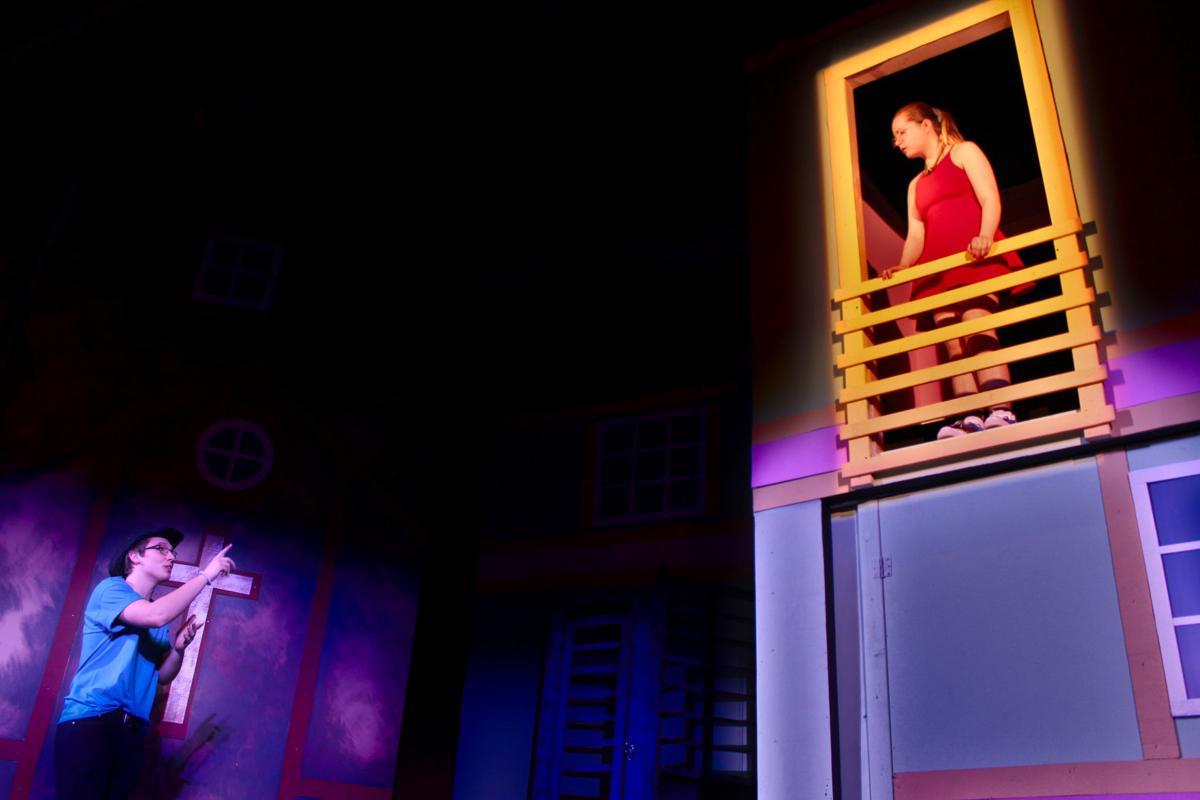 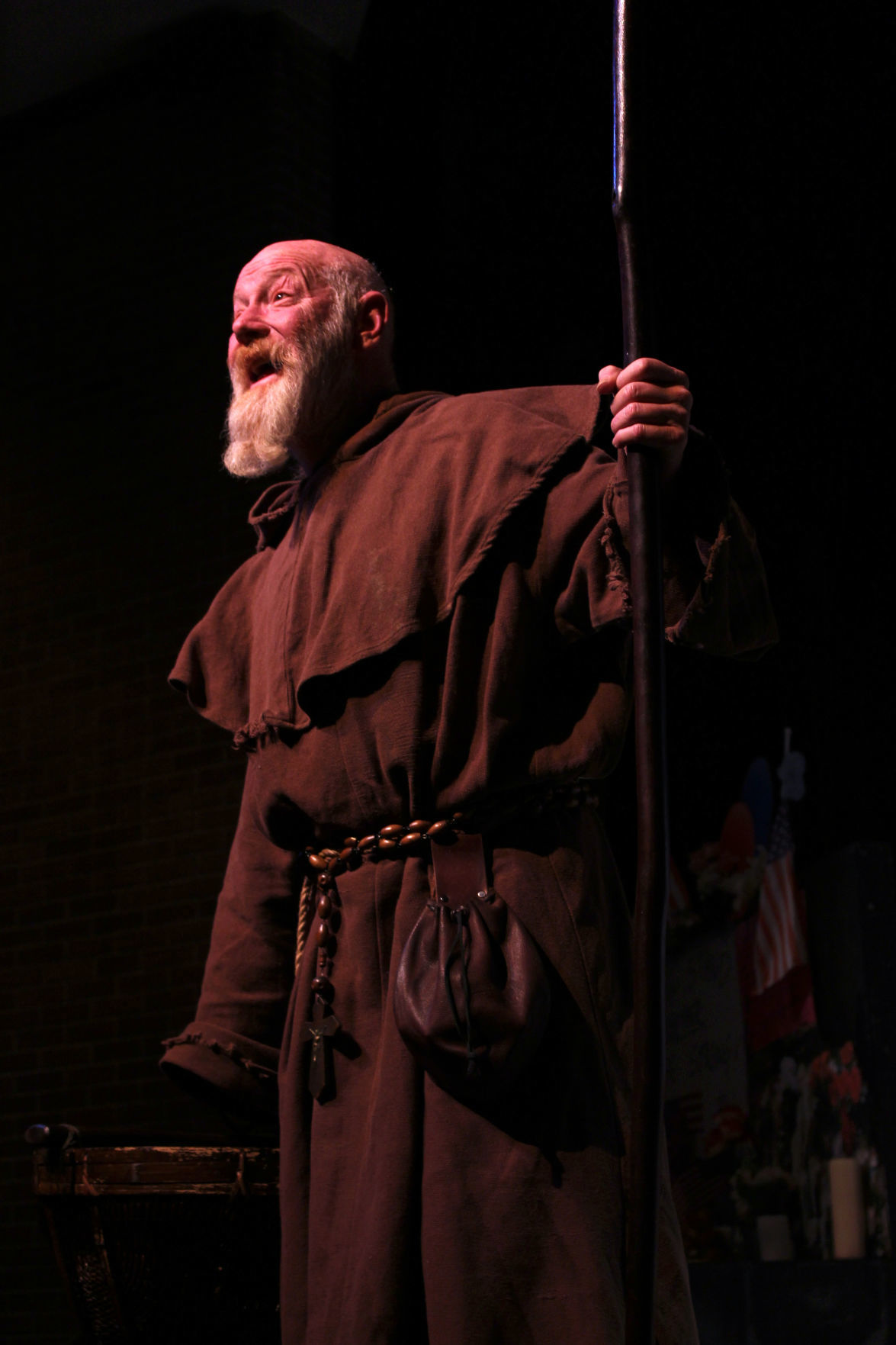 Simon Moody is Friar Laurence in the Auburn Players Community Theatre's production of "Romeo and Juliet." 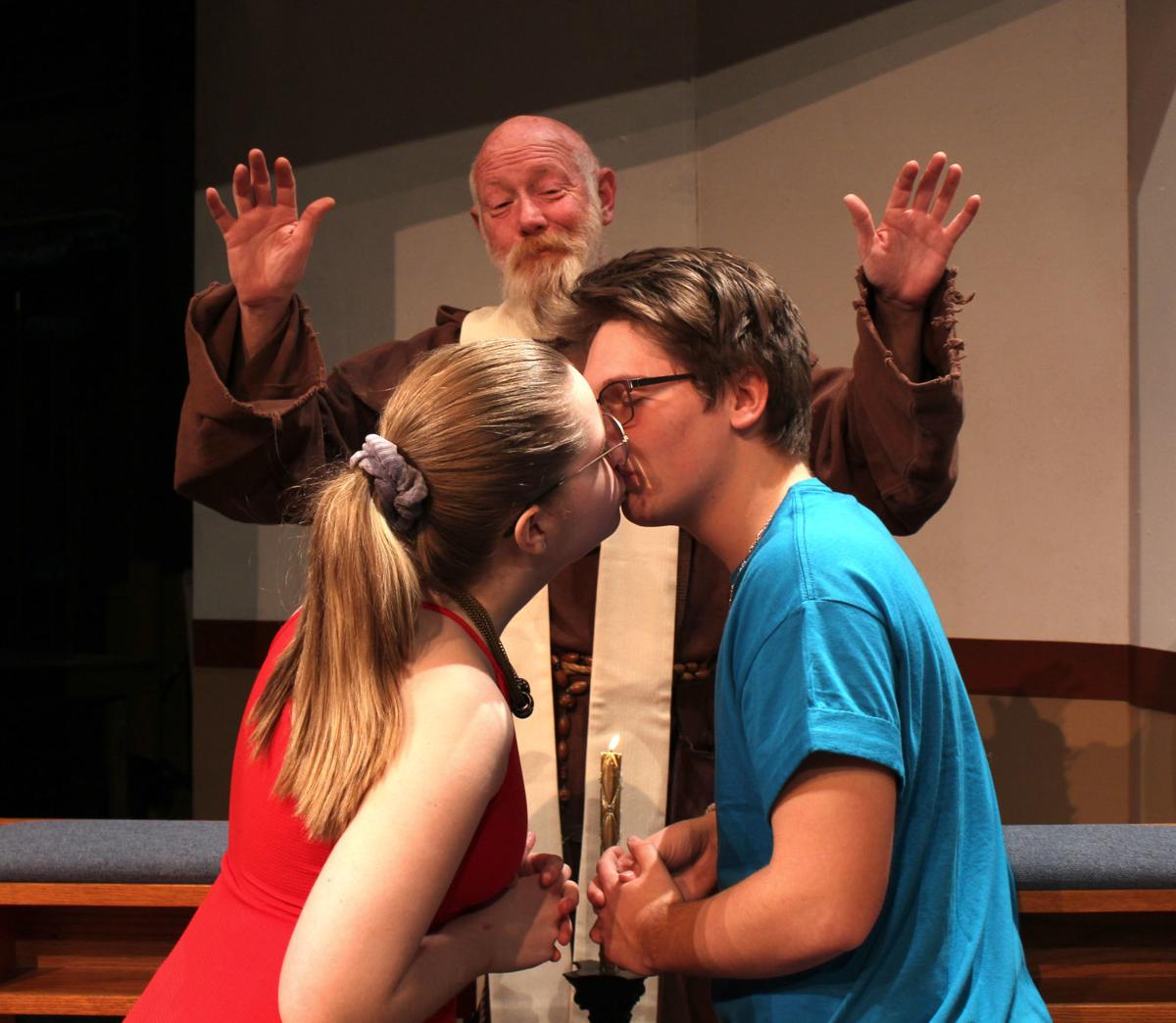 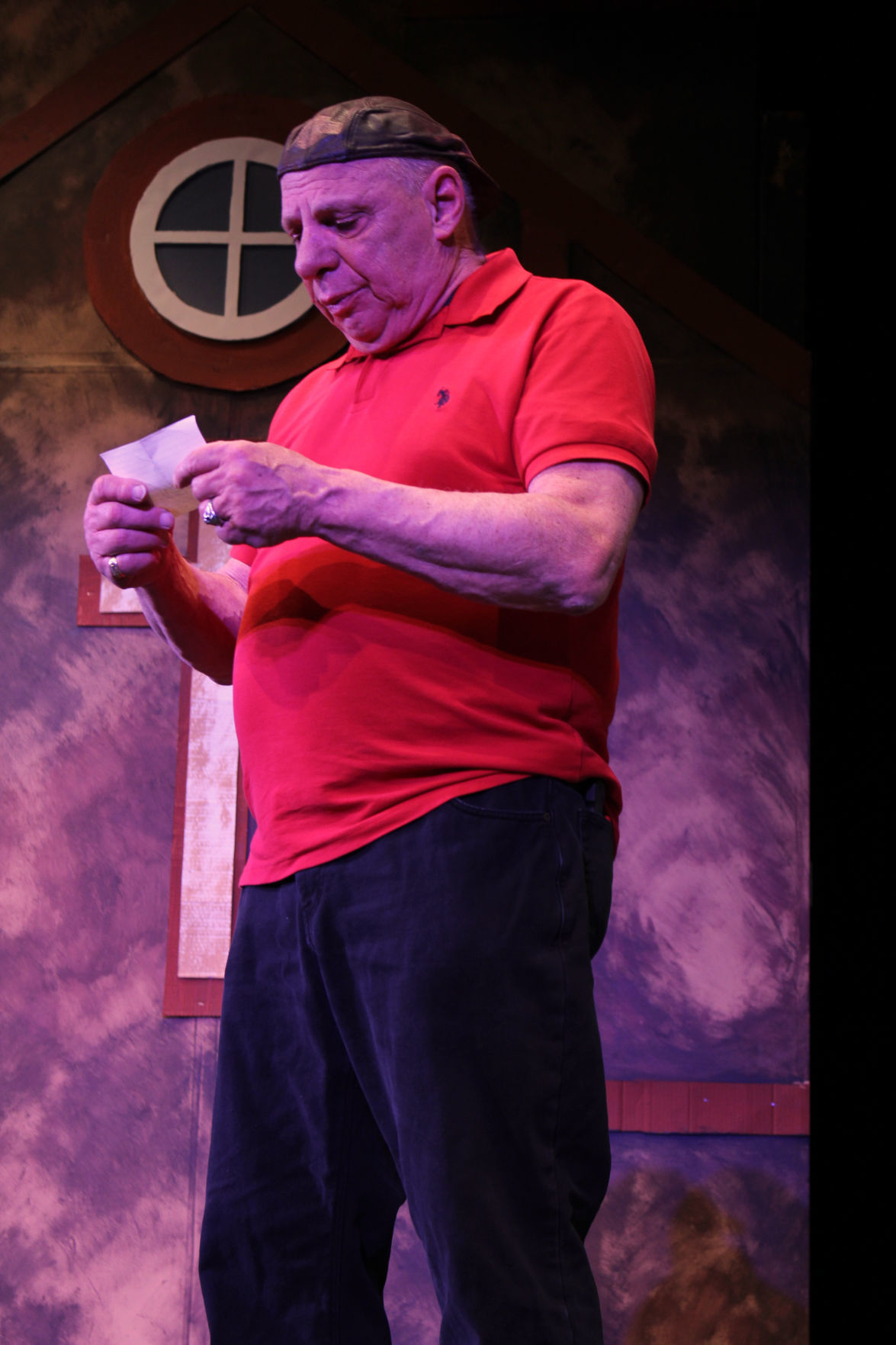 Tony Saurini is Peter in the Auburn Players Community Theatre's production of "Romeo and Juliet." 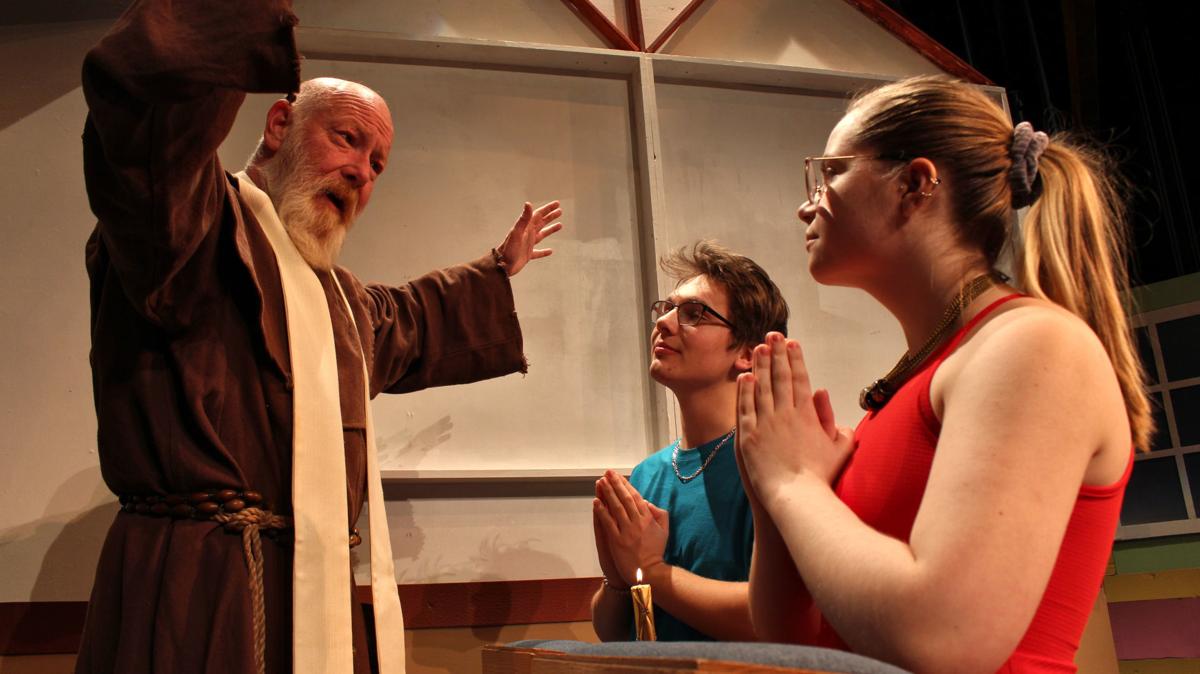 Because it's not just the love that distinguishes the local theater group's production of the seminal Shakespearean tragedy. It's also the hate that love tries to overcome.

To make that theme more relevant to modern times, the group set its "Romeo and Juliet" in them.

Specifically, the show takes place Aug. 4, 2019 — one day after the mass shooting at a Walmart in El Paso that killed 22 people.

A memorial to the victims, modeled after a real one raised in the Texas city, occupies the middle of the stage in Irene A. Bisgrove Theater at Cayuga Community College. So it serves as a constant reminder of what Stevens called "animosity linked to otherness." Just as that force motivated the gunman in El Paso, the director said, it motivates the Montagues and the Capulets.

"We chose that as our setting to try to explore the play in light of the circumstances of violence in America," he said.

Jennifer O'Neil is Juliet and Dylan Walawender is Romeo in the story, which is based on a 2008 adaptation by David Hundsness and sees the star-crossed lovers from warring families struggle to be together. Despite the contemporary setting, the Auburn Players still use Shakespeare's original writing. But sets like a backyard barbecue and props like cellphones set the scene clearly, Stevens said. And some elements of the setting, like the way the men swagger as they walk down the street and fight like barroom brawlers, provide "moments of very funny comedy," the director said.

"One of our pleasant discoveries is that a lot of the poetic language that's part of the text seems more understandable coming out of these rural, regional accents," he said. "It brings a freshness to it, so the audience for two minutes wonders where in the world we are. But that makes it more understandable to a modern audience than Elizabethan England, or the Italian Renaissance."

Making the Shakespearean play accessible to modern audiences is also important to the Auburn Players because "Romeo and Juliet" is part of their Literary Series. Students are admitted free to shows in the series, which are typically part of high school curricula. It can be easier for students to connect with the stories on the stage than on the page, Stevens said.

Likewise, it could be easier for all audiences to connect with "Romeo and Juliet" in the context of recent tragedy, Stevens said. And in that context, love still finds its way.

"It freshens it up, and shows how Romeo and Juliet experience first love, young love, the difficult-to-define moment where two people are attracted to one another and aren't able to articulate the emotions that are flowing," he said. "And there's something in that other person that makes them want to overcome whatever the obstacles are."

Auburn theater group looking for directors for next season

The Auburn Players Community Theatre is looking for directors for its 2020-2021 season, the organization's 60th year. The organization produce…

Simon Moody is Friar Laurence in the Auburn Players Community Theatre's production of "Romeo and Juliet."

Tony Saurini is Peter in the Auburn Players Community Theatre's production of "Romeo and Juliet."