Mourner arrested after causing a 'disturbance' at Westminster Hall

A mourner has been arrested after causing a "disturbance" as Queen Elizabeth lies in state.

Thousands of people are currently queueing up to pay their respects to Her Late Majesty - who passed away on 8 September at the age of 96 following a 70-year reign - as she lays in a coffin at Westminster Hall but police confirmed on Friday (16.09.22) evening that a man was being held in custody after allegedly defying the Public Order Act.

In a statement, the Metropolitan Police said: "Around 10pm on Friday 16 September, officers from the Met's Parliamentary and Diplomatic Protection Command detained a man in Westminster Hall following a disturbance. He was arrested for an offence under the Public Order Act and is currently in custody."

Mourner arrested after causing a 'disturbance' at Westminster Hall

Woody Allen is planning to retire from filmmaking

The 86-year-old director - who has directed 49 and won four Academy Awards since starting his career back in the 1960s - is set to take a step back from movie making after he completes the shooting of 'Wasp 22' in Paris so he can concentrate on writing novels.

He said: "I don't know if I will write more memoirs, I don't think so. My next film will be number 50, I think it's a good time to stop. My idea, in principle, is not to make more movies and focus on writing, these stories and, well, now I'm thinking more of a novel, which would be my first novel."

The acclaimed actor-turned-director - who is known for directing classics such as 'Annie Hall' and 'Manhattan' - went on to explain that his potential novel will be "humorous" because that is what comes most "naturally" to him.

Woody Allen is retiring from filmmaking

Kelly Ripa "passed out" while having sex with her husband

The 51-year-old actress - who has been married to 'All My Children' co-star Mark Consuelos since 1996 and has Michael, 25, Lola, 21, and 19-year-old Joaquin with him - explained that she had woken up in the emergency room early on in her marriage during the throes of passion because of large cysts on her ovaries.

She said: "My eyes shift between the fuzzy images on the screen, the remnants of my ovarian tormentor, and Mark happily snacking away. Sex can be so traumatic I think, and yet one of us is completely undaunted."

The 'Live with Kelly and Ryan' host went on to joke that while her husband had appeared at her bedside looking "well dressed", she herself had dressed like a "dime store prostitute" as she thought she was having a nightmare.

Kelly Ripa 'passed out' while having sex with her husband

Celebrity news for the week of Sept. 12

Big Ben failed to ring out as planned to signify the nationwide silence to mark the passing of Queen Elizabeth, with UK Parliament now looking into the "technical issue" ahead of Her Late Majesty's funeral.

Entry to the queue for Westminster Hall will close permanently when the queue reaches final capacity, just hours after the DCMS warned those who were not already waiting in line to "not set off."

Kate Winslet has reportedly been "rushed to hospital" after suffering a leg injury on set in Croatia but is "fine" and will continue shooting her new movie.

Michael Crawford: Queen Elizabeth has taken me through my life

Michael Crawford says the Queen has "taken him through" his life and has spent the last 70 years making a scrapbook based around the late monarch.

Joe Biden: Queen Elizabeth reminded me of my mother

Joe Biden says Queen Elizabeth reminded him of his mother as he attended Westminster Hall to pay with his wife to py his respects to the late monarch.

'Terminator 2' Robert Patrick doesn't watch his own movies and used to struggle with fans who only wanted to talk about his more iconic roles.

Taylor Swift has seemingly confirmed Jack Antonoff has worked on her new album as he features in a new behind-the-scenes video.

Florence Pugh and Chris Pine were the perfect match for their roles in 'Don't Worry Darling', says writer Katie Silberman.

Pat Boone is happy to be labelled 'a square'

Pat Boone is proud to be "a square".

Queen Elizabeth remained spirited about her horses in the lead up to her death.

Imagine Dragons frontman Dan Reynolds has split from his wife after 11 years of marriage.

Justin Trudeau paid his respects to The Queen and met with King Charles.

The Queen's granddaughters, Princesses Beatrice and Eugenie, have broken their silence on the loss of their beloved grandmother.

Donald Trump invited to US memorial service for Queen Elizabeth

Donald Trump was left off the guest list for Queen Elizabeth's funeral in London but received an invite from the British government for the "Service of Thanksgiving for the Life of Her Late Majesty Queen Elizabeth II" in Washington DC, according to The Telegraph newspaper.

Carey Mulligan was "completely critical" to Marcus Mumford's first solo album and supported him through writing and recording it.

Gene Simmons doesn't have friends and hates 'hanging out'

Gene Simmons doesn't have friends he hangs out with because he wants to do his own thing.

'Magic Mike's Last Dance' was originally set to go straight to streaming on HBO Max but Warner Bros has now decided on a theatrical release from February 10, 2023.

Hocus Pocus director says it was 'daunting' doing a sequel

'Hocus Pocus 2' was a "daunting task" for the director.

Gene Simmons doesn't fear dying but wants to make sure his wife and children are "taken care of".

David Beckham turned down the chance to jump the queue at Queen Elizabeth's vigil, after an MP offered him the chance to move ahead.

Rosie O'Donnell has had a 'weird' relationship with Ellen DeGeneres

Rosie O'Donnell has had a "weird" relationship with Ellen DeGeneres ever since her fellow comedienne took over her talk show slot. back in 2003

Kim Kardashian looks after her children '80 percent' of the time

Kim Kardashian looks after her children "80 percent" of the time, according to ex-husband Kanye West.

Kourtney Kardashian confirms a third season of The Kardashians is underway

Kourtney Kardashian has confirmed that a third season of 'The Kardashians' is underway even though the second season of the hit reality show has not even aired yet.

Marcus Mumford had a trauma specialist check his new album - which discusses his ordeal of being sexually abused as a child - before making the songs public.

Johnny Depp and Amber Heard's defamation battle is going to be a movie, 'Hot Take: The Depp/Heard Trial.'

King Charles made an unprecedented speech in Welsh at the Senedd on Friday (16.09.22), speaking in the language for over a minute.

Britney Spears and Jamie Spears are in discussions to end their legal battle.

Parents sending their children to Kanye West's school in California reportedly have to sign non-disclosure agreements.

Mariah Carey's fans resonated so much with 'Outside' that they had the lyrics inked on their skin.

Idris Elba admits his ambition for the upcoming 'Luther' movie is that it becomes a big screen action franchise.

Jeff Bridges was 'at death's door' when he contracted Covid-19

Jeff Bridges was "at death's door" when he contracted Covid-19 while battling cancer because he had "nothing to fight" the virus as a result of the chemotherapy he'd been undergoing.

Queen Consort Camilla has been in "quite a lot of pain" while carrying out official duties because she has a broken toe.

Weird Al advised Daniel Radcliffe how to play the accordion as the 'Harry Potter' star prepared to play him in the biopic 'Weird: The Al Yankovic Story'.

Noah Cyrus was "stripped of [her] identity" as a child growing up in the shadow of her older sister, Miley Cyrus.

Mufasa: The Lion King gets a July 2024 release

'Mufasa: The Lion King' - which is being helmed by Barry Jenkins - has been handed a July 2024 release date.

George Clooney, Brad Pitt and Matt Damon are set to reunite for a new movie, according to an insider.

Lewis Capaldi admits that fame and success has complicated his love life.

Mariah Carey shares how she bonded with Meghan, Duchess of Sussex

Mariah Carey and Meghan, Duchess of Sussex were able to bond over their similarities.

Chrissy Teigen shocked to realise she had abortion, not miscarriage

Chrissy Teigen has explained how she didn't realise she actually had an abortion, not a miscarriage when she lost her baby son Jack.

Timothee Chalamet says he feels 'older' than he is

Timothee Chalamet says he feels "older" than his age of 26.

Hot off the Wire: sports and entertainment for Sept. 18 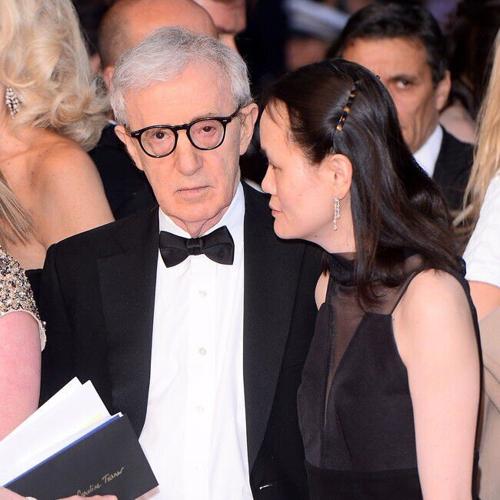 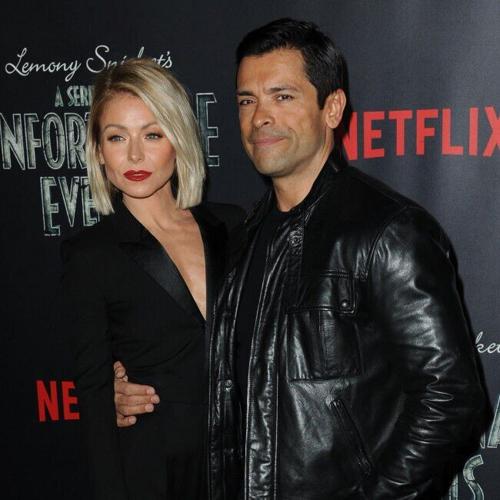