Become a Member
Read Today's E-edition
Share This
Review: 'Dishonored 2' (PS4) a hearty cut above its predecessor
0 Comments
Share this
1 of 3 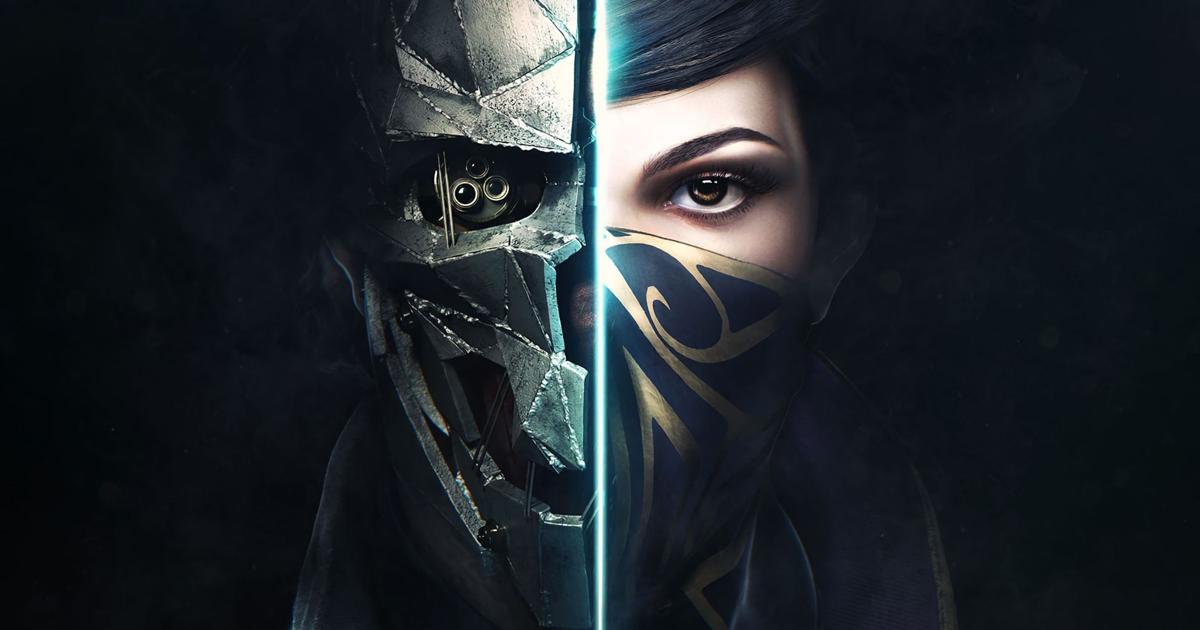 In "Dishonored 2," players can choose to be the first game's protagonist, Corvo Attano, or his daughter, Empress Emily Kaldwin. 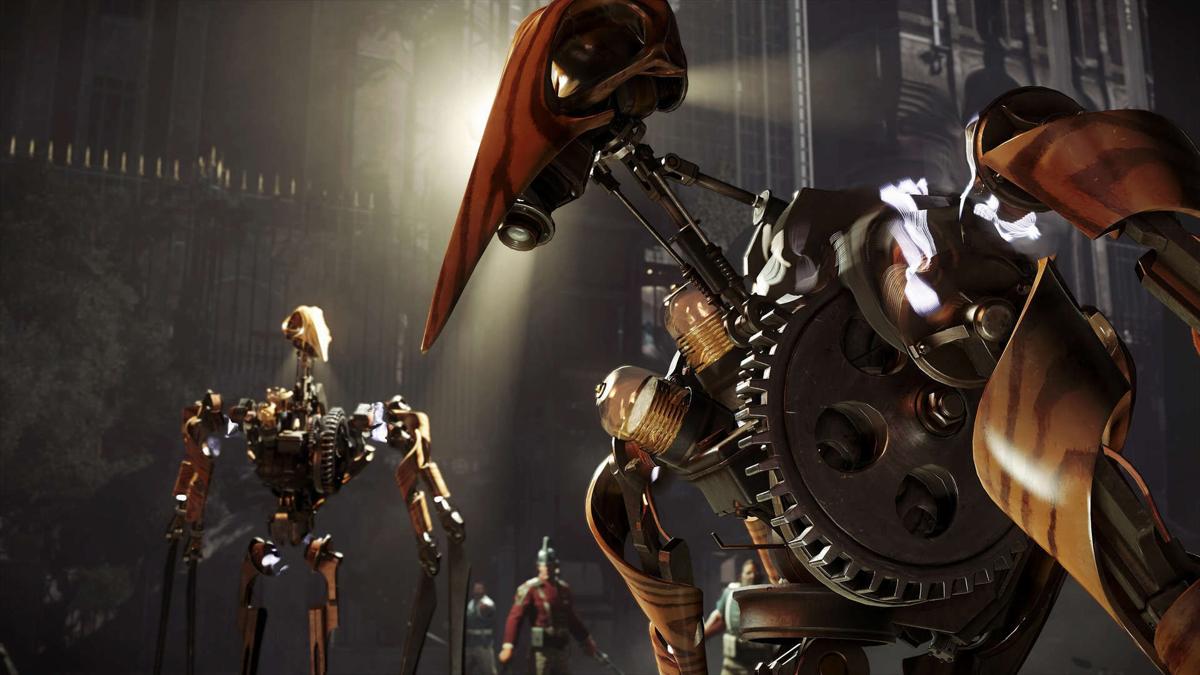 The mechanical Clockwork Soldiers — which can can see ahead and behind them — are a new enemy in "Dishonored 2." 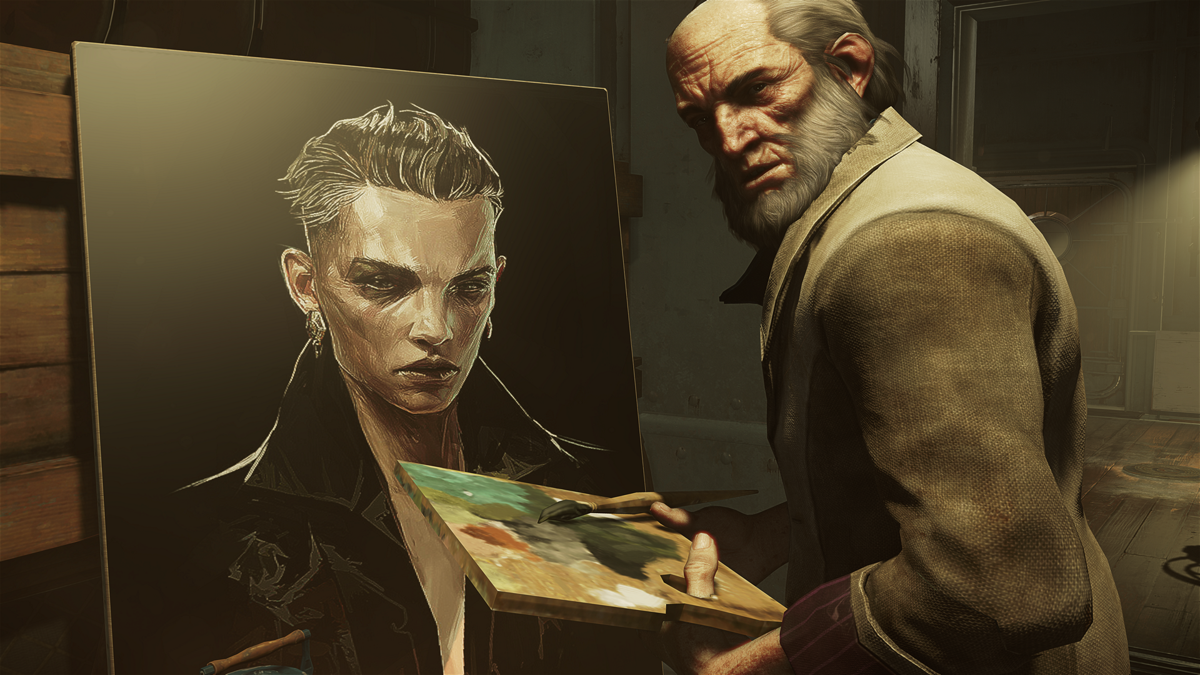 The style's ornate machinery, gears upon tubes upon brass, suggests a sort of manufactural perfection. Like its 2012 predecessor, "Dishonored 2" chases that perfection throughout. From its menu layout and save system to its stealth mechanics and level design, the sequel is made to engage you as wholly and efficiently as possible.

But "Dishonored 2" goes a step further than its predecessor to fully pay off the series' steampunk debt: It has heart. Like the genre's most defining works, "Dishonored 2" enlivens its sharpened game design with a gripping, personal story that elevates it into not only a superior sequel, but one of the best titles of 2016.

The game returns to Dunwall, the dreary seaside island whose dress and architecture resembles Victorian England, except with witchcraft, walls of light that vaporize would-be trespassers, and a whale economy. Fifteen years after the first "Dishonored," its protagonist, Corvo Attano, is royal protector to new Empress Emily Kaldwin.

The young ruler's throne room is quickly hijacked by Delilah, the antagonist of "Dishonored" DLC episode "The Witches of Brigmore" and, Emily learns, her aunt. Backed by the forces of Duke Luca Abele, who's voiced by Vincent D'Onofrio in fully obnoxious Wilson Fisk mode, Delilah usurps her niece. And with that, "Dishonored 2" already has more stakes than its aloof predecessor.

What happens next depends: "Dishonored 2" lets you play as either Emily or Corvo. Whomever you choose, Delilah turns the other into stone and forces your character into hiding on the southern island of Serkonos. As the new location introduces new lore to the series, the sequel refreshingly picks up as many old threads from the first "Dishonored" as from its DLC.

The sequel delivers another nine chapters of sneaky movement through mesmerizing environments, part "Thief" and part "BioShock," but again conjures something more than the sum of its genre parts. Nothing in "Dishonored 2" does more to continue carving out the series' identity than the newly personal nature of its story — but its game design comes close.

"Dishonored" is a playground.

The difficulty of the game's stealth spikes higher than the first "Dishonored." Animated with smart AI and humanizing idle chatter, guards will continue to trigger the game's onerous swordplay for sloppy players who can't give them the slip. At several points in "Dishonored 2," however, the guards' placement thins your safe zones significantly.

Arcane's masterful design extends to even the save system, though. Its more harrowing sequences are easier to swallow because the game lets you quick-save with a one-two button press: Pause, then hold the left trigger to load or right trigger to save. The load times are agreeable, too, making failure just the right amount of frustration.

The game's enemies also include the DLC's vaporous witches and the new Clockwork Soldiers, skeletal robots with sword appendages and eyes that can see ahead and behind them. The latter, in particular, all but force you to dig into "Dishonored 2's" web of powers and gadgets, be it teleportation (Blink for Corvo, Far Reach for Emily) or stun and shrapnel mines.

Unlike the first game, it's all but impossible to simply crouch and sleeper-hold your way back to Dunwall's throne room. The game welcomes you to try, though, with a new no-powers mode that sees you reject the dark gift of the otherworldly (and sort of emo) Outsider, who himself has a more personal role in "Dishonored 2's" story.

Such an effort would benefit from familiarity with "Dishonored 2's" maps, a mix of grimy urban thickets and sumptuous mansions. Arcane's design of these spaces, from the multiple pathways they yield to the lore and side quests they hide, is again stunning. Two in particular, though, turn the game on its head with clever new folds in the usual cautious exploration process.

An unlikely, and perhaps unfair point against "Dishonored 2" comes in the form of "Hitman: Season One," another stealth standout from 2016 whose episodic release improved the experience to an unforeseeably huge degree. Having the same interstitial months to savor Arkane's even denser maps might have benefited the game all the more.

When "Dishonored" players last left the assassin Daud, in April DLC pack "The Knife of Dunwa…

But one major quality that sets "Dishonored 2" apart from "Hitman," among many, is the meaningfulness of its outcomes. Every choices as Agent 47 ends in murder, but the ones you make as Emily or Corvo can end bloodlessly — even benevolently. Arkane's narrative allows for a few that both challenge your stealth skills and buttress the game's story.

A late-game level suggests you kill the head of one of two warring factions, and bring his body to the other to secure help cracking a safe. But in a brilliant move, and a victory for math, Arkane provides a third option: You can unlock the safe outright by solving the rather difficult logical riddle that determines its code.

More brilliantly, Arkane randomizes the riddle Mad Libs-style, so there's no solution to look up. The game further curtails walkthrough consultation by scattering the location of some targets on its maps. This effort to distinguish your experience with "Dishonored 2" has its limits, though: Upon reloading, the same soldiers can have wildly different backstories characterizing them.

You hear them through the Heart, the mystical organ that additionally tells you where to find the game's ability-boosting runes and bone charms amid the haystack maps. The item serves more narrative use in "Dishonored 2," as well. For Emily, it reconnects her with her mother, Jessamine, the empress assassinated in the first "Dishonored's" first chapter.

Because the sequel starts from Emily's point of view prior to giving you the choice of protagonist, and because she's the default choice, she's quite likely the canonic agent in the game's events. Whomever you choose, though, the expertly designed and compellingly told "Dishonored 2" demands another voyage to Dunwall.

TL;DR: Arkane Studios improves upon its 2012 stealth smash with innovative level design and a personal, affecting story that provides even more incentive to play the game a second time.

PLATFORM: PlayStation 4 (also available for Xbox One and Windows)

DISCLOSURE: I received a download code for this game from Bethesda and completed a no-kill, no-alert playthrough as Emily in about 23 hours.

Lake Life Editor David Wilcox can be reached at (315) 282-2245 or david.wilcox@lee.net. Follow him on Twitter @drwilcox, or find him on PSN or Xbox Live under the name davewiththeid.

In "Dishonored 2," players can choose to be the first game's protagonist, Corvo Attano, or his daughter, Empress Emily Kaldwin.

The mechanical Clockwork Soldiers — which can can see ahead and behind them — are a new enemy in "Dishonored 2."