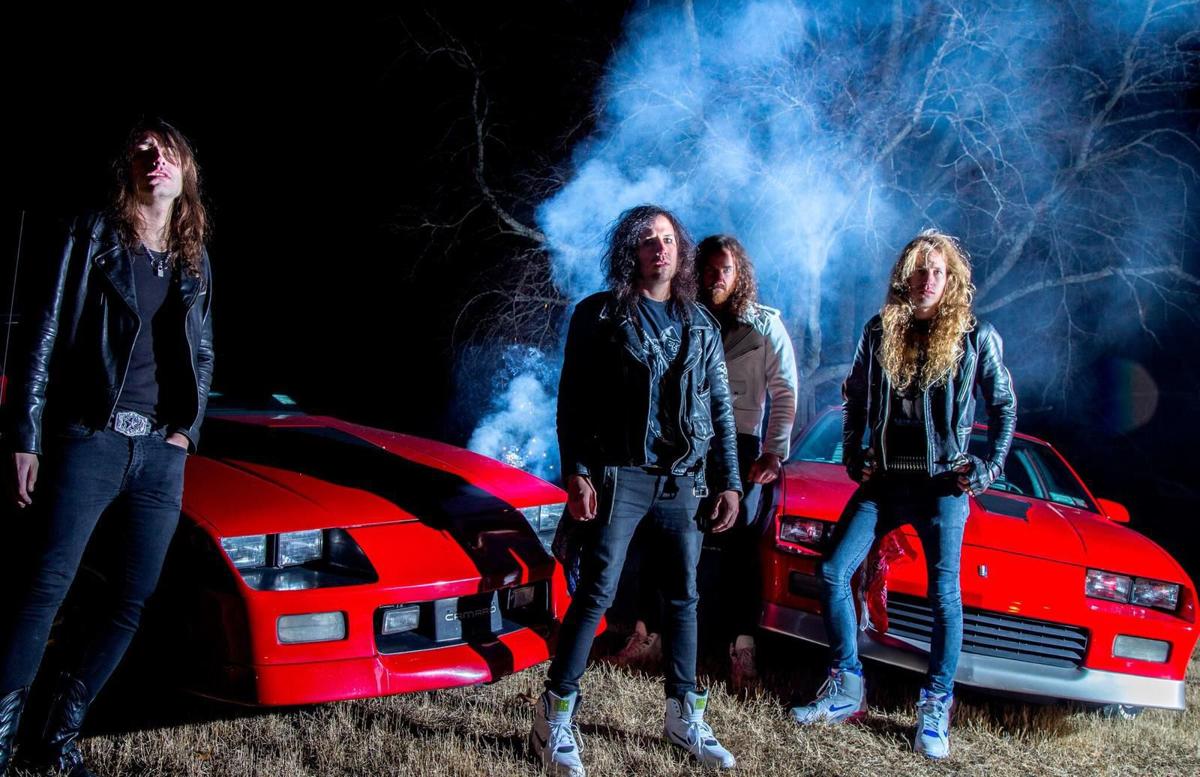 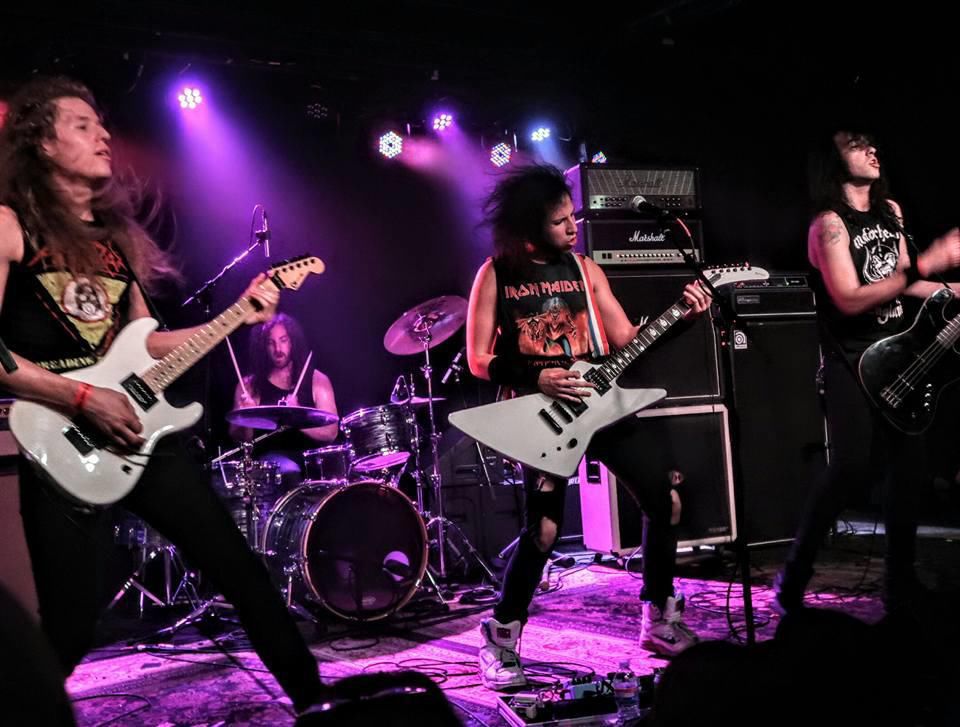 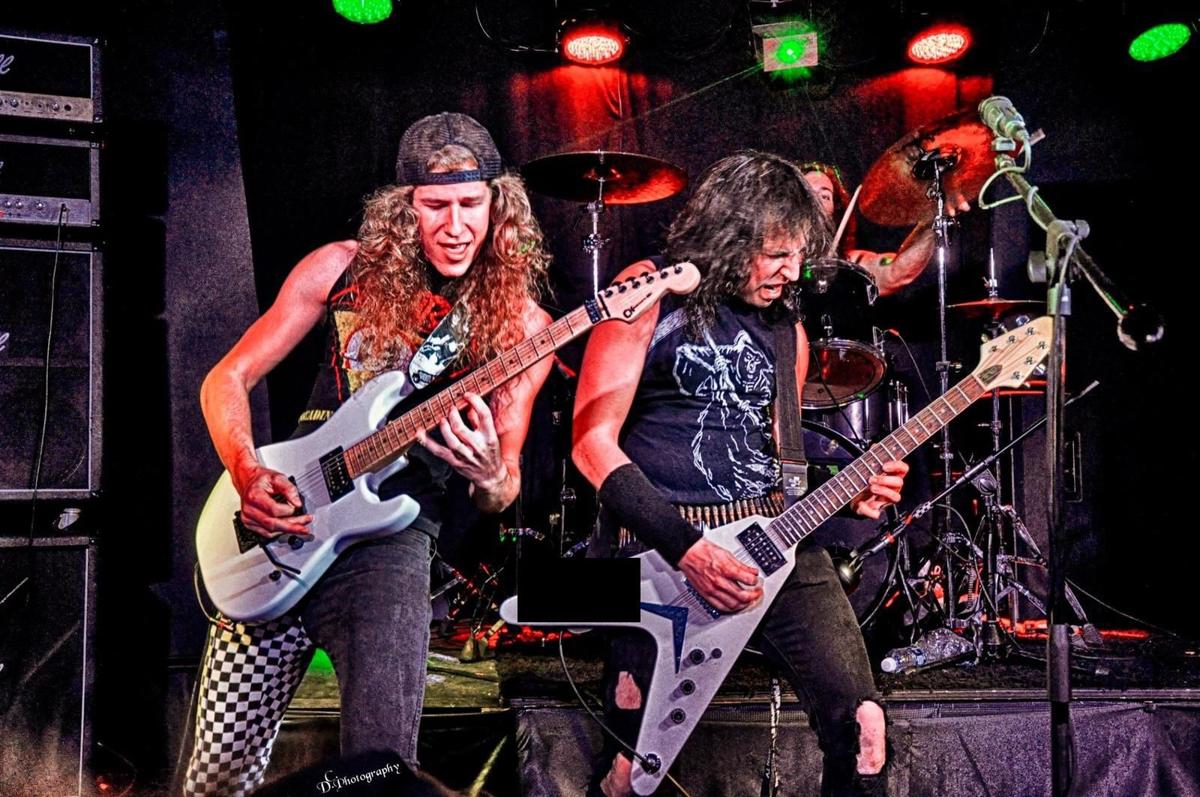 When the Denman brothers play Kegs Canal Side with their namesake band on Friday, they won't be "Miles Away From Home," as one of their songs goes. They'll be home.

That's why Ben and Dakota Denman felt the Jordan concert venue was a fitting place to film the song's music video. It'll be the first for Denman, which the guitarist brothers formed in Nashville with bassist Robbie Crede and drummer Ted Karol shortly after moving there from Niles in February 2016. Along with a new EP, "The Life We Live," the music video marks another successful step for the young '80s hard rock band, through which the Denmans have met both kindred spirits and guitar heroes in Music City USA.

Speaking from Nashville over the phone Wednesday, Dakota said he and Ben were inspired to pick up the guitar by their father, David.

"He'd pop in 'Van Halen I' on the stereo and play along with it, and we thought that was super rad," Dakota said.

Like David, Ben and Dakota would follow their musical passion into Auburn's music scene once they got their first guitars when they were 14 and 11. First they rocked all over central New York with Child's Play when they were teenagers, then they performed with Stormer while attending high school in Moravia. Both bands mixed select originals with hard rock covers, Dakota said.

But as the brothers reached their early 20s a few years ago, the difficulty of finding bandmates had them "just practicing our guitars and saving money," Dakota said. Then, after being let go from his job at Owasco Marine two years ago, he took a spur-of-the-moment trip to Nashville. That's where Dakota found "my people," he said.

Among them were Michael Wagener, a longtime hard rock mixer and producer whose credits include Metallica's "Master of Puppets" and Ozzy Osborne's "No More Tears." The "Miles Away From Home" music video will cut together footage of Denman's concert Friday in Jordan with shots of them at Wagener's Nashville studio, where the band recorded "The Life We Live."

In Nashville, the Denman brothers also found the bandmates they needed to realize their '80s rock vision. After making the move, Ben and Dakota began posting want ads in the city's music stores. They didn't have to look far: Both Crede and Karol worked at the very stores where the Denmans posted the ads, Dakota said, and the two quickly proved tight fits with the brothers and their music.

Since releasing "The Life We Live" in January, Denman has itself fit well within Nashville's hard rock scene. The EP features some backup vocals by Mark Slaughter, leader of the early '90s hard rock band bearing his last name. Denman's CD release show saw them open for Beasto Blanco, fronted by longtime Alice Cooper bassist Chuck Garric, who was joined on stage that night by the legendary shock rocker himself to perform "School's Out" and "No More Mr. Nice Guy." And just last week, the young band shared the stage with "To Be With You" hitmakers Mr. Big.

Denman's '80s sound and aesthetic have made it a commonly requested opening act by the bands of that era, Dakota said.

"Those hard rock bands are our favorite stuff," he said, citing Metallica, Mötley Crüe and Van Halen as its major influences. "You gotta stay true to what you love and what got you into this."

Ben and Dakota write the band's songs, Dakota said, beginning with the riffs and ending with the lyrics. Though their sound owes a debt to the brothers' '80s influences, they try to blend or twist them into something original, whether it's a high-energy lead guitar line for Dakota to play or a vocal hook for Ben to sing.

But before Denman applies that songwriting process to its first full-length CD, the band will continue looking for live bookings, try to sign management and, Friday, finish filming its first music video.

A. Probably the opening song on our EP, "The Life We Live." It's really high-energy and we open with it because it really gets people into it, and has a cranking guitar solo.

Q. Do you have a desert island album?

A. Something like Metallica's "Master of Puppets" would probably be right there, or Mötley Crüe's "Shout at the Devil."

A. In Nashville, the one venue we haven't played is the Exit/In. That's a small club. It's a cool place, the last club we haven't tackled yet in Nashville.

A. In 2005, I saw the all-original Anthrax lineup opening for Judas Priest.

Q. Who's your biggest musical influence?

A. Definitely my dad, because he's the one who got me into playing guitar and I thought it was super cool all because of him. And he's a really good guitar player.

WATCH: Denman, "The Life We Live"

WHAT: Denman with Fatal Curse

COST: Tickets $6 at the door

New venues, returning attractions and more made up The Citizen's most-read entertainment stories of 2017.