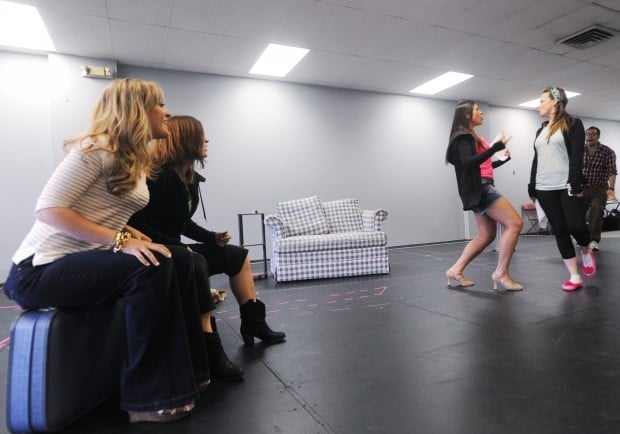 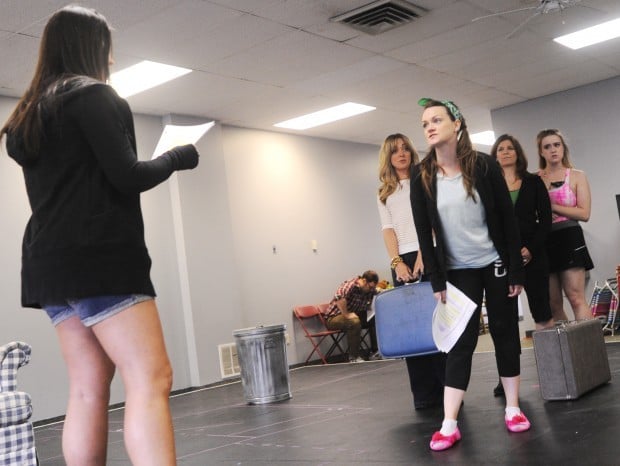 Armadillo Acres may be a trailer park, but it's no amusement park.

The audience will undoubtedly laugh at these fictional residents of society's bottom-rung community, much like they'd laugh at any of the real-life ones to grace TV screens on the "The Jerry Springer Show" or "Maury." But David Nehls and Betsy Kelso's 2005 musical treats its characters as more than stereotypes trotted onstage for easy humor.

Under the quirks of Pippi, Jeannie and Norbert are relatable vulnerabilities that reveal themselves as a sort of love triangle plays out between the three. On the eve of Jeannie and Norbert's wedding anniversary, he's prepared to give up any hope that his wife will ever step outside their home again. But her psychic shackles aren't so easily broken: She shuttered herself inside 20 years ago, after their baby son was kidnapped. So Norbert, confused and frustrated, finds comfort in the arms of Pippi.

"You can't hate a single person in the show, because they're all four-dimensional, and you leave loving them all," said Kristen Gehling, who plays fellow Armadillo Acres resident Lin.

Lin's kooky needling of other park-dwellers to keep their lights on 24/7 is another source of laughs on the surface, but below the nuisance is another touching glimpse of the human condition: She does this hoping that hogging the power will prevent the nearby prison from executing her husband.

Matching the varied mix of personalities at Armadillo Acres is the show's musical soundtrack, spanning ballads, rock, country and more in songs like "Owner of My Heart" and "Roadkill." On the Auburn Public Theater's stage the production will be minimal compared to the festival's Merry-Go-Round Playhouse shows, but the "Trailer Park Musical" cast makes the most out of small details, like cutoff jean shorts and "Frankie says relax" T-shirts.

"To people who never thought they'd see a musical, this opens your eyes to what theater is," Lindberg said. "We will convert you."

Wilson, who acted as Pippi in a Houston run of "Trailer Park Musical," said it'd be her choice if she could only perform in one show for the rest of her life. And she has a pink flamingo tattoo she shares with Nehls that suggests she isn't lying.

"It's absolutely universal," she said. "This is a story about seven real people."

WHEN: Opens at 7:30 tonight; show continues through July 14

NOTE: Show is recommended for mature audiences only

The Rolling Stones discuss if 2021 tour will be their last

Matthew McConaughey weighs in on his future in politics

Matthew McConaughey weighs in on his future in politics

Theater review: MGR's 'Singin' in the Rain' dry on charm, but soaked with talent

When it comes to the talents the Merry-Go-Round Playhouse seeks in its lead performers, fabulous voices and feet seem to be at the top of the list.