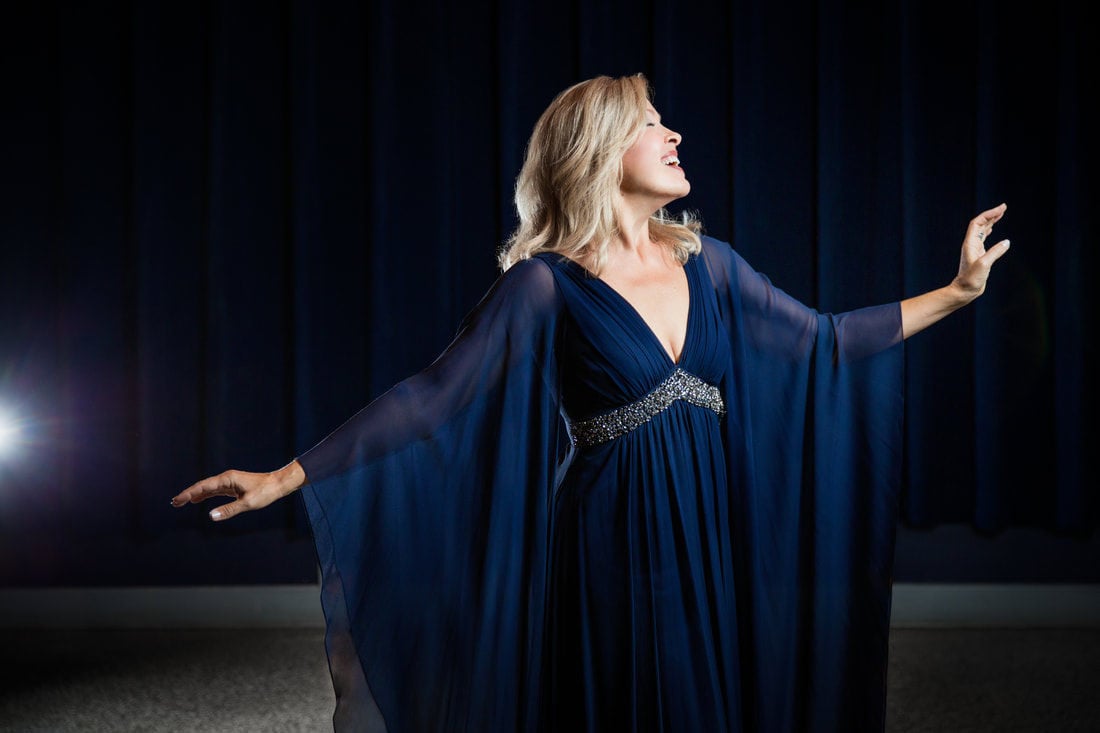 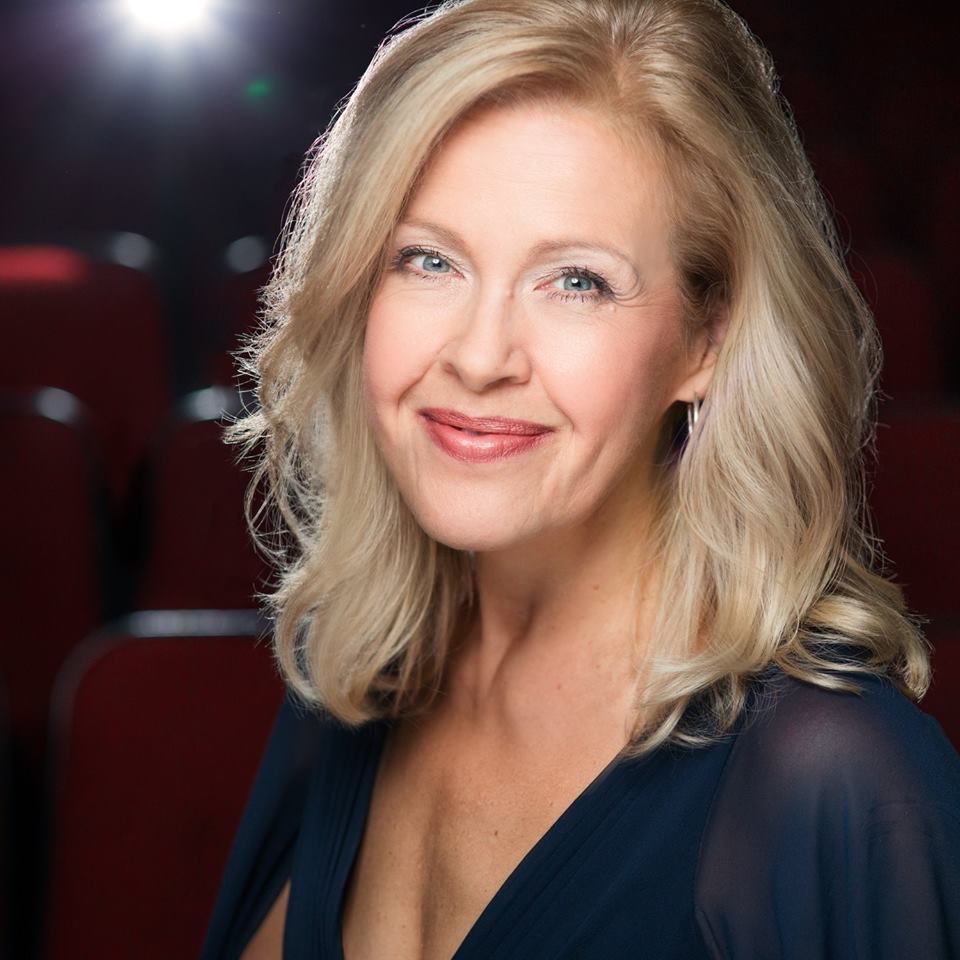 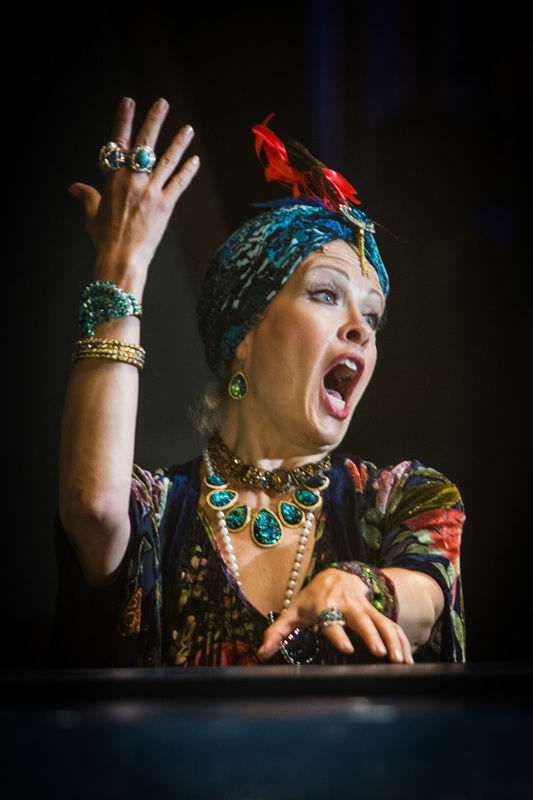 Rebecca Carr performs in "On the Town" at the Merry-Go-Round Playhouse in Owasco in 2014.

Friday and Saturday, Rebecca Carr will perform in "The Vagina Monologues" for the first time at Auburn Public Theater. And that's not even the only time she's taking a stage this weekend.

That's because Sunday, Carr will follow her theatrical performances with an operatic one when she sings in the Lakeside Performing Arts Series at St. James' Episcopal Church in Skaneateles.

In a phone interview Wednesday, Carr offered a simple explanation for scheduling such an artistically exhausting weekend for herself.

"Lately I've been saying 'yes' to the universe," she said. "I'm spreading my performing wings in the Finger Lakes by being on stage in whatever capacity that is."

Carr has been doing so since about 2014, when she moved from Philadelphia back into the East Lake Road home where she grew up the only child of Frederick and Elsie Carr. Her father designed the home, Rebecca said, and after her mother passed away, she inherited it. So after a few months of thought, and a bathroom renovation gone awry, Rebecca decided to return to the Auburn area.

"The Vagina Monologues" had a successful first run at Auburn Public Theater in March, and di…

She spends part of her time running a jewelry business, Belle Pietre, which means "beautiful stones" in Italian. Carr's pieces take their inspiration from operatic heroines, she said: A watery blue stone could represent Rusalka the water nymph from Dvořák's work of the same name, just as an exotic or Egyptian design could be meant to evoke Verdi's "Aida." Available at The Eureka Co. in Syracuse, a shop in Philadelphia and this weekend at Auburn Public Theater, the jewelry can start conversations and promote arts education, Carr said.

The choice of inspiration for Carr's jewelry came naturally. Trained at Ithaca College, the University of North Carolina at Greensboro and the Academy of Vocal Arts, Carr is a renowned operatic soprano. She debuted at Carnegie Hall as a soloist in Verdi's "Gloria" and has performed with Central City Opera, Opera Festival of New Jersey and more, and throughout France, Italy and Spain.

As she resettles in the Auburn area, Carr said, her artistic life has been coming full circle. She came back only knowing one Sunday school friend in the area. But she soon reconnected with Ed Sayles, producing director emeritus of the Merry-Go-Round Playhouse, where she got her start in the performing arts. That led to her return to the Owasco stage in 2014's "On the Town."

In a "cascade of one thing after another," Carr also began performing parlor music concerts at the Seward House Museum and joined the board of the Syracuse Opera. She filled in for one of her former teachers at Ithaca College during a sabbatical. And she joined the cast of "Skan-E-Antics," a variety show fundraiser for the Skaneateles Education Foundation that was revived this year.

"When on earth in an opera career would I be able to sing 'Cellblock Tango' (from 'Chicago')?" Carr said.

It was also back in Auburn that Carr befriended Angela Daddabbo and Carey Eidel of Auburn Public Theater. During a writing group with Daddabbo, Carr was asked what career she would choose out of any in the world. One thought was theater. And that thought readied her for a more direct question from Daddabbo: If she would join the cast of "The Vagina Monologues."

A rare performance by a former opera star will mark the start of a new music series in Skaneateles.

Despite her inexperience with both Eve Ensler's show and live theater, Carr said "yes." She had also given up swearing after her mother died — "she was always a lady in public," Carr said — so only one of Ensler's monologues felt appropriate for her to perform. But Daddabbo suggested one of the angrier pieces, Carr said, and she connected with its grit and humor. Because the women in the play are discouraged from rehearsing too much, she's also savoring the opportunity to be "present and in the moment" for once on stage.

On the other hand, Carr has prepared extensively for Sunday's performance in Skaneateles. Though the medium is more familiar to her, not all of the material is.

Carr will be accompanied Sunday by Philip Fillion, music director at St. Mary's Church and nephew of Todd Thomas, a fellow opera star who "besides my parents is the person I've known the longest in this world," Carr said. Because St. James' Episcopal has a keyboard instead of a piano, Carr said, she and Fillion decided to use its organ to accompany her instead. And because the organ can convey orchestral effects that a piano can't, they selected a vocal repertoire for the concert that includes both operatic works and sacred works by opera composers.

The soprano doesn't know where her career will take her next. But if it involves introducing more people to opera, or any other form of arts education, the answer is already "yes."

"There's this stigma around opera that you have to know a lot about it. It's simply not the fact. I promise people there's an element of it they'll know something about," she said. "In this world, where so much is up in the air, to surround ourselves with beauty and art and expression is the most vital thing we can do."

WHAT: "The Vagina Monologues"

Rebecca Carr performs in "On the Town" at the Merry-Go-Round Playhouse in Owasco in 2014.