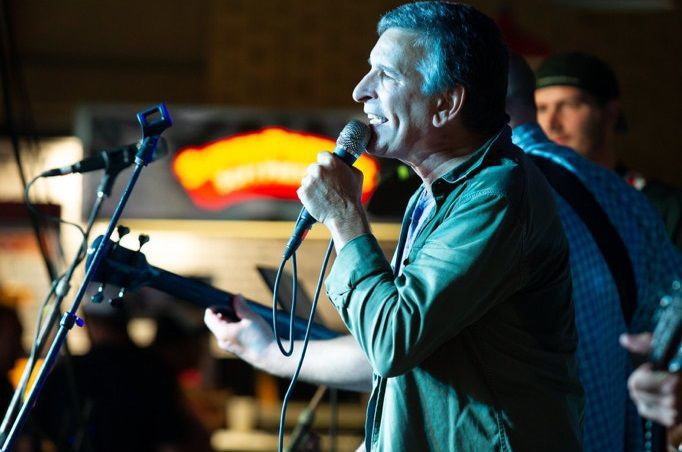 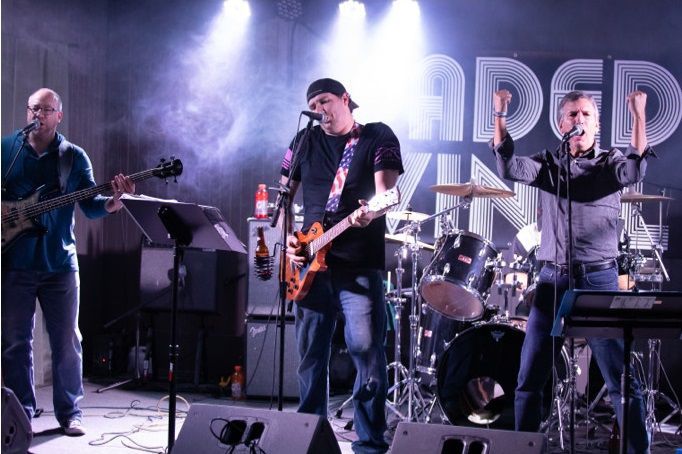 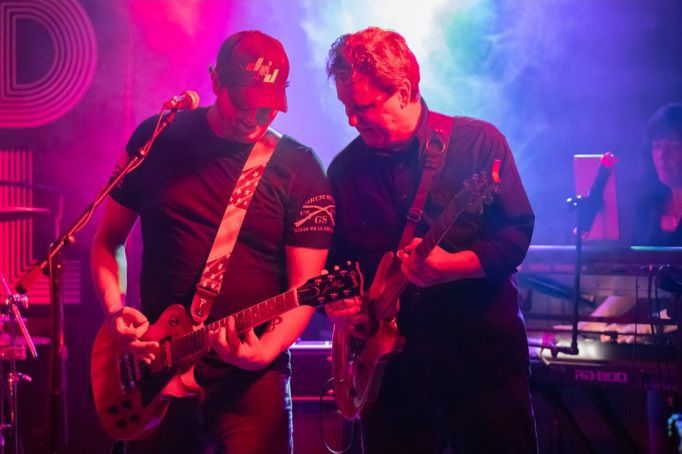 The six-piece band, which got together four years ago, prides itself on its song selection. It covers rock, country and more stretching back to the '70s, drummer Jeff Richards said, but more of the medium hits than the big ones. Some Faded Vinyl set lists have included deep cuts like "Call it Love" by Poco, "Shape I'm In" by Arc Angels and "I'll Drink to You" by Rochester's Duke Jupiter.

"Our slogan is, 'Oh yeah, I remember that song,'" Richards said. "A lot of times on break between sets, people come up and say, 'Wow, no one plays that,' or, 'I haven't heard that in forever.'"

Faded Vinyl realizes those songs with a robust lineup that also includes Bob Nodzo, of Auburn, on vocals, Dakota Erhardt on guitar, Bryin Herzig on bass, Jim Lorber on guitar and Kerry Richards on keyboards. With the exception of Kerry, who is Jeff's wife and lives with him in Ira, all the instrumentalists also sing. That allows the band to cover the wide range of music it does, Jeff said.

The 2019 Syracuse Area Music Awards People's Choice Awards are in their fifth round of online voting. Along with Faded Vinyl, several nominees have connections to the Cayuga County area:

People can vote once per day at syracuseareamusic.com/peopleschoice. The fifth round of voting ends Feb. 17, at which point the top four in each category will move on to the next round.

The band is doing something right: Faded Vinyl is one of eight finalists in the fifth round of voting for the 2019 Syracuse Area Music Awards People's Choice Award for Local Artist or Band.

"I don't even know how we got nominated, so I'm thrilled we made it this far," Jeff said. "I'm already getting calls from places I've been trying to get our band into for awhile."

Faded Vinyl began when Jeff and Kerry got some acquaintances from the local music scene together to play a graduation party for their oldest daughter. That led to a 50th birthday party for one of their relatives, which led to the party venue asking the band back. Four years later, Faded Vinyl plays the central New York area a few times a month during the winter and about weekly during the summer. It's nothing new to many of the band's members: Jeff previously played with Custom Taylor Band, Hot Pursuit and more, and his bandmates have similarly long resumes, he said.

That means the members of Faded Vinyl also aren't strangers to Auburn's music scene, which Jeff called "a rich area for bands." He recalled a fall gig at A.T. Walley & Co., where the band will return Feb. 23. Because the gig was at 3 in the afternoon, he said, the band didn't expect much of a crowd. To their surprise, though, the downtown venue was packed.

"It doesn't matter where we play (in Auburn), it just seems like the people there really get into their live music," he said. "They love their music there."

A. Huey Lewis in Weedsport.

A. That's a tough one, there's so many. Right now, I would probably say one of the newer ones we do: "She's So Mean" by Matchbox 20.

A. Harborfest in Oswego. I grew up in Hannibal and I've been out to Harborfest since day one. We came close: We played at the Veterans' Stage out on the river a couple summers ago.

Q. Who are your biggest musical influences?

A. Don Henley, because I'm a drummer and I sing lead vocals as well.

Q. Do you have a desert island album?

A. The first one that pops into my head is Def Leppard, "Pyromania."

The 2019 Syracuse Area Music Awards nominees were announced Tuesday, and several performers with Cayuga County ties were among them.