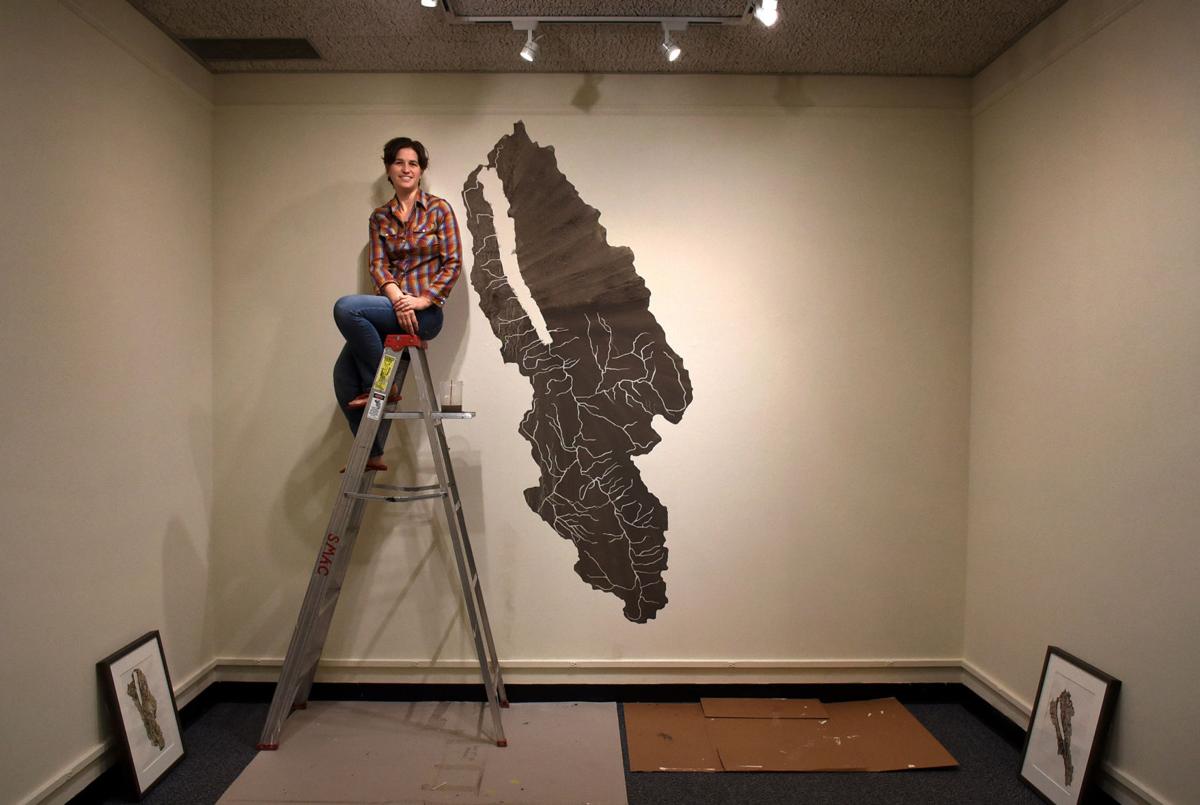 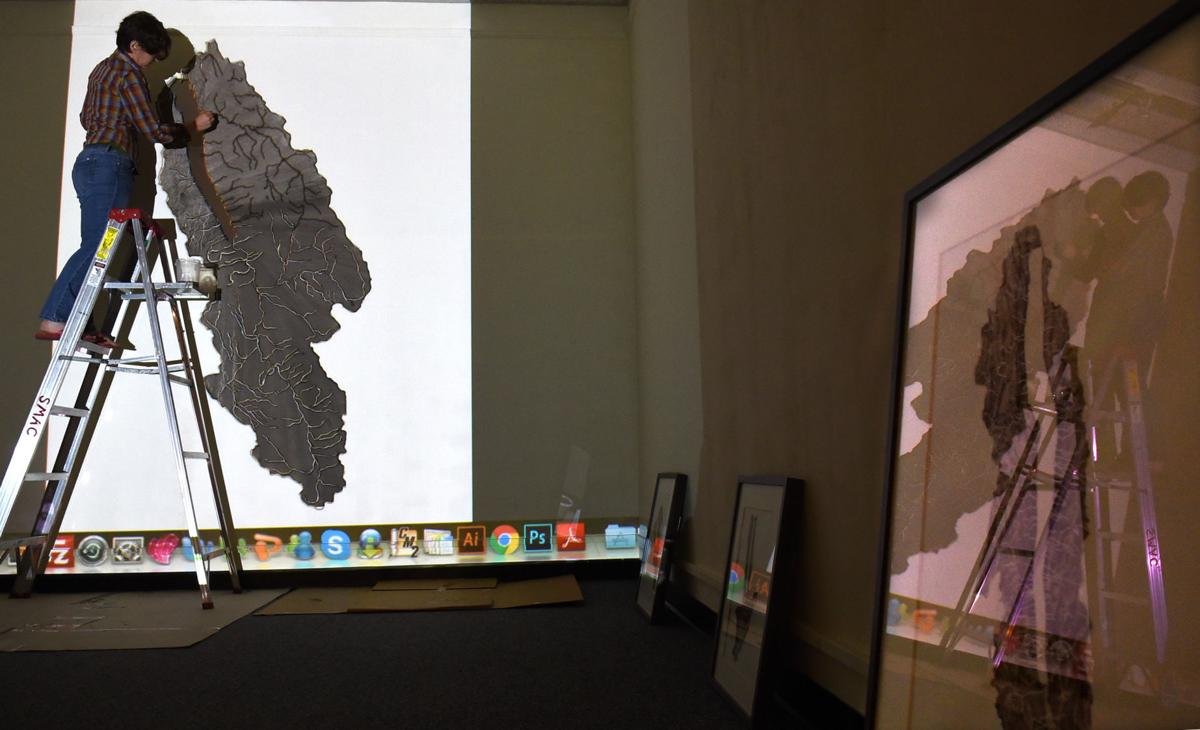 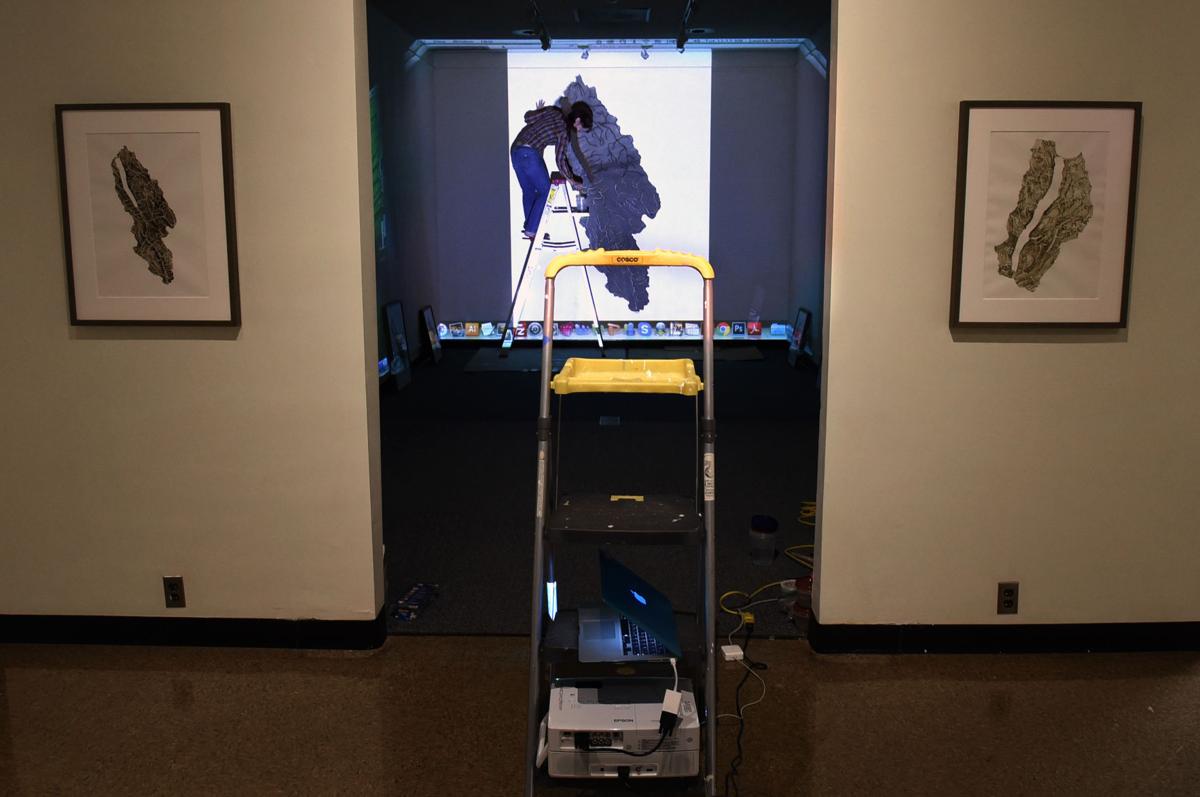 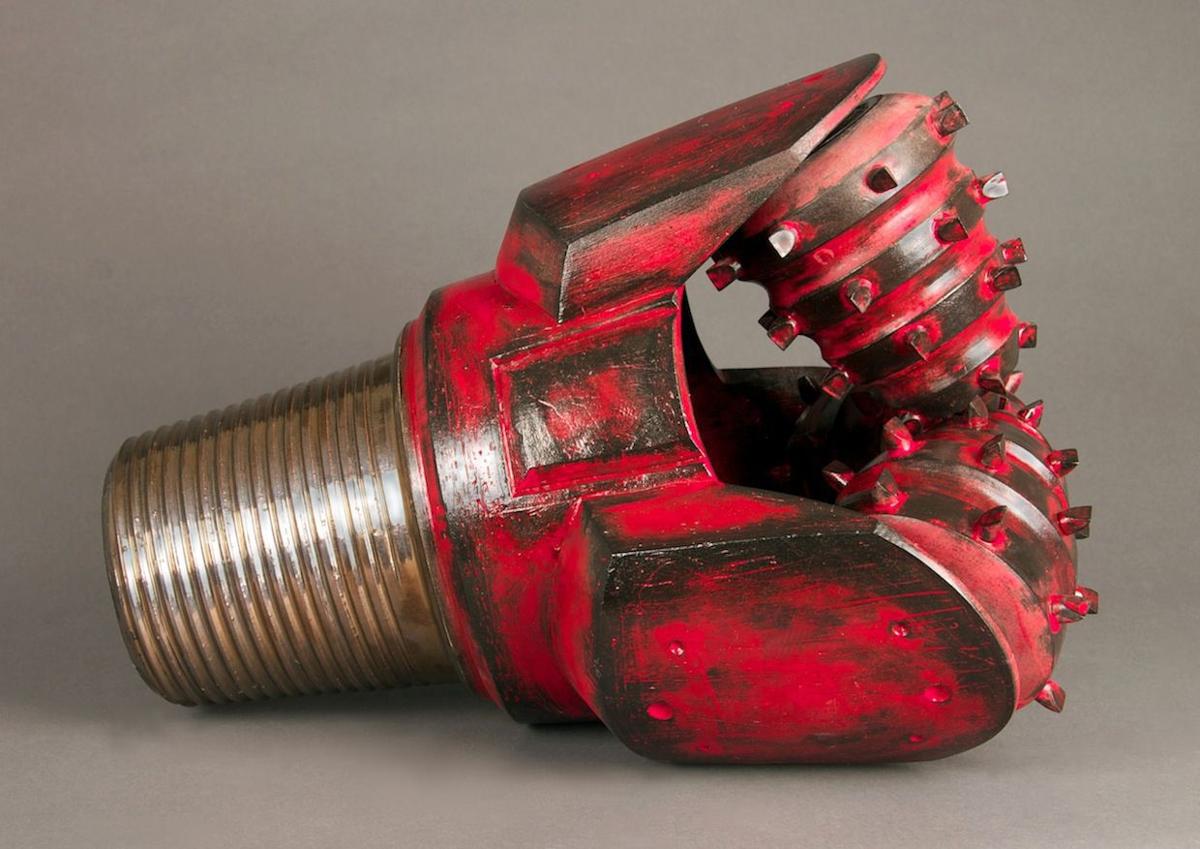 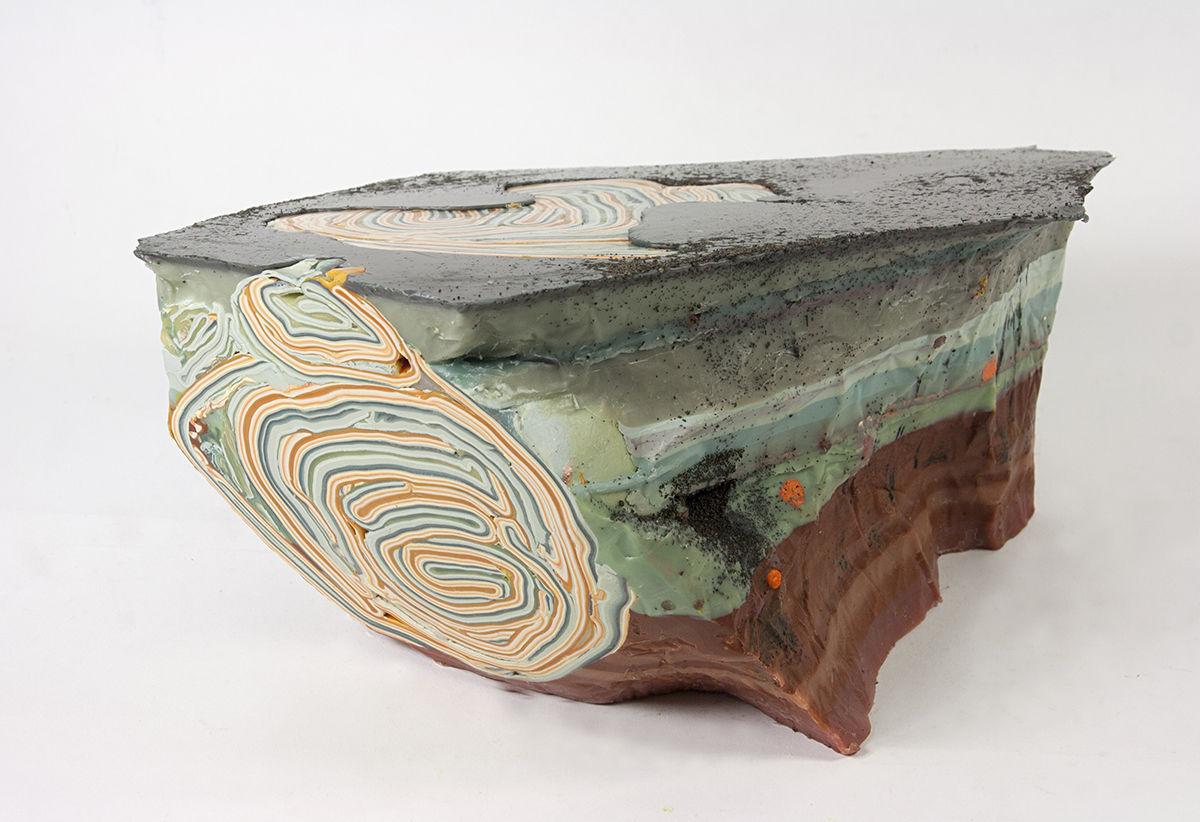 As floods ravage Houston and the quality of Owasco Lake remains monitored, an upcoming exhibit at the Schweinfurth Art Center will examine the relationship between water, the land and us.

"Underlying Factors: Artists Inspired by Geology" will open at the Auburn gallery Friday alongside "Bedrock Revealed: Geologic Landscapes" and "The Disappearing Tiny Beasts of My Imaginings." While all three exhibits feature work rooted in the earth, "Underlying Factors" finds one artist, Lauren Rosenthal, looking to the Finger Lakes themselves to follow her own geological themes.

A resident of Lambertville, New Jersey, Rosenthal was at the Schweinfurth Tuesday to install the centerpiece of her part of "Underlying Factors": An 8-foot wall painting of Owasco Lake and its tributaries. But there's more to the monochromatic image than the long waterbody and all the venous lines branching from it — Rosenthal painted it with the very rock that water reaches.

Specifically, Rosenthal made the paint she used in the image from rocks she gathered at Fillmore Glen State Park in May. In the area to study the Owasco Lake watershed, she lugged away from the park more than 5 pounds of gray-brown shale that she later ground into fine powder using a 5-pound sledgehammer, mortar and pestle. To make the paint, she simply added water.

Before coming back to Cayuga County to install the wall painting, though, Rosenthal completed 11 paper drawings — one of each Finger Lake — using the rock paint and some gum arabic so it would stick to the paper. With data from geographic information system software, she mapped the hydrology and topography of each lake's watershed without any cities, roads or other landmarks.

Rosenthal said both the resulting paper drawings and the Owasco Lake wall painting resemble several other natural patterns, such as leaves, wood grain and weathered bone.

"It's very abstract. The purpose of that is to help us look at the marks that water makes on the land," she said, noting that she used water to trace the tributaries, effectively eroding the paint.

Although Rosenthal became familiar with Owasco Lake's recent harmful algal bloom outbreaks during her research, she said it didn't pointedly influence her work. However, she continued, she hopes that work inspires Schweinfurth patrons to "think about how the way it looks is connected to other kinds of systems. ... The work is really about how we're all connected to each other."

Rosenthal also hopes her "Underlying Factors" work will find a permanent home at another local institution after its time at the Schweinfurth, keeping it in the Finger Lakes region that inspired it.

Joining Rosenthal in "Underlying Factors" is Geoffrey Booras, who sculpts drill bits and uses Marcellus shale to explore fossil fuel overuse and other themes at the nexus of science, technology and nature. The exhibit's third artist, Laura Moriarty, paints and sculpts with a wax medium through the same processes that shape the earth: heating and cooling, friction, weathering and more. And in Gallery Julius, Ellen Haffer celebrates the bees, butterflies, fireflies and other tiny creatures in danger due to environmental threats in "Disappearing Tiny Beasts."

Rosenthal's journey to the Schweinfurth extends from the lead exhibit opening Friday, "Bedrock Revealed." She's a friend of its featured artist, Jonathan Wells, whose images of the earth's bedrock also source GIS data, as well as photography. It can take years to compose that research into a single image, Rosenthal said — "a picture of what it'd look like if you took a slice out of the earth."

WHAT: "Bedrock Revealed: Geologic Landscapes," "Underlying Factors: Artists Inspired by Geology" and "The Disappearing Tiny Beasts of My Wild Imagining"

COST: Reception admission free and open to the public; exhibit admission $7 adults and free to center members and children younger than 12

Musicians from Auburn and beyond are mourning one of their own after Leonard "Leon" Miller passed away Oct. 4 at the age of 45.

A documentary that was partially filmed in Auburn last Election Day will premiere next week.

Just in time for Halloween, a new film inspired by the "Friday the 13th" series will make its New York state premiere in the Auburn area.

The city of Auburn's Parks and Recreation Department and the Auburn Doubledays will team up to host a new family event, Home Run Halloween, fr…

Harlequin Productions, the student theater troupe at Cayuga Community College, will return to the stage there for the first time since spring …

An 11th-hour deal was reached, averting a strike of film and television crews that would have seen some 60,000 behind-the-scenes workers walk off their jobs.

On Wednesday, Oct. 13, the Cayuga Museum of History & Art officially marked its 85th anniversary — the longest operating museum in Auburn.…

Idris Elba feared he was dying during Covid-19 battle

Creators of HBO's 'Curb' say COVID was no joke during production

Creators of HBO's 'Curb' say COVID was no joke during production 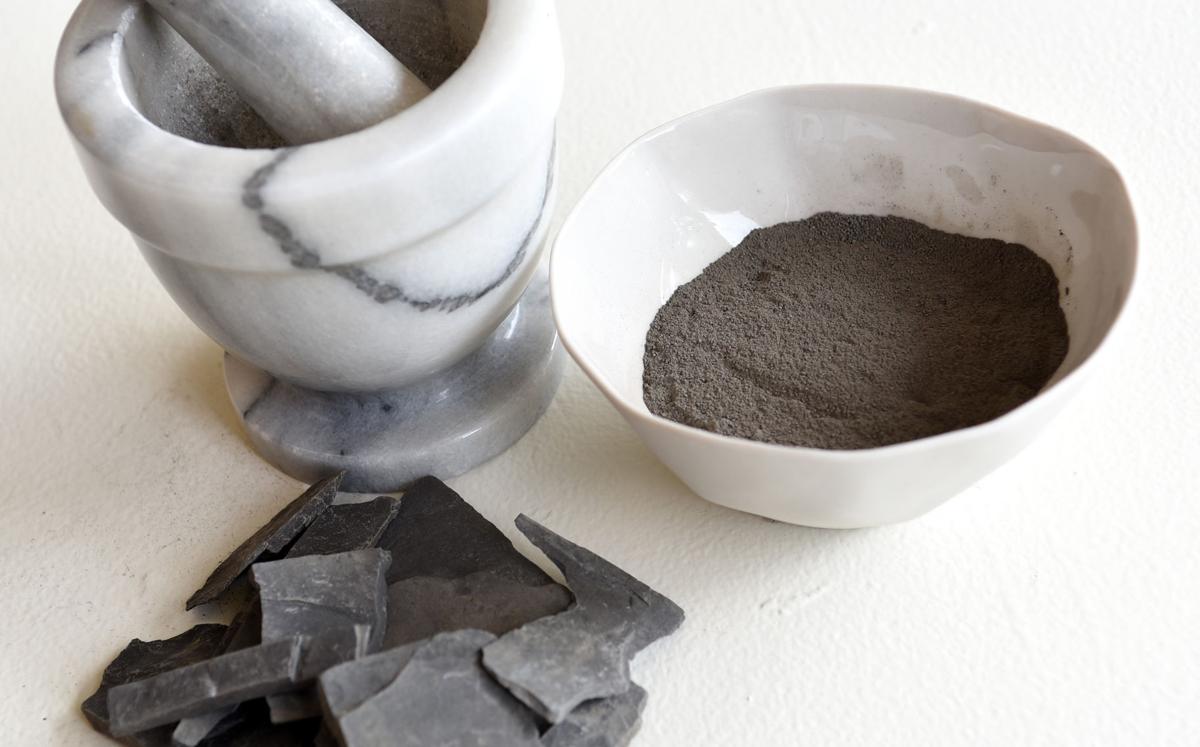 Lauren Rosenthal creates paint from rocks she collected as she installs one of her works in the exhibit "Underlying Factors: Artists Inspired by Geology," opening Friday, Sept. 1, at the Schweinfurth Art Center in Auburn. 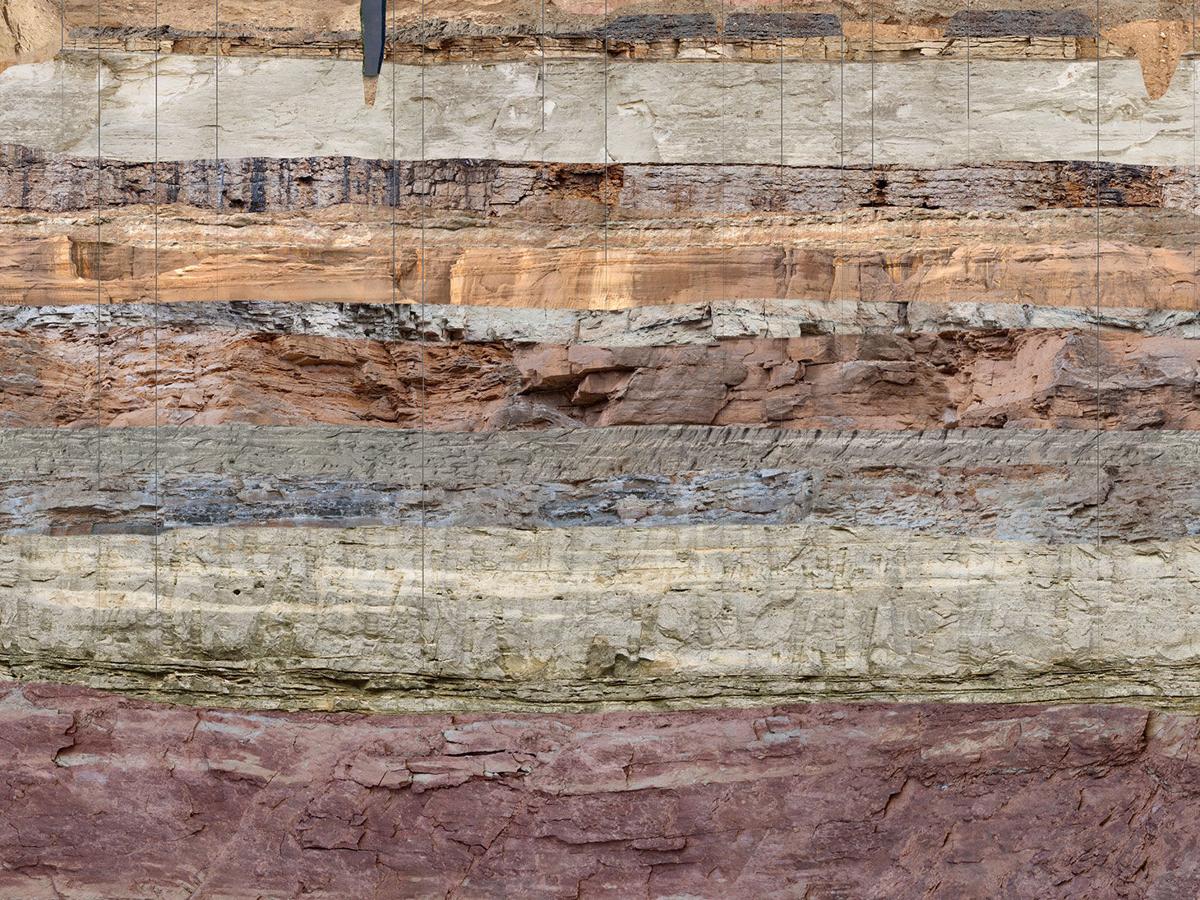