Coughlin in this new video for the song "Keep Dancin'." 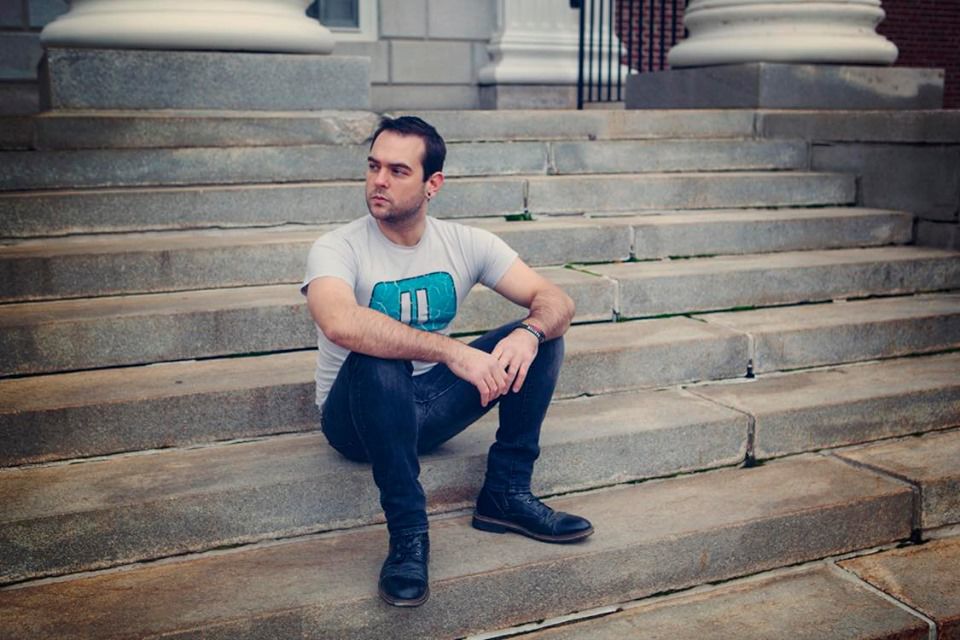 That's when Auburn musician Ryan Coughlin, who performs under his last name, was planning on releasing the rap-heavy acoustic pop song as the final single off his next album, "Unlatch Diary."

The first single was supposed to be "Ready to Fall," Coughlin told The Citizen Tuesday. A video shoot with 50 to 60 people was planned. But it was planned for Monday, March 30 — and so the video was postponed due to the coronavirus pandemic and the state's efforts to enforce social distancing.

While quarantined, Coughlin started thinking about the virus. Its worldwide damage, he said, proves that "we're all connected, and no one cares about your wealth, status, celebrity or ethnicity."

"We all just wanna stay safe and be with our families," he said.

That thought inspired an idea for a music video — one that Coughlin could not only make during quarantine, but one that also spoke to life under it. He went through his phone, contacting family and friends, then posted on his social media accounts to reach fans. He wanted footage of all of them.

But footage of what? That depended on the song Coughlin chose for the video. And the one from his next album that fit the quarantine theme the most, he said, was "Keep Dancin'."

"No matter what happens, we gotta keep dancing," he said.

Coughlin collected at least a couple hundred clips for the video, he said. It includes several familiar local faces, including his 91-year-old grandfather, retired firefighter Frank Fiore, who helped Coughlin write the song's trumpet solo. But the video also includes some professional musician friends he reached out to, including Scott Schoenbeck of Dashboard Confessional and guitar virtuoso Yvette Young of Covet. Coughlin's parts of the video, some set on the Owasco Lake pier, were filmed by Jesse Conti of Chariot Media Productions, based in Auburn.

The video has been a smash it, Coughlin said, taking off faster than anything he's ever released. As of Wednesday morning, it had more than 4,800 views on YouTube.

"I'm not glad what people are going through, or that it happened the way it did," he said. "But it's spreading positivity, and turned out to be what was needed."

Coughlin will release "Unlatch Diary" June 2, he said, and will formally announce the album's preorder sale Friday on his social media accounts. Mixed and mastered by Auburn's Ben Scala, it features several songs that have been in the works for years, alongside some new ones, with a raw, back-to-basics style of production.

The album also sees Coughlin's sound come together more cohesively than his previous albums, like "Make it Count" in 2009 and "Drinking for Dreams" in 2015. Over his music career, which has included touring with Ryan Cabrera, working with Sum 41's Deryck Whibley and recording in Los Angeles, Coughlin has tended to force his songs to fit certain labels, he said. But on "Unlatch Diary," he lets his pop, hip-hop and other influences blend together into something more organic and expressive. Because living under quarantine, if nothing else, is a time for being true to oneself.

"It's kind of like everything I've ever done separately, all in one sound," he said. "It's about, 'What do I feel like doing?"

Most summer events in Cayuga County have been canceled due to the COVID-19 pandemic, but the Sterling Renaissance Festival may not be one of them.

Auburn Public Theater and the Finger Lakes Drive-In will partner to present a series of socially distanced music-and-movie nights Wednesdays in June.

Producing during a pandemic: Inside The Rev's 2020 plans at Merry-Go-Round

The show will go on, somewhat, at the Merry-Go-Round Playhouse this summer.

J.K. Rowling reveals the truth around the origins of 'Harry Potter,' stupefying fans

A fan asked Rowling to explain "the truth about this 'birthplace' of Harry Potter."

Coughlin in this new video for the song "Keep Dancin'."