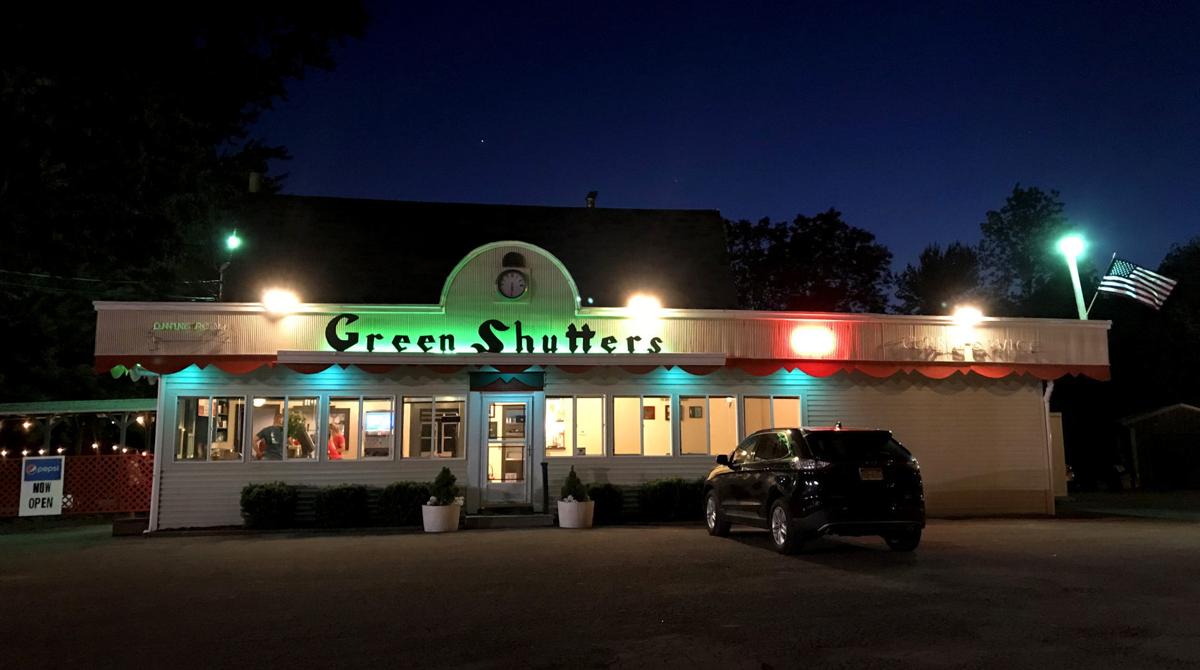 The Green Shutters restaurant in Owasco in 2018. 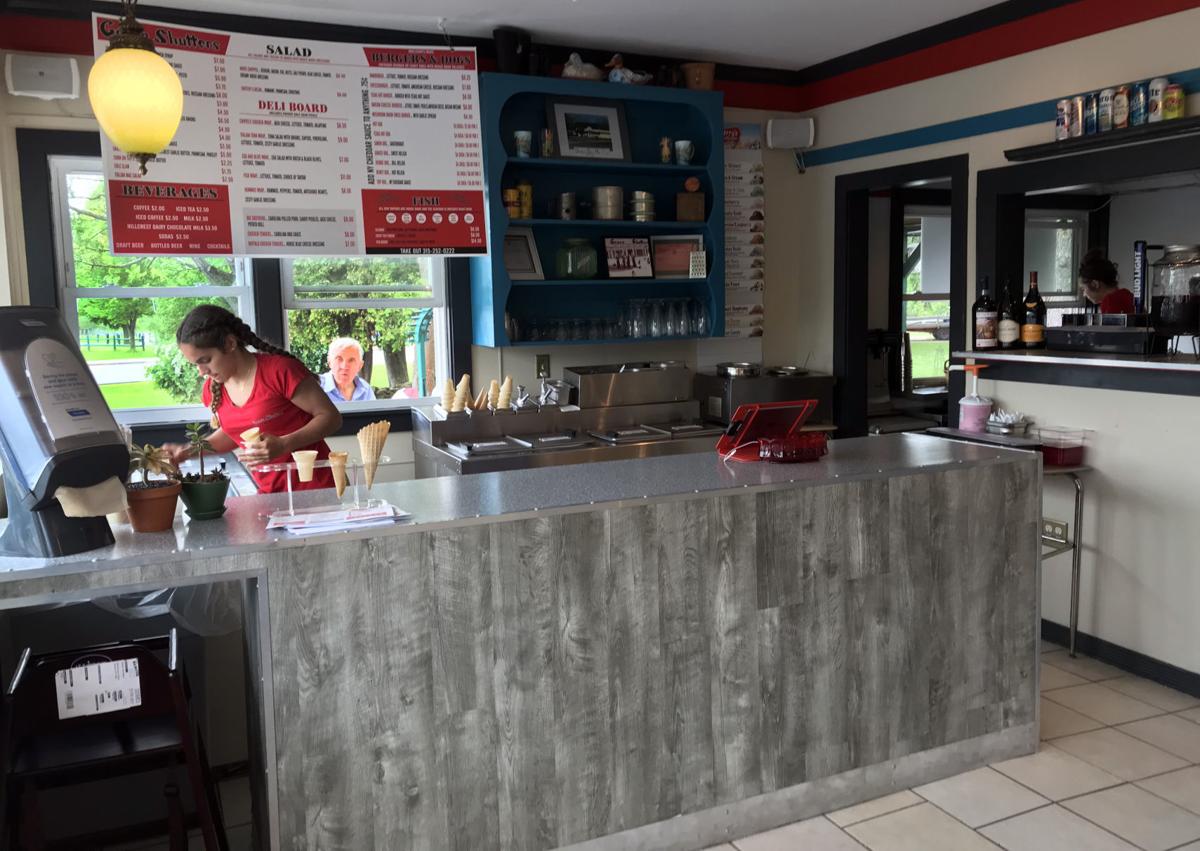 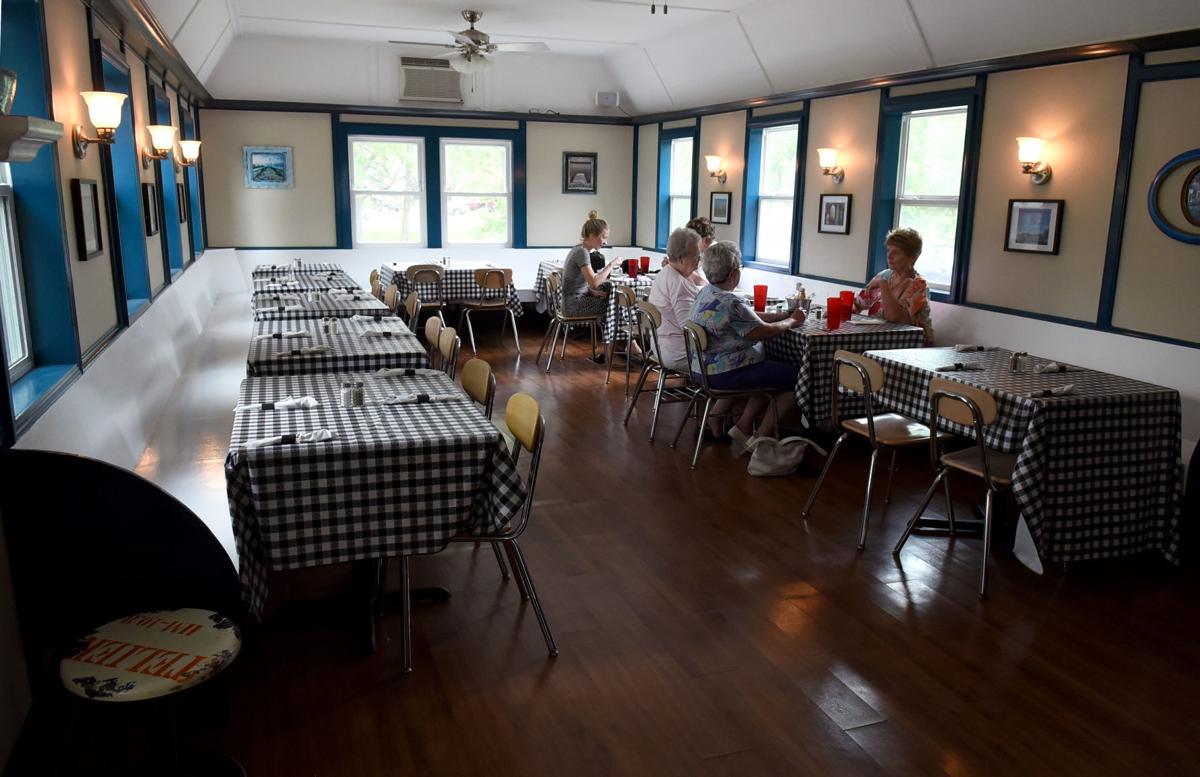 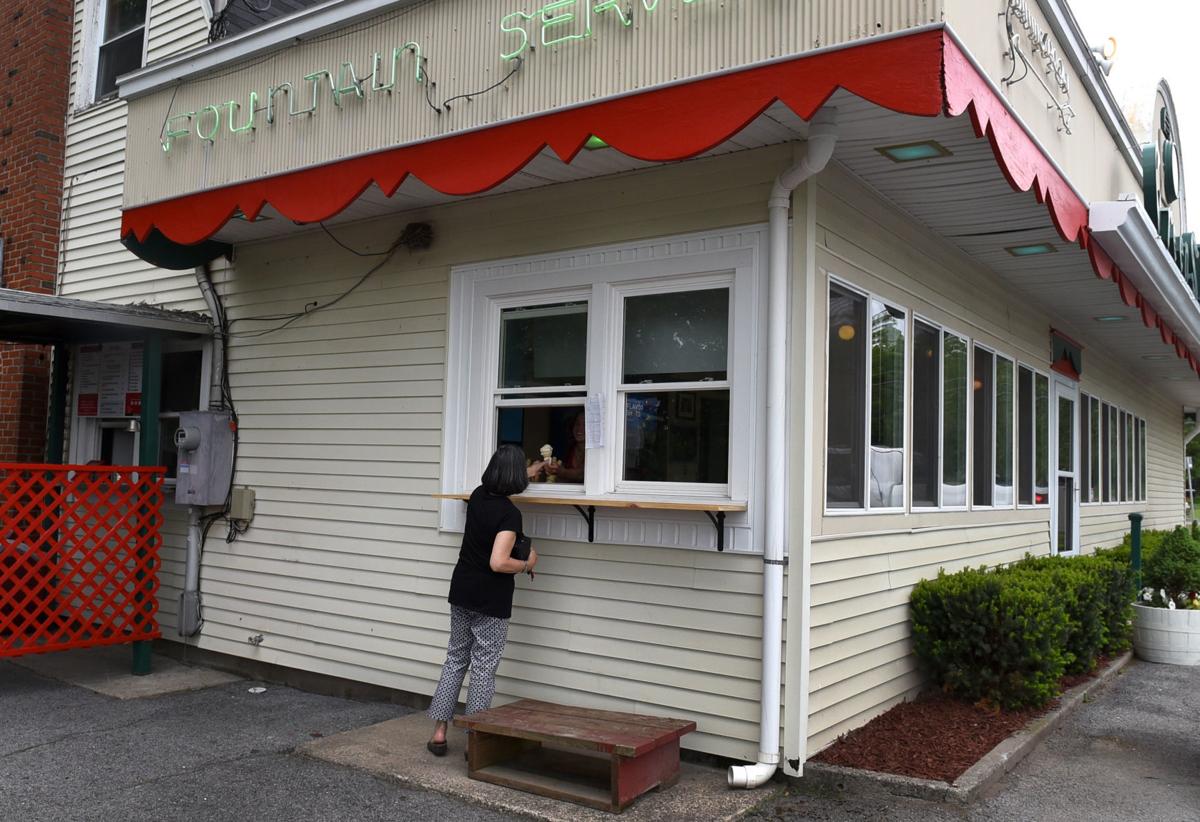 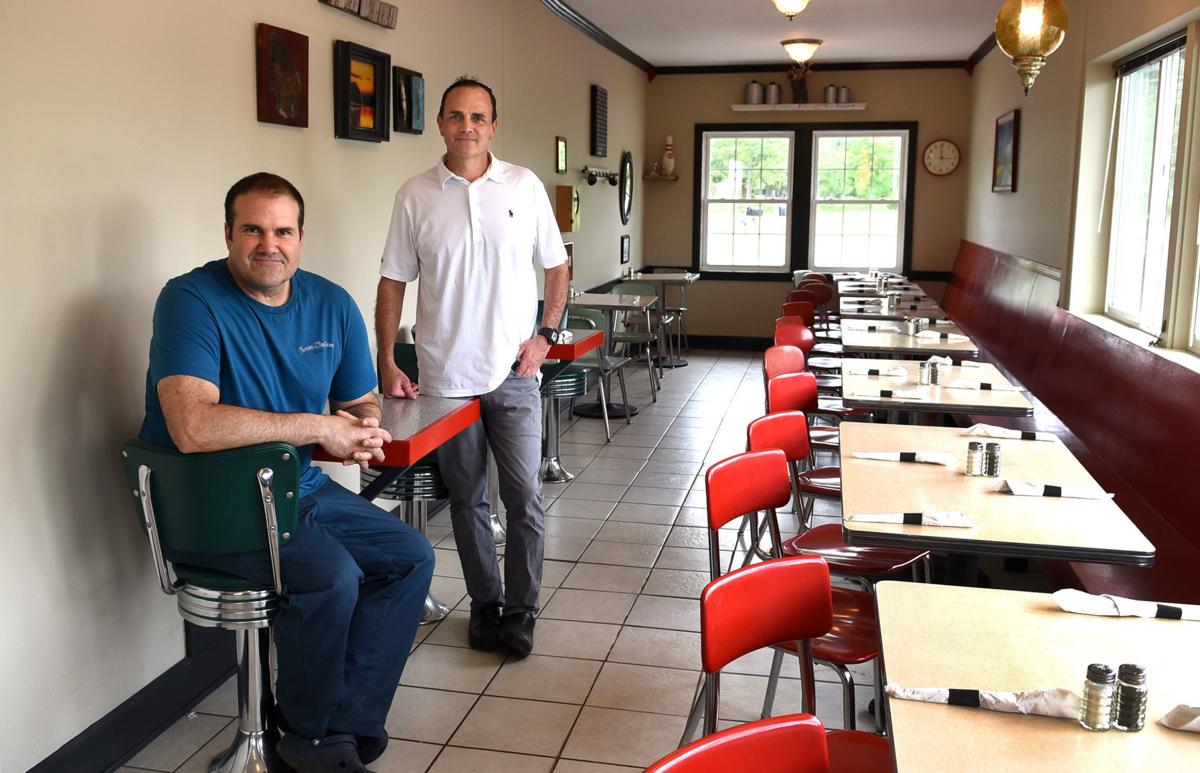 Green Shutters in Owasco reopened under the management of cousins James White, left, and Michael Schmidt in 2018.

OWASCO — Mike Schmidt and James White were still new to the Finger Lakes when they first stepped into Green Shutters last summer. But they could feel the history of the century-old restaurant.

That's why Schmidt and White, cousins who are both chefs, decided to buy the business when it went on the market. Green Shutters officially reopened under their ownership Friday, May 25.

"We've had hundreds of people come in over our last week and say, 'Thank you, I'm so happy you guys opened,'" Schmidt said at the restaurant Thursday. "What restaurant do you open where they're thanking you? You're usually thanking them. ... We've never had so many people rooting for a restaurant in our lives."

Under their ownership, Schmidt and White expect Green Shutters customers to notice a difference. White redesigned it, removing the lunch counter and repurposing segments of it into new tables, a platform for the soda machine and a smaller countertop for the register. He also lined the sterile white interior with bold reds and blues, evoking the look of the boats on nearby Owasco Lake.

The removal of the lunch counter allows customers to reach the rear dining room of Green Shutters without having to walk around the building to its own entrance. The dining room continues the nautical theme with pictures of Finger Lakes piers, and a new wraparound bench allows the room to seat bigger parties together. The former service station there is now a semi-private booth, as well.

The food builds on Green Shutters staples — hamburgers, hot dogs and ice cream — with items White has found to be popular at his previous restaurants. The new menu is prepared almost entirely from scratch, Schmidt said, and features Indelicato's meat and fresh haddock. Early favorites include pulled pork spring rolls and mozzarella balls made with homemade breading and a candied pepper glaze. Five relishes and five tartar sauces are available as condiments, as well as a New York cheddar sauce. And a deli board and several salads are there for healthier options, Schmidt said.

As they solidify their kitchen, Schmidt and White also plan on expanding the food service at Green Shutters. They recently purchased a new grill and a new smoker for the picnic area, where they plan on serving barbecue fare this summer. The area boasts new seats and lights around its signature waterfall feature, and a garden has been raised where the stage was located. Now located near the bar, the stage will host musical acts Thursdays through Sundays, Schmidt said. The Bob Piorun Trio will play there from 1 to 3 p.m. today.

The ice cream menu, meanwhile, will expand with sugar or waffle cones filled with brownie chunks, crushed s'mores or other sweets, sprinkled with toppings like nuts and dipped in sauces that range from chocolate and caramel to house concoctions like blueberry, raspberry and pineapple. The cones can then be deep-freezed and sold to go, White said.

Toward fall, Schmidt said, he and White plan to add a pastry shop for breakfast service. Green Shutters will stay open during the colder months, he continued, but its hours will depend on business.

For both cousins, the Owasco restaurant is the latest addition to a long resume in food service.

Both got their start in the San Francisco Bay area. Schmidt was executive chef at Palo Alto Hills Golf & Country Club before moving to Las Vegas, where he worked at Asian, French and other restaurants under China Grill Management at Mandalay Bay. He moved to the Auburn area about a decade ago to be closer to his wife's family, he said. He's since cooked at Hollywood Restaurant and Pavlos' while overseeing two locations of Stacks Breakfast in California. His sister bought out his stake in them last week so he could focus on Green Shutters, Schmidt said.

White came to the East Coast a few years ago to work at the Jersey Shore restaurants The Old Causeway Steak & Oyster House and The Black Whale Bar & Fish House. It was when he and Schmidt were driving back from the coast that White decided to also move to the Finger Lakes. And they don't plan on leaving: They've signed two 10-year leases to Green Shutters, Schmidt said.

The two bought the business from Bob Leonardi. Leonardi, who himself bought Green Shutters about 20 years ago and continues to own the Owasco Road property, reassumed ownership of the restaurant from its previous owner earlier this year following a mortgage dispute. He said he has "full confidence" in Schmidt and White, and praised the look and food of the new Green Shutters.

"I've never met two more dedicated, hardworking or qualified people than Jim and Mike," Leonardi said. "There's no question in my mind the quality of what their plan is."

The Citizen's 10 most-read features of 2018: Drifters on Owasco, The HideOut and more

The Citizen's most-read feature stories of 2018 included new businesses, efforts to rehabilitate historic buildings and a deeper look at a loc…

A summer tradition in the Auburn area has come to an early close, as Green Shutters once again finds itself without an operator.

The Green Shutters restaurant in Owasco in 2018.

Green Shutters in Owasco reopened under the management of cousins James White, left, and Michael Schmidt in 2018.