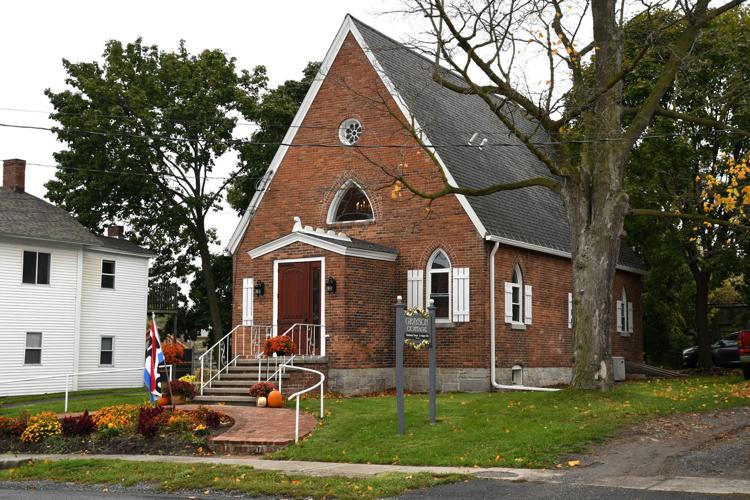 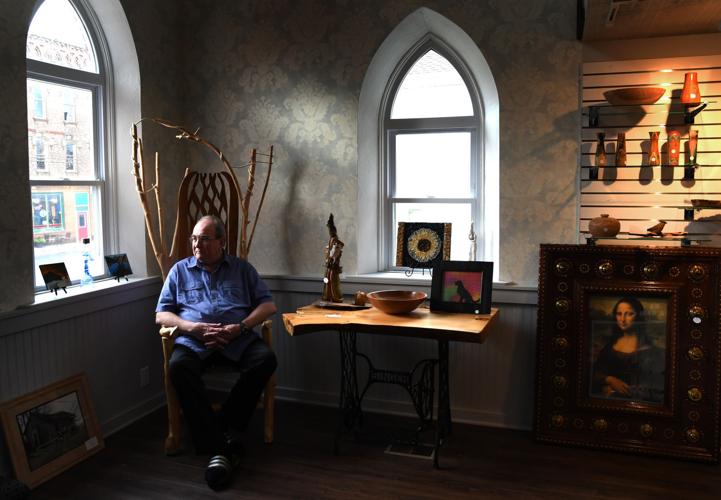 James G. Parker sits in a handcrafted chair among other unique and antique gift items in his store, Grayson's Cottage, in Weedsport. 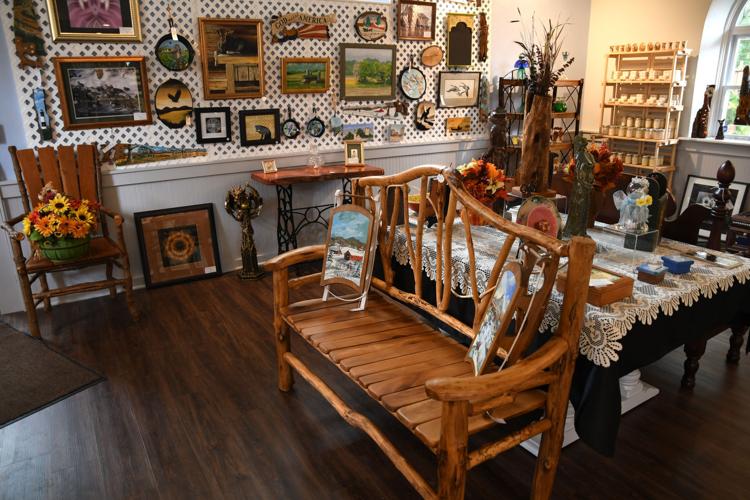 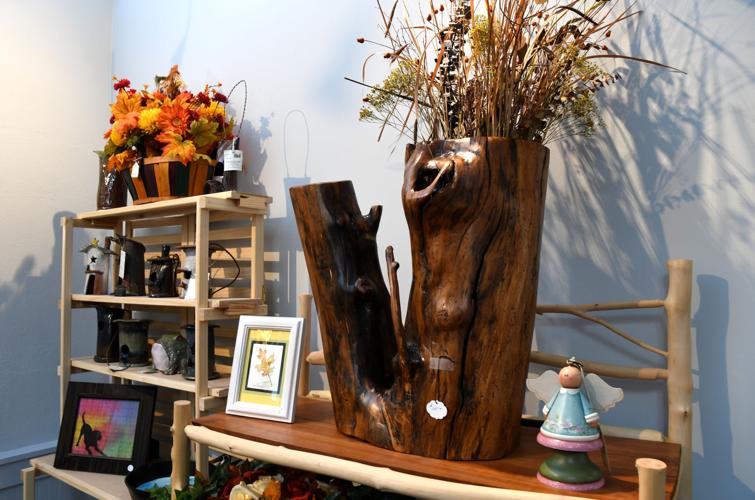 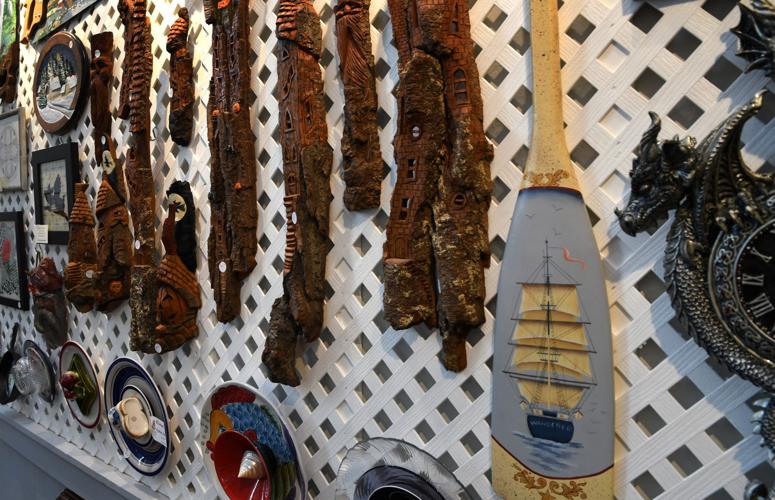 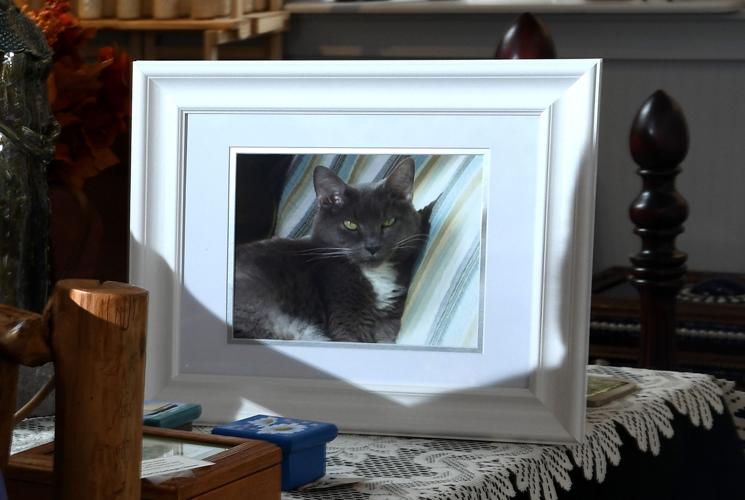 WEEDSPORT — After nearly 40 years as a veterinary assistant and receptionist at Weedsport Animal Hospital, James Parker was finally ready for a change.

But, he said, it wasn't without a little persuasion.

At 68 years old, Parker had spent most of his life helping his partner, Dr. Arthur Schnabel, run the animal hospital in the village, and when he "semi-retired" — still stopping by the office once a week to do the bookkeeping — he was left feeling kind of empty.

"It was one of those things where I would go to the post office and back home, I'd go grocery shopping and back home," Parker said. "So when the opportunity came along, my friend and partner encouraged me to buy the place."

That place was 2701 E. Brutus St., an old brick building that began as the village's First Episcopal Church in 1884 and later became the local library, a residence and an insurance office before going back on the market last year.

It was then, after some poking and prodding from friends, that Parker decided to take a look.

"I always enjoyed going into gift shops ... and just always kind of said I'd like to have something like this, never really expecting to ever do it," Parker said. "It took a little bit of convincing, but finally they wore me down and I said, 'OK, I'll give it a try.'"

Parker purchased the building and spent the next year remodeling it from a residence into a retail space. And in September, Parker's gift shop, Grayson's Cottage, was born.

Named after his late cat Grayson — who passed away last year — Parker decided to go one step further with his gift shop, using the historic building to sell handmade items from local artisans.

"I basically started going around to the arts and crafts fairs and festivals nearby ... looking for totally handmade and unique items," he said. "And I think I found some very unique work by people who really enjoy what they're doing."

So far, around 20 different artists from across central New York have joined Parker's shop, selling intricate wood carvings, furniture, ceramics, paintings and more. According to Parker, who makes his own jewelry, there's a little something for everyone.

"Most people seem to think that there's stuff here that they can find for all kinds of occasions," he said, noting that he also displays seasonal items at his shop. "Most people are very impressed with the variety and there's also a nice price range."

Currently, items range from $10 to $1,000. Each artist has the ability to set their own prices, with Parker taking 20 percent commission.

Although Parker never held a grand opening for the store — he simply started with a sign on the lawn around two months ago — he said business is booming by word of mouth.

"People have been watching for the past year, seeing changes and wondering what's going on ... especially local people who have known the building for all of these years and used to come here when it was a library," Parker said. "Now that the sign is out, I've got a lot of people coming in to see what it looks like and come Christmas time, I think I'm going to be very busy."

And that's something Parker said he is looking forward to.

"This has been really good for me because it's gotten me out of the house and back into the world," he said. "This is a whole new world for me. ... And it's given me a purpose."

WHEN: Open 8 a.m. to 5 p.m. Wednesdays through Saturdays

Weekly top reads: The Citizen's top-10 most read stories of the week. This week's slideshow includes articles on an Auburn house fire, a robbe…

How to respond when your child is lying

Two ways to stop condensation from forming on your windows

Two ways to stop condensation from forming on your windows

James G. Parker sits in a handcrafted chair among other unique and antique gift items in his store, Grayson's Cottage, in Weedsport.