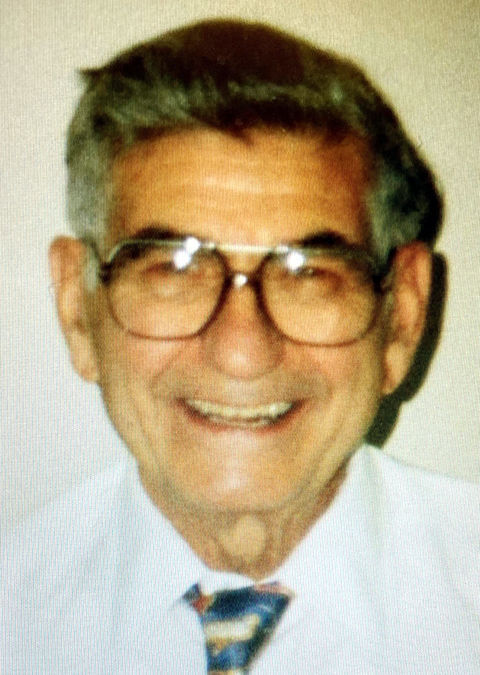 AUBURN - Frank A. DeRosa, born February 9, 1921, the son of the late Lucas DeRosa and Anna (Martellaro) DeRosa, peacefully passed on Saturday, October 9, 2021, with his loving family by his side, at the age of 100.

His parents immigrated from Italy and settled in Auburn, NY with hopes of achieving the American Dream, and during The Great Depression, it became necessary for him to go to work at The Columbia Rope Company, to help support the family.

At the age of twenty-two, he enlisted in the Army, serving from October 1943 to July 1946, during World War II and was stationed in Rhineland, Germany. During his military career he held the positions of PVT. Coast Artillery, PVT. Gunner Machine A.A., PVT. Jackhammer Operator and PFC. Military Policeman, receiving numerous medals of honor for his service.

Following his return from the Army, he became a self made entrepreneur when he started The Red Diamond Taxi Company, with his two brothers, the late Samuel J. DeRosa and John D. DeRosa, which they successfully ran together for thirty-five years. During that time, he met and married his wife, the late Theresa (Anselmi) DeRosa, on September 5, 1949, who he was lovingly devoted to for seventy-two years. Throughout their lives together they had two children, Frank L. DeRosa, of Auburn and Candace DeRosa Lucas, of FL; four grandchildren, Rachel and Michael DeRosa of Auburn, and Kiera Lucas Holy and Chase Lucas, of FL; and two great-grandchildren, Derrick DeRosa Buell of Skaneateles and Isabella Marie Holy of FL; and numerous nieces and nephews.

A devoted family man, staunch Roman Catholic and life long humanitarian, he was known for being brave, loving, jovial, social, kind, compassionate and generous, donating to numerous Catholic parishes. His life long passions included gardening, cooking for his family, and listening to Italian music. His hopes, wishes and dreams revolved around providing a comfortable and secure lifestyle and environment for his family and loved ones. He was a very special soul and deeply touched the lives of everyone which knew him. As a result, he has numerous family and friends who affectionately refer to him as "Pops". His life legacy was the embodiment of a stanza from a song by Frank.

Watch Now: Beer bellies are a sign of poor health

How to carve the perfect Halloween pumpkin

How to carve the perfect Halloween pumpkin

Simple things you should know about rinsing canned food

Simple things you should know about rinsing canned food