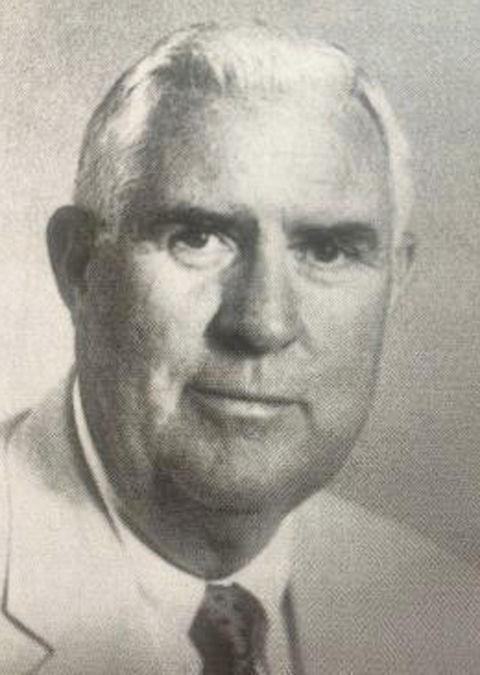 AUBURN — Martin Edward Fanning passed away Saturday evening, April 24, 2021 after a brief illness and after spending the day with his loving children and grandchildren.

Marty was born in Dunmore, PA on May 28, 1930, the eldest of eight children of Martin and Martha (Mitchell) Fanning. He graduated from Scranton Tech and the University of Scranton. Following graduation, Marty was selected for the U.S. Marine Corps Officer Candidate School where he served as a helicopter pilot in Pensacola, FL and Camp Lejeune, NC.

After leaving the Marines, Marty's career carried the family across four states. In 1967, Marty and Peggy settled in Auburn, NY where Marty had been appointed Personnel Manager at General Electric.

In 1973, two of Japan's largest companies, Kyoei Steel and Sumitomo Bank, announced plans to build a state-of-the-art steel mill in Auburn. Marty was recruited as one of the first executives leading the personnel function. Over the next 20 years, Auburn Steel became the region's premier employer and a benchmark for leadership and personnel practices. In 1992, Marty was appointed president of Auburn Steel's Lamont, IL mill.

Rain or shine, every weekday morning began with an early 5-mile run. After knee surgery, a 30-minute swim took its place. These are just small examples of his uncommon fortitude.

In retirement, Marty and Peggy traveled the world and divided their time between their beloved Owasco Lake and Cape Coral, FL. Marty and Peggy built their dream home on Owasco Lake and reveled in everything about - gardening in the morning, kayaking or boating in the afternoon and swimming before bed. Most summer days they were happily overrun with children and grandchildren from dawn until dusk.

There was no more devoted husband than Marty. When Peggy began experiencing health issues in 2012, specialists couldn't diagnose the cause. Marty phoned the Mayo Clinic every day for weeks until he secured an appointment. Action was Marty's love language and he would move heaven and earth when loved ones needed him.

Marty and Peggy shared a profound faith and obedience to God. That faith faced the ultimate test with the loss of their son Marty and daughter Marlyn to motor vehicle accidents in the 1980s. Marty and Peggy's trust in God was unwavering. The family takes enormous comfort from their reunion in heaven.

In a tribute on his 90th birthday, Marty was described as a "Pilot, Personnel Executive and President." To his family he was simply "Papa" cherished for his strength of character, his indomitable will, his devotion to God and family and for his example as a husband, father, brother, grandfather and friend.

Marty's children recall a running joke between their parents. Each Saturday night Peggy would ask Marty: "Are we going to that dance tonight?" Marty would reply: "Not tonight honey." Last Saturday, Peggy finally got him to the dance. We can only imagine the rejoicing.

In addition to Peggy, Martin III and Marlyn, Marty was predeceased by his parents, Martin and Martha Mitchell Fanning and his brother, John Fanning and sister, Clair Jordan. His devoted brothers: Joe (Pat) Fanning, Edward Fanning, Jim (Annette) Fanning and William Fanning; and sister, Martha O'Conner; and sister-in-law, Elizabeth Fanning survive him and will miss him dearly.

Friends are invited to join the family for a Mass of Christian Burial which will be celebrated at noon Saturday, May 1, 2021 at Sacred Heart Church, 90 Melrose Rd. Burial will be in St. Joseph's Cemetery.

In lieu of flowers the family suggests donations in Marty's name to Tyburn Academy, 17 Clymer St., Auburn, NY or Sacred Heart Church, 90 Melrose Rd., Auburn, NY. Condolences may be offered to the family at whitechapelfh.com

The shocking amount of money people spend on their pets annually

The shocking amount of money people spend on their pets annually