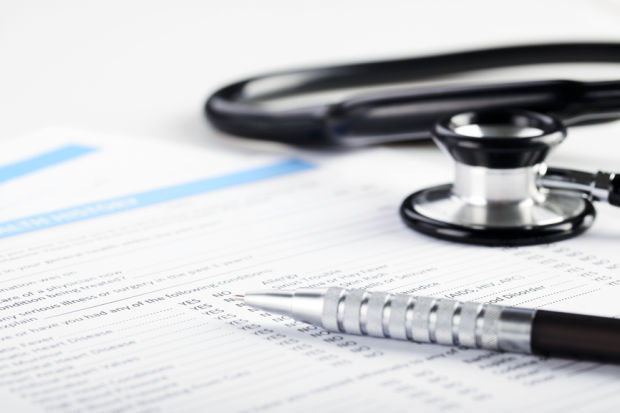 Since we are approximately one year from entering a full-blown presidential election cycle and all that goes with it — debates, primaries, conventions, etc. — I’ve chosen to make a preemptive strike and give our readers a completely different way of looking at the health care debacle. While the right talks about the “free market,” they never define it. The left is still giving away a house they don't own. So both sides talk about “free” in their own way. Unfortunately, there is no such thing as “free.” Somewhere, somehow, someone always pays. Just because it’s free for you doesn't make it free.

The starting point of this conversation is understanding the difference between health care and health insurance. Politicians like Bernie Sanders talk about “health care.” Health care is the service you receive. Health insurance is how the majority of services get paid for. The problem is that politicians don't mean health care, they mean health insurance. But if they come out and say health insurance, their campaign money will evaporate. The average person never wonders, let alone realizes, why UnitedHealth Group's stock price is $245 a share. It is simple: They take your insanely inflated premiums, pay out as little as possible in benefits to your health care providers, and they pay off politicians to leave them alone and keep the health insurance system just the way it is. As an example, Aetna reimburses your provider 13.5% of what is billed, UnitedHealth Group 19% and Excellus 21%.

The health insurance system can be broken down into four basic components: Private insurance, Medicare, Medicaid and fee for service. People in the private insurance and Medicare areas are reluctant to pay cash for services because of the ridiculous price they pay for insurance, so naturally they want their insurance to pay the bill. Medicaid recipients have difficulty finding providers outside of the hospital setting that accept Medicaid because of the absurdly low reimbursement rates.

The top five health insurance companies are UnitedHealth Group, Anthem BC/BS, Aetna, Cigna and Humana, and they function much like the five families of the mafia. Each one controls a piece of the pie. This is how they form a monopoly for the industry. The only way to break up the monopoly is to alter the rules that they have been hiding behind for decades. The first rule is the rule of economics: supply and demand. Supply is low right now because of how the state and federal governments allow access. This has put the five insurance families in the driver’s seat with all of the control. Because of this, premiums are sky high and continue to rise.

How do we drive a wedge between the five families? First there has to be an alternative to private health insurance. That alternative is an unlimited personal HSA program with no connection to an employer. The second is to remove the cash cow handed over to the insurance industry known as Obamacare. The Affordable Care Act was not affordable and was merely a one-time cash payment to the five insurance families. Before everyone loses their minds, Obamacare can be dismantled while preserving the pre-existing condition clause. Thirdly, health insurance has to be disconnected from employers. This removes a second source of shakedown money to the insurance crime families. All private insurance should have to be purchased individually. The fourth item is changing antitrust laws, opening up competition between providers and insurance companies. Currently, a provider’s competitive ability to negotiate with the “insurance families” is nonexistent because of antitrust laws.

If we had taken a fraction of the Obamacare money, put it into Medicaid, and improved Medicaid so that private providers could afford to accept these patients, it would have a lasting effect on the system. Hospitals would no longer be used as family doctors. Prevention always costs less than treatment.

Medicare as it sits is a Ponzi scheme. Bernie wants to expand a Ponzi scheme. Remember, a Ponzi scheme is what put another Bernie in jail: Bernie Madoff. If the over-regulation of Medicare was cut, Medicare would no longer be a Ponzi scheme and it could thrive without cuts and raising taxes. What it cannot do is be everything for everyone. It was never meant to do that, and it should not attempt to do that.

There are many intricacies within each component of health insurance that are impossible to cover in this article. If the general foundational elements that I have outlined are followed, the system will be competitive and it will provide the insurance industry an opportunity to compete and survive rather than be eliminated, as Alexandria Ocasio-Cortez and Bernie Sanders have recommended. At the end of the day, the only way to make health insurance and subsequently health care more affordable is to force the five insurance families to play by the same rules we do.

Dr. Dale Buchberger is a licensed chiropractor, physical therapist, certified strength and conditioning specialist, and a diplomate of the American Chiropractic Board of Sports Physicians, with 30 years of clinical sports injury experience. He can be contacted at (315) 515-3117 or activeptsolutions.com or shouldermadesimple.com.

AUBURN — At least one teenager in Auburn has heard of Van Halen.

Auburn church to host prom for people with special needs

Westminster Presbyterian: Change is a constant

Six years ago this month, I stood before my fellow members of Westminster Church and took public vows of installation to serve as an elder on …

The 3-by-3.5-inch sepia-toned picture arrived at the Owasco Town Hall on Dec. 3 from David Jester in California. Great care had been taken to …