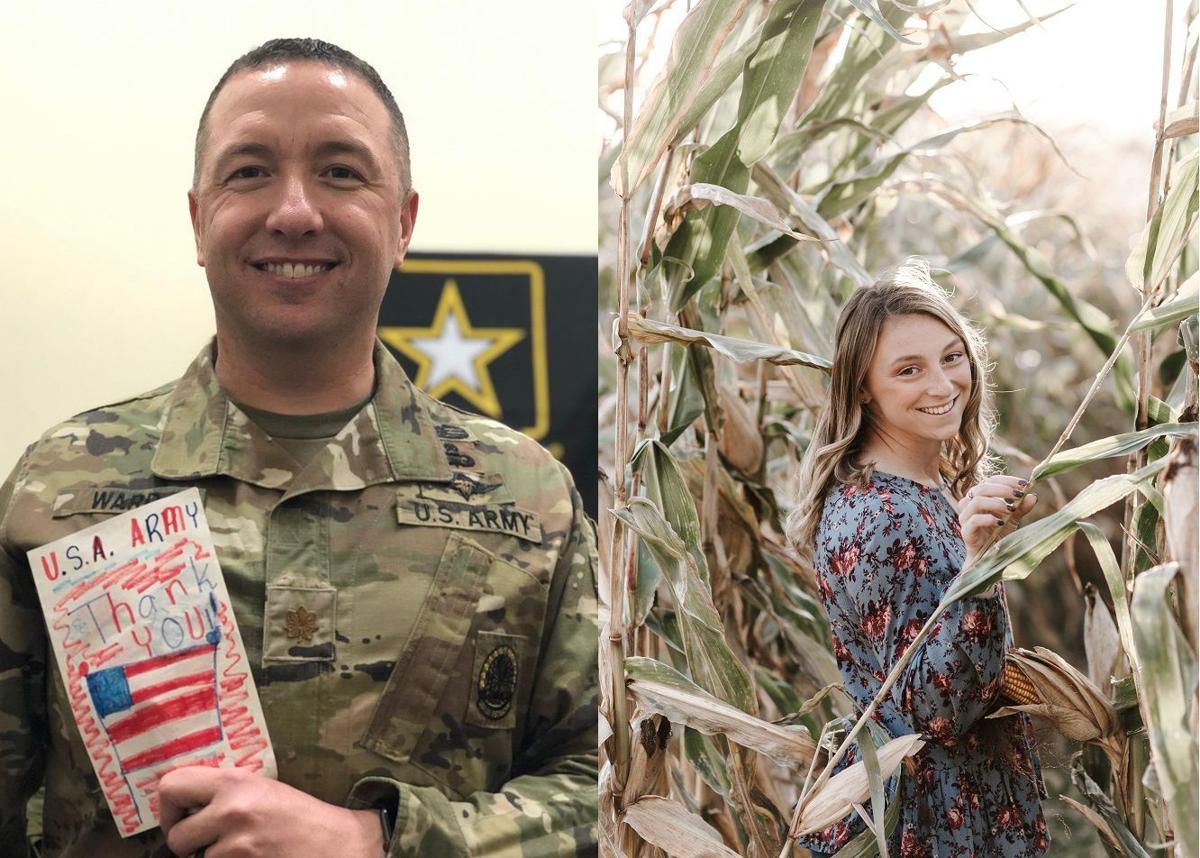 Maj. Jonathan Ward, left, holds the card he was sent in 2012 by Ava Mills, of Port Byron. 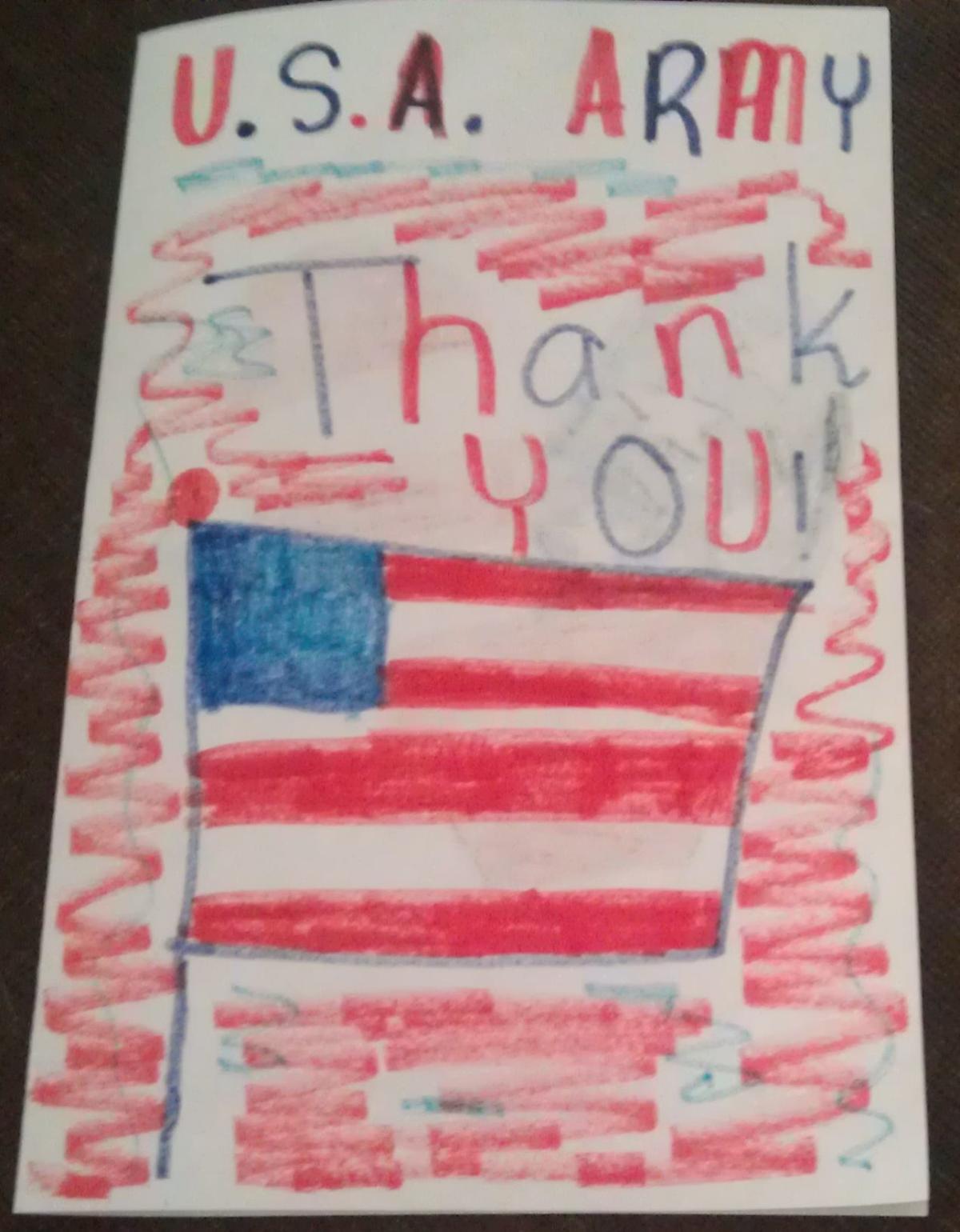 The cover of the card Ava Mills sent Maj. Jonathan Ward in 2012. 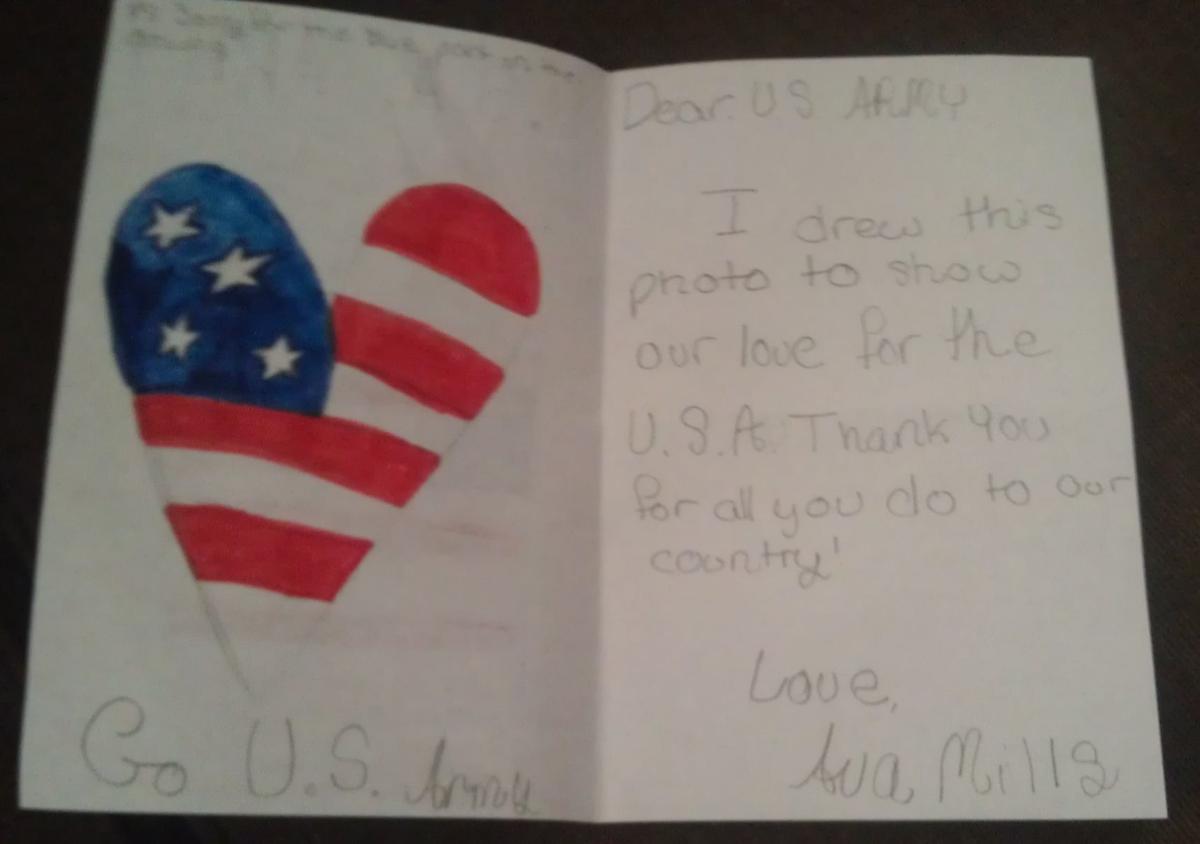 The inside of the card Ava Mills sent Maj. Jonathan Ward in 2012.

Maj. Jonathan Ward has traveled all over the world since leaving Montezuma to join the Army in the fall of 1997.

And over the course of his 23 years of service, Ward has felt more and more disconnected from his hometown. Though he returns to visit yearly with his wife, son and twin daughters, he often wonders who remembers him there. He wonders if he's still Jon, as he's known in the area, in addition to Jonathan, which he goes by now.

That's what made the card he received from Ava Mills so special.

It was 2012, when Ava was still in elementary school in Port Byron and Ward was about to deploy to Africa. Sgt. Jerome Bell Jr., a graduate of Dana L. West Jr.-Sr. High School in the village just like Ward, had been killed in action in Afghanistan a few years earlier. Ava's mother, Steph Mills, was longtime friends with both servicemen. So she suggested Ava send Ward a care package as a show of support. It included a card with an American flag, which she drew in art class.

Ward hasn't let go of that card ever since.

"She has a special place in my heart," Ward said of Ava. "It meant the world to me that no matter what I was doing, my small town was still caring about me and not forgetting me even though I've been gone so long. ... That stuff brings you back."

Now a senior at Port Byron, Ava has seen the end of her high school career effectively canceled due to the COVID-19 pandemic. She'll miss her final season of softball, where she was The Citizen's Player of the Year last season, as well as her senior trip and senior ball. Activities like student government, yearbook club, delivering the morning announcements — all cut short. It's possible that commencement will be held on the school's new turf field, Ava said, but she might miss that as well.

"It's definitely very difficult to process," she said. "I missed what most people consider the good part of senior year. The fun stuff."

To soften the blow for its seniors, the Port Byron community has organized an adoption program. People can adopt members of the class of 2020 and send them gifts or gestures of support.

And when Steph told Ward about the program, he adopted Ava.

He surprised her with the news in a Facebook post, and later followed up with a video call from the Middle East, where he's currently deployed. (Ward couldn't specify his location or the nature of his current work due to security concerns.)

Before his deployment there earlier this spring, Ward said, he was planning on speaking to his alma mater's class of 2020. Heartbroken for them, he felt he had to "take the ball and run with it" by adopting Ava. So he made a show of it, surprising not only her but her mother with the revelation that he still had the card. Seeing the Facebook post brought Steph to tears.

"I couldn't believe something so small meant so much," she said. "To think that little paper has been all over the world with him. I hope it gave him comfort and encouragement whenever he needed."

Ward has since sent Ava some gifts, including a care package that he hopes will make it to Port Byron from the Middle East before June 26. That's not only Ava's birthday, Ward said, but his twin daughters'. He doesn't consider that a coincidence.

Because Ward didn't just adopt Ava as a graduate. She's part of his family now, he said. He told her as much with another gift, a stuffed animal of her favorite Disney character, Stitch from "Lilo & Stitch." It included a card that said she's part of the Ward "ohana" — the Hawaiian word for "family," as Stitch explains.

Ward also hopes to see Ava in person when he makes his annual return trip home in September. She'll be starting her first year at St. John Fisher, where she'll continue playing softball and study toward a career in physical therapy. No matter where her studies take her, though, Ward wants Ava to feel the same connection her card has made him feel since he received it eight years ago.

"Both of her families will go out and get dinner together," he said of his return trip. "We told her that we'll make it official."

Pompeo: US 'looking at' banning TikTok

Pompeo: US 'looking at' banning TikTok

Maj. Jonathan Ward, left, holds the card he was sent in 2012 by Ava Mills, of Port Byron.

The cover of the card Ava Mills sent Maj. Jonathan Ward in 2012.

The inside of the card Ava Mills sent Maj. Jonathan Ward in 2012.