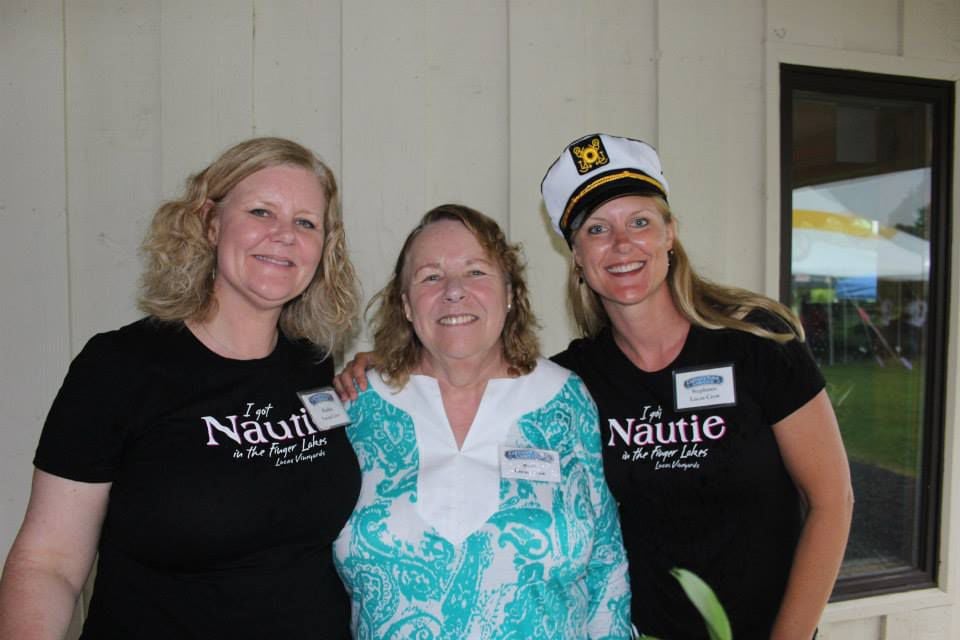 The women of Lucas Vineyards in Interlaken. 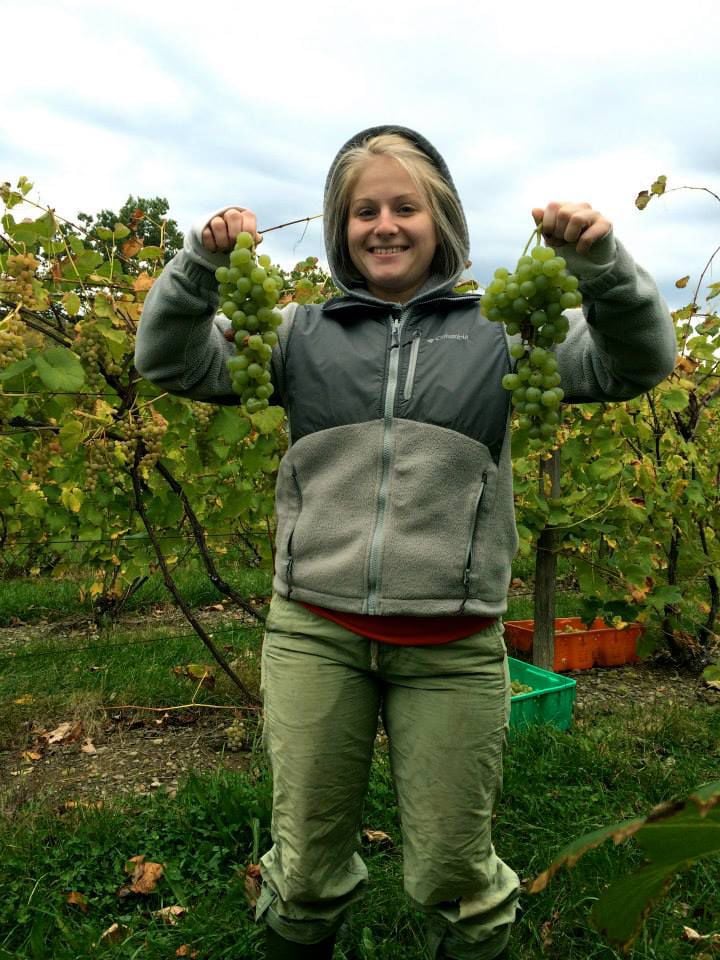 Kelly Miller, winemaker at Tabora Farm and Winery in Dundee and former manager at Six Mile Creek Vineyard in Ithaca. 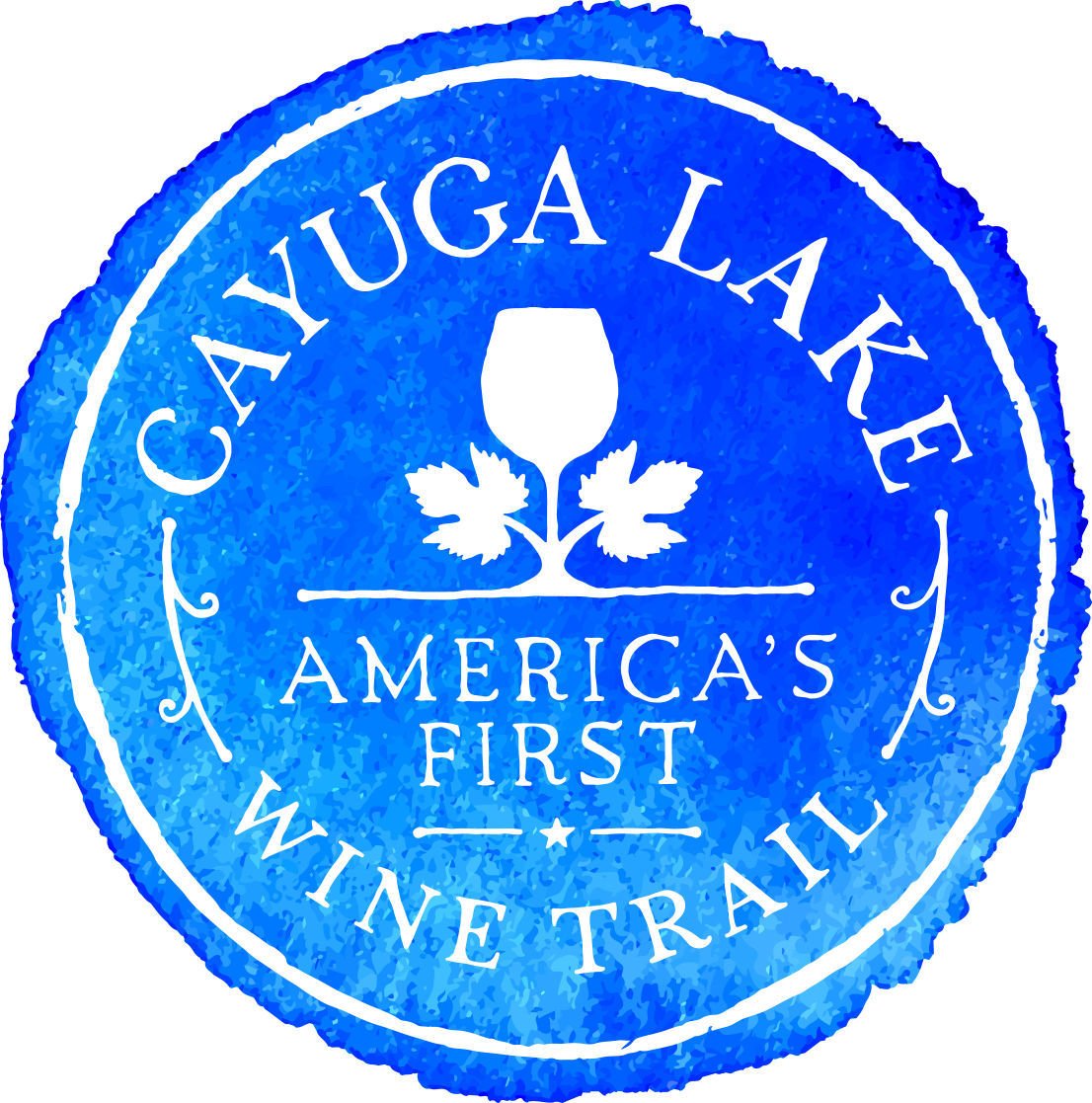 The new logo of the Cayuga Lake Wine Trail.

Katherine Chase Special to The Citizen

March is Women’s History Month, and being so close to Seneca Falls, the birthplace of women’s rights, it feels appropriate to write about some of the women on the Cayuga Lake Wine Trail.

It begins with the Lucas family, who runs the oldest winery along Cayuga Lake. Lucas Vineyards founder Ruth Lucas was one of the first women winemakers. She moved her family to Interlaken in 1974 from the Bronx, knowing she wanted her family to plant something they could nurture and take care of, rather than the typical corn or wheat. With her three children, they soon began making award-winning vintages and made a name for themselves. Ruth said she never faced adversity being the only female winemaker. Instead, she was respected and able to ask the guys to try her samples and learn from their experience and opinions. She was also one of the founding members of the Cayuga Lake Wine Trail, and has been an active member since its inception in 1983. Her advice to women who are thinking about getting into the wine industry is simple: “Be sure you enjoy it. Be sure it’s a passion. Be sure it’s something you want to do. It’s a lot of hard work and manual labor, but there’s a lot of satisfaction in it.” Today, Lucas Vineyards is run by three generations of Lucas women, with no sign of stopping.

Buttonwood Grove Winery currently has a team of leading women, including Sue Passmore, the winemaker behind their 2016 Riesling that won the 2017 Governor’s Cup. Sue has been in the wine industry for about 26 years: “Some of the women at church picked grapes, and fall is such a beautiful time of the year that I wanted to try it. I could put my daughter on the school bus and then join the pickers when I needed to meet the bus.” From there, she eventually worked her way into the cellar. Kathy Lesslie also works at Buttonwood and credits Sue for being her inspiration for getting into the wine industry. She has the sometimes difficult task of working the tasting bar, which includes a lot of wine knowledge and customer service skills. Marcia Klue is also one of the leading women who work at Buttonwood. She’s the powerhouse marketing guru behind their new image after the Pittards bought it in 2014. She’s worked in the industry for 10 years and feels that the future of women in wine is on the rise. “There doesn’t seem to be much of a ‘glass ceiling’ in the local industry.” In other words, the world, or at least the Finger Lakes, is our oyster!

Another up-and-coming woman in the industry that I spoke with was Rachel Hadley. She’s currently the winemaker at Knapp Winery, with a couple other local wineries under her belt. While working her way through college, she worked in a local tasting room, and her love for wine bloomed and flourished from there. She’s studied abroad and said the wine industry wasn’t nearly as accepting of women internationally as they are here. The cellars had different expectations for women, and many of the men didn’t think they could handle the heavy lifting. Through perseverance, she made her way through the industry on her way to making a name for herself.

Julie Hoyle, head winemaker for Hosmer Winery, started much the same way. She stumbled into the wine industry and quickly found a lifelong passion. She studied abroad and faced similar challenges as Rachel did, but came back and found her footing. I asked her if she felt like there was an advantage to being a woman in winemaking. She said, “I don’t believe that women or men intrinsically are better or worse at winemaking. One advantage I have over some of my male peers is the deep-rooted network of other female winemakers, assistant winemakers and vineyard workers I am part of. Sometimes this means we go out for a beer together, or share a meal. What it always means is that we are there to celebrate each other’s successes.”

All across the Finger Lakes, more and more women are popping up, and having each other’s backs, in all aspects of the industry: vineyard crew, winemaking, marketing, tasting room staff, management, etc. The march for equality started with Elizabeth Cady Stanton in Seneca Falls, and the Finger Lakes wine ladies are taking what she did and running with it full-force. To say she’d be proud is an understatement!

The women of Lucas Vineyards in Interlaken.

Kelly Miller, winemaker at Tabora Farm and Winery in Dundee and former manager at Six Mile Creek Vineyard in Ithaca.

The new logo of the Cayuga Lake Wine Trail.