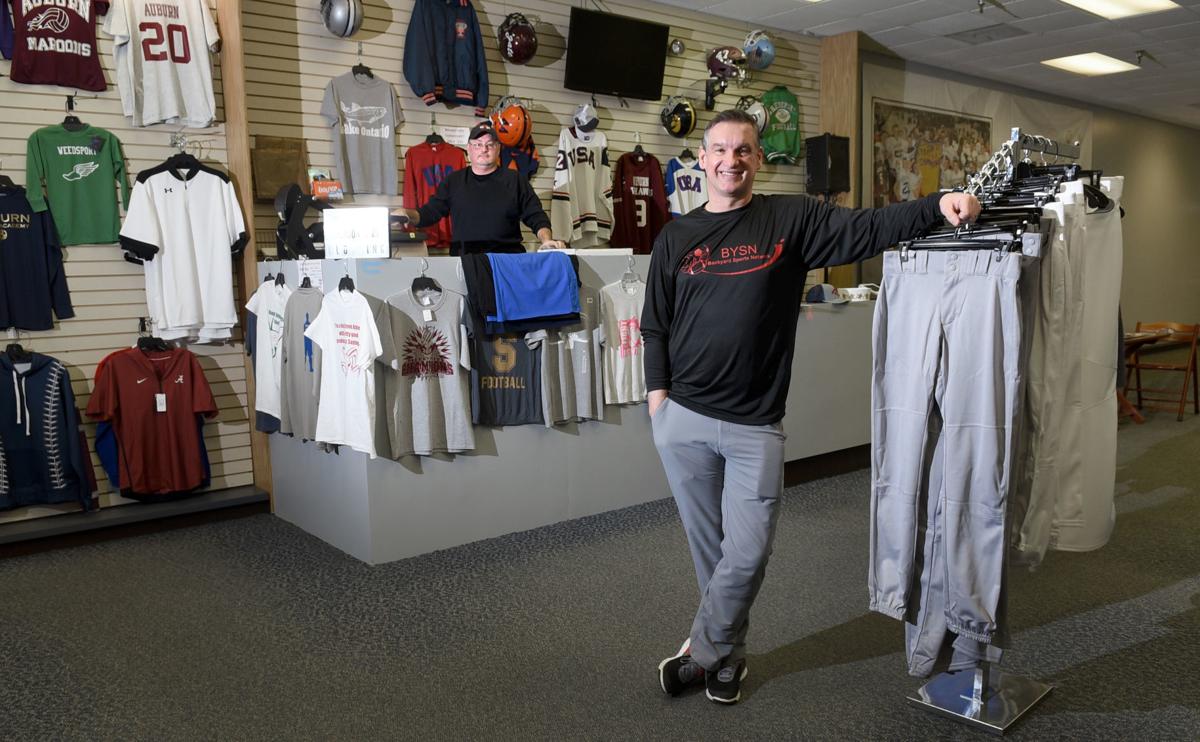 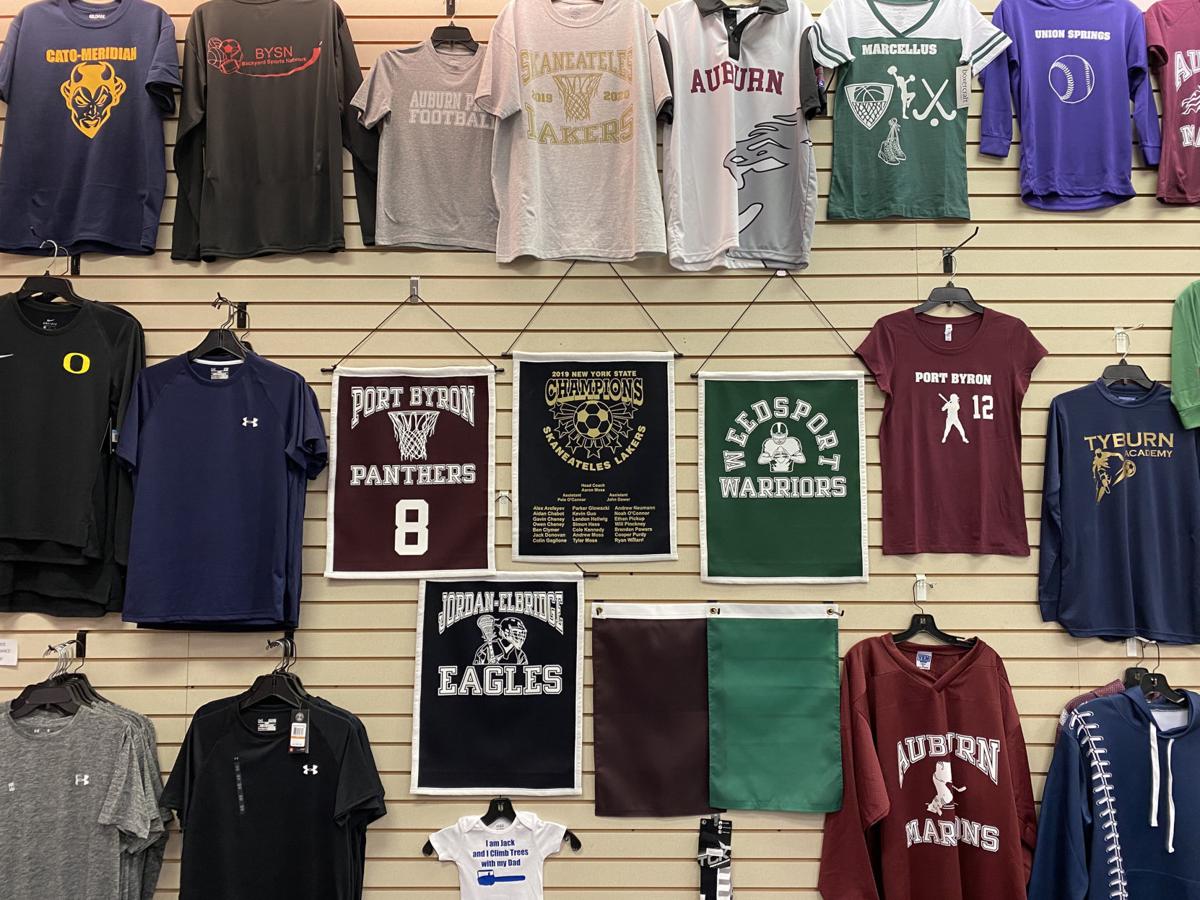 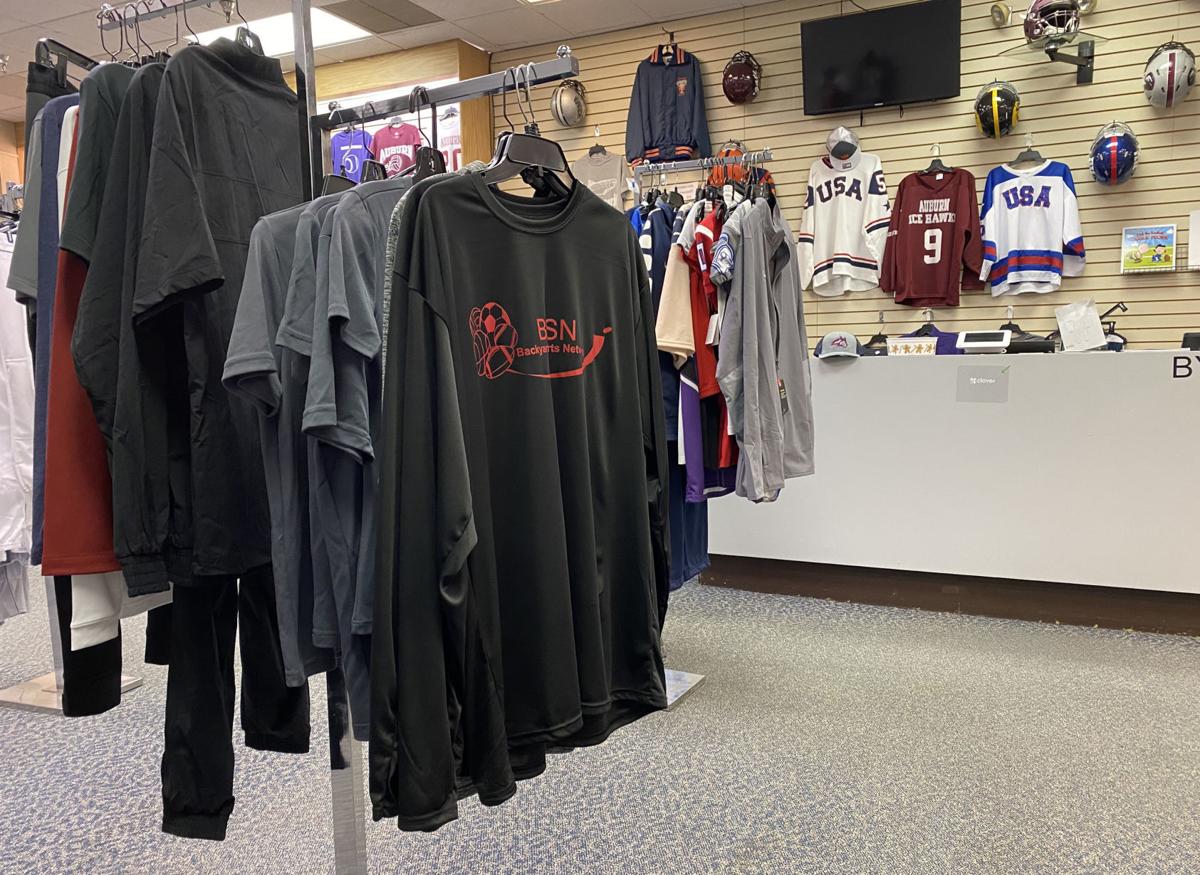 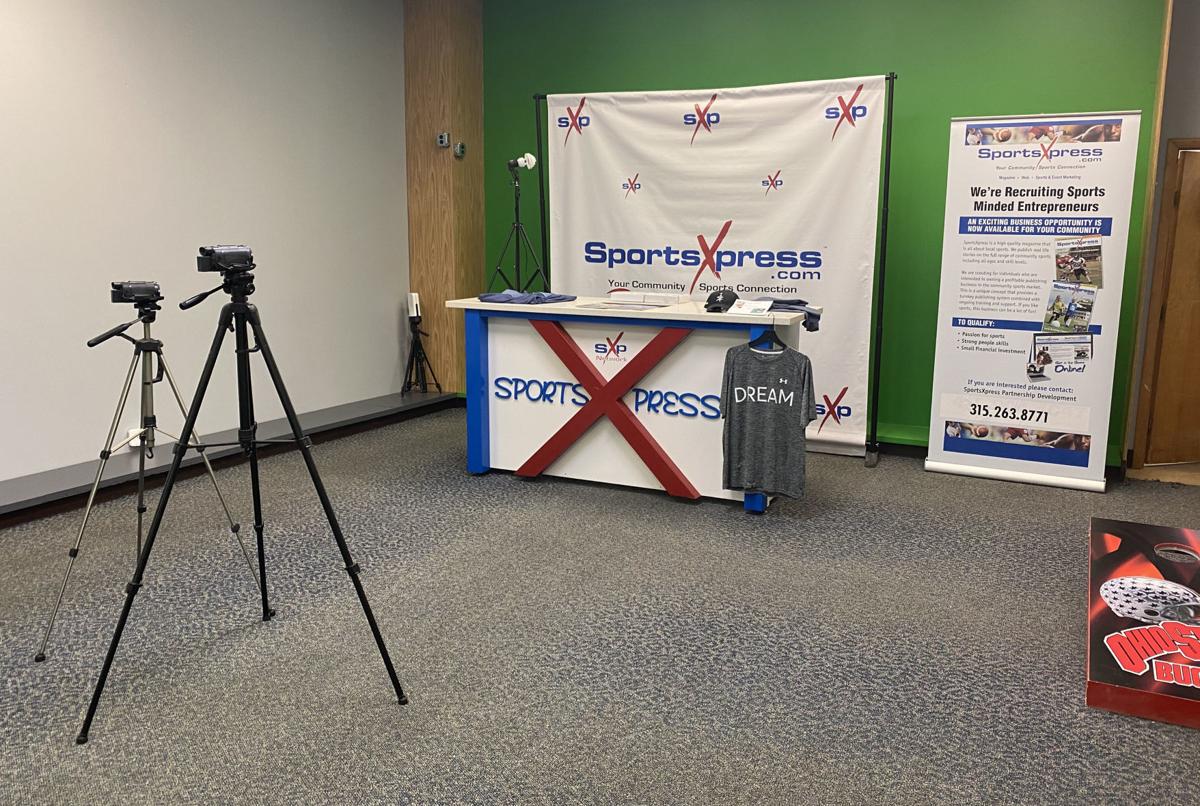 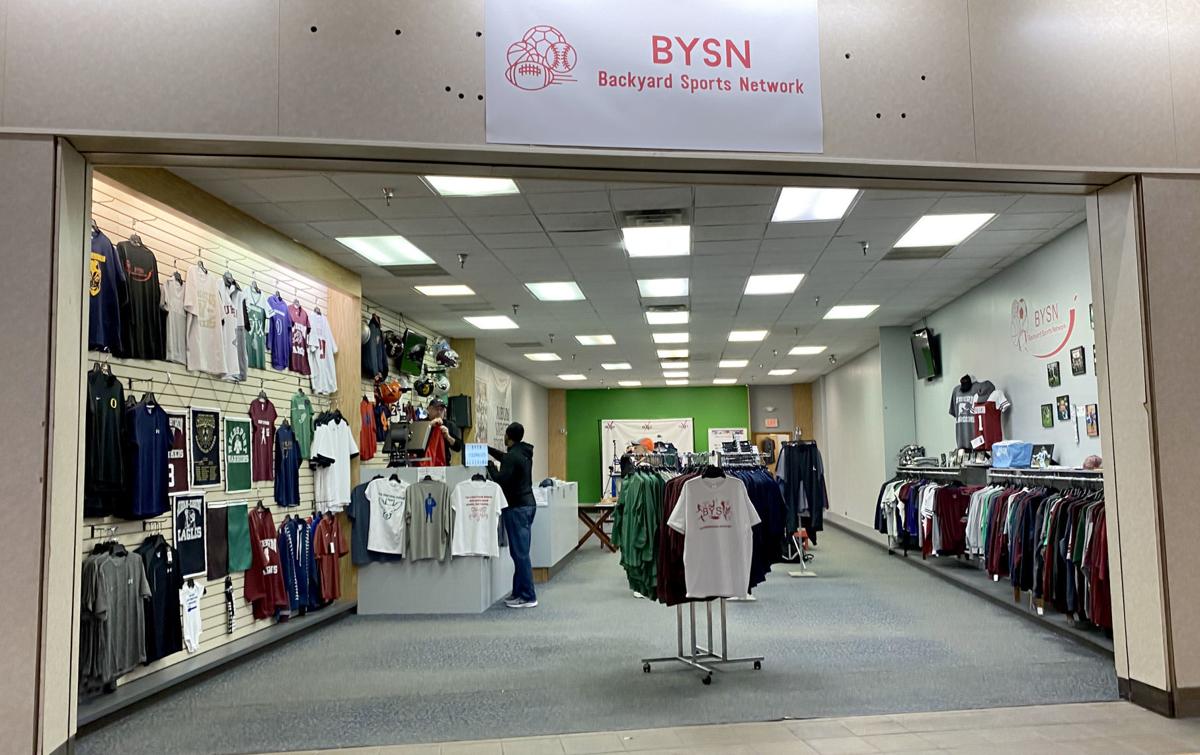 Bennett and partner Dan O'Hara opened the storefront for the business at Fingerlakes Mall in Aurelius in December. Bennett handles the business aspects of things, while O'Hara focuses on the creative side, designing apparel for the store.

Shirts promoting local teams from Auburn, Port Byron, Weedsport and more adorn a wall on the store. On Friday, O'Hara was hard at work using a vinyl cutter at the store. Bennett said they are able to design personalized apparel with customers' specifications, whether it's sports-based or not.

Bennett said sports have always been a huge part of his and O'Hara's lives.

"We firmly and truly believe that there are very few things in this world that bring communities together like the power of the community sports lifestyle," Bennett said.

Since sports are such an important element of many people's lives, Bennett said, the business helps promote Cayuga County-area organizations and their activities, with a particular focus on Auburn.

Bennett has experience covering local sports through a variety of media. He helped company SportsXpress make the Syracuse edition of a sports magazine in 2017. By 2018, his involvement with the magazine was winding down and he branched out to other forms of media. He co-hosted a radio show on the Syracuse-based station WSYR from 2018 to 2019. Last year, he and O'Hara ran a web broadcast from Auburn Regional Media Access under the SportsXpress name for five months, but later left the company.

Motioning to the large green screen located at the rear of the storefront, Bennett said he and O'Hara plan to start a new show soon under the Backyard Sports Network name. They aim to have two web broadcasts a week, interviewing coaches and players from local teams. Bennett said the broadcasts haven't started yet because he and O'Hara have been so focused on setting up the store. They also hope to eventually start a magazine.

Backyard Sports Network hasn't been shying away from coverage in the meantime, though. The company streams games on its website, bysnetwork.com, and posts on Facebook Live.

The company is working with Leroy Collins, who played football with the Jacksonville Jaguars from 1999 to 2001, as well as the Louisville Cardinals in college and the Edmonton Eskimos in the CFL. Backyard Sports Network has been helping Collins, who lives in Oswego County and is an inspirational speaker, promote a book he wrote about his life and develop an inspirational clothing line, DREAM. Collins said Bennett and O'Hara share his mission in life, which is "to help other people and to create things for other people."

O'Hara said he enjoys designing things for the business.

"We do the team apparel stuff, but the fun part for me is the people who come through the door and want something different," he said.

Bennett said the business zeroes in on the people involved in the games, rather than just the games.

"To me, sports is about the lessons that you learn, dealing with adversity, dealing with success and overcoming obstacles in an effort to succeed," he said.