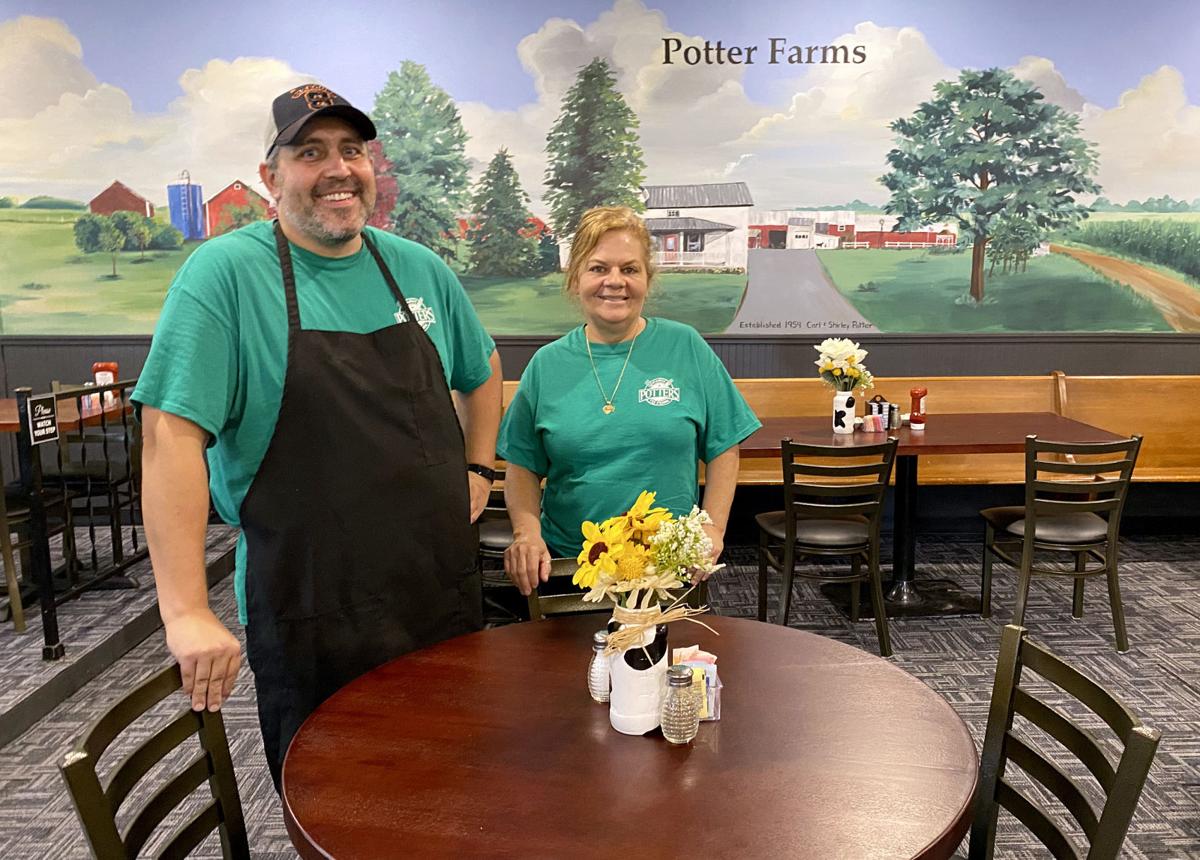 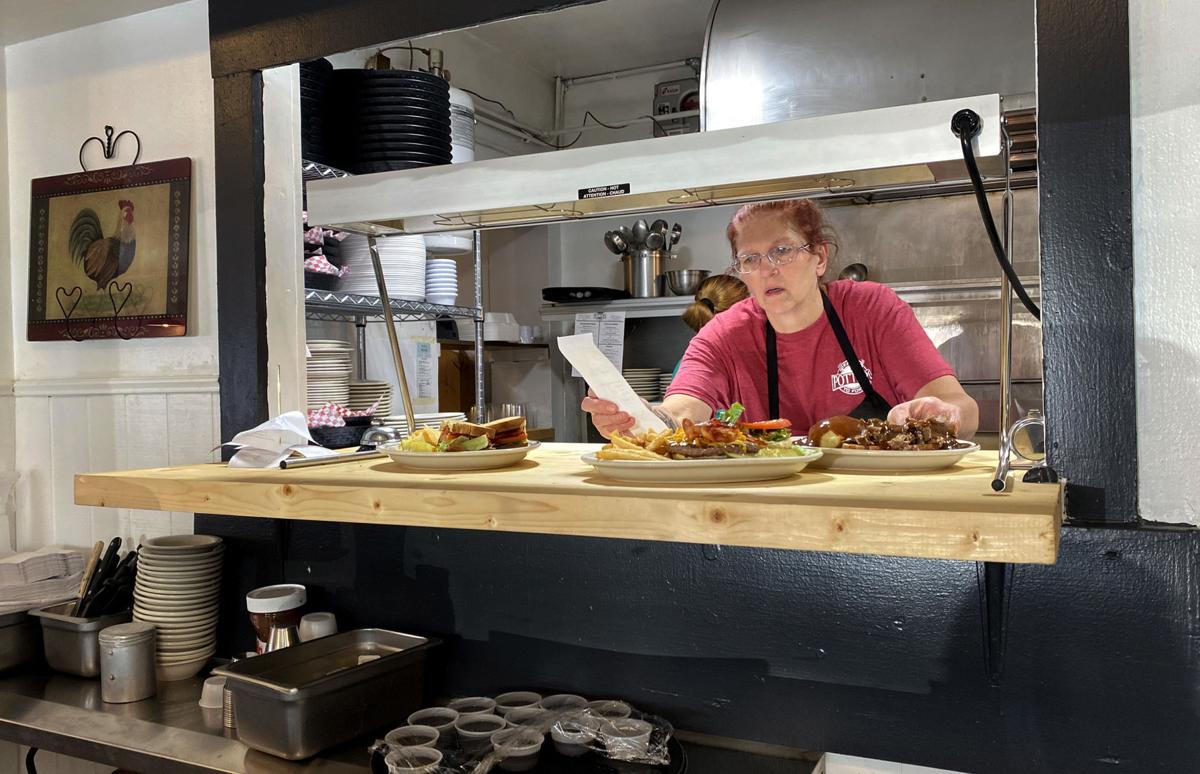 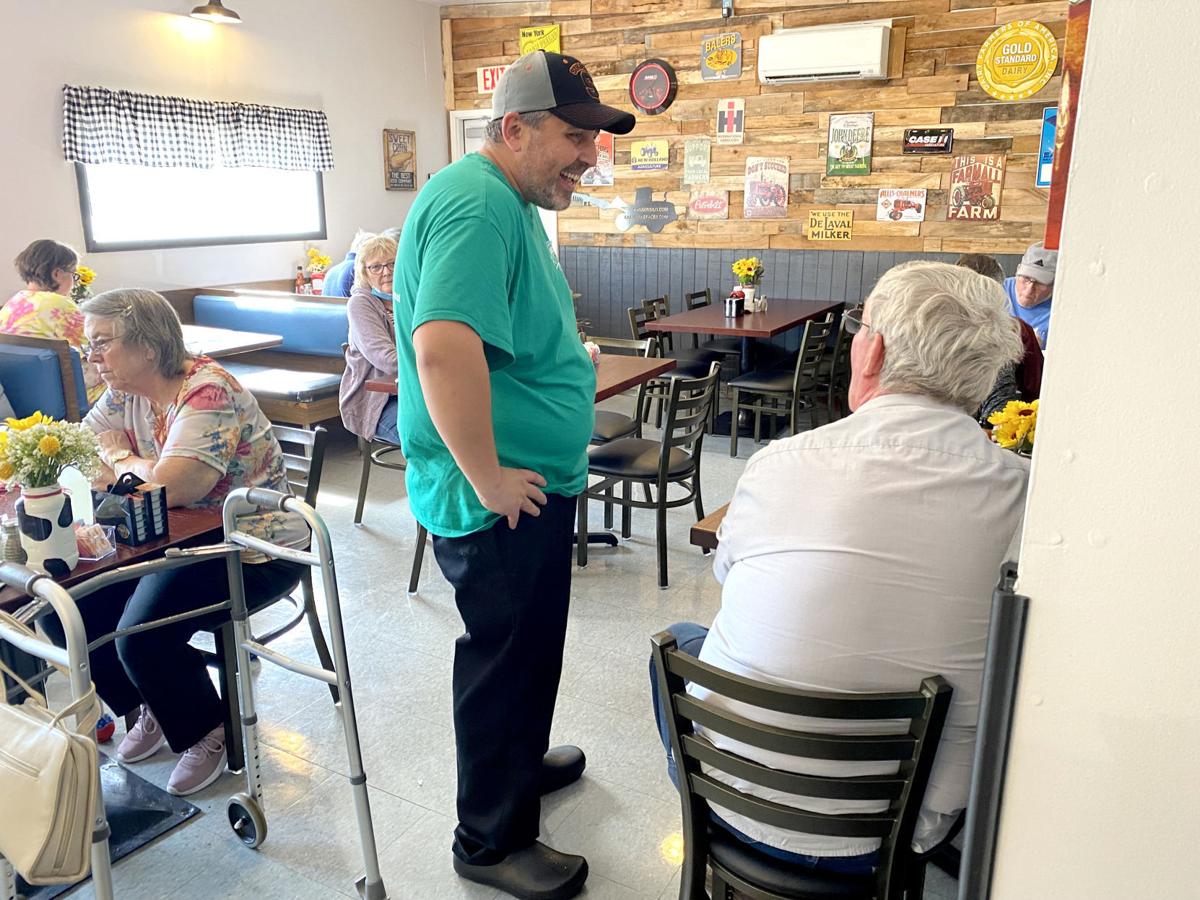 Owner Brian Potter chats with customers in the dining area at Potters Farm to Fork restaurant in Port Byron. 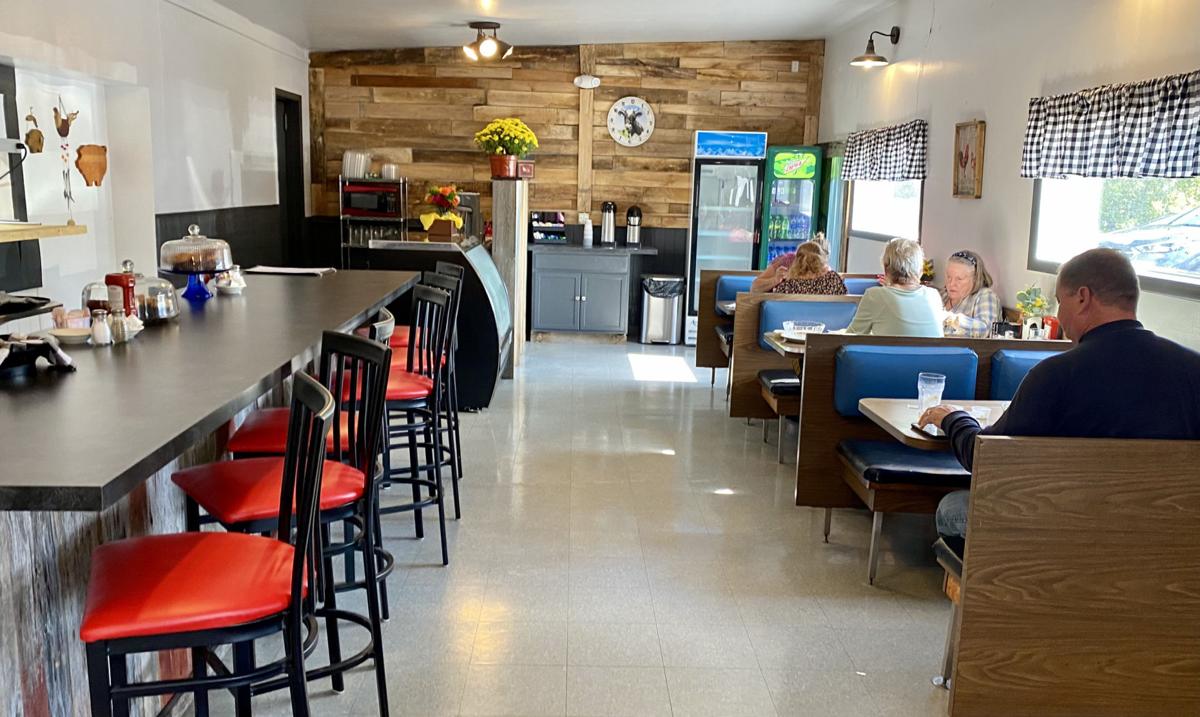 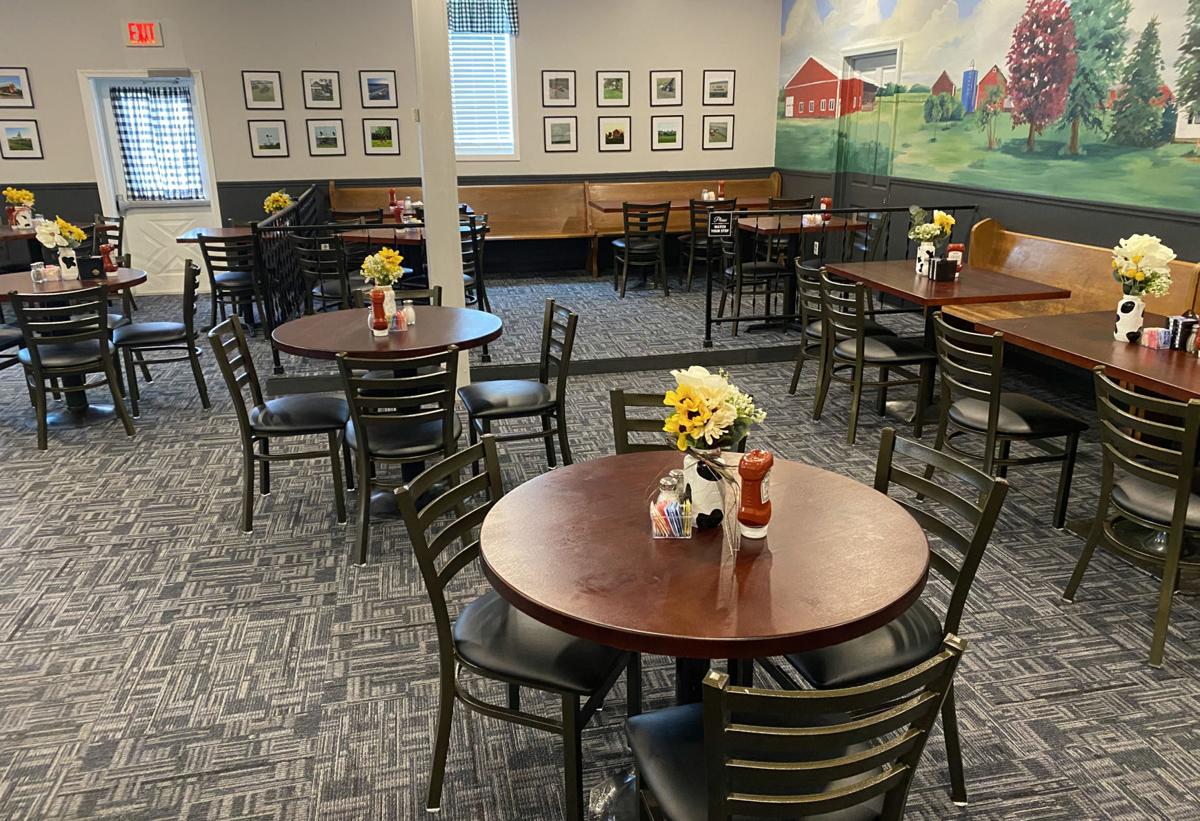 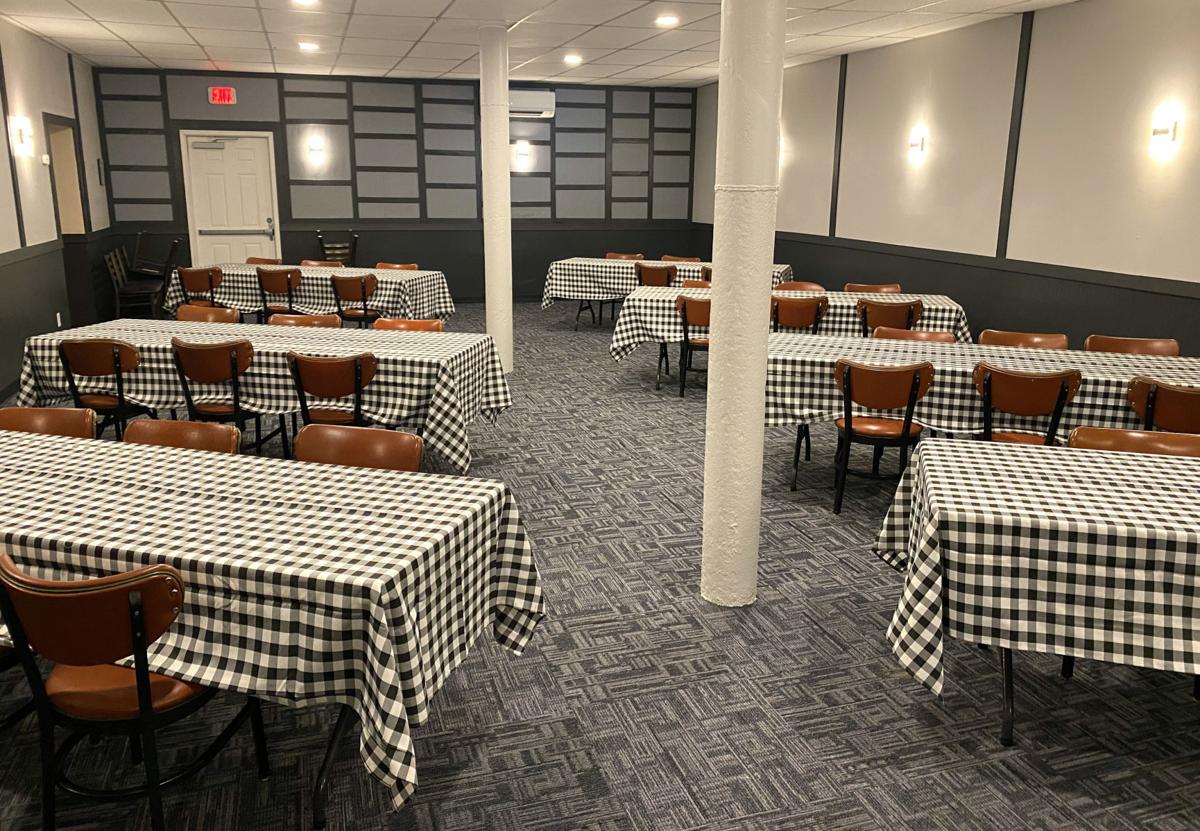 The banquet room at Potters Farm to Fork restaurant in Port Byron. 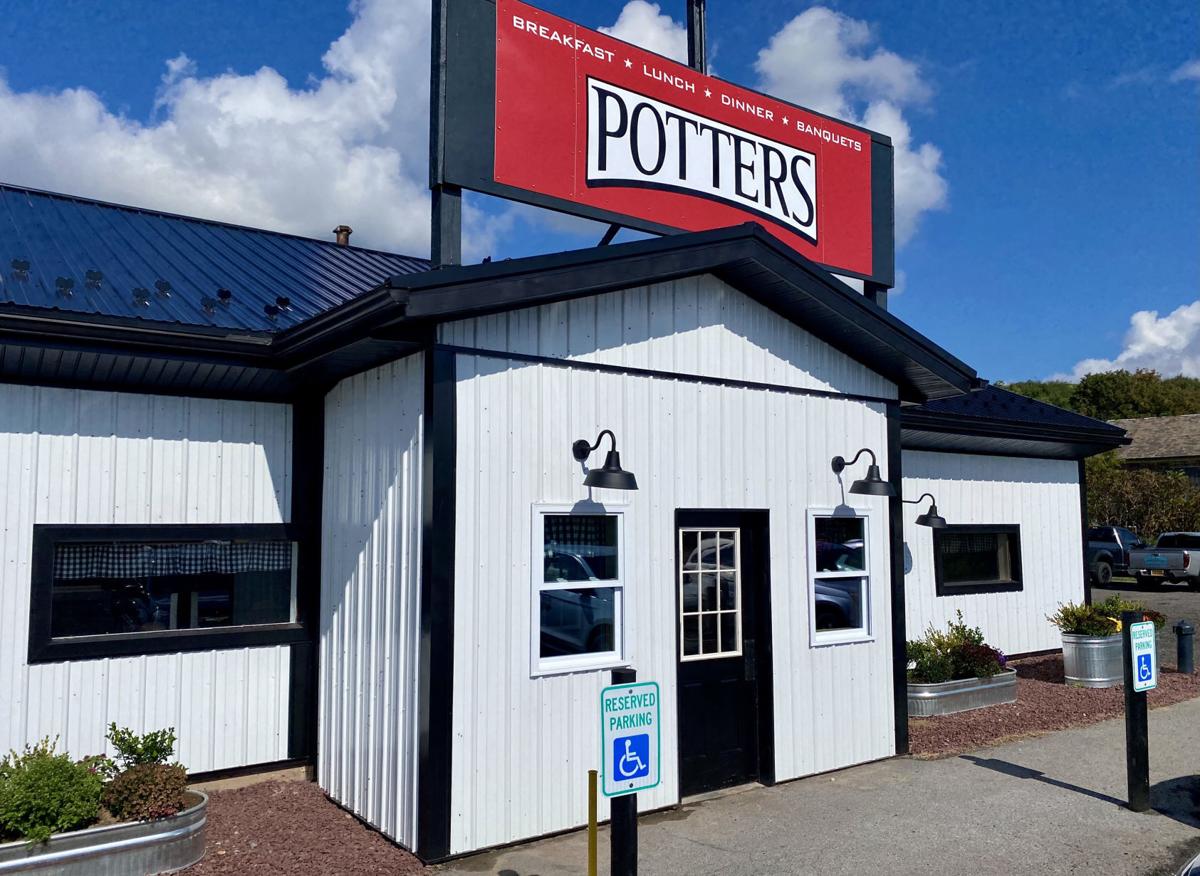 The former Brenda's Diner on Route 31 in Port Byron reopened Oct. 1 as Potters Farm to Fork, a restaurant under the management of longtime business partners Brian Potter and Bonnie Buonomo.

Potter, a native of Weedsport, worked on his family's dairy farm before getting his first "real" job at the Old Erie Restaurant in the village, where he worked for 15 years.

Those two passions are represented by the name of the new restaurant, he told The Citizen on Wednesday in its rear dining room.

"The name is about my journey, growing up on a dairy farm where you learn hard work and what it takes to make a dollar. It isn't easy, nor is the restaurant business," he said.

WHAT: Potters Farm to Fork

"But there is something very satisfying about making people happy and feeding people."

Potter left Weedsport for Phoenix, Arizona, where he lived and worked in food service for years before returning to the area. He met Buonomo at the University of Rochester. They worked at a campus hotel until March, when the owner of their company passed away. He was going to support their opening of a restaurant on campus, but without him, they decided to set out on their own.

Potter and Buonomo looked at restaurants in Rochester, and then one in the Thousand Islands, but felt those markets were too saturated and seasonal, respectively. So they started looking in Potter's hometown. The Old Erie, which he tried to buy in 2005, had deteriorated to the point of being a money pit, he said. They also looked at Devaney's Riverside Grill in Weedsport.

After visiting Devaney's, Potter and Buonomo happened to go to Brenda's Diner for lunch. When they learned that owner Brenda Hirsch was looking to sell her business, Potter was hesitant at first.

"I've never been passionate about breakfast," he said with a laugh. "I'm not a morning guy, so that part of it scared me. I'm a lunch and dinner guy. I like having a bar, and we don't have a bar here."

What won Potter and Buonomo over, though, was the space at the Route 31 restaurant. Along with the traditional diner counter and seating, it has a dining hall several times bigger in the back, as well as a private room that can be used for banquets and other events. With the Old Erie and Devaney's closed, he and Buonomo saw an opportunity to become the new destination for those events.

The partners bought the restaurant in July. They spent the next few months replacing its kitchen equipment and décor, and renovating the building with the help of family.

The menu, Potter said, is "a more approachable version of farm-to-table." The restaurant sources local ingredients when it can, like beef and pork from Rosencrans Local Market in Auburn and produce from Owen Orchards in Sennett, whose hard cider is used in a popular Drunken Pork Chop entrée. But Potters doesn't fully meet the definition of farm-to-table, and that's by design.

"Farm-to-table can scare people away with pricing, then you get into the organic stuff," Potter said. "To me, it's more about having it be fresh and local, and keeping it affordable for families."

Similarly, Potters isn't a diner by name, but its owners said they aren't offended to be called one. Diners are "quintessentially American," Potter said, and celebrate farmers and other blue-collar workers like his and Buonomo's restaurant. They also celebrate the community, which Potters does by giving agricultural workers lifetime 15% discounts, and serving Panther and Warrior loaded baked potatoes. Customers select between the Port Byron and Weedsport mascots when they order the potato, and $1 from the sale is donated to that school district's parent-teacher association.

"That's what makes a small town tick," Potter said. "Everybody helping each other out."

Owner Brian Potter chats with customers in the dining area at Potters Farm to Fork restaurant in Port Byron.

The banquet room at Potters Farm to Fork restaurant in Port Byron.