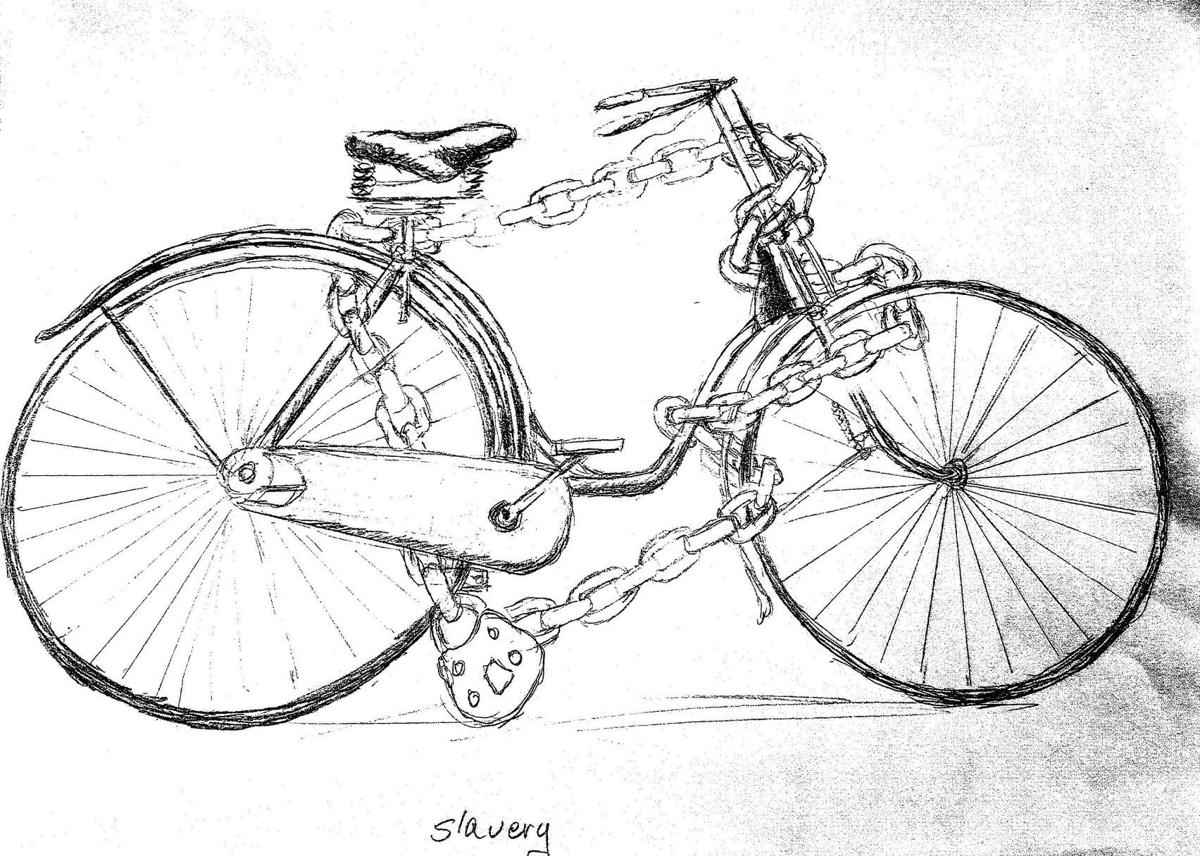 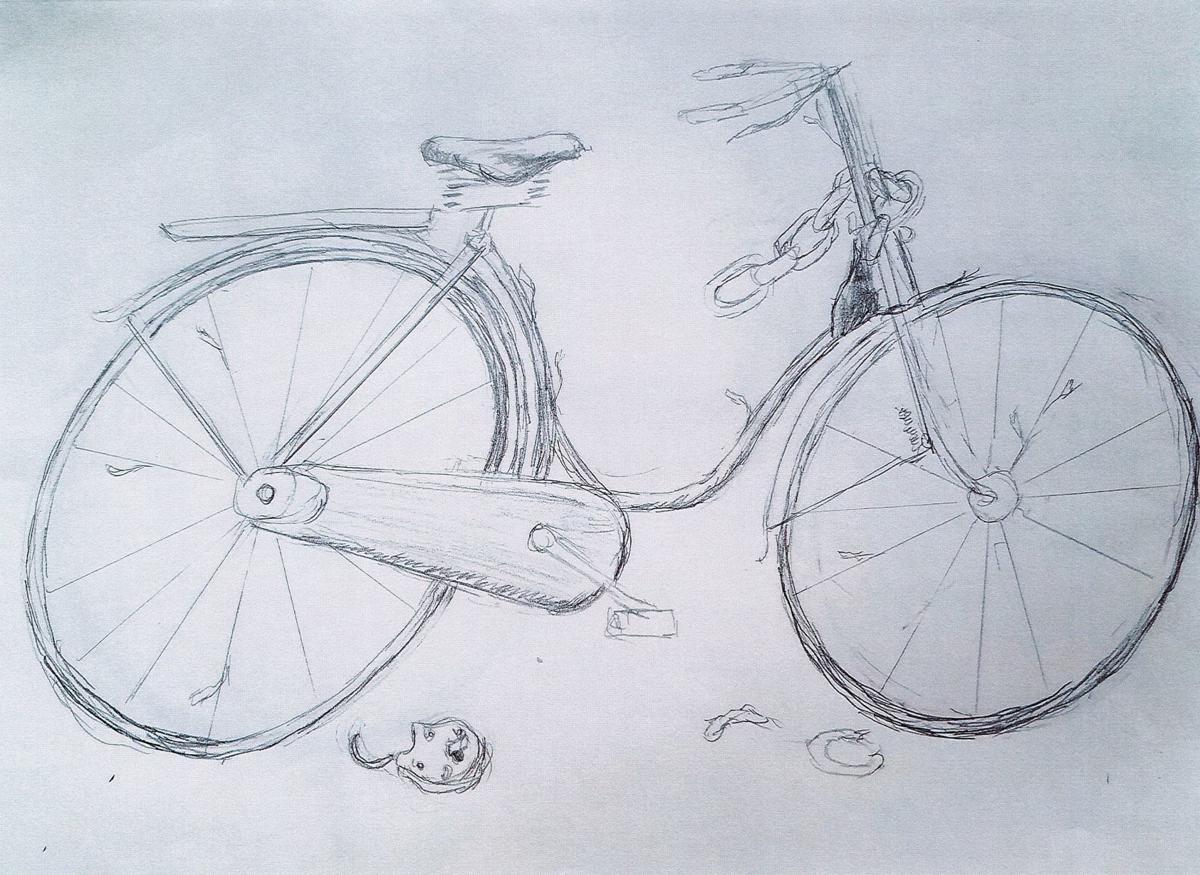 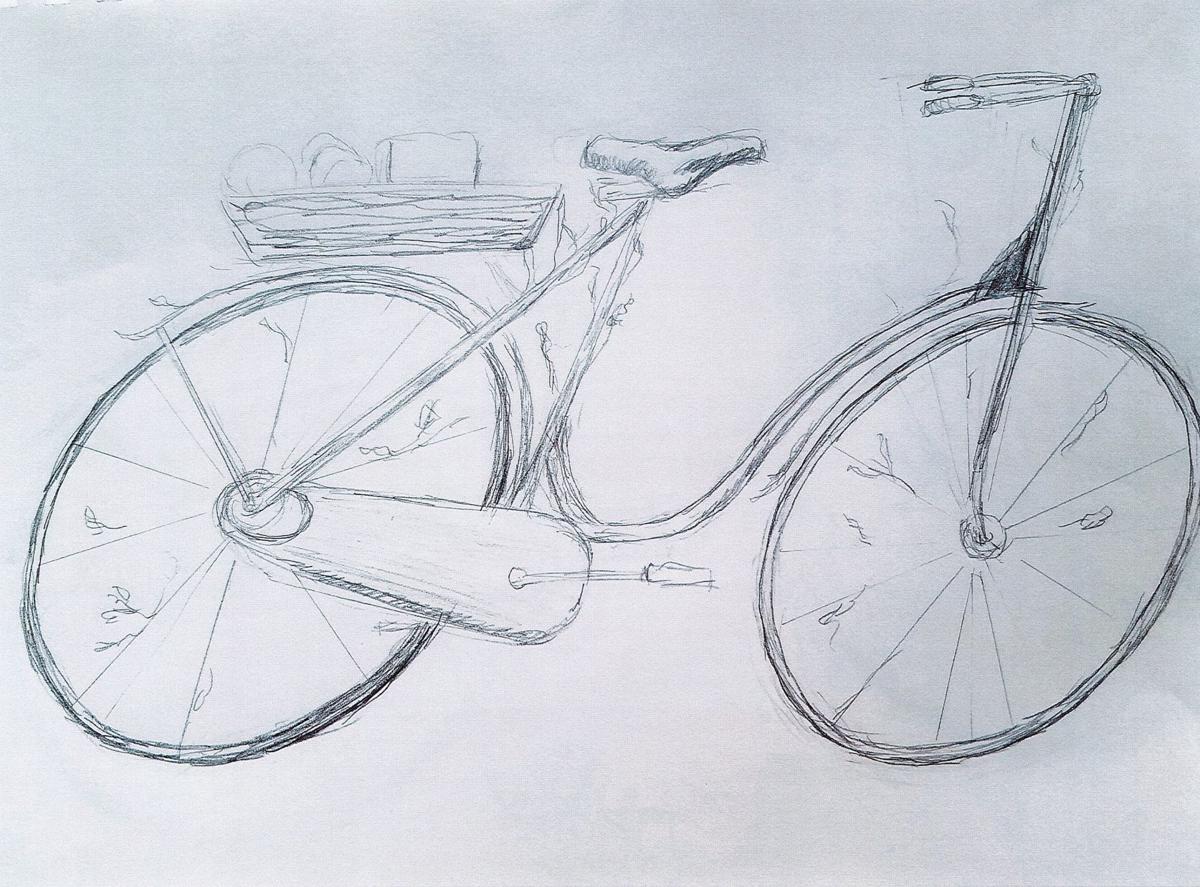 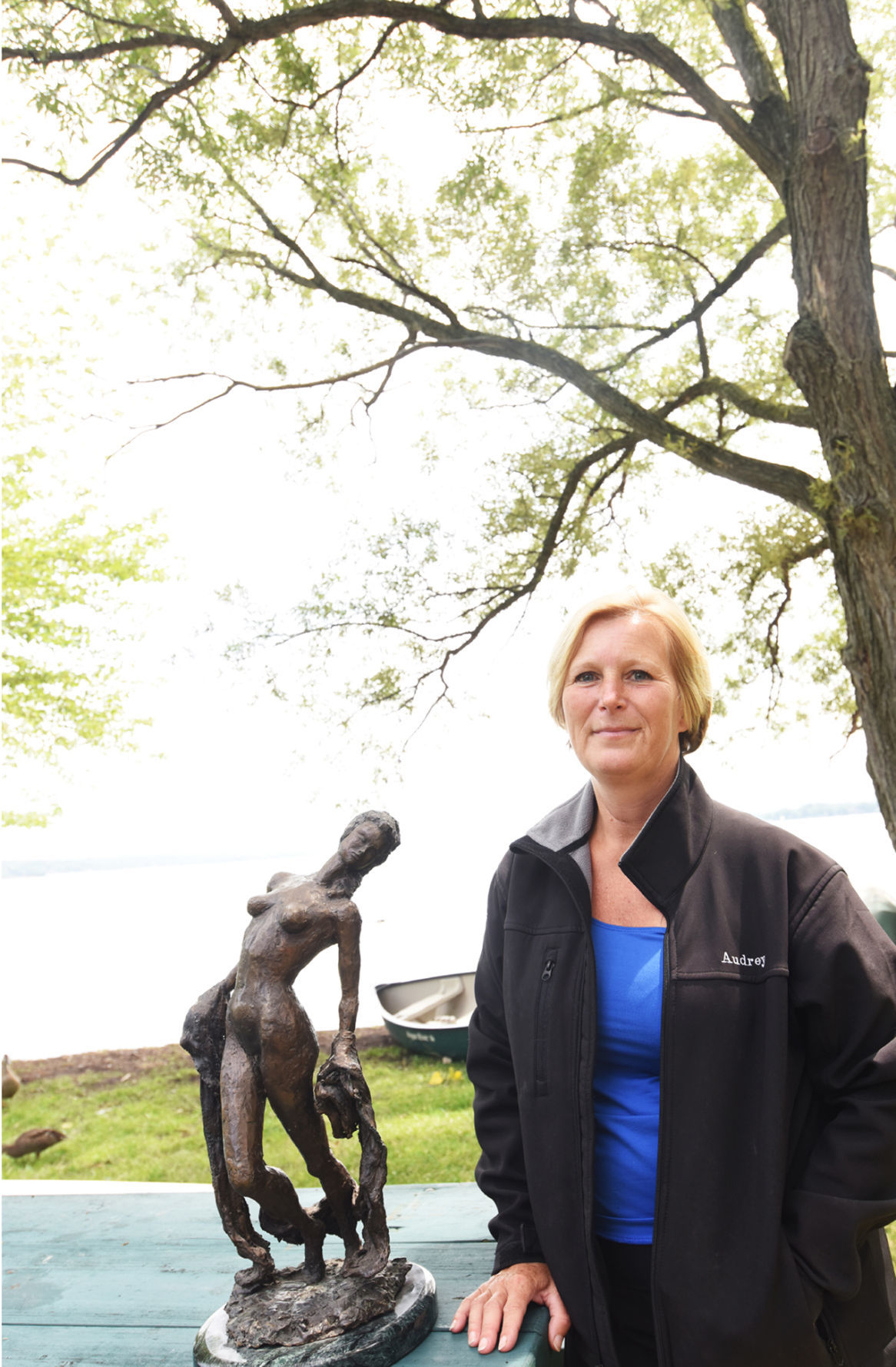 A new sculpture in downtown Auburn will link Harriet Tubman with the Owasco River Greenway Trail using a little-known detail from the iconic abolitionist's history.

"Harriet Tubman: Life Cycle of a Freedom Fighter" will consist of three metal bicycles located in Freedom Park, the small plaza at the corner of Dill and North streets.

The sculptor, Audrey Iwanicki, of Auburn, said each bicycle will represent a different period in Tubman's life. The first will be wrapped in a thick, padlocked chain, representing slavery. The second will see the chain broken, the wheels leaning forward and a basket emerging, representing escape. And the third bicycle will lean forward even more, with its basket filled, representing freedom.

The frames of each bicycle will be made from metal rod that resembles tree bark, Iwanicki said. Buds will sprout from the frame in the second bicycle, and become abundant growth in the third. That theme of the sculpture will extend to new plantings in the green spaces of Freedom Park, Iwanicki continued. They will consist of strawberries and other items Tubman might have grown in Auburn.

"So it becomes kind of a living tribute to her," the sculptor said.

Iwanicki submitted an application for the sculpture to the Auburn Public Arts Commission in September, and has since received approval, she said. She's now waiting for funding to begin work.

'Creating something real': Auburn sculptor's work to be featured in Seneca Falls gallery

The sculpture, which has a budget of $25,500, will be supported by $20,000 from the city's $10 million Downtown Revitalization Initiative state grant. The grant allocated a total of $285,000 to public art projects that will be sponsored by the Auburn Downtown Business Improvement District. So Iwanicki is waiting for the district to receive the necessary paperwork from the state, she said.

The remaining $5,500 for the sculpture comes from a 2017 effort by the Harriet Tubman Downtown Memorial Committee to raise money to commission a bronze statue of Tubman in the city. But after the Cuthbert family donated the money to build the statue at the New York State Equal Rights Heritage Center, the committee found itself without a cause, said Iwanicki, who is one of its members.

At first, the committee planned to use the money it had raised to improve Freedom Park. But during a discussion, Iwanicki said, the idea of a new bicycle sculpture gained momentum. Tubman was known to ride one around Auburn, and the park is located along the Owasco River Greenway Trail, a new 12-mile riverside path cyclists can travel from Emerson Park to Wadsworth Park.

"Bicycles were a big part of the women's movement because it gave them a freedom they didn't have before," she said. "It was so new and happened so fast that society didn't know how to police it."

Iwanicki, who in 2010 created the "Wheel to Reel" sculpture on Exchange Street that honors sound-on-film pioneer Theodore Case, said "Life Cycle of a Freedom Fighter" should take six months to a year to complete. The first half of that she'll spend fabricating the sculpture in her work space at Image Agent on Osborne Street, and the second half will entail site preparation and installation.

Once installed at the north end of Freedom Park, the life-sized bicycles could become a popular spot for photos, Iwanicki said. People will be able to sit on them as well.

"We hope people come out and see it and utilize that park more," she said. "We're hoping to make it a really pleasant place to be."