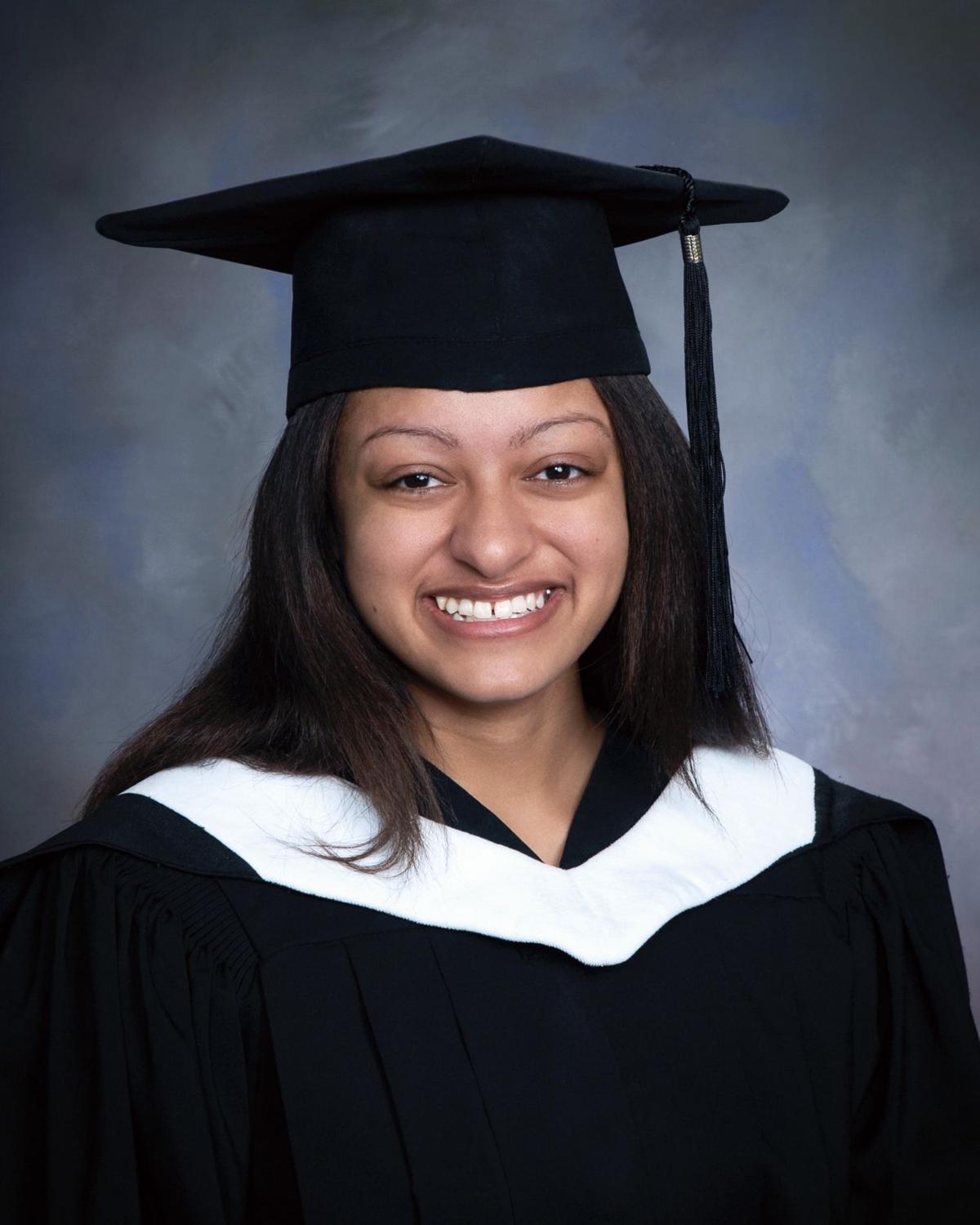 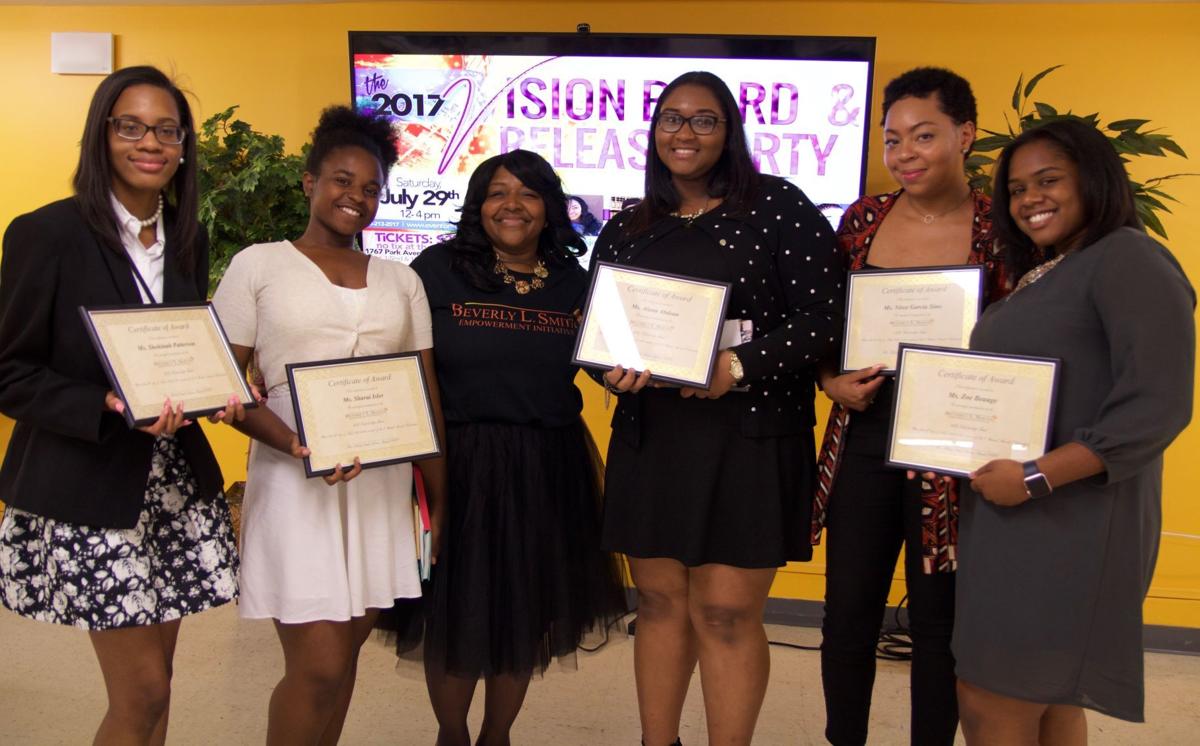 Beverly L. Smith Empowerment Initiative CEO and founder Melody Smith Johnson, center, stands with some of the young women who have been helped by the nonprofit organization in 2019.

Craven, a senior at Wells College, is one of six young women of color who will graduate college this year with the support of the Beverly L. Smith Empowerment Initiative.

Founded by Johnson five years ago and named after her mother, the nonprofit initiative connects young women of color with the financial and other resources that often prevent them from fulfilling their potential. It has granted more than $70,000 in college scholarships to students in New York and New Jersey, Johnson told The Citizen, and will grant another $14,000 for the 2021-2022 school year.

For Craven, however, those other resources have been every bit as helpful as the money. During COVID-19, especially, she's drawn strength from the constant encouragement that Johnson provides.

"She's always behind us with her hands on our backs," Craven told The Citizen. "We know if we start falling she's going to catch us. No amount of anything can be more important than her support."

Craven graduated from Auburn High School in 2017. She believes it was the publicity for her scholarships — she received about 15 — that got the attention of "Miss Melody," as she calls Johnson.

Regardless, Craven was invited to become part of the Beverly L. Smith Empowerment Initiative as she prepared to major in psychology, with an early childhood education minor, at Wells. She hopes to become a school psychologist after continuing her education by earning a master's degree at Alfred University or the Rochester Institute of Technology.

The initiative grants each of its students $1,000 per year of college. But the material support it provides isn't limited to that number, Craven said. When in need, she's received financial assistance with her books and her car. The latter was important to her internships, as was the professional clothing she received through a drive the initiative held at Auburn Public Theater in 2019. Craven wore it to Cayuga-Onondaga BOCES, where she worked in the Child & Adolescent Day Treatment Program of Cayuga Counseling Services. She interned at the Booker T. Washington Community Center as well.

Without the drive, it would have been hard for Craven to afford the clothing she needed for the Cayuga Counseling Services internship. Raised by a single mother, she doesn't come from money, she said.

But just as important as the clothing itself was the message behind it, Johnson said. Like the scholarship funds and other support for the initiative, the clothing was donated by the community.

"What's really important is for these young ladies to know there's a community behind them," she said. "It gives them a push and lets them know they can make it."

Several private donors have supported the initiative during its five years, Johnson said. It has also received support from Wegmans, Gwen, Inc., The Muldrow Group, Auburn Public Theater and more.

That support sometimes goes to the students themselves in the form of mentorship, networking and other resources. But, for Craven, Johnson has been the biggest mentor, both answering and asking questions as the situation demands. She asks the student what she needs, what would be best for her — the kind of involved, nurturing questions that have made Johnson "like family now," Craven said.

Since the COVID-19 pandemic began in the U.S. a year ago, Johnson has continued mentoring students in the initiative closely. She just has to do more of it by phone, she said with a laugh.

"We need to celebrate the past and say to the future that this is what we want, and we're not going to give up until we get exactly what we think we should have."

Many of those students have struggled with the pandemic, she said, as it has been particularly disruptive for young women of color. The demographics of their campuses are often different from those of their hometowns, so abruptly switching from one to the other can be stressful. In the process, some lost access to their college library, or their own room to study.

At the same time, renewed attention to racial injustice in the wake of the police killings of George Floyd, Breonna Taylor and others has been an additional source of stress.

"Everything is exacerbated in reality or in the hearts of these young people," Johnson said. "The climate of systemic racism and bias has shown its ugly head in this country, and they're feeling it."

So despite being "extremely self-motivated young women," she said, some of the students in the initiative have seen their grades drop over the last year. She also regrets that they haven't been able to get together with each other, as well as family, supporters and the initiative's board at its traditional ceremony at the end of the school year.

Craven has felt that disruption as well. Though classes at Wells have mostly continued in person, campus life is still not close to normal.

With a mentor like Johnson, however, she's still ready to face whatever the future holds.

"Pursue your dreams no matter what the challenge. Don't do yourself the disservice of not pursuing it just because you think you can't," she said. "Reach out and find mentors like Miss Melody."

OK. So technically, Owasco Lake didn’t flood during the week of Aug. 19. According to the National Weather Service, flood stage for the lake, …

Beverly L. Smith Empowerment Initiative CEO and founder Melody Smith Johnson, center, stands with some of the young women who have been helped by the nonprofit organization in 2019.