Be honest. Some of us started our Christmas shopping months ago. A defiant few were even singing Christmas songs or putting up their decorations the day after Halloween. Today may be the first Sunday of Advent (that time in the church calendar when Christians light their candles and prepare for joy that has yet to arrive), but most of us would prefer it if Christmas Day just hurried up and got here.

Personally, I can't blame the world for wanting to rush ahead to Christmas. Christmas is happy. We open presents and sing carols. It's when all that we've been hoping for becomes reality: The Christ child is born and we are saved. Living through Advent, on the other hand, is tough. The nights grow longer, darker, and each day, the manger is still empty.

Mary, mother of Jesus, must have felt the same way, as she waited for God's promise to be fulfilled. When the angel first appeared to Mary, she was an unwed teenage mother, living in the rural hills of Palestine. God's promise to bless her and to change the world through her probably sounded like a cruel joke. The world she saw wasn't changing. The religious elite still snubbed people like her. The Roman Empire still ruled with iron and shield. The poor were still hungry, and the rich still didn't care.

All she saw were ruins. There are a lot of things in ruins these days. Every day, I pray with people facing cancer, job loss, family crises, depression and just plain weariness.

We look out and see loved ones slipping away because of illness or age. We see a church, once full and bustling, now empty and captive to fear. We see a democracy in crisis — and a world enthralled with greed and power, consumed by violence and poverty, unashamed of its objectification and assault on women, held under the dominion of racism and bigotry.

We may ask why we were born into such times. We may wish that we could go back to the time when we were innocent of this grief — or maybe just rush ahead to the happy ending of Christmas.

Karl Marx once described Christianity as an opium of the people, meant to dull our senses to the pain and injustice around us, to blunt the sharp uncertainty of Advent. And perhaps he would be right if the Bible did indeed rush to Christmas (and later to Easter). But Marx was wrong. Because what we see in Mary is no cowering servant to illusion. We see a woman who does not retreat but meets the reality of life head-on. In her song, she tells the story of struggling people, and of a God who — far from whisking them out of reality — plants them squarely there, amid the ruins, that they, like relentless roses through cracked stone, would push, push and push until those ruins are rebuilt and God is visible to all.

God tells Mary that she was made for such a time as this. Appointed, anointed, called — she is the prophet of a God who does not give up. The prophet of Advent, without whom there would be no Christmas.

And so she praises God, even when there's nothing yet visible to praise. She sings, even when there is no song to be had, because she sees the world not only as it is, but also as it can, and will, be.

A world of mercy, where God scatters the proud and brings the powerful down from their thrones, where God lifts up the lowly and fills the hungry with good things. A world where ruins become the seat of God's glory. Where the unwed pregnant girl becomes the mother of God.

Mary fights for this world. And not just her, but every worshiper in every empty cathedral, every man who won't stop praying, every person who won't stop loving, every first responder who plunges in, every caretaker of the aging and dying, every refugee at the border, every woman declaring "Me too" — all Emmanuel, Jesus coming to us. The heralds of Advent.

Let us sing like Mary. Let us sing our Advent song and not rush to Christmas. We are the poets and makers of tomorrow. We are the shepherds telling everyone, the mother singing, the angel announcing, the child leaping, the star pointing: God is coming.

We are the eyes through which God looks hope upon these ruins.

The Rev. Patrick David Heery is the pastor of Westminster Presbyterian Church in Auburn, and the former editor of the Presbyterian Church (USA)’s denominational magazine, Presbyterians Today. A graduate of Princeton Theological Seminary, Heery lives in Auburn with his wife, Jenna, and their two dogs, spending much of their free time hiking the countryside.

WHAT: Advent worship featuring mini-pageants and a cantata telling the Christmas story

A Weedsport native has been elected president of the board of directors of the National Rural Water Association.

Westminster Presbyterian: God, the church family, and how they help when your husband dies

My husband passed away in 2021 after 56 years of happy marriage. For most of my first year of widowhood, I was dominated by loneliness and fea…

Curley's comeback: Inside the historic Auburn restaurant reopening this week

This week, families across the country will take on the challenging task of feeding and entertaining large numbers of guests who range from th…

Auchampaugh: The talented ladies of Owasco

On Oct. 23, I went to a quilt show at the First Presbyterian Church on South Street in Auburn. The pews in the sanctuary were covered with ove…

High protein breakfasts that will keep you full

How much should you have in your bank account to retire comfortably?

How much should you have in your bank account to retire comfortably?

Why cats love to sit on laptops

Why cats love to sit on laptops 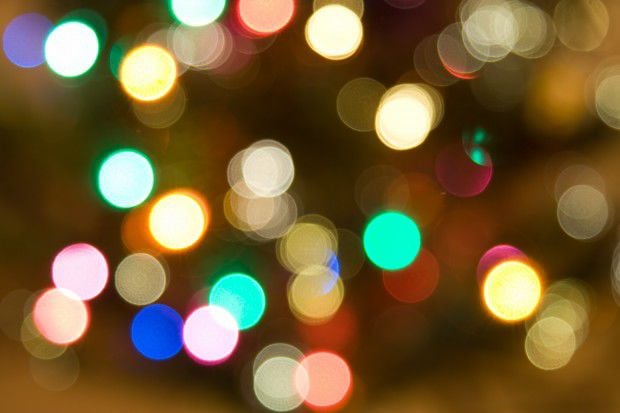