Easter has become such a sweet holiday that we often forget its grief. The women who loved Jesus and saw him die come that morning to perform one final service. They come expecting him to be exactly where they left him. (Dead bodies usually are.) At the tomb, however, a young man tells them, “He’s not here.” He’s alive and somewhere else.

They flee and tell no one. “For they were afraid,” Mark says. All of the earliest manuscripts end Mark’s Gospel here, in silence and fear. We never even see Jesus.

It’s a really awful ending! Which is probably why you almost never hear this version in church. In fact, it’s so dissatisfying that scribes refused to accept Mark’s cryptic conclusion and instead added better endings.

I like it, though. It’s honest. When Mark wrote this, his people were experiencing the trauma of the Roman armies killing thousands of Jews, persecuting Christians and destroying the temple. They expected Jesus to show up and save them, and he didn’t.

Who among us has not at one time or another arrived at a place or moment and heard those same words: “He is not here”? We pray, and hear only silence. Something bad happens, and God’s nowhere to be found. We think we know God’s purpose for our lives, only to get there, and have it all fall apart.

Jesus is not where we expect him.

You hear, for instance, people’s passionate profession of faith among churches, and you think: Surely, Jesus is here. But then you see the same turn around and talk meanly about others, neglect their families and communities, push hate onto our LGBTQ children, cage and separate immigrant families, laugh at racist jokes and justify violence against people of color, hoard wealth and endorse policies that trample the poor, and you realize: Jesus isn’t here.

You hear the certainty of doctrine, but then you see that its God is far too small for the majesty and mystery of this existence, and you realize: Jesus isn’t here.

You hear the power of worship, but then you see that it’s been reduced either to entertainment or to a mere intellectual exercise, with few ever allowing worship to penetrate their souls and change them, and you realize: Jesus isn’t here.

But if he’s not where we expected him, then where is he? That’s the Easter question.

Mark tells us. The young man who told the women, “He is not here,” goes on to say, “He is going ahead of you to Galilee.” He’s where he first called these disciples, and they left behind their old certainties and followed him into the unknown. He’s in a place of wilderness trials and healing the sick and feeding the hungry and proclaiming love and teaching the mysteries of God.

Throughout Lent, our women’s spirituality group, Refresh, looked for Galilee by keeping a “God sightings” journal. They sat at Auburn Community Hospital, watching as nurses patiently, kindly, tended to the wounds of others, risking themselves, and they said: He is here.

They savored every morsel of food another had prepared for them, and they said: He is here.

They watched a child growing and learning in her faith, and they said: He is here.

They went to funerals and witnessed a people caring for one another in their grief, singing hope and resurrection, and they said: He is here.

They held a newborn child, just home from the NICU, where others gave him breath when he had none to give himself, and they said: He is here.

Where is Jesus? He’s out there. He’s not waiting for us to figure out the answers; he’s got work to do, people to love, good news to share, growth to inspire. And he invites us to join him there. That’s why Mark ends his Gospel on such an incomplete note — because he knows that the story isn’t over. Jesus’ resurrection isn’t the end. It’s the beginning. God isn’t done yet.

We don’t find Jesus. He finds us. He finds us wherever people are gathered to love with reckless vulnerability, to worship with awe and wonder, to grapple and grow together with mystery, to encounter God in the daily stuff of life and in people different from ourselves. He will find us whenever we leave the tombs of our expectations behind, and dare the road ahead.

Rev. Patrick David Heery is the pastor of Westminster Presbyterian Church and the former editor of the Presbyterian Church (U.S.A.)’s denominational magazine Presbyterians Today. A graduate of Princeton Theological Seminary, Patrick lives in Auburn with his wife, Jenna, their son, Emerson, and their two dogs, spending much of their free time hiking the countryside.

What household items need cleaning everyday and what can wait

It seems as if we were just thinking through our summer plans, and it's fall in the blink of an eye. 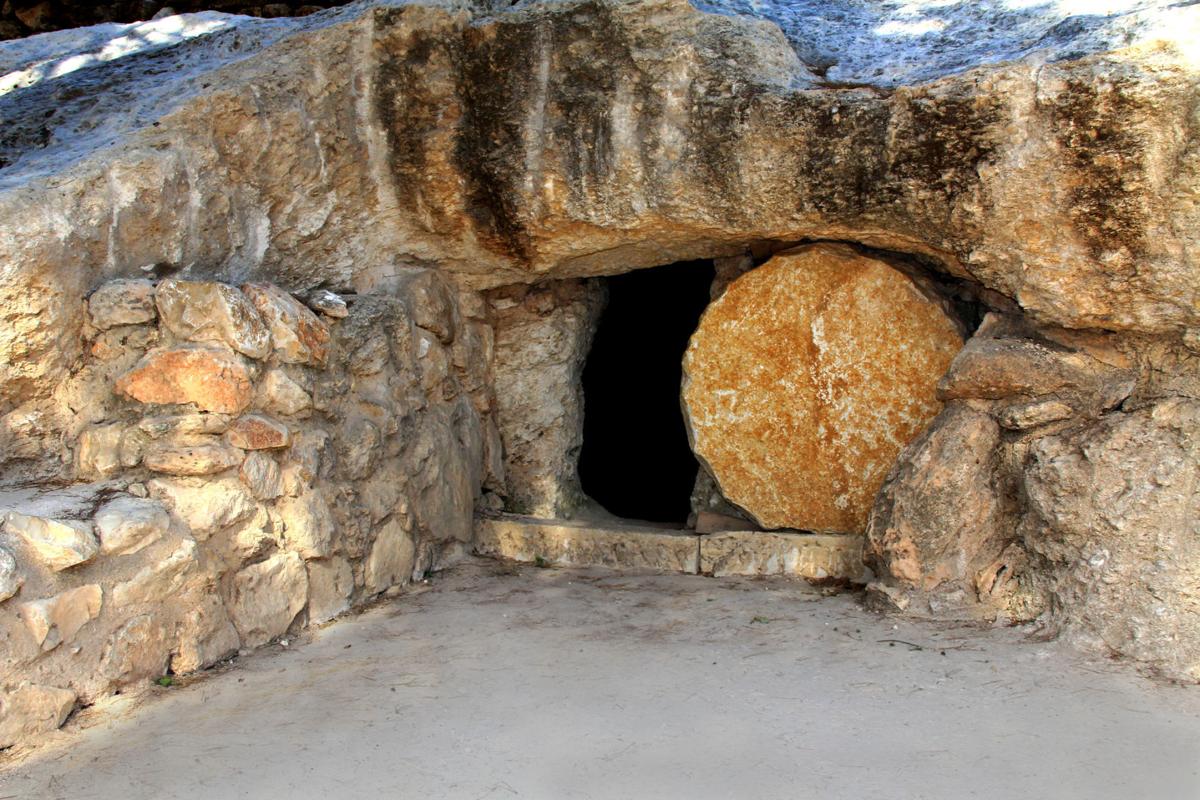 A replica of the tomb of Jesus in Israel.