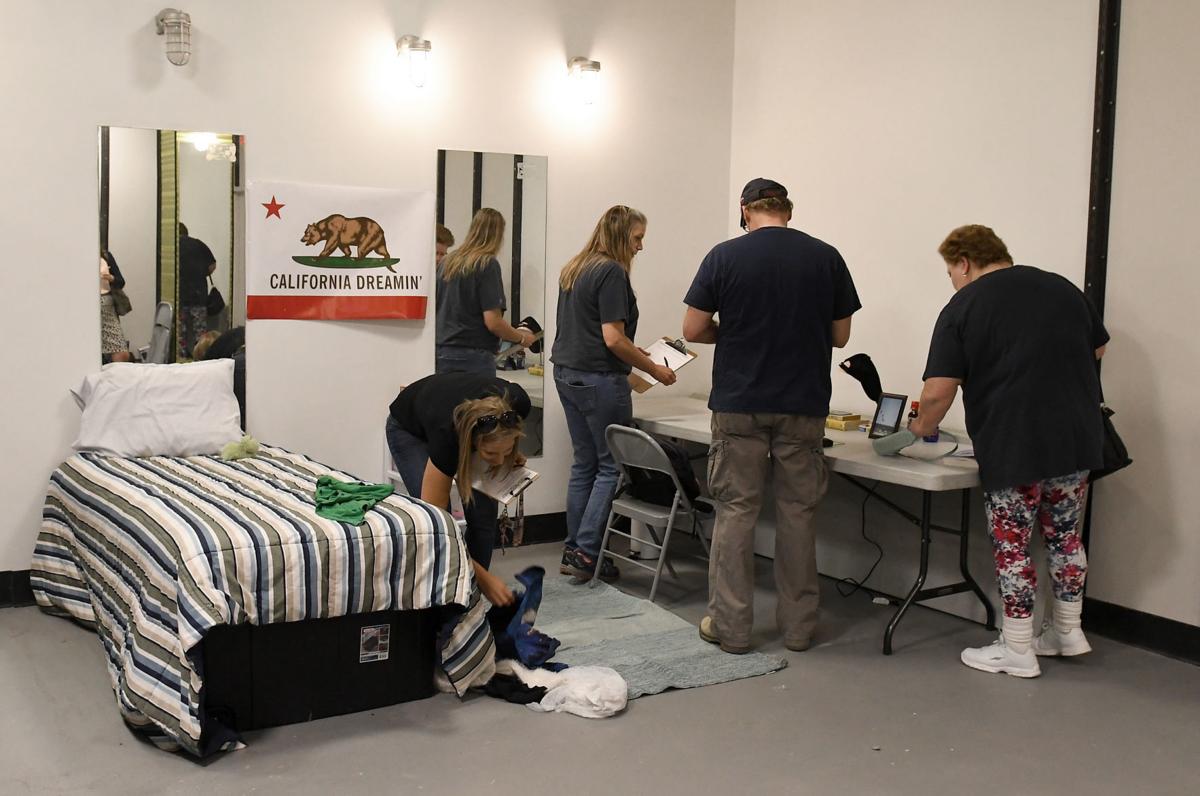 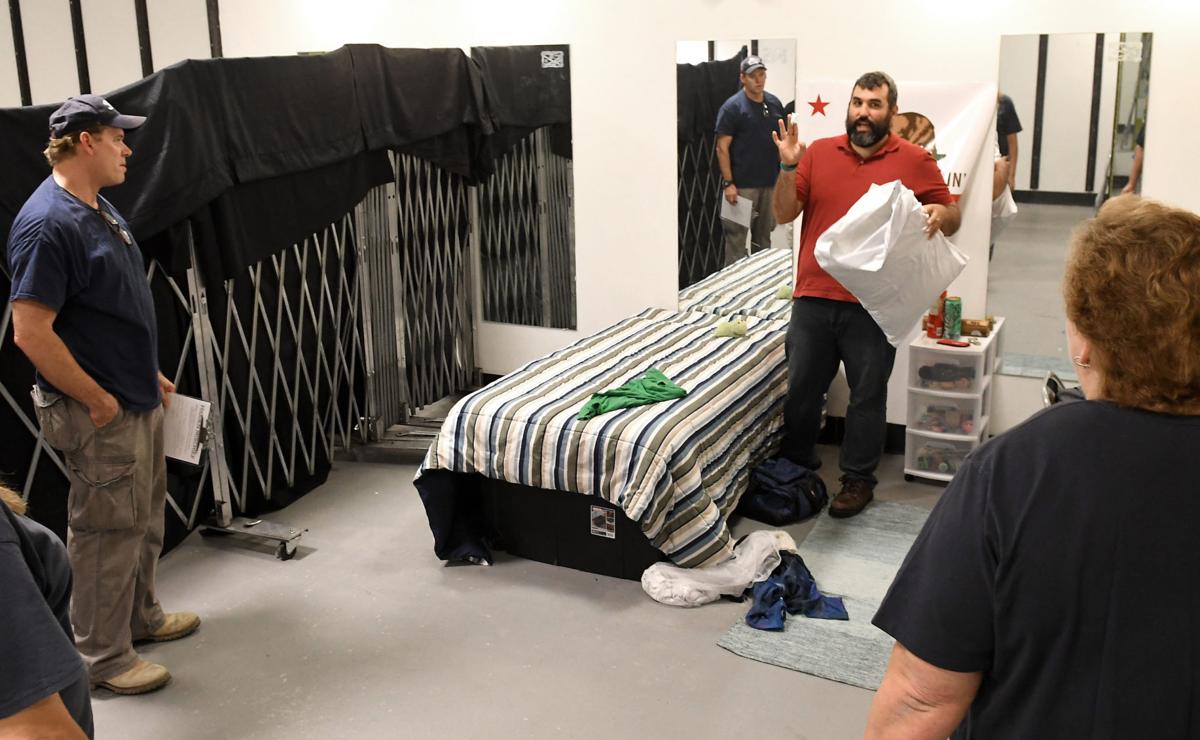 AURELIUS — You only have four minutes to confirm or deny your suspicion.

You’ve tried to talk with your child about drug and alcohol use, but conversations haven’t been enough. So you decide to take a peak in their room. Do you know what to look for?

Parents and adults were presented this dilemma Thursday night at a “Hidden Mischief” event presented by the Prevention Network and hosted by the Cayuga County Drug Free Community Coalition at Fingerlakes Mall. The Prevention Network set up a model bedroom with over 50 hidden drug and alcohol paraphernalia items that may be indicators a child or teen is using drugs or alcohol.

Elizabeth Toomey, the team coordinator for prevention education at Prevention Network, encouraged parents to have conversations with their child before searching through their room. But she explained that the simulation was to prepare them in the event that they might need to. She asked guests to imagine that their teen just hopped in the shower, and she set a timer for four minutes to allow them to search.

The first handful of adults to go through the simulation Thursday entered the model bedroom with clipboards to note the items they might find. Then they began hunting.

Some opened drawers, looked under the bed, peaked behind posters on the walls, and shook out piles of dirty laundry. Others dug through backpacks and duffel bags, shook water bottles and flipped through the pages of books.

When the time was up, one participant told Toomey she found 16 items. Toomey said that at the last "Hidden Mischief" event Prevention Network held, people found an average of 12 items.

Following the search, Kevin Trease, a Prevention Network prevention educator, sat the adults down as he revealed and explained most of the objects hidden in the room. While some signs of drug use were more obvious, such as empty bottles of alcohol hidden under the bed, others were harder to spot. Small baggies of drugs were hidden nearly everywhere: taped to the bottom of rugs, hiding inside stuffed animals, wallets and pillowcases, and behind art on the wall.

An even more subtle way that teens are hiding drugs these days, Trease explained, is a stash can. In the model bedroom, there were more than three different stash cans alone — one posed as a can of Pringles, one an Arizona iced tea can and another a disposable plastic water bottle with a typical blue label in the middle. The stash cans look just like the real products, with the same logos and nutritional information and all, Trease said. The difference, however, is that all of these objects unscrew at a discreet seam and reveal a secret compartment inside where teens can store drugs. Although they're often marketed for hiding jewelry or money, Trease noted that most of the time, stash cans also come with small, smell-proof bags inside.

A typical soda can may also have a drug-related purpose, Trease explained as he pulled a dented can from the bedroom's trash. He said that by simply poking a few holes in a can and denting it, a teen can make a homemade pipe. You can put marijuana, for example, over the holes where the can is dented, light it and then smoke through the can’s opening.

Another item Trease warned participants about children hiding in the trash were tampons. He explained that the trend of soaking tampons in alcohol and inserting them is resurgent — and dangerous, as the alcohol goes directly to the user’s bloodstream. Another way teens are accessing alcohol is by making what they call “purple drink,” Trease said. Purple drink is often a combination of NyQuil, or another cough medicine, with soda and candy to mask the bitterness.

Toomey added that an obsession with the color purple may also indicate that a teen is a user of purple drink. Something Prevention Network has discovered recently, she added, is high school students who paint just a particular fingernail purple to signify to others that they are a user.

Plenty of other paraphernalia was scattered throughout the simulation room: rolling papers easily hidden among mascara or markers, a computer mouse that doubles as a drug scale, a silicone Pokémon ball that splits in half to make a bowl for dabbing marijuana, and a bracelet that conceals a pipe. Toomey explained that she was excited to see sailor bracelets, popular when she was a young girl, regaining popularity recently. But then it came to her attention that what looked like a bracelet could turn into “a one-hit pipe” when unclasped from a teen’s wrist, she said.

"We don't want to overwhelm people," Trease said as he finished revealing the 59 drug- or alcohol-related objects hidden in the room. He explained that it’s unlikely any one child would have so many different hiding techniques, but the goal of the simulation is helping parents become aware of all the potential indicators for which they can keep their eyes open.

About 20 adults went through the room simulation on Thursday. JoLynn Mulholland, the project coordinator of the Drug Free Community Coalition, explained that since this was the first time it has hosted Prevention Network’s “Hidden Mischief," the coalition hopes to get feedback and hold more events in the future.

Although he hasn’t had any issues with his two teens, John Danczak, of Auburn, said he attended the event because he thought it would be a good learning opportunity.

"I thought it was very enlightening. … I wish there was a little more time," Danczak said, explaining that he previously felt uninformed and even naïve to the drug use culture among young people.

"I wish more people were here to see this," he added.​

Cosentino: The fairest village of them all

CAP Cayuga/Seneca: Help your neighbors rise out of poverty

The very definition of poverty, measured in economic terms, cannot truly define its complexity or paint an accurate picture of what it means t…

WOOD, Mark Allen, 60, of Port Byron, passed away October 4, 2021. Calling hours and services will be held at a future date and time that will …

Fall. A time for apple picking, visits to pumpkin patches, football games and gatherings of friends and family. Until COVID-19, fall was also …

The difference between green and orange antifreeze

The difference between green and orange antifreeze

Gen Z and Millenialas are at higher risk of loneliness

Gen Z and Millenialas are at higher risk of loneliness

How Gen-Z is doing their holiday shopping this year

How Gen-Z is doing their holiday shopping this year