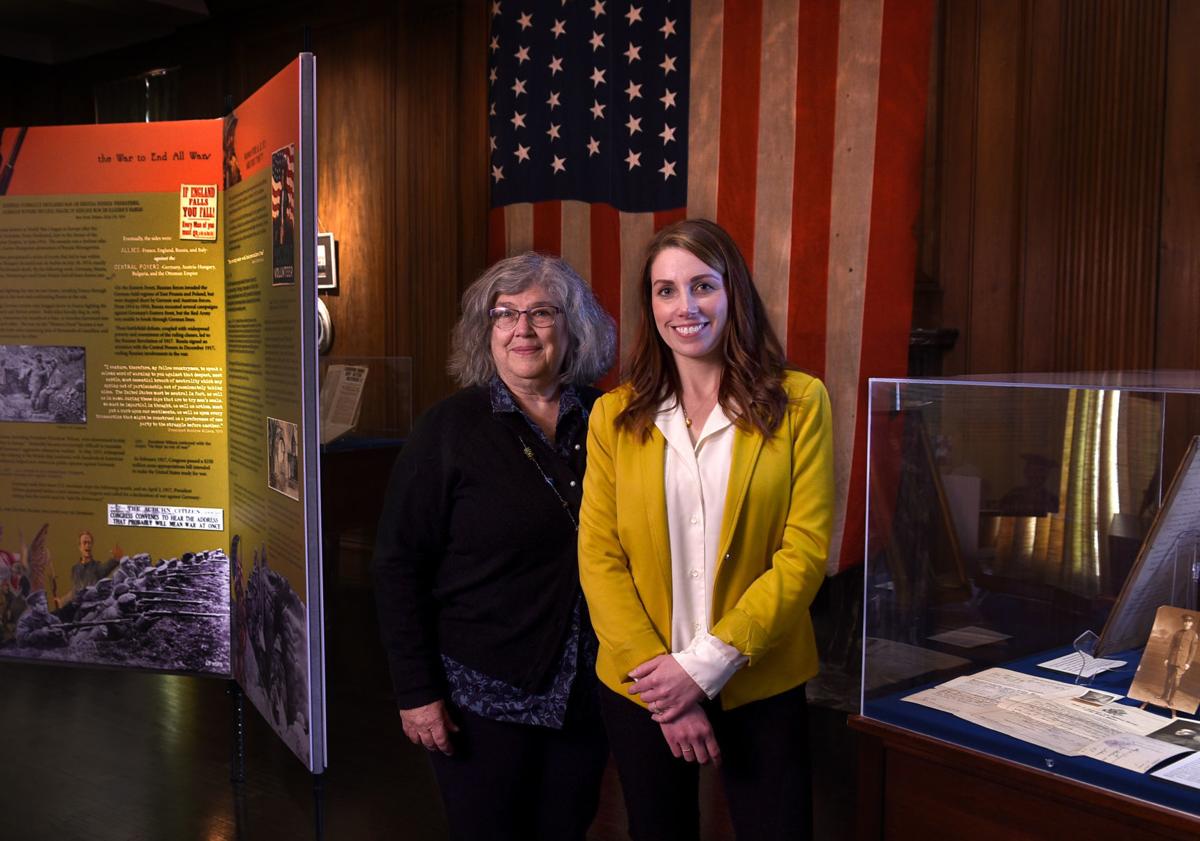 Curator Kirsten Wise, right, is succeeding Eileen McHugh as executive director of the Cayuga Museum of History & Art in Auburn. 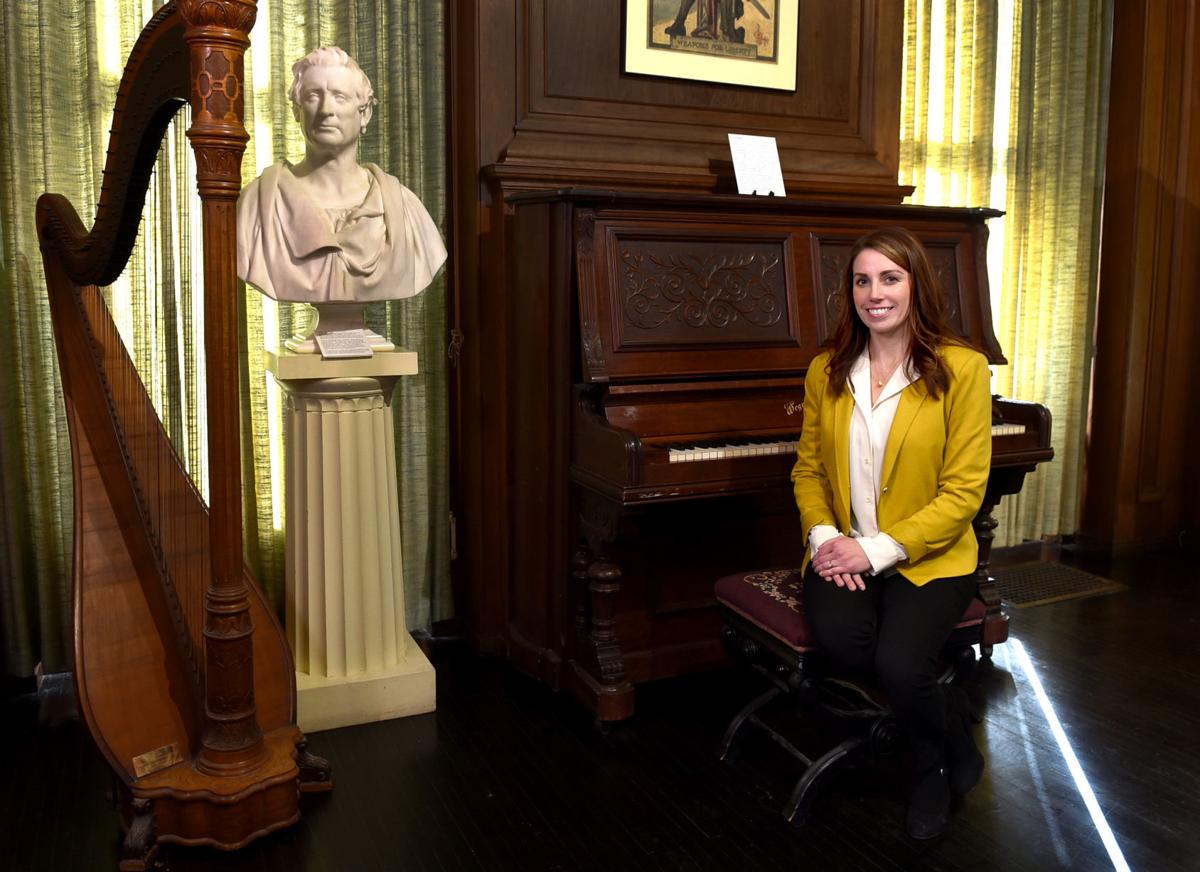 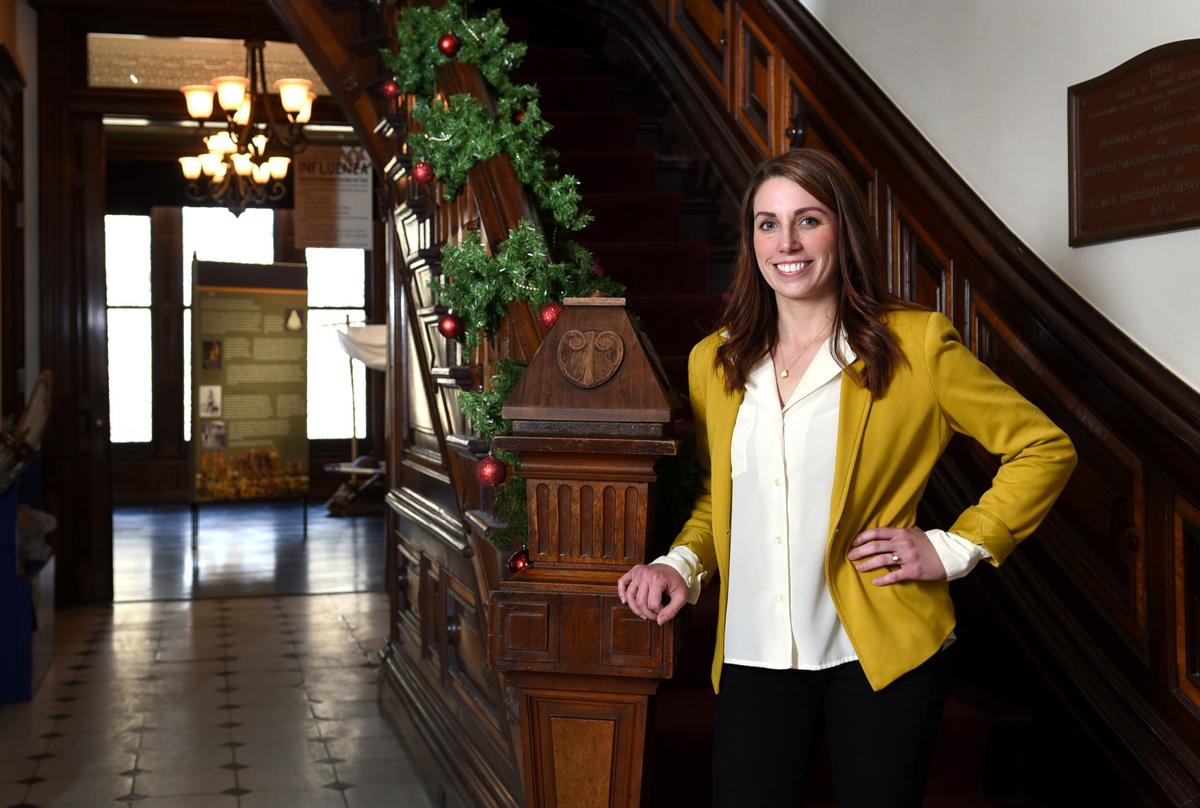 AUBURN — For the Cayuga Museum of History & Art, a new executive director isn't just a transition. It's part of a greater transformation.

The museum's curator of five years, Kirsten Wise, will succeed Eileen McHugh, its executive director of 18, at the end of the year. And just days before Wise officially takes the helm at the historic site that is the former Willard-Case Mansion, she received some momentum in the form of a $53,700 award through the Central New York Regional Economic Development Council. The money will support the commission of drawings by a preservation architect for the stabilization and rehabilitation of the Case Research Laboratory behind the mansion, Wise said.

"It's huge for us," she said at the museum Wednesday. "This seemingly small award, to us, is the catalyst for so much change in the future."

WHAT: The Cayuga Museum of History & Art, featuring current exhibits "1918: A Century Ago" and "CNY Emerging Artist Project: Loren Bartnicke"

COST: Admission $6 adults, $5 seniors and free for members and children younger than 12

It's not the only momentum for Wise and the museum: Its plans to create an arts campus with neighbor the Schweinfurth Art Center is up for part of Auburn's $10 million Downtown Revitalization Initiative grant. The campus would further integrate the two institutions with new landscaping, signage, walkways and more, and the laboratory project could plug into that project well, Wise said.

With even more funding, she said, the laboratory where Theodore Case invented sound-on-film technology will eventually become the site of a world-class exhibit. When it does, she continued, the Cayuga Museum will see a shift: The Case Research Laboratory will become its main destination, and the local history and art exhibits in the mansion will become extras. As McHugh noted, the Case story is the community museum's claim to international fame. So shifting its focus to his laboratory is a natural next step for the museum under Wise's leadership.

What also makes that step natural for her is the pattern of "incredible" work McHugh oversaw during her 18 years at the museum, Wise said. When McHugh arrived in 2000, the upstairs gallery had no walls, just exposed plaster and lathe still sporting damage from the fire there in 1973. The attic had one light bulb, Wise said. And not only has McHugh overseen the rehabilitation of both areas, but also the third major structure on the property: the Carriage House Theater. Ten years and $400,000 later, the 70-year-old theater is a space for live music, theater and more.

"The lasting impact of her tenure is bringing these buildings back to life," Wise said. "It's inspirational that she was able to do it."

McHugh counted that renovation work among her proudest accomplishments as executive director of the museum. She also looked back fondly on exhibits like "Becoming American: The Italian Immigrant Experience in Cayuga County" in 2017 and "Anglers All: A History of Fishing in the Finger Lakes" in the early 2000s. The latter exhibit, which included art, poetry and short stories inspired by fishing, taught McHugh more about fishing and its local historical significance than she could have possibly anticipated, she said. She's still asked whether she's an angler herself. (She's not.)

AUBURN — Two Auburn cultural sites are partnering on a project with goals of curb appeal, ac…

That enthusiasm for becoming an expert on new subjects is something McHugh shares with her successor. Working together by themselves for five years, they've also become very close, they said. That's why, as McHugh approached her retirement to Colorado, it was easy for her involve Wise in the duties of executive director, such as writing grants and making programming decisions.

"I think her ideas, her vision for the museum, is really great," McHugh said. "The museum is in great hands."

Those ideas have included food truck rodeos, interactive theater and the rotating exhibits of the CNY Emerging Artist Project, all of which have brought many new faces to the Cayuga Museum, Wise said. As executive director, she plans to continue bringing new types of programming to the museum, especially in the evening and at the Carriage House Theater.

Wise also hopes to shake up the museum's exhibits. She particularly has younger patrons in mind — patrons who've asked, as Theodore Case labored to put sound to film, why people didn't just watch TV. Wise believes reaching those patrons means deconstructing what it means to be a museum, or to host an exhibit. That means moving away from long passages of text to read on the walls, she said. It means giving traditionally unheard voices a presence there. And it means continuing the hard work her predecessor did for 18 years.

"I want the museum to be a vibrant, active part of the community," Wise said. "We've always been that, but we could do more."

The Cayuga Museum of History & Art is conducting an online survey. The New York Council of Nonprofits is working with the museum to provid…

Kirsten Wise is confident the Cayuga Museum of History & Art's newest permanent exhibit is something everyone can connect to.

Curator Kirsten Wise, right, is succeeding Eileen McHugh as executive director of the Cayuga Museum of History & Art in Auburn.