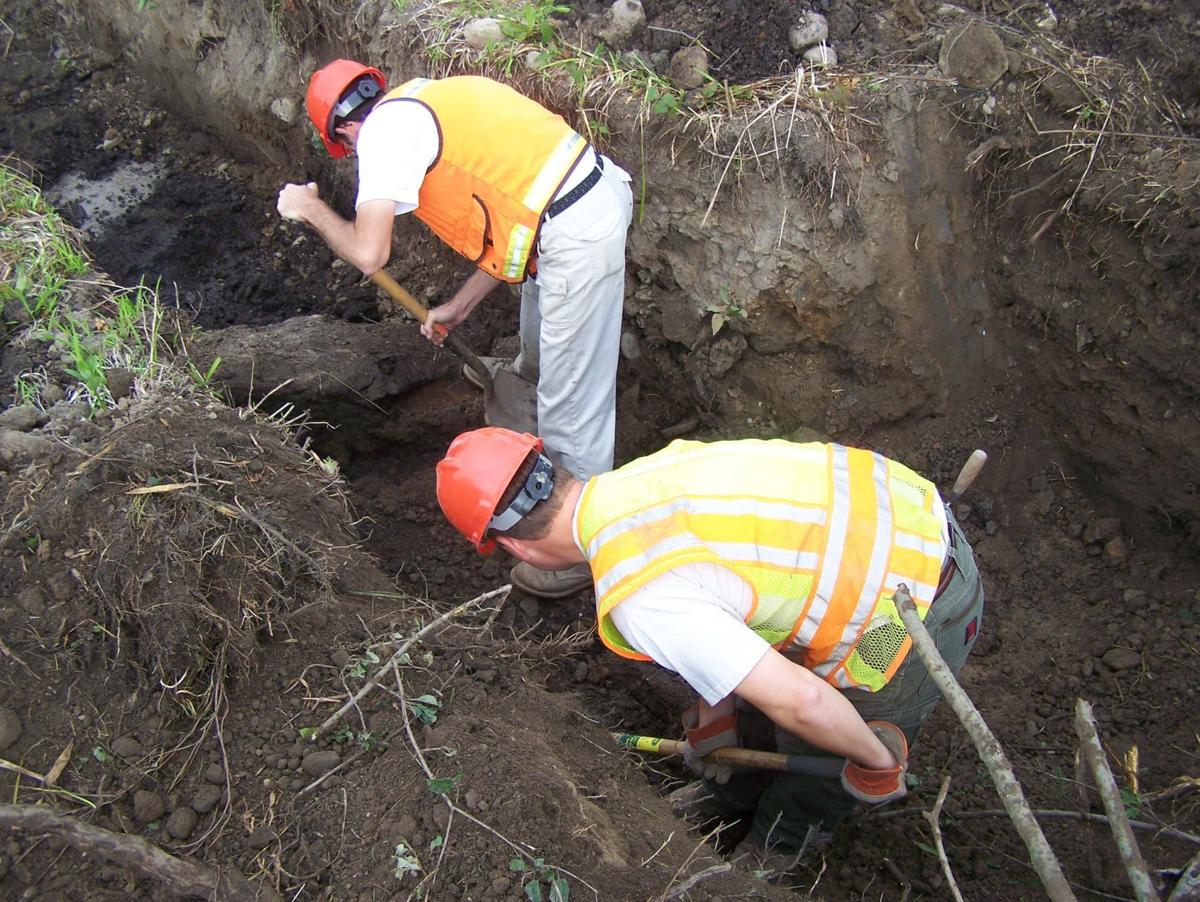 Workers with the Cultural Resource Survey Program of the New York State Museum excavate part of a corduroy road in Weedsport in 2008. 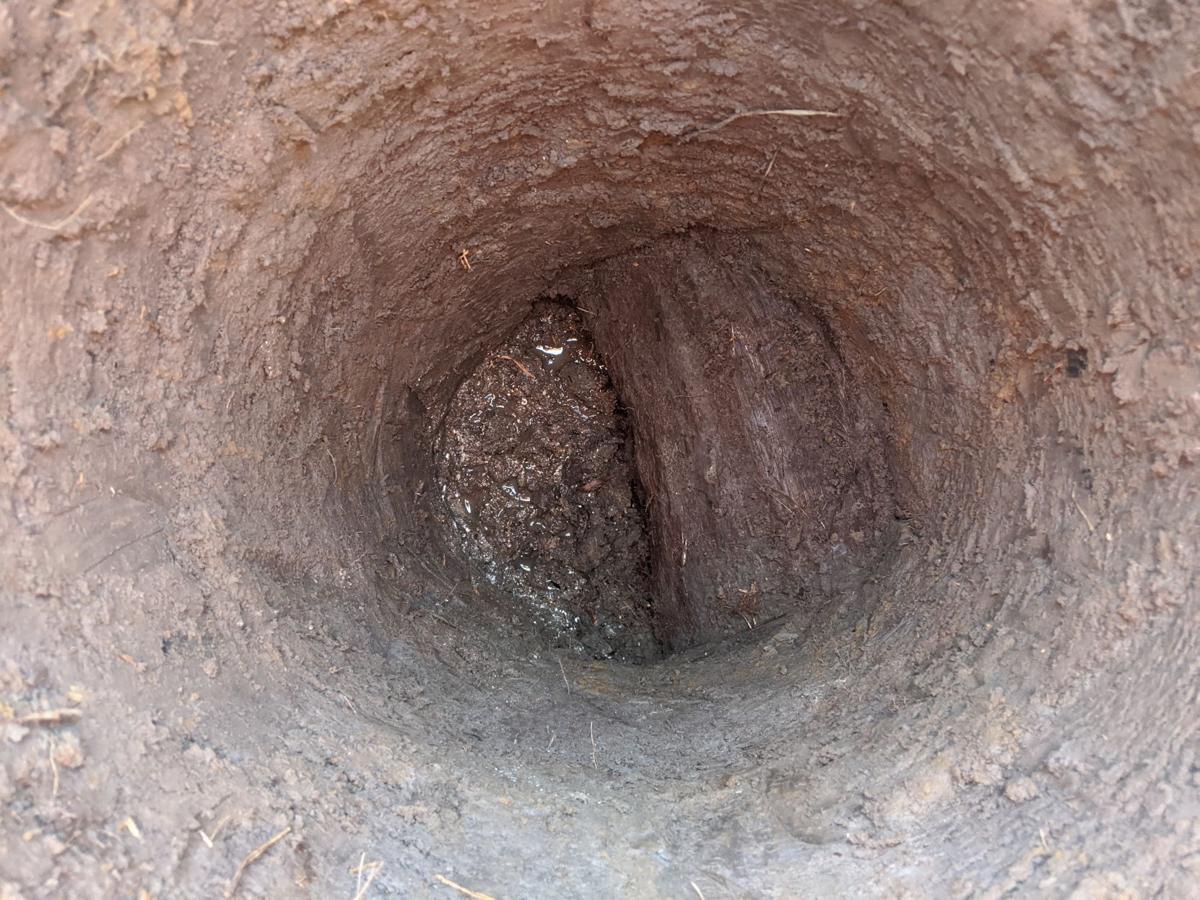 Before Route 34, before the Lehigh Valley Railroad and even before the wooden plank road from Auburn to Cato, a cluster of logs was used for wheeled passage through northern Cayuga County.

It's known as a corduroy road — and the New York State Museum provided information about it to The Citizen last week after tweeting Aug. 11 about an effort to locate more of it.

Archaeologists from the museum's Cultural Resource Survey Program discovered part of the road about a mile north of the village of Weedsport during a survey in 2008, the museum said. The survey was requested by the state Department of Transportation to assess any impact on the area around the Route 34 bridge over the Seneca River, which is slated for replacement in 2022-2023.

One of the shovel test pits that was dug exposed "intact wooden beams laying side by side," the museum said. They were buried 2.5 feet below the surface.

Initially, the museum believed the wood was from the Auburn-Cato plank road in use from 1848 to 1877. But after exposing additional parts of the road that were made of not planks but roughly cut logs, and dating samples of them using dendrochronology, the museum learned that the wood in the road was likely cut down between 1817 and 1818.

However, that aligns with reports of another road, the museum said, one constructed for $2,500 in 1817 to connect the cities of Oswego and Auburn. The road may have been constructed to help transfer cargo to and from the Erie Canal, as the first boats went through what was then called Weed's Basin in 1819, six years before the canal officially opened in 1825.

As early as 1829, the road was designated for stagecoaches. It took about 20 hours to ride from Auburn to Oswego, with Weedsport serving as a transfer station. Though maintained by local businessmen and other volunteers, the road was in bad shape, with the Auburn-Weedsport portion being described as so "intolerably bad" that it made passengers late for their ferries over the river.

Since being supplanted by the Auburn-Cato plank road in 1848, other remains of the road have been discovered at least once, the museum said. In 1967, well-preserved logs were found 5 feet under what is now South Seneca Street during a sewer project in Weedsport. The logs were flat on the bottom and round on the top, making the road ridged — like corduroy fabric.

The part of the road excavated by the museum contained another sign of corduroy road construction. Underneath the logs were lattices of small branches, which were commonly used to prevent such roads from sinking into the mud. That was a major risk of the roads, as they were laid in low, wet areas like the Seneca River, where dirt roads would be too muddy to traverse.

The wood used in the road was mostly ash, elm and hemlock, but also chestnut and birch. All were naturally present in the area, and corduroy roads were often made from what immediately was available, then covered with several inches of soil for protection from wear. Hemlock has been documented as a preferred species of wooden road construction in New York, the museum noted.

The portion of the corduroy road that the museum discovered in Weedsport covered an area about 400 feet long and 20 feet wide, it said. Aside from the samples removed for dendrochronology, the wood remains at the dig site. The museum is currently trying to locate more of the road, conducting shovel testing this summer, and will create a map of all remains for the Department of Transportation before it begins replacing the Seneca River bridge. If the remains can't be avoided, the department will consult with the state Historic Preservation Office to determine next steps.

HIT: To the return of children to school buildings this week.

Workers with the Cultural Resource Survey Program of the New York State Museum excavate part of a corduroy road in Weedsport in 2008. 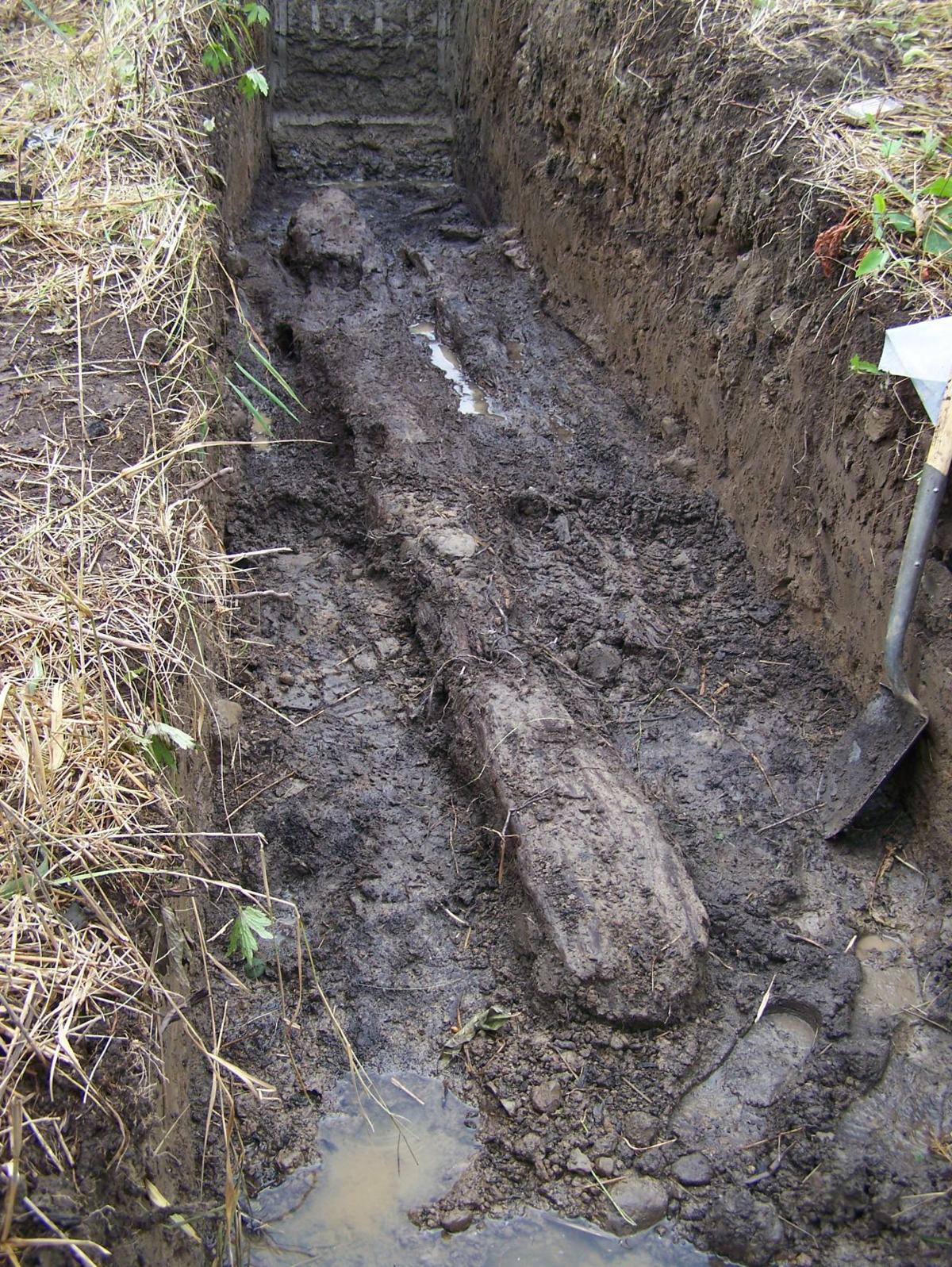