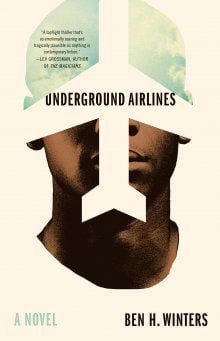 Mysteries are among the best-selling fiction books, and there are three recent entries that are not only propelled by great plots, but by outstanding writing and characters as well.

Noah Hawley, best known as the creative genius behind the television series “Fargo," is also a novelist. A few years ago, he garnered critical acclaim with his mystery “The Good Father," about a father whose son is accused of a political assassination.

His latest novel is “Before The Fall,” a propulsive, twisty story about a plane crash. A private jet falls out of the sky, and the only survivors are a 40-something artist looking for his last chance at success and a 4-year-old boy, the son of the head of a powerful conservative cable news channel (think Fox News).

Scott used be a swimmer, and he valiantly saves the young boy’s life by hoisting the boy on his back and swimming miles to shore. He is hailed as hero at first, but then the media begins to dig deeper to find out why the plane went down and why Scott and the young boy were the only survivors.

Besides the powerful head of the news channel, his wife and teenage daughter, another couple was on board. That man was facing an imminent indictment for laundering money for banned foreign companies through his U.S. company.

Was it a bomb on board that killed them? And if so, who was the target? Scott got on the plane at the last minute; was he involved in the plot to blow up the plane?

One of the characters is a popular and confrontational cable news show host, a close friend of the young boy’s father. He believes that Scott knows more than he has let on, and he uses his nightly TV show to destroy Scott’s reputation, taking advantage of the situation for ratings.

“Before the Fall” is a page-turner of a book, and you should leave yourself plenty of time to read this in one or two sittings because you won’t want to put it down. Hawley paints a portrait of our current circus media atmosphere that is not flattering.

Irish writer Tana French’s sixth book in her Dublin Murder Squad series is “The Trespasser." Each one of her fascinating books tells a story from the perspective of one of the detectives in the squad, concentrating on one case.

“The Trespasser” follows female detective Antoinette Conway, a tough and smart cop whom we got to know in the last book, “The Secret Place." She is again partnered with Steve Moran, the newbie in the squad.

A woman is found dead in her home. It looks like she was waiting for her date to arrive, so suspicion naturally falls on the man, a mild-mannered bookstore owner, who had recently met the dead woman. The veterans on the Irish squad want Conway and Moran to quickly wrap this case up, but they have their doubts about the bookstore owner being the murderer.

Fans of The Dublin Murder Squad will be happy with this addition to the series, but you don’t have to have read any of the previous books to enjoy this intriguing mystery. French has created a fascinating world here, with whip-smart dialogue and a plot that will have you guessing all the way. Fans of TV’s “Prime Suspect” and “NYPD Blue” will enjoy.

Ben H. Winter’s has written a fantastic alternative history book, “Underground Airlines,” that supposes that Abraham Lincoln was assassinated in 1861, and the Civil War was never fought. Today there are four Southern states where slavery is still in practice, and an uneasiness exists between these states and the rest of the United States.

Victor is a young black man who used to live in one of the slave states. He escaped and is now being forced to work for the U.S. Marshal Service, hunting down escaped slaves. He is very conflicted about this, and begins his new assignment when things aren’t what they seem.

He meets a young woman with a young son who is trying to find out what happened to her son’s father, a slave, and Victor gets involved in her situation, too.

There is a lot of tension in this book, and Victor is walking a tightrope to help the young woman and figure out why the marshal service really wants to find this one particular fugitive who may not be exactly what he seems. It’s a searing, terrific what-if book, and it deserves to find an audience.

BOOK: “Before the Fall” by Noah Hawley

BOOK: “The Trespasser” by Tana French

Jill Schaffer challenged her physical health this weekend in support of a mental health cause that's personal to her.

How urban renewal in Auburn shaped me as an urbanist, part three

One warm summer’s day in 1974, when I was a college kid interning as a cub reporter at what was then known as the Auburn Citizen-Advertiser, I left the paper’s new building on Dill Street in downtown Auburn and walked three blocks to the City Hall on South Street to cover a meeting of the City Council — or, to be technically accurate, the Auburn Urban Renewal Agency, or AURA, which was an offshoot of the council.

Owasco: Visiting the Festival of Trees at the Ward O'Hara museum

The year 2020 will soon draw to a close. What a year! I reflected on all that has happened, and saw my year had begun and will close with the …

St. Albert the Great: Preparing young hearts for a Christmas like no other

The months of 2020 are dwindling to the final weeks, and most people at this point are just waiting to put an end to this year altogether. The…

This has been an incredibly challenging year for everyone, especially fine and performing artists and the nonprofits that support them. The re…

Look back: Two fires do damage in Auburn

This talented Dalmatian can sing and play the piano 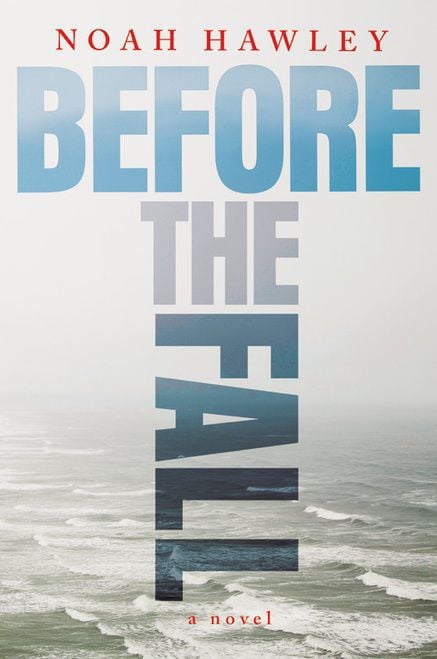 "Before the Fall" by Noah Hawley