Sept. 13 marked the 50th anniversary of the Attica prison riot that left 29 inmates and 10 prison guard hostages dead. It was the worse prison riot in U.S. history.

Deanne Quinn Miller was just 5 years old when her father, William Quinn, was the only corrections officer who was killed by an inmate during the riot. She recounts the search for the truth of what happened to her father and her fight for justice for the hostages who lived and the widows of the hostages who were killed when state troopers and corrections officers violently retook the prison in her riveting new book, “The Prison Guard's Daughter."

Deanne's young mother had two young daughters and another on the way when her husband was held hostage with dozens of other corrections officers as over 1,200 inmates at the Attica maximum security prison overtook the guards on Sept. 9, 1971, and held 42 guards hostage in the prison yard. That day, William Quinn's badly beaten body was brought to the gate, and he was taken to a hospital where where he perished from his injuries two days later.

After four days of negotiating with the inmates over their list of demands, many of which were for just and humane treatment, negotiations ended and the inmates were ordered to surrender. Inmates lined up hostages on catwalks and held knives to the throats of guards. On Sept. 13, helicopters dropped tear gas into the yard and state troopers and other law enforcement officers charged the yard with guns shooting. The 39 people killed, including 10 guards, were killed by bullets from those guns, although initial reports erroneously stated that inmates killed the guards.

After years traumatized by her father's death, which caused her physical and emotional ailments, Miller joined the Forgotten Victims of Attica. Miller, reluctantly at first, became more involved in the organization, which aimed to get New York state to provide monetary compensation similar to the $12 million provided to the inmates who were severely beaten and tortured by law enforcement following the disastrous and violent overtaking of the prison.

Widows of the officers killed were tricked into accepting a small worker’s compensation check without knowing that cashing it meant they could not sue New York state for its role in their husbands’ deaths. Only one widow refused to cash the check, and she successfully sued New York state and received a $1 million settlement.

The FVOA spent more than 30 years working with lawyers, reporters, accountants and state legislators trying to get an equitable settlement for the widows and officers before the now-elderly widows and guards died.

Miller became a spokesperson for the FVOA, and in that position she became known to legislators and reporters, including Gary Craig from The Rochester Democrat & Chronicle, who cowrote the book with Miller. Through this position, Miller became good friends with Richard X. Clark, the leader of the Muslim inmates, and Frank “Big Black” Smith, a former Attica inmate who worked to get the inmates their settlement. She wanted justice not just for the officers, but also for the inmates. She wanted the truth to come out.

In addition to the monetary settlement, Miller wanted to know the truth about how her father died. Two inmates were convicted in his death, but they didn’t spend much time in prison for their roles when their sentences were commuted by the governor. She had to face one of them at a public hearing, in front of a large audience — an awful situation.

The FVOA had a Five-Point Plan for Justice, asking for the state to provide restitution, offer counseling to those who wanted it, open any Attica records closed to the public, ensure an annual FVOA memorial ceremony on prison grounds, and apologize.

Fifty years after the riot, they are still waiting for an apology. The victims received a $12 million settlement. The state wanted the victims to pay for counseling out of their settlement.

“The Prison Guard’s Daughter” is an important book not only for its historical context (many people under the age of 50 don’t know about Attica), but for the emotional journey that Deanne Quinn Miller shares with readers. Her strength and perseverance is inspiring.

(Many readers here know that there was a prison riot in Auburn Correctional Facility in November of 1970, 10 months before Attica. That had a different outcome, although there also were hostages taken and held for many hours, including my father.)

Seneca Riverside: Inside the former Devaney's, under new ownership, in Weedsport

Its name and ownership are new, but perhaps the most important part of the restaurant at 9347 Stickle Road in Weedsport remains.

A Cayuga County dairy farm is featured in the newest season of a digital series by the American Dairy Association North East.

Kevin Rivoli’s photos are always worth more than a thousand words. When I look at the front page of the Saturday, July 30 issue of the Citizen…

Has the oppressive heat of summer got you and your children down? Are your teens bored and missing their friends? These two situations can eas…

Heavy backpacks are taking a toll on children's health

Cut the cost of preventative care by making these changes

Cut the cost of preventative care by making these changes 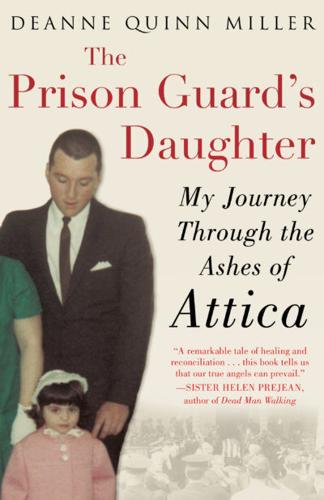