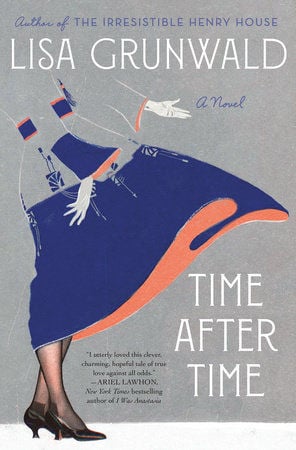 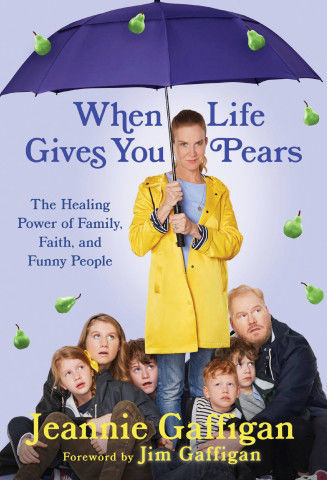 The end of the year means a time of reflection, and for me that means reviewing all of the books that I read and compiling my list of the most compelling books I read in 2019. They are books that made me think of them long after I finished them, books that affected me deeply.

I’m not usually drawn to books with a time travel feature, but Lisa Grunwald’s “Time After Time” utterly captivated me. Set in 1937, a young woman named Nora returns every year on the same day to the place where she was killed in a train accident at Grand Central Station in 1925. When she meets Joe, a railman, they fall in love, but the fact that she disappears complicates things. It is a love letter to Grand Central Station, and a love story for the ages. It asks the question: What would you sacrifice for love?

Cara Walls’ debut novel, “The Dearly Beloved,” tells the story of two young couples. Both husbands are ministers, and share a pastoral appointment to a Greenwich Village church in the 1960s. One man feels his calling is to support social justice and he is married to a traditional pastor’s wife, while the other man prefers to tend to his own flock, and is married to a woman who has little use for religion. It’s a deeply moving portrait of faith, friendship and marriage.

Mary Beth Keane’s third novel, “Ask Again, Yes,” also tells the story of two intertwined families. Two Irish NYPD officers move their families to a small town in upstate New York. The son of one and the daughter of the other grow close until a tragedy tears the families apart. It follows the families through the years, and it talks of family, love and forgiveness, and the writing is gorgeous.

In another story about family and forgiveness, Ann Patchett’s “The Dutch House” brilliantly tells the story of a brother and sister who lose their mother when she deserts the family. And when their father dies, their stepmother banishes them from the only home they have known. The sibling relationship is moving.

Another family drama is J. Ryan Stradal’s “The Lager Queen of Minnesota,” about two sisters. One inherits their father’s land and becomes a hugely successful beer maker, while the other struggles financially. The granddaughter of the less successful sister discovers a talent as a craft beer maker — can it bring the sisters together?

Laura Lippman takes us back to 1960s Baltimore in her mystery “Lady in the Lake,” about a housewife who leaves her family and becomes a reporter for a newspaper. She wants to find out the truth about why a young black woman was murdered, and no one seems to care. It’s Lippman’s best book yet.

Lisa See takes us to a world many are unfamiliar with in “The Island of Sea Women.” On the island of Jeju in South Korea, the women are the breadwinners, diving for fish to sell. Two young girls become friends and See tells their story over the span of their lives. It begins during the Japanese occupation of Korea, through the Korean War, up until 2008. It is harrowing and heartbreaking.

Amor Towles’ “A Gentleman in Moscow” was published in 2016, but I read it this year. In this masterpiece of writing, Towles creates a character of a man under house arrest at a luxury hotel in Moscow for a transgression against the state. He lives his entire existence within the walls of this hotel, and although it should feel small, it feels so big.

A lighter book is Linda Holmes’ “Evvie Drake Starts Over,” about a young widow in small-town Maine who takes in a boarder — a Major League Baseball player who has lost his mojo. It’s a sweet, tender story, and watching their relationship grow is so lovely.

I have two nonfiction titles on my list. The first is actress Kate Mulgrew’s “How to Forget,” about the life story of her parents — how they met, fell in love, raised a family and eventually became ill. Her mother suffered from Alzheimer’s, and her father had cancer. It’s a realistic look at family, beautifully written.

Jeannie Gaffigan, mother of five young children married to comedian Jim Gaffigan, finds that she has a brain tumor in “When Life Gives You Pears.” Her story is scary, and yet she manages to find the humor in her situation.

A GoFundMe has been launched for Auburn man Vin Gleason and his family.

Sonic Drive-In has awarded four teachers in Auburn a total of almost $1,000 in order to help them meet the needs of students during the COVID-…

As an artist, Amanda Tallcot’s mantra is “I love to create, I must create!” She has a background in studio art, visual arts, art therapy and e…

The Cayuga County Office for the Aging will distribute farmers market coupons this year at drive-thru sites.

Look back: Scarecrow scene in Brutus