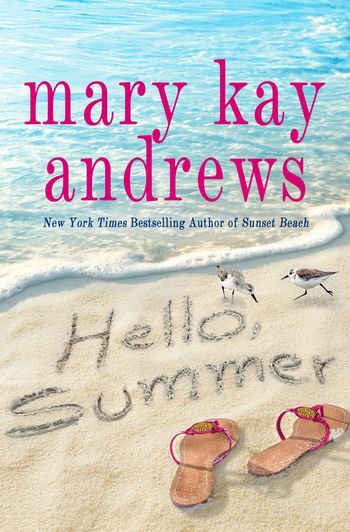 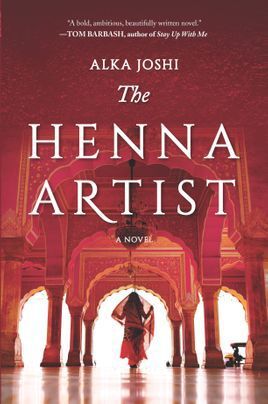 With Memorial Day in the rear view mirror, it’s time to gear up for summer, and that means it’s time for my annual summer reading recommendations list. Since most of us are staying close to home, it’s a good time to let books take us away.

There are some authors who are closely associated with summer, and Mary Kay Andrews is one. In her latest novel, “Hello, Summer,” Conley has to move back to her beach town hometown in the Florida Panhandle when the news agency she was going to work for goes out of business. Her sister publishes the local newspaper, owned by their family for four generations, but in danger of folding. When Conley comes upon a car accident where the local Congressman is killed, she “kicks up dirt” and angers some townspeople. I always wanted to be Brenda Starr, so this book was perfect for me.

Elin Hilderbrand is another “summer author,” and this year’s entry is “28 Summers.” It’s similar to the movie “Same Time, Next Year,” about two married people who meet every year to carry on an affair over 28 summers, but things become more complicated as the years roll on.

If you like a good mystery to dig into, Hannah Mary McKinnon’s “Sister Dear” is about a young woman who discovers her father is not her biological father. She insinuates herself into her beautiful, wealthy, successful half-sister’s life, befriending her and working for her. The ending of this novel is a corker; you will gasp out loud.

If you’re a fan of the Lifetime Movie Channel, Kimberly McCreight’s psychological thriller “A Good Marriage” is perfect for you. When a woman ends up murdered after a neighborhood party, the secrets of all the married couples bubble up to the surface. It’s a twisty mystery where you don’t know whom to trust.

Curtis Sittenfeld imagines what life would have been like for Hillary Rodham if she had not married Bill Clinton in her novel “Rodham.” There may be no public figure over the last 30 years who has had more written about them, and Sittenfeld’s fascinating story, divided into three sections — "The Catch," "The Woman" and "The Front Runner" — really takes off in the last section.

For those who follow popular book clubs, Reese Witherspoon’s May choice, “The Henna Artist" by Alka Joshi, takes you away to 1950s India, where a young henna artist strives for a better life and ends up caring for a young sister she didn’t know about. It will transport you.

Jenna Bush Hager recently chose Elizabeth Wetmore’s debut novel, “Valentine,” and that book also transports you, but to 1970s Odessa, Texas. When a young Mexican teen is brutally attacked, it affects the women in the town. The characters are compelling, and the story is powerful.

With so much time on our hands, we’ve been binge-watching television shows. To go along with that, there are two new books about situation comedies. Marc Freeman’s “Modern Family” has interviews with the actors, producers and writers from the show that just ended its highly successful 11-season run.

Andy Greene’s “The Office: The Untold Story of the Greatest Sitcom of the 2000s” also has interviews with actors, writers and producers of the iconic show. He goes season by season, and does a deep dive into one episode for each of the nine seasons of the show. This is a must-read for fans of "The Office."

Father’s Day is coming up this month, and Dad may appreciate a good book this year. Tom Papa’s “You’re Doing Great” is a collection of essays from this hilarious comedian, who also has a new Netflix comedy special with the same name. Fans of Jim Gaffigan should give it a try.

If Dad is a true crime fan, Casey Sherman and Dave Wedge’s book “Hunting Whitey” follows the FBI agents who successfully tracked down one of the most wanted fugitives in American history, Boston mobster Whitey Bulger.

There are some wonderful books now out in paperback as well: Lisa Grunwald’s “Time After Time,” a beautiful love story with a time travel aspect set in Grand Central Station in New York City in the 1940s, Mary Beth Keane’s “Ask Again, Yes,” about two Irish families who live next to each other and are devastated by a tragedy, and Kate Mulgrew’s “How to Forget,” a memoir about the life of her parents, and caring for her mother with Alzheimer’s.

Stay calm and read on.

Look back: Family jam in Conquest