Become a Member
Read Today's E-edition
Share This
La Rue: The 12 most compelling books I read in 2018
Share this
1 of 3 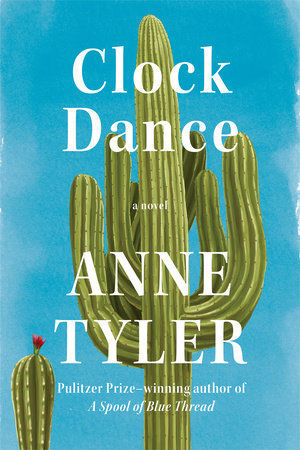 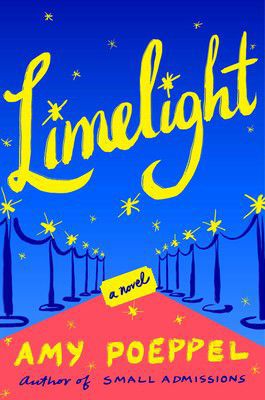 At the end of each year, I reflect upon the books that affected me the most, the books that I can’t get out of my head. There are unforgettable characters, fascinating storylines and inspirational true stories. And so I present my list of the 12 most compelling books I read in 2018.

Three nonfiction titles made my list, starting with former first lady Michelle Obama’s “Becoming.” Mrs. Obama’s voice is so strong as she vividly recounts her childhood growing up in on Chicago’s South Side, where her parents instilled in her a strong desire for a good education as a pathway to success. Hers is an American success story.

There have been many books written by former Obama administration officials, but Beck Dorey-Stein’s “From the Corner of the Oval” stands out. She got a job as a stenographer for the White House through Craigslist, and she takes us along as she rides on Air Force One and has an ill-advised affair with a man who strings her along.

Tara Westover’s “Educated” has made many best of 2018 lists, and it is clear why. Westover and her seven siblings grew up with her survivalist parents, working at dangerous jobs helping her father. After never having attended school, Westover takes the GED, gets into college and eventually earns a Ph.D. It is a remarkable achievement and a brilliant book.

A good fictional companion piece to “Educated” is Kristin Hannah’s novel “The Great Alone.” Set in 1974, teenage Leni Albright moves to a remote area of Alaska and lives off the grid as her father grapples with his experiences in Vietnam, and she and her mother struggle with his increasingly violent behavior.

Leah Franqui’s brilliant debut novel “America for Beginners” takes us along on a road trip taken by Pival, an Indian widow looking for answers about her son’s life, the struggling actress who acts as her chaperone, and a young Bangladeshi immigrant on his first solo trip as their tour guide. Pival is an unforgettable character.

Amy Poeppel’s humorous “Limelight” tells the story of a recently transplanted Dallas mom of three who has to deal with her children’s anxieties, living in a crazy new city, and finding a job when she hits a car belonging to a Justin Bieber-like singer. Somehow she ends up as his personal assistant as he readies to star on Broadway. It is a laugh-out-loud funny story with a lot of heart.

For something more thought-provoking, Jodi Picoult’s “A Spark of Light” is one of her best books yet, about people trapped in a woman’s health clinic with a gunman who has a grudge against the people who run the clinic. Picoult takes an issue that has divided this country and gives empathy to all involved with great skill.

There are two mysteries that made my list. The first is Laura Lippman’s “Sunburn.” Polly abandons her husband and 3-year-old daughter, changes her name and takes a job working in a bar when she meets Adam and embarks on a torrid affair with him. But Adam is not who he says he is. Polly is an indelible character, and the ending is a corker.

The second mystery is Lisa Scottoline’s “One Perfect Lie” about a high school teacher and baseball coach who appears to be up to something nefarious, recruiting his players for something much more dangerous than winning the sectionals. This one made the list for the brilliant twist in the middle of the book that upends everything.

Barbara Kingsolver is back with “Unsheltered,” a novel about a middle-aged couple who inherit a dilapidated house in New Jersey. They deal with unemployment, under-employment, parental health issues, the return of a prodigal daughter and a son who drops his newborn baby off with them. It’s a big, meaty book you’ll want to savor as you read.

Anne Tyler’s “Clock Dance” is quieter, but no less affecting. Sixty-one-year-old Willa gets a phone call to come and care for the young daughter of her son’s ex-girlfriend. She has never met the girl, but going there to care for her profoundly changes Willa.

And finally, the book that everyone from Oprah to Michelle Obama has been talking about: Tayari Jones’ “An American Marriage.” It’s the story of Celestial and Roy, married for a short time when Roy is falsely imprisoned. It’s about loyalty, love and faithfulness set against the subject of mass incarceration. It’s better than everyone says it is, a true American story.

A GoFundMe has been launched for a woman in the critical care unit at Auburn Community Hospital.

When it comes to food, malls are known for pizza, burgers, maybe Chinese and not much else.

Bells will be ringing and glasses will be clinking this weekend at Prison City Brewing when it hosts a new holiday market event.

A horse at Healing H'Arts Equestrian Center in Union Springs has been given a national award.

CAP Cayuga/Seneca: 11-year-old's donation will make a difference this holiday

Every day, we meet people who are living in very different circumstances who have the courage to seek help, open up and allow us to be part of…

A contemporary Rip Van Winkle, awake after 20-some years and walking around downtown Aurora, might not, at first glance, notice any changes. M…

Reasons you should consider a retirement coach

Reasons you should consider a retirement coach

Diabetes warning: The 'irreversible' signs you can spot in your mouth

Diabetes warning: The 'irreversible' signs you can spot in your mouth