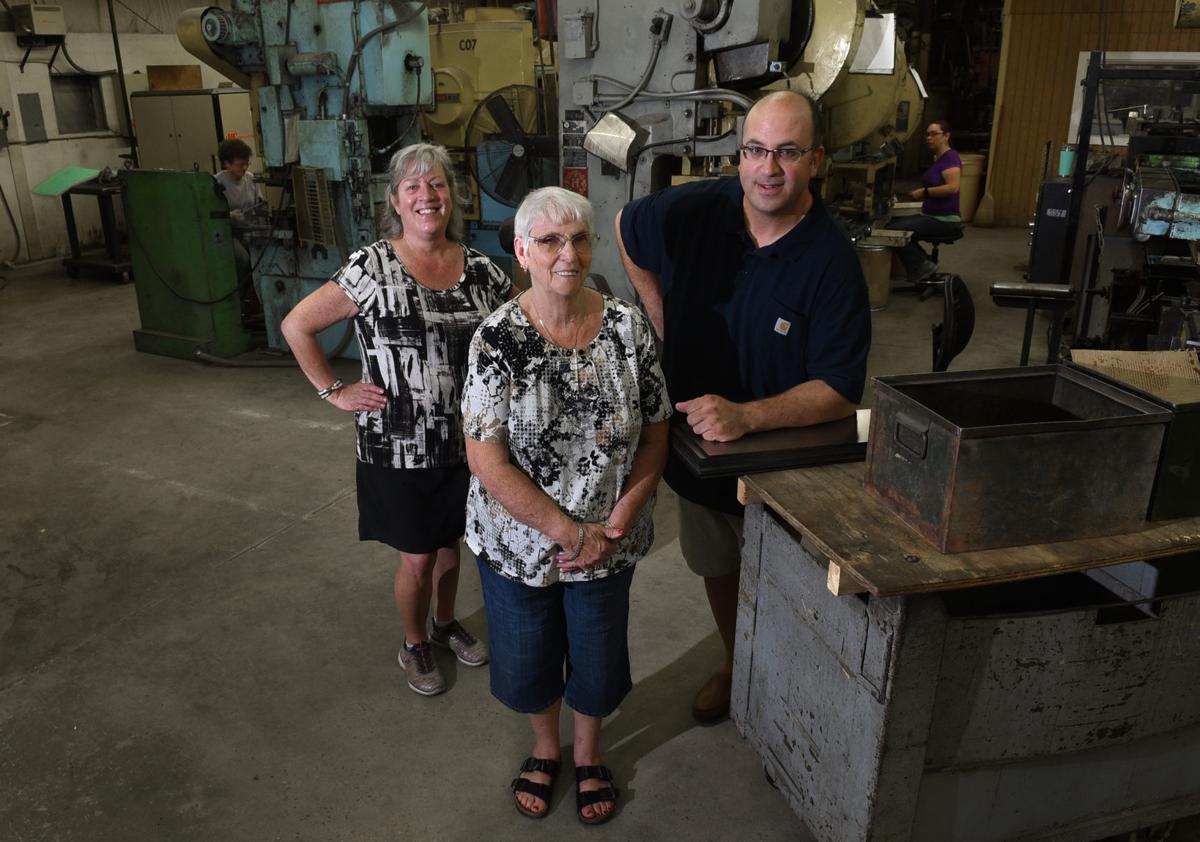 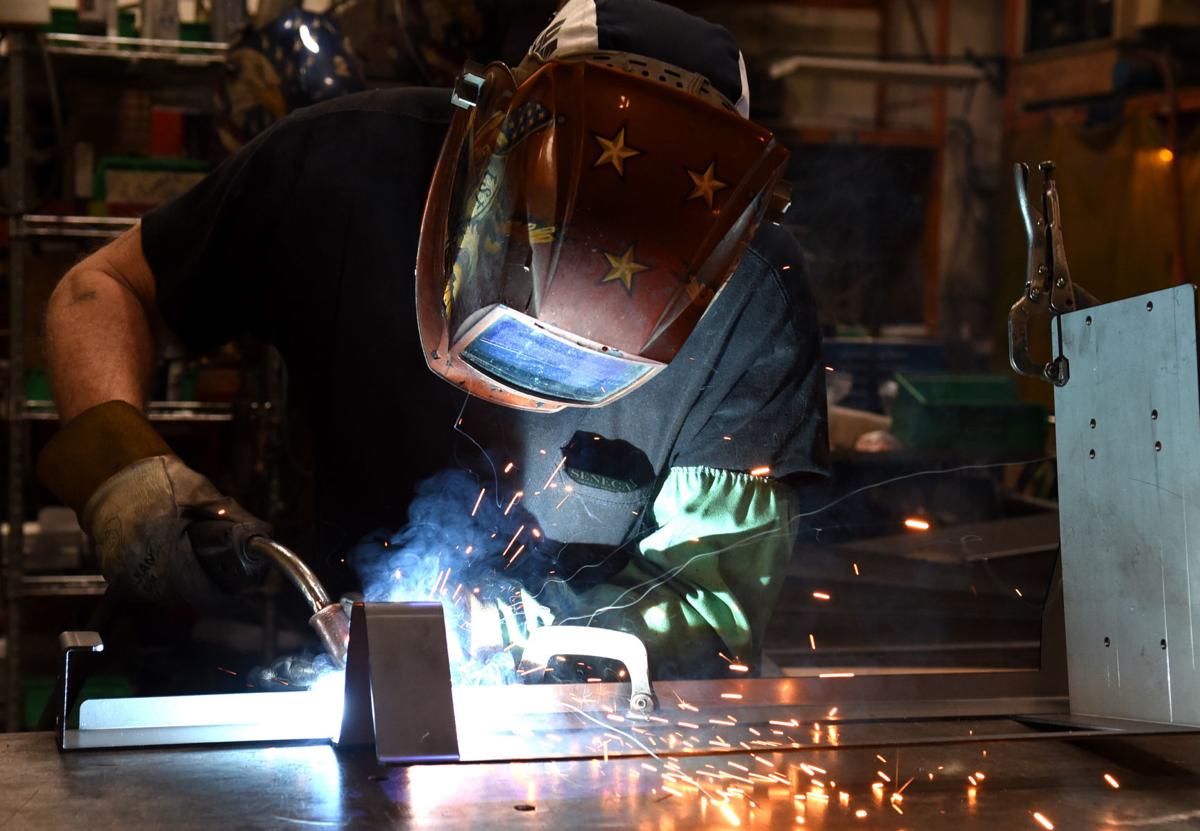 After 20 years of working in a Canadian nickel mine, Germain Morin came to Auburn to start 4M Precision Industries. Fifty years later, the business is still in family hands.

The metal fabrication, stamping and finishing company, which celebrates its 50th anniversary today, has come a long way in that time. Starting with just two stamp presses, the business has expanded to a 60,000-square-foot facility with a 115-machine arsenal that includes a laser cutter, a high-pressure water jet, a metal brake and robotic welding.

But all this time later, Germain's mining helmet is still there, along with a brick from the business's original location on Wadsworth Street. They sit atop a shelf in the office of Edith Morin, Germain's daughter, who now serves as the business's operations manager.

"We keep it to remind us where we came from," Edith said.

Edith works with her brother, Allen, at the company, with their mother, Margaret, at the helm as CEO. Germain, 90, is now retired. To commemorate 4M's anniversary, Edith recently allowed The Citizen on a tour of the company.

The company doesn't make a single final product, Edith said, but instead makes components for other companies' products. In the office's cafeteria, a shelf displays dozens of those final products, including lacrosse goggles, wire tensioners and many more. Other products 4M contributes to, like Amtrak trains or subway cars, can't fit on the shelf.

Past the cafeteria, the shop floor is filled with dozens of heavy machines that can be heard pounding away as workers stamp out different components.

Tom Hageman has worked at 4M for 11 years, and could be found welding in the facility's metal fabrication area during The Citizen's tour. There have been ups and downs during his time at 4M, he said, but every day has been a challenge.

One of the bigger changes in Hageman's 11 years came when Edith took over as operations manager. Compared to previous managers, Edith is more hands-on and attentive to what the workers need to best do their jobs, he said.

"Edith gets out here and she's gung-ho like crazy," he said.

When switching to the operations manager position, Edith moved into an office right in the middle of the production floor to be "right in the grit" with the other workers.

"We're all a team and I think we feel that," Edith said.

Besides allowing for greater efficiency and productivity, Edith and Margaret said the move was representative of the company's acknowledgement of how crucial its employees are to success.

"We have a good group of dedicated workers that keep us going," Margaret said, who thanked her employees, especially the long-term ones. "Without your good employees, you don't have anything."

Center your cool even when your kids are losing theirs

What to clean every day and what can wait

What to clean every day and what can wait

The health benefits of lavender

The health benefits of lavender

Genius cat 'talks' to owner by pressing buttons with paws

Genius cat 'talks' to owner by pressing buttons with paws