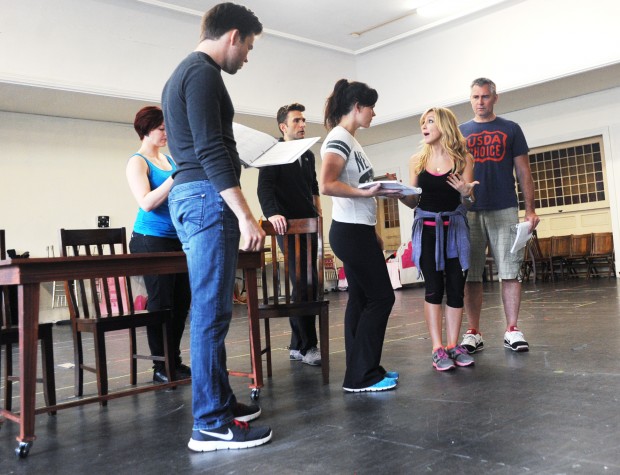 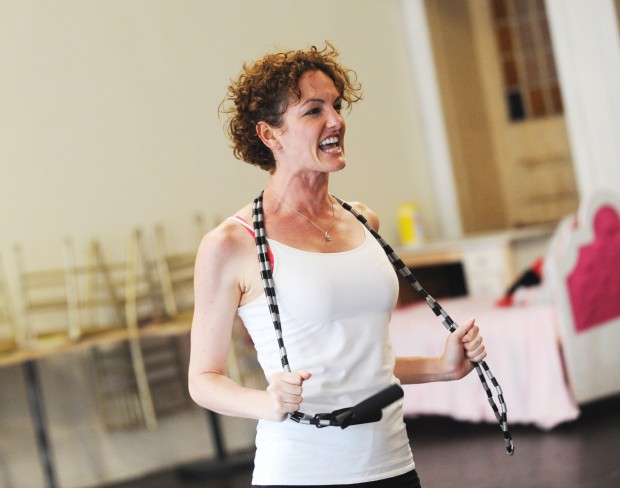 AUBURN | For Libby Servais, being blonde means she's right for the role of "Legally Blonde's" Elle Woods — not just cosmetically, but psychologically.

"I'm not from California, but being a blonde, I can relate to being stereotyped as being not intelligent," she said. "I'd like to be treated like everyone else."

So Servais will speak from the heart when she steps into Woods' fashionable heels June 26, as the Finger Lakes Musical Theatre Festival stages "Legally Blonde: The Musical" at the Merry-Go-Round Playhouse in Owasco.

In terms of story, the show stays faithful to the 2001 movie that inspired it. Woods, memorably portrayed by Reese Witherspoon, is a bubbly sorority president and fashion major who turns heads by enrolling at Harvard Law School in a bid to win back her boyfriend.

Among her doubters is Professor Callahan, played by Merry-Go-Round veteran Christopher Carl. Turning Elle's sorority sisters into a sort of Greek chorus is one of the musical's few modifications to the movie, he said. His character, though, remains mostly unchanged.

"I think he's considered one of her speed bumps," Carl said. "But he's also a father figure to her, which makes him interesting."

In all likelihood, few could name the actor who played Callahan in the film off the top of their head (it was Victor Garber). But many more associate Witherspoon with Woods. For Servais, that's a major hurdle to clear on the Merry-Go-Round stage. Having seen her in rehearsals, Carl is confident in the show's lead.

"It's important that no one play an imitation of a movie," he said. "And she's not doing Reese Witherspoon at all. It makes the show exciting to watch — otherwise you could just pop in the DVD."

Servais has also felt challenged to find the right shade of realism for her incarnation of the character. Maxing out Woods' larger-than-life moments — and there are many — could make the character unbelievable, she said.

"It's easy to fall into caricature," she said. "I want to make sure she's honest and of pure heart."

One of those stops on Woods' law school odyssey, a sudden realization of her own potential accompanied by first-act closer "So Much Better," stands out to Servais as one of the most powerful moments in the show. A single word — "woah" — punctuates a sweeping rush of self-discovery.

For Carl, it's also the most memorable moment in "Legally Blonde: The Musical."

"That's when the character realizes she's more than what people made her out to be," he said. "Everyone in the audience might have that moment. It's uplifting."

The show's soundtrack, with titles like "The Harvard Variations," "Scene of the Crime" and show-opener "Omigod You Guys," has asked much of the Merry-Go-Round cast, Servais said. Though most had their lines down before rehearsals started, performers have been arriving an hour early for jump-roping, just to ensure they're conditioned enough for the show's dancing and high belting.

For Servais, though, the color of her hair — and living its pitfalls — has been just as big a part of her preparation for "Legally Blonde: The Musical."

"The show can really relate to people of all ages," she said. "All will have some sort of connection to the story."

Lake Life Editor David Wilcox can be reached at 282-2245 or david.wilcox@lee.net. Follow him on Twitter at drwilcox.

WHAT: "Legally Blonde: The Musical"

Theater review: MGR's 'Singin' in the Rain' dry on charm, but soaked with talent

When it comes to the talents the Merry-Go-Round Playhouse seeks in its lead performers, fabulous voices and feet seem to be at the top of the list.