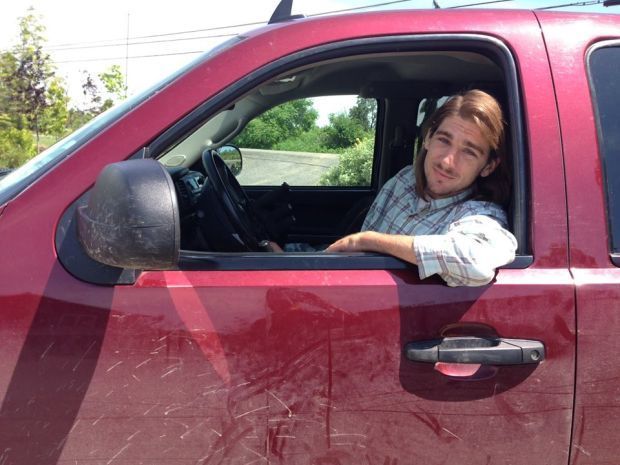 Robert Hoadley owns and operates Lakeview Nursery and Hoadley's Wholesale in Owasco, a family-owned business since 1977. 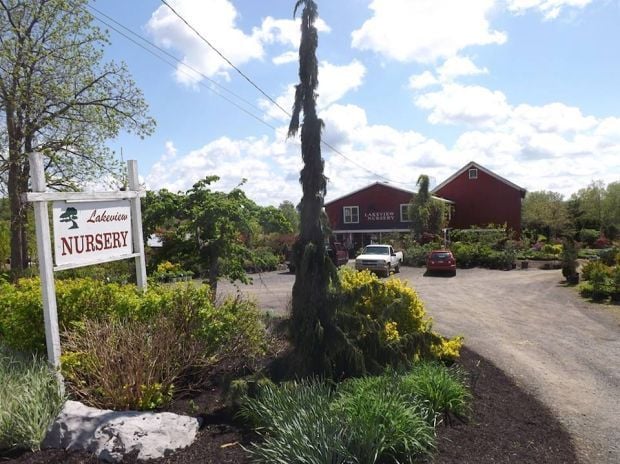 Lakeview Nursery and Hoadley Wholesale are retail and a wholesale businesses specializing in perennials as well as shade and ornamental trees in Owasco. 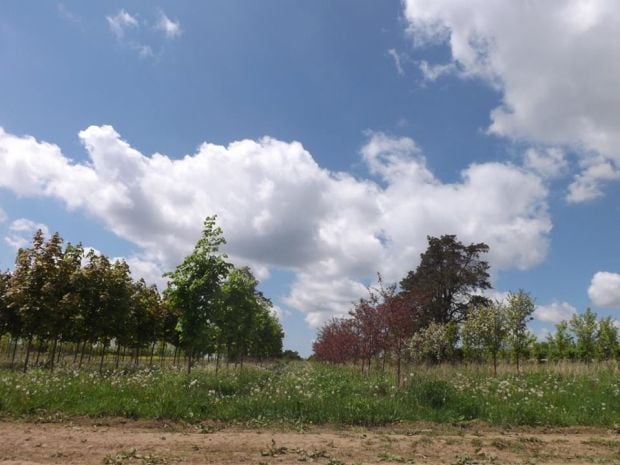 He operates his 150-acre shade and ornamental tree farm and nursery, Lakeview Nursery, from the front seat of his burgundy Chevrolet Silverado.

The truck's broad dark dashboard is layered with light-colored paperwork and deposit slips clipped to other documents fill cubbies already stuffed with water bottles, pens and his phone. A delicate rose bush resides in the truck's bed jostling as he navigates his rows of large-caliber sycamores, oaks and Autumn-Blaze Maples.

Customers and employees with requests and questions approach Hoadley who contorts his torso out the driver's side door to dispense his knowledge and expertise.

Customers roam the property, a former turkey farm, freely to find plants that will work for their clients or in their own yards.

"Very few nurseries hold as many field-dug trees as I do," Rob said.

Hoadley and his office manager, Kimberly Rossi, estimate Lakeview Nursery is one of only two large-scale wholesale tree farms in the region. The other operation closest in size, they said, is in western Onondaga County.

At the age of 33, Hoadley employs 10 people each season on the farm he's owned since 2002, when he purchased it from Peter Hoadley, his father. Five years ago, he bought the retail center from his mother, Paula. His parents began the nursery's retail arm in 1977, selling perennials, annuals and offering landscaping services, raising Hoadley and his brother around the growing business. Literally.

Yet, each new season he makes more money than the previous year, he said. Adding hundreds of species to his ample inventory, Hoadley grows unique plants he wholesales to landscapers while also supplying landscape design services himself to customers.

"I don't think anyone has the selection I have," he said.

Of his crew, 30 percent, including himself, can clock 80-hour weeks working dawn to dusk from mid-March to the end of December.

"I don't feel good if the sun is shining and I'm not working," Hoadley said, his long caramel-colored hair surrounding his angular face, his blue crinkling when he smiles. "March comes and I'm on the phone and watching the weather."

A serious car accident in December of 2001 could have sidelined the then 22-year-old SUNY-Cobleskill student, but it didn't.

At that time, Hoadley and a girlfriend were backseat passengers in a Dodge Neon when the car, driven by a friend, skidded on a patch of black ice on County Line Road. The ensuing crash was significant enough to warrant a weeks-long, induced coma from which he awakened a different man.

A tetraplegic, Hoadley can use his arms and shift his upper torso easily, but has limited use of his right hand. His truck, or his office, is equipped to handle his disability and he drives every inch of his property, past irrigation ponds, barns, greenhouses and outbuildings.

"To look at him, you would have no idea he'd been through a major accident in his younger years," Rossi said. "That would stop most people from moving forward, but he's had this amazing, successful career."

Rossi's observation is spot-on, Hoadley's magazine-worthy good looks and understated manner only accent his charm. Listening to him talk about the trees he grows is like hearing a parent talk about his children.

"Every plant is like a baby, it needs attention," Hoadley said.

But, he's a man in his early prime and during the three months when he's not working on his farm he travels. Last year, he spent time in Peru, Argentina and Costa Rica. He's traveled the Caribbean extensively and thinks he'll add Columbia to the itinerary this winter.

"Nothing gets this man down," Rossi said.

Seasonal from April through December

Open Sundays on a seasonal basis, or by appointment

Here's how to get your free home COVID test kits

Home COVID tests are now available at no cost to most Americans, as part of the Biden administration's effort to increase testing around the United States.

When it comes to emergency veterinary care, location means a lot.

A couple years ago, Jane Stebbins-Skowron would DJ a monthly birthday party for the children at the Auburn Rescue Mission's housing complex on…

Lincoln: Love, stubbornness and support are keys to long marriage

Our Owasco: How local dairy farmer works to protect environment

The Carey farm has been producing dairy in Groton since 1899, after Eric Carey’s great-great-grandfather first purchased the property. Now, at…

Watch Now: How to reduce your stress levels

Robert Hoadley owns and operates Lakeview Nursery and Hoadley's Wholesale in Owasco, a family-owned business since 1977.

Lakeview Nursery and Hoadley Wholesale are retail and a wholesale businesses specializing in perennials as well as shade and ornamental trees in Owasco.