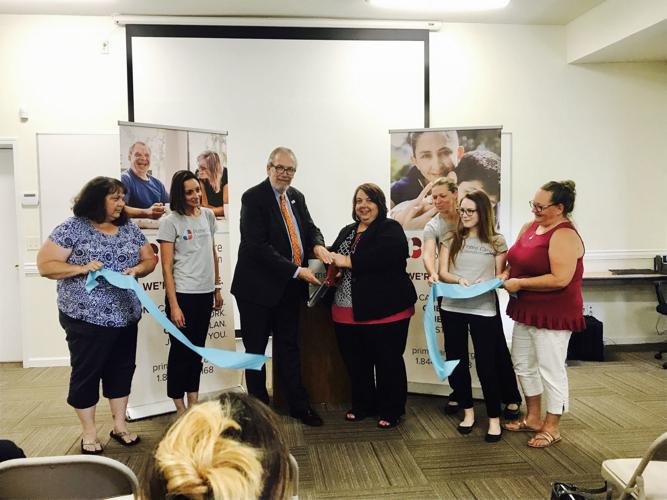 Ed Hayes, the president and CEO of Cayuga Centers and board chair of Prime Care, cuts a ribbon with Prime Care Executive Director Tracy Boff to conclude the launching ceremony for Prime Care in central New York. 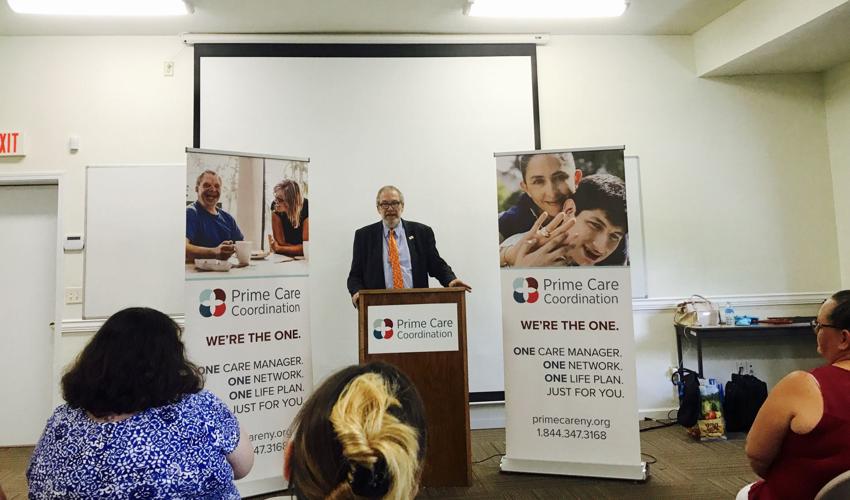 President and CEO of Cayuga Centers Ed Hayes speaks at the central New York regional launch of Prime Care, a new coordinated care organization in the state created by Cayuga Centers and other agencies to serve people with developmental and intellectual disabilities.

AUBURN — As soon as the state released its plan for changes in service coordination for people with intellectual and developmental disabilities, Cayuga Centers began formulating its own plan for how it would respond to the changes.

As of July 1, the state implemented conflict-free care management by transitioning Medicaid Service Coordination, which previously could be provided by agencies serving people with disabilities, to new entities known as care coordination organizations.

Instead of assigning consumers to an organization the agency is not involved in, or allowing the state to do so, Cayuga Centers chose to launch its own. With a group of other experienced nonprofit agencies, it created Prime Care within the last year to help ensure people in upstate New York would get the most out of the state's Office for People with Developmental Disabilities' new People First Care Coordination initiative. Cayuga Centers and its partner agencies held a ribbon-cutting to launch Prime Care July 3.

"We're going to respond to this new direction in a way that doesn't forget about the people served. Instead, it's going to put the people served at the center," said Ed Hayes, Cayuga Centers CEO/president and Prime Care board chair, on behalf of its partner organizations at the launch.

Hayes explained that Cayuga Centers made sure it worked with agencies that offer high-quality, individual-focused services that "wanted to work with a partnership with the individual, with the families and advocates for the individuals, and with other agencies."

A collaboration of more than 30 agencies throughout the state — Cayuga Centers, Catholic Charities of Onondaga County, Community Options Inc. and Home Inc. included in the central New York hub — has made the partnership to transform the care system possible.

Regionally, 300 former Medicaid service coordinators have joined Prime Care as care managers to retain employment in their hometowns so they can continue to work with the same individuals to coordinate all the services they need — including health, wellness and behavioral health. Only service coordination, not the services people receive, is changing.

"We're trying to soften the change for the people we're serving by having them continue to work with the same staff, who just will have a different title and a slightly different role," Hayes said.

Prime Care Executive Director Tracy Boff explained that without the creation of Prime Care, all of the partner organizations would have stopped Medicaid Service Coordination and the individuals who held those positions would not have been guaranteed employment.

As of day one, Boff said, the care coordination organization was already serving over 7,000 individuals across all regions — including the Finger Lakes, Mohawk Valley, Southern Tier and western New York, in addition to the central New York hub.

"We are entering a new frontier," Boff said at the launch. "Now we have a greater opportunity to add things that not only make sense to individuals and families, but a true system transformation that will provide quality of care."

Boff also assured consumers will continue to work with the same care managers as they did before, and the managers will go through more training as the services and system continue to be enhanced to create a more comprehensive care coordination model.

"More than anything, our mission is serving individuals and to serve the individuals well," Hayes said at the Tuesday launch as he noted the amount of diversity among individuals served by all the partner organizations.

"We think this is phase one of a whole new way of serving people in New York state with intellectual and developmental disabilities," Hayes said. "We think we're headed off to a tremendous start. All of us believe there is no substitute for quality. We believe that Prime Care is well on the way to giving quality services and that's important."

A coat drive is underway this month at several Auburn-area churches.

During the winter months when you’re feeling cooped-up and seeking that elusive joie de vivre, the art gallery at Baltimore Woods Nature Cente…

Five dog friendly beaches in the U.S. your pup will love

Five dog friendly beaches in the U.S. your pup will love

Ed Hayes, the president and CEO of Cayuga Centers and board chair of Prime Care, cuts a ribbon with Prime Care Executive Director Tracy Boff to conclude the launching ceremony for Prime Care in central New York.

President and CEO of Cayuga Centers Ed Hayes speaks at the central New York regional launch of Prime Care, a new coordinated care organization in the state created by Cayuga Centers and other agencies to serve people with developmental and intellectual disabilities. 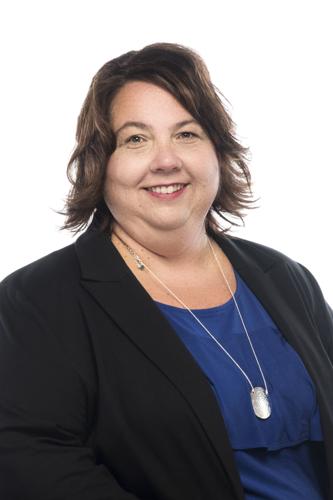 Tracey Boff is the executive director of Prime Care. 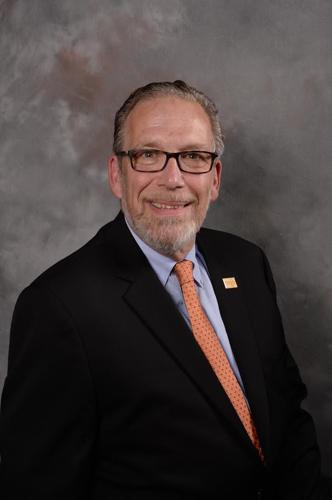 Ed Hayes is the president and CEO of Cayuga Centers, as well as the board chair of Prime Care.