Become a Member
Read Today's E-edition
Share This
Performing for a purpose: Moravia teacher helps children, charities through concert program
Share this
1 of 3 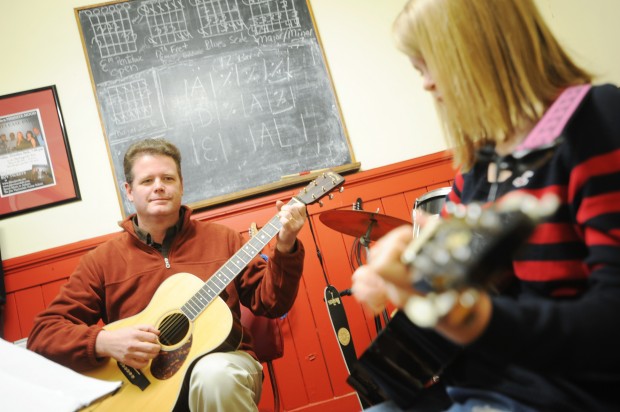 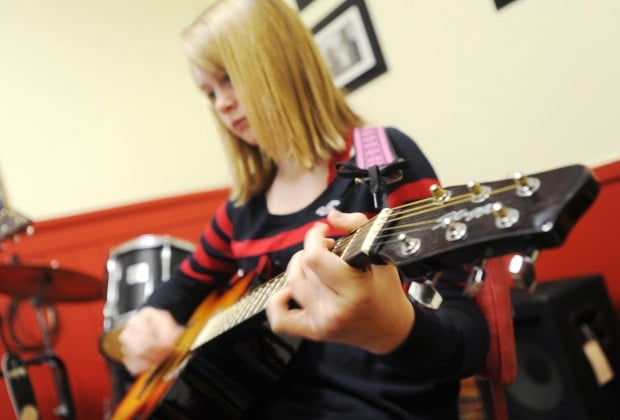 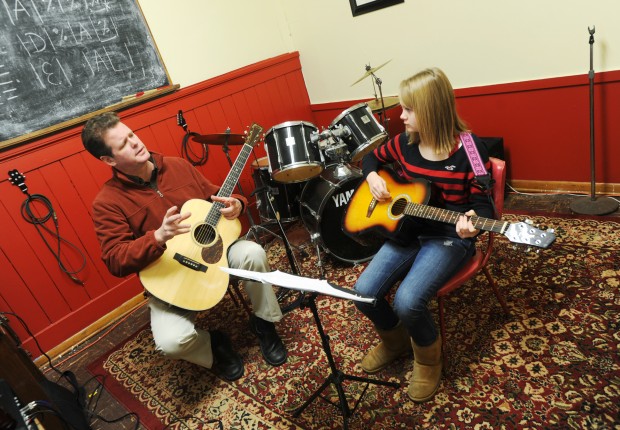 AUBURN | Idle hands have the potential to grasp goodness, or not. Local musician Jim Van Arsdale has seen firsthand the virtue of putting a guitar into the clutches of at-risk youth.

His nonprofit organization, Perform4Purpose, was founded five years ago on a twofold principle: Help those in need, while at the same time learn, experience and share the power of music.

"I explain that music can do a lot of good in the world," Van Arsdale said. "And we can help right here in our community."

Van Arsdale provides a safe place for children to learn how to hold and strum a guitar, and eventually read music well enough to play in performances at fundraisers that benefit those in the community who need assistance: Food pantries, private individuals facing medical uncertainty and its high cost, and other charitable organizations.

"The goal is to connect youth with an important expressive outlet and confidence-builder that can truly make a difference for a lifetime," the Perform4Purpose website reads.

Van Arsdale supplies guitars, lessons, rehearsal time and the opportunity to play with professionals who donate their time to rehearse and perform with the child-filled bands. This year, Peform4Purpose plans to organize and play at as many as six benefits, as well as other parties they don't organize.

"We try to sing as much as we can in the classroom," he said.

Two days a week, he teaches an after-school guitar club for third- through sixth-graders who may eventually play and become involved in Perform4Purpose events.

"That feeds the performances," he said, "and they have a lot of fun and they're helping the community that way."

Photographs of children of all ages with guitar straps slung over their shoulders strumming strings line the walls of his guitar school above the Speno Music store on Genesee Street. In them, young teenage boys wear jaunty hats and matching T-shirts, and girls are seen singing into microphones held confidently in their hands. Together, with guest professional musicians, they perform the musical accompaniment at parties, like the one that benefited Debbie Delaney, a woman whose life was changed after learning she had two brain abscesses.

At Sunshine for Debbie, Perform4Purpose played a Beatles revue. Delaney said she was overwhelmed by the outpouring of support by the more than 600 people who attended the benefit in her honor.

"The music brought so many memories back from everyone's youth," she said. "It was clear that they were playing from the heart."

Van Arsdale can thank his daughter Jen for coming up with the idea behind his growing nonprofit agency, which provides a win-win situation for all involved.

When Jen was in the sixth grade, a classmate had a brain tumor and a bleak prognosis. During a discussion with her father in their living room, the idea to help her friend with a benefit concert to raise money to defray rising medical bills came to mind. From that point forward, the notion of playing for a purpose was born.

Singer Diana Jacobs fronts Midnite Mood, the band that Van Arsdale has played guitar in for the last several years, she is also on the board of directors for Perform4Purpose.

"The students learn how to perform in a performance setting and they're giving of themselves in the process," she said. "And now it has evolved into an organization that provides students with music lessons which gives them a whole other positive relationship in their lives."

Van Arsdale's hope for the future is that Perform4Purpose chapters spring up in other communities.

"We've got a good thing here to help a lot of people," he said.

Staff writer Carrie Chantler can be reached at 685-5701 or carrie.chantler@lee.net.

WHAT: A Trio of Duos concert: Brad and Jen Beardsley, Kevin Dorsey and Heather Lee, and Bob Nodzo and Jim Van Arsdale

To learn more about how to become involved with Perform4Purpose or to hire them for your next event,visit http://perform4purpose.org.

"Perform 4 Purpose was formed for the charitable purpose of fostering and encouraging youth involvement in the arts in the central New York area, by providing opportunities for live performance events that will benefit local charitable needs in our community. We seek to include events for those involved in all forms of artistic expression such as music, theater and dance. To this end, we are committed to establishing a family-oriented organization that provides children a safe, wholesome environment where they can experience the joy and wonder of live performance, while developing skills to make better life choices and become contributing members of the community."

Sarnicola: Cayuga County youth use music to make a difference

Every day there are more reports about students and young adults speaking out and taking public stands on a number of social issues, such as v…