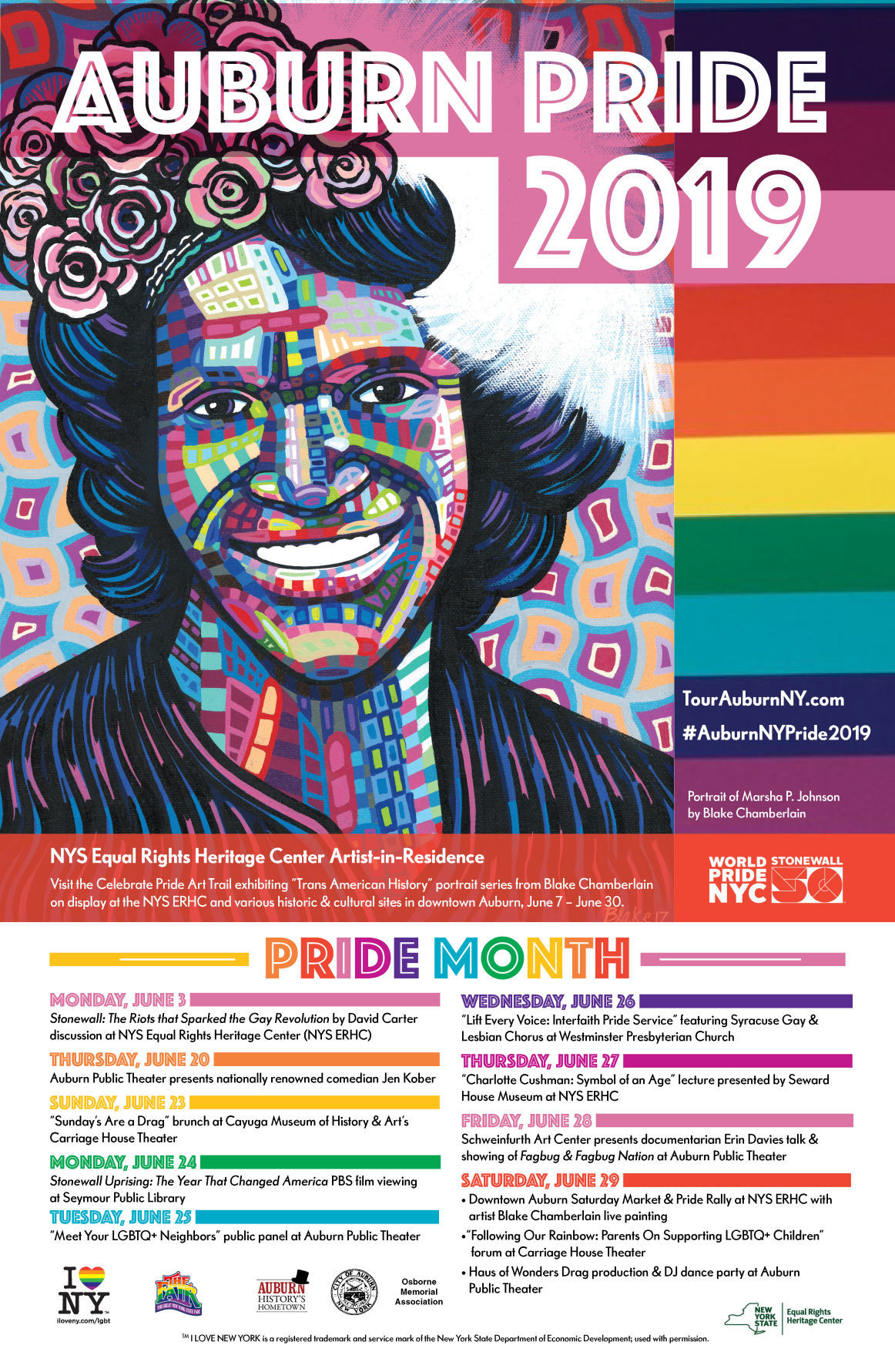 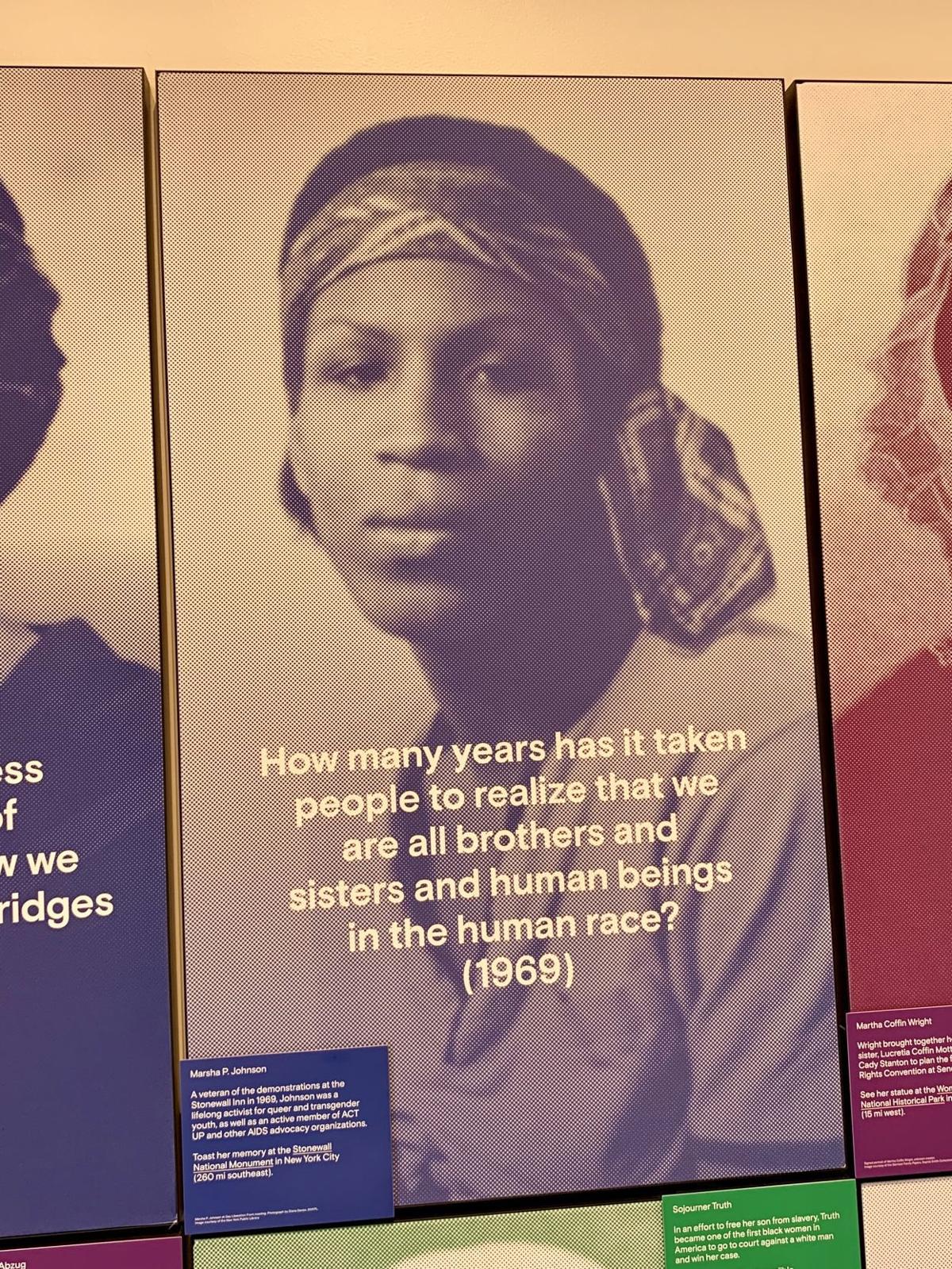 To commemorate the 50th anniversary of the Stonewall raid in New York City, an event often heralded as the start of the modern LGBTQ rights movement, Auburn is hosting numerous events throughout all of June.

The Stonewall uprising occurred in 1969 after patrons of the Stonewall Inn in Greenwich Village, a well-known gay bar, fought back against a police raid. Following several nights of protesting, the uprising became a watershed moment for the LGBTQ movement.

In recognition of the 50th anniversary, and as a part of international Pride Month celebrations, the city, Auburn Public Theater, the Schweinfurth Art Center, the New York State Equal Rights Heritage Center and more local groups are all working together to celebrate and commemorate LGBTQ rights.

Beginning June 20, the city will host a related event every day, culminating in a Pride Rally on Saturday, June 29.

The events are part of coordinated effort by the state's I Love NY tourism program, which is encouraging places throughout the state to hold their own pride events in the lead up to World Pride events in New York City, according to Auburn City Clerk Chuck Mason.

For tourists looking to avoid the clutter of New York City, the state is specifically encouraging visitors to consider Auburn as an alternative for Pride celebrations, according to Courtney Rae Kasper, visitor Experience Manager with the heritage center.

Although Auburn is far from the actual site of the Stonewall Inn, it has a prominent place in the permanent exhibit at the center, Kasper said.

Specifically, the exhibit features a photo portrait of Marsha P. Johnson, a black trans woman and activist often associated with Stonewall. In connection with the exhibit, Blake Chamberlain, who is serving as the artist in residence at the center for Pride Month, painted a mural-style portrait of Johnson to start that Celebrate Pride Art Trail.

Beginning at the center, the art trail features portraits of numerous LGBTQ activists, all done by Chamberlain, at participating cultural sites throughout the city, and is meant to serve as an introduction to learn more about the movement's history.

That educational aspect is a key part of the month's celebrations, multiple organizers said. For example, Angela Daddabbo, artistic director at Auburn Public Theater, said the theater is hosting two panel discussions meant to encourage discussion and understanding between LGBTQ and straight residents.

Beyond the celebrations, Lithgow Osborne, a descendant of famed Auburn philanthropist Thomas Mott Osborne and a board member of the foundation founded in his memory, will be participating in several events, including as a panelist, hopes it'll provide the impetus for a permanent LGBTQ organization in Auburn to form.

The Osborne Association is helping support the month's activities through a grant to the Auburn Public Theater, but Osborne, a gay man himself, said he'd also like to help create a more permanent presence for LGBTQ resources in his hometown, likely with help from the association.

Living in New York City during the 1980s, Osborne saw the ravages of the HIV/AIDS epidemic among the LGBTQ community, which prompted him work with the Gay Men's Health Crisis Center in those days, and which still colors his thinking today.

For more information, including times and ticketing for events, visit facebook.com/pg/equalrightsheritage/events/.

• June 24 - A screening of the documentary "Stonewall Uprising: The Year that Changed America" at Seymour Public Library

On June 26, three banners shall fly proudly outside Westminster Presbyterian Church, each a rainbow, a promise of undying love. The first shal…

Comedian Jen Kober, of Netflix series "AJ & The Queen" and "Dead to Me," will perform Thursday, June 20, at Auburn Public Theater as part …

On June 29, there will be a rally at the NYS Equal Rights Heritage Center in celebration of the 50th anniversary of Stonewall Riots and the be…

Watch Now: Dating etiquette has changed since the pandemic

Start your morning off the right way and avoid these mistakes

Start your morning off the right way and avoid these mistakes

How to have the wedding of your dreams on a budget

How to have the wedding of your dreams on a budget