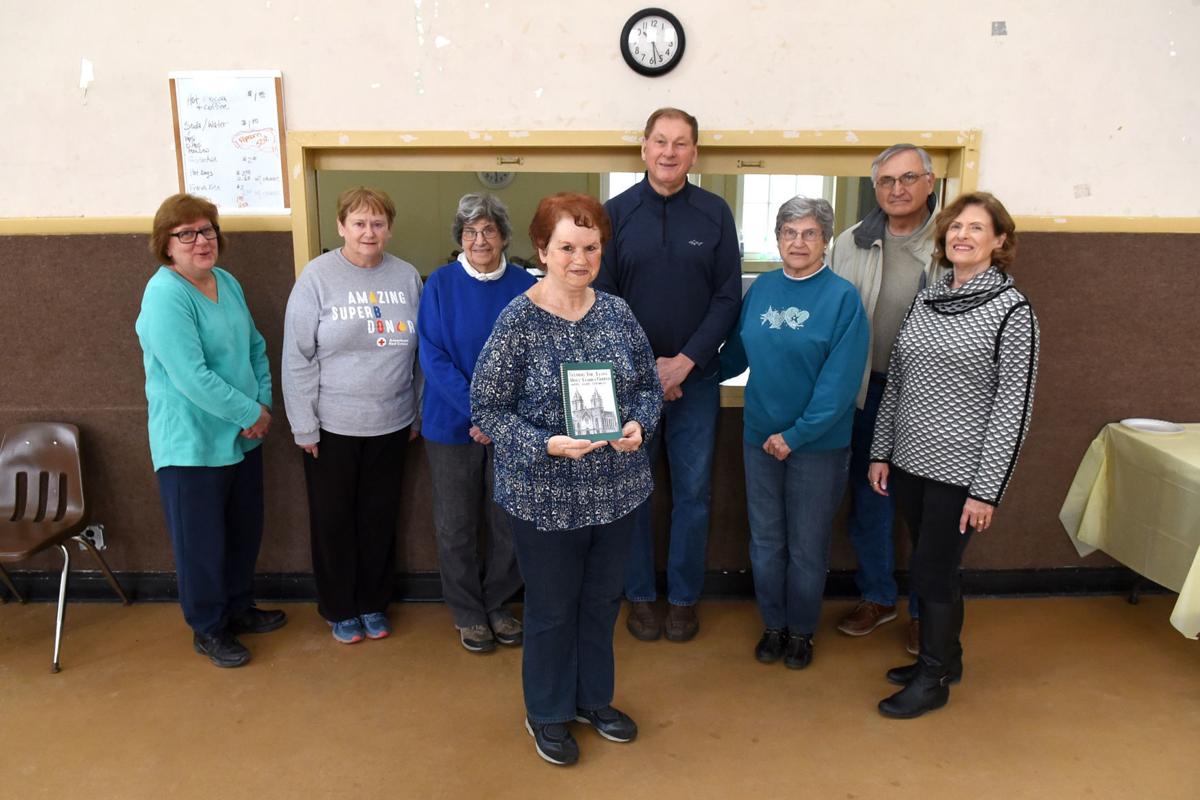 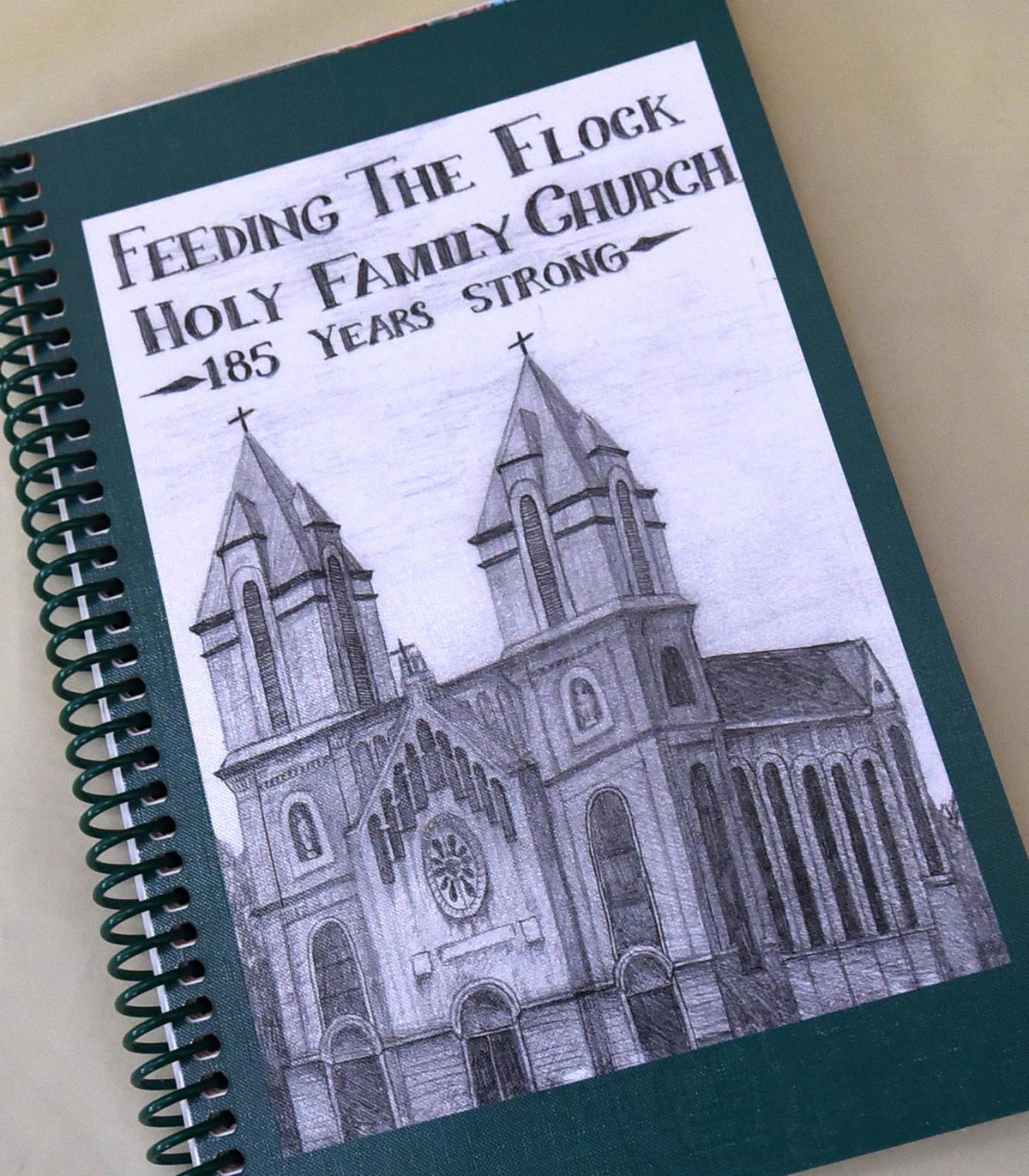 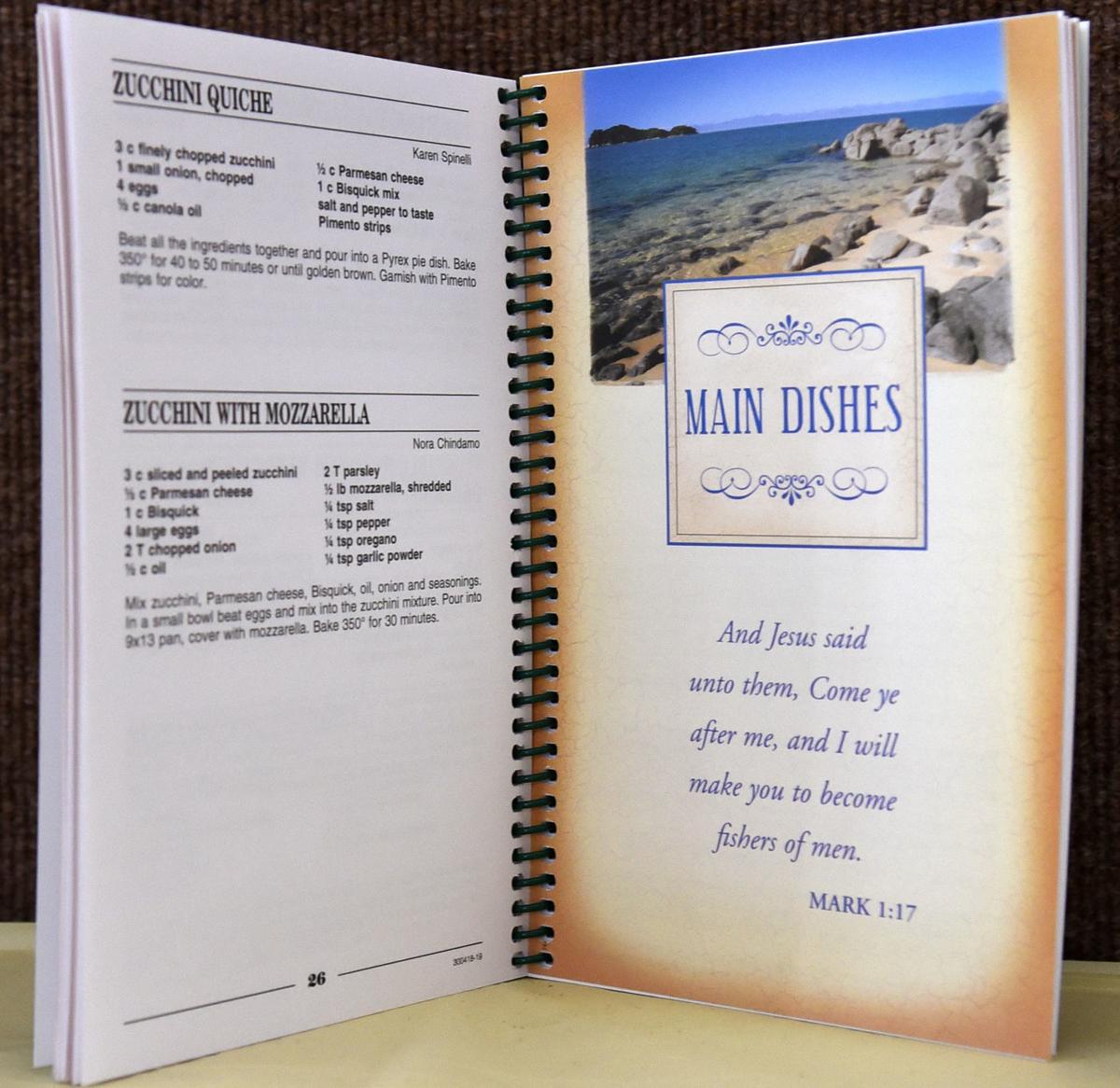 AUBURN — Bobbi Kukiela wanted the cookbook made in honor of Holy Family Church's 185th anniversary to bridge the gap between the past and the present.

The cookbook, which was made by the parishioners of the Auburn church, both marks the anniversary and serves as a fundraiser. Finished in October, "Feeding the Flock: Holy Family Church, 185 Years Strong" features around 200 recipes from various family and ethnic backgrounds. Kukiela, who organized the cookbook, came up with the idea in July.

Kukiela said the church made a cookbook years ago, and she was also involved in making one for a different church. The book's dedication includes the church's history, such as its first location, which was briefly the first church's first grammar school and is now the church rectory. It also covers the church's second grammar school and high school, which are now closed. Kukiela said that when Holy Family opened in 1834, it was the first Catholic church in Auburn. So all of the local Catholics flocked to it, making it the "mother church" of the area.

"We wanted to celebrate the past and cherish the present," she said.

People can get the book, which was published by Morris Press, by contacting the church rectory at (315) 252-9576. Though the cookbook is available to anyone for $10, Holy Family wants it to reach those who used to attend the church and the schools, Kukiela said, even if they don't attend anymore. That way, she continued, they can relive or learn about the church's history.

"That's what (we're) trying to do, is just bring them back to real memories of their younger years," she said.

The recipes in the cookbook come from across the globe, Kukiela said. They include a Polish casserole recipe, an Italian spinach lasagna and an African dish from the Rev. John Gathenya, the church's pastor, who is from Kenya. The recipes were sent in July, and those who worked on the cookbook had to proofread everything in a month. But the work was still fun, Kukiela added.

She was also happy to see so many people help out with the cookbook, she said.

"It was really heartwarming to see everyone get involved in it," she said. "It felt so good to bring the community together with one big project."

Kukiela also thanked Holy Family's fundraising committee for approving the cookbook idea and setting up a committee to make it.

Debbie Sikora, who is on the fundraising committee and whose husband, Dave, is its chair, said she thought the idea of cookbook was "something different we hadn't done in a while."

The church was thrilled with the support from people who have bought copies of the cookbook, Sikora said.

"We were very happy, thankful, blessed that people bought our cookbook and supported Holy Family," she said.

Kimberly Patch said that she tends to involve herself in the community where she “sees a need.” She was the Cayuga County homeless housing coo…

I can summarize my opinion of vaping in three words: harmful, unhealthy and dangerous. More than 40 million Americans are addicted to some for…